Marvel shared a new photo from from their upcoming series Hawkeye. The photo shows Hawkeye, Kate Bishop, and Pizza Dog at a subway station, and even though they’re not suited up, Kate has a bow in hand. Marvel’s Hawkeye will shoot onto Disney+ on November 24.

One of my favorite moments in S2: pic.twitter.com/LSg5Cg0Z5k

The Witcher showrunner Lauren S. Hissrich shared a photo from season 2 of the show with the caption, “One of my favorite moments in S2.” The photo shows Geralt handing Ciri a wooden sword. Season 2 of The Witcher premieres on Netflix on December 17. 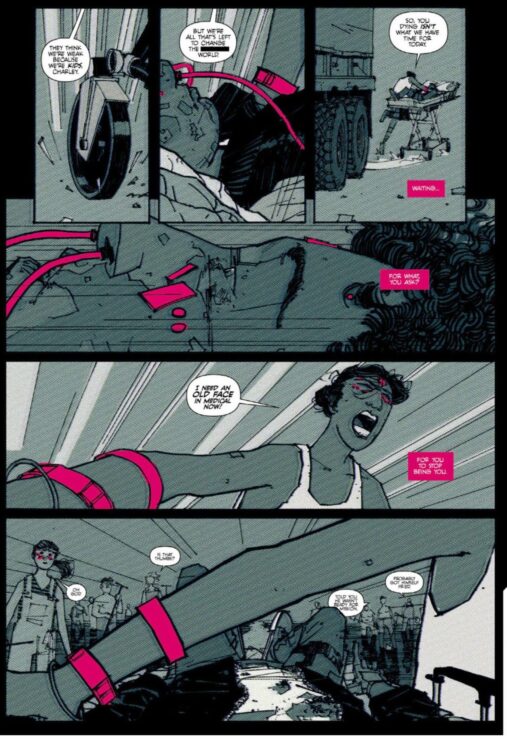 According to Deadline, Spawn creator Todd McFarlane is diving into the world of television. His company, McFarlane Films, now has a dedicated “development and production arm” for TV shows. They’re starting with two projects, one named McFarland, and another named Thumbs, based on a graphic novel by writer Sean Lewis.