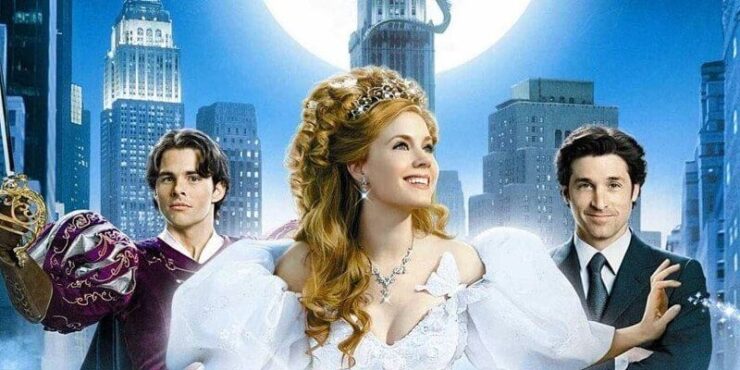 The long-awaited sequel to Disney’s Enchanted, titled Disenchanted, has been given a release update. The film is set to be released in 2022 and has been confirmed to be available to stream on Disney+ upon release. Disenchanted is set 15 years after the first film, and follows Giselle and Robert as they move with their teenage daughter to a new home in the suburbs and must discover what happily ever after truly means. Amy Adams, Patrick Dempsey, James Marsden, and Idina Menzel will all return in their original roles.

Read below for today’s headlines from the world of geek news, or listen along through Alexa or iTunes. If you like what you hear, be sure to leave us a 5-star review so we can continue to bring you up-to-date pop culture news! Free Guy gets Video Game Homage Posters https://twitter.com/20thcentury/s

Netflix has revealed the release date and an official trailer for Kid Cosmic season 2, an all-ages animated series created by Craig McCracken. The trailer promises new adventures for our heroes, who were transported into outer space at the end of season 1. The series has already been renewed for an additional third season, and Kid Cosmic season 2 debuts on Netflix on September 7.

According to Deadline, co-creator and star of Schitt’s Creek Dan Levy is set to co-write and star in a new adult animated comedy series called Standing By. The series takes a satirical look at a group of disgruntled guardian angels and the dysfunctional humans they are protecting. Ally Pankiw will also co-write, previously working with Levy as a writer on Schitt’s Creek season 3. Standing By will debut on Hulu, but there is no release date for the project at this time.