WB Games shared the official cinematic trailer for their upcoming game MultiVersus. The trailer shows a variety of characters and the cinematic versions of their powers, from Batman, Superman, and Harley Quinn to Jake the Dog and Finn the Human, Tom and Jerry, and others. The closed alpha for MultiVersus will begin on May 19. 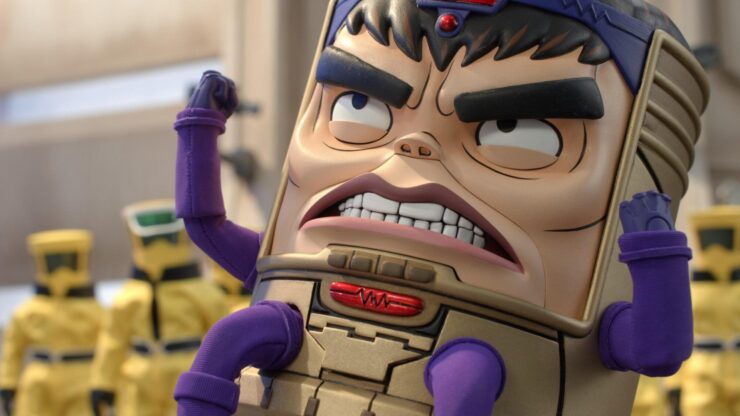 Marvel and Hulu have decided to cancel one of their shows. Marvel’s M.O.D.O.K. has been canceled after just one season. There is no further news about Marvel’s animated projects at this time.

New Footage of Lucifer in The Sandman

Geeked Week 2022 is about to be out of this world with Stranger Things, The Sandman, The Gray Man and more coming your way June 6-10. 🌎🌍🌏 #GeekedWeek pic.twitter.com/D8l07DB6yc

Netflix shared a new trailer for their upcoming event Geeked Week 2022. The trailer reveals footage of Lucifer from Neil Gaiman’s The Sandman. We’ll learn more about The Sandman during Netflix’s Geeked Week from June 6 – June 10.

Peacock has brought on another to the cast of their upcoming series adaptation of the popular video game Twisted Metal. Stephanie Beatriz (Mirabel in Disney Pixar‘s Encanto) is set to play Quiet, a ferocious car thief who acts on pure instinct. “When she becomes clouded by her need for revenge, Quiet forms an unlikely, antagonistic bond with John Doe,” played by Anthony Mackie (Captain America in The Falcon and The Winter Soldier).