Kiersey Clemons Returns as Iris West in The Flash

WB has confirmed more casting for their upcoming DC Comics film, The Flash. According to THR, Justice League star Kiersey Clemons will reprise her role as Iris West alongside Ezra Miller’s (Justice League, Fantastic Beasts) Barry Allen. There is no further news about The Flash at this time. 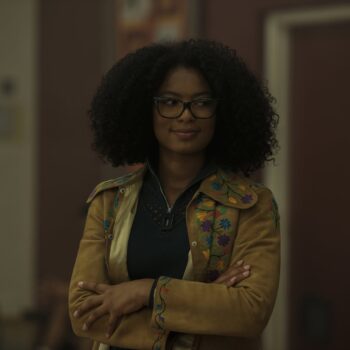 Two more have joined the cast of Amazon’s spinoff of The Boys, focused on Vaught’s college for superheroes. According to Variety, Lizze Broadway has joined cast. Deadline reports that Jaz Sinclair will also play a lead role.

According to Deadline, Ruby Cruz has joined the cast of Disney+’s Willow. Cruz is reportedly replacing Cailee Spaeny as “the female co-lead opposite Ellie Bamber and Erin Kellyman”. There is no further news about Willow at this time.


HBO Max released the trailer for their fourth and final season of their animated anthology series Infinity Train. The trailer shows two best friends with dreams of being rock stars arriving on the Infinity Train at the same time with the same number. The mystery of the Infinity Train will come to a close when the fourth season premieres on HBO Max on April 15th.