Watch Oscar Isaac, Ethan Hawke, and May Calamawy in this new action-packed clip from Marvel Studios’ #MoonKnight, an Original series streaming March 30, only on @DisneyPlus. pic.twitter.com/SYPvNGK4HM

Marvel shared new footage from Moon Knight. The footage gives us a closer look at Arthur Harrow’s evil magics, as a purple portal summons a claw from some strange mystic depths. Moon Knight will rise onto Disney+ on March 30.

The Witcher – A New Saga Begins

CD Projekt Red announced a brand new game from the world of The Witcher. They shared the announcement with a photo of a lynx medallion covered by snow, indicating that they will be exploring the very first Witcher school. There is no further news about The Witcher‘s new saga at this time.

Experience an unforgettable journey back to Hogwarts when Fantastic Beasts: #SecretsofDumbledore lands in IMAX, April 15. pic.twitter.com/spVtSbxWBM 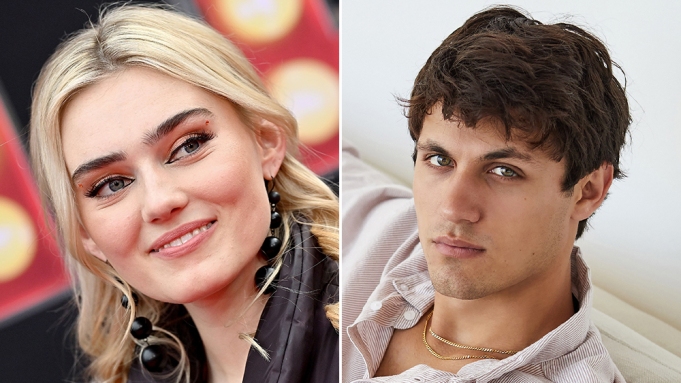 According to Deadline, The CW has found the actors for Sam and Dean Winchester’s parents. Meg Donnelly and Drake Rodger will play Mary and John, respectively, in the Supernatural spinoff series. There is no release date for The Winchesters at this time.

The Defenders' Best Moments in their Marvel Netflix Series