Venom: Let There be Carnage Trailer

We missed you… so much. Sink your teeth into the new #Venom: Let There Be Carnage trailer. Only in theaters September 24. pic.twitter.com/rAKgoQtMfE

Sony released their trailer for their Venom sequel. In the trailer, Cletus Kasady is writing a letter to Eddie Brock, telling him how much he missed him. Venom: Let There Be Carnage premieres in theaters on September 24th.

Check out the brand-new character posters for Marvel Studios' #BlackWidow. Experience the film in theaters or on @DisneyPlus with Premier Access on July 9. Additional fee required. (1/6) #NatashaRomanoff pic.twitter.com/QUMEPDn323

Marvel released new character posters for their upcoming film Black Widow. There are 6 posters, each with a character and the actor’s name, but interestingly, the actor who plays the villain Taskmaster still hasn’t been revealed. Black Widow premieres in theaters and on Disney+ on July 9th.

The CW shared new photos from Supergirl’s upcoming episode “Blind Spot” revealing the costume for Azie Tesfai’s Kelly Olsen when she steps into the role of Guardian. This will mark Tesfai’s debut as a writer on the series, it will also be the first Ethiopian or Eritrean superhero ever. Supergirl is premiering on The CW now. 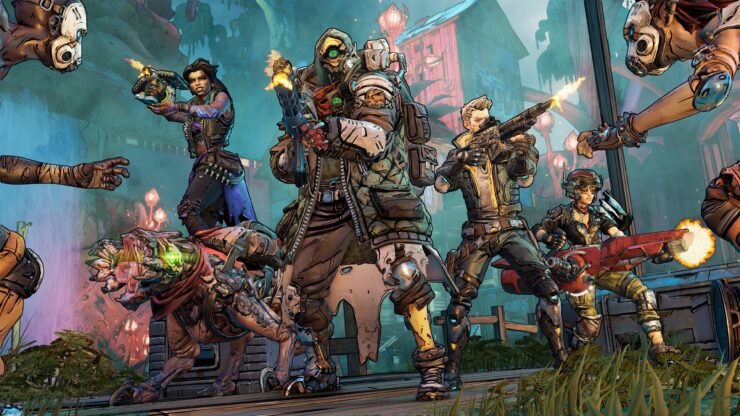 According to Deadline, Lionsgate and Eli Roth have rounded out the cast for the Borderlands film. They’ve added Gina Gershon as Moxxi, Cheyenne Jackson as Jakobs, Charles Babalola as Hammerlock, Benjamin Byron Davis as Marcus, Steven Boyer as Scooter, and Ryann Redmond as Ellie. Bobby Lee has also joined the cast in the new role of Larry.