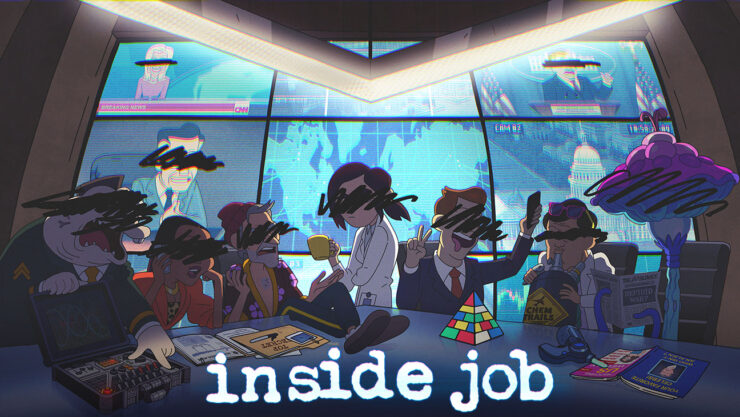 Netflix has revealed that actors Clark Duke, Christian Slater, and Lizzy Caplan will lead the voice cast for the upcoming adult animated series Inside Job. The show is a comedy about a dysfunctional shadow government team whose job it is to commit the world’s conspiracies. Inside Job is coming from creator and showrunner Shion Takeuchi, along with executive producer Alex Hirsch, known for creating Gravity Falls. 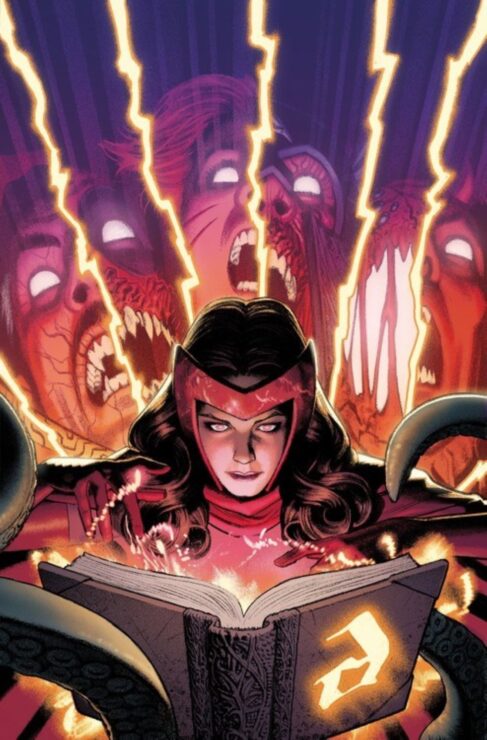 Marvel has revealed updated release information about the shelved comic series called Darkhold. In Darkhold, the Scarlet Witch and Doctor Doom will vie for control over the Darkhold, an infamous book of powerful and possibly apocalyptic magic. The book was seen by fans at the end of the WandaVision series, but it’s unknown if this story will bear any similarities to the live action show. Darkhold will debut on September 22nd this year, written by Steve Orlando with art by Cian Tormey.

Director Andy Muschietti has shared a new tease of Barry Allen’s suit from the upcoming Flash film from DC and Warner Bros. The image was presented without comment on Instagram but shows a slightly different lightning bolt logo on a red chestplate that is less armorlike than before. The Flash arrives in theaters on November 4, 2022. 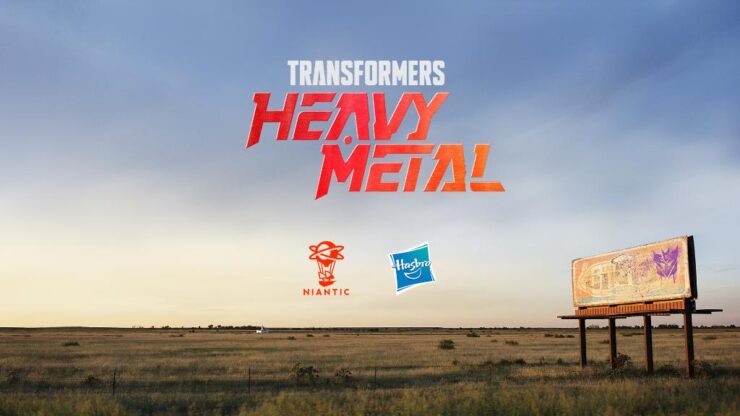 A new Augmented Reality mobile game created by Niantic and Hasbro has been announced, called Transformers: Heavy Metal. In the game players will join forces with the Autobots to “uncover hidden regions across Earth to find resources and battle Decepticons in turn-based battles, either solo or with friends.” Niantic is perhaps best known for Pokemon Go and their Harry Potter: Wizards Unite games. Transformers: Heavy Metal will enter soft launch soon for Android and iOS.