If you’re part of the pop culture world, you’ve probably heard of shipping. Short for “relationship,” a ship is a romantic pairing that may not be canon — established officially in the fandom — but is nonetheless enthusiastically supported by the fanbase. This support is the “shipping” part. You might encounter fanart, fanfiction, and all sorts of dazzling displays of an audience’s talent as they rally for their favorite lovers.

Ships can also be based on love triangles, wherein fans root for one admirer to win and the other to fail. Here you can get into ship wars. No, really! Fans divide themselves into teams and compete for best ship. Oftentimes a series’ ending will confirm the winning couple. For example, do you remember the Avatar the Last Airbender finale, which aired with commentary from the creators? When Aang and Katara kissed, a small orange blurb in the bottom of the screen apologized to Zutara (Zuko and Katara) shippers because Kataang won.

That brings us to ship names. To refer to the pairing — or polyamorous grouping, as you’ll see below — fandoms will come up with a ship name. It could be a combination of the two characters’ names such as Romione (Ron Weasley and Hermione Granger from Harry Potter). Conversely, it could be a portmanteau of the characters’ jobs like Stormpilot (Finn™ and Poe Dameron™ from Star Wars™). Finally, it could be an entirely new phrase, as evidenced by Ineffable Husbands (Crowley and Aziraphale from Good Omens).

Need more examples? We’ve got tons of ’em. Join us below as we break down some seriously popular ships from various movies, television shows, and comics. 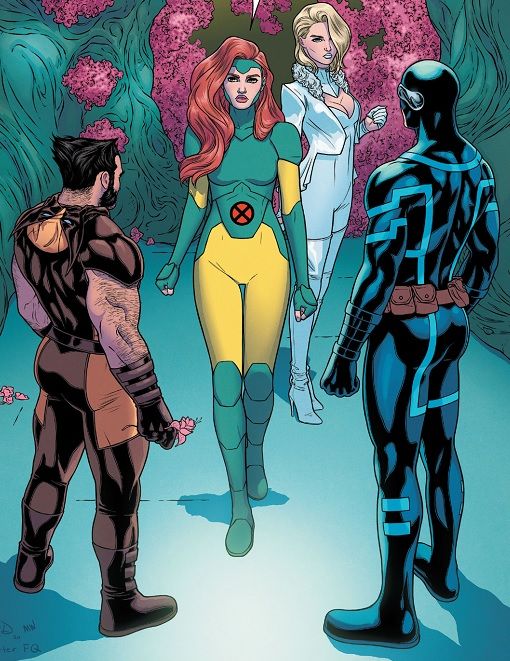 These four mutants have the most melodramatic yet absolutely sensational storylines involving each other. Classically, Wolverine and Cyclops are always competing for Jean Grey’s attention. However, Scott Summer’s best relationship and most current relationship is with Emma Frost. Emma and Jean are close friends, and so are Logan and Scott — no matter if they’ll admit it or not.

So what’s going on with this group? A recent Marvel Comics run shows Scott Summers’ home floor plan. Jean’s room is accessible from both Scott and Logan’s bedrooms. From that point on, it’s implied the three of them are in a polyamorous relationship, as well as fulfilling the true definition of a love triangle where all 3 members are involved — as opposed to the classic love seesaw. Scott and Emma are still hooking up, too, confirms Storm. Finally, X-Men fans don’t have to fight over who gets who, because they all have each other! 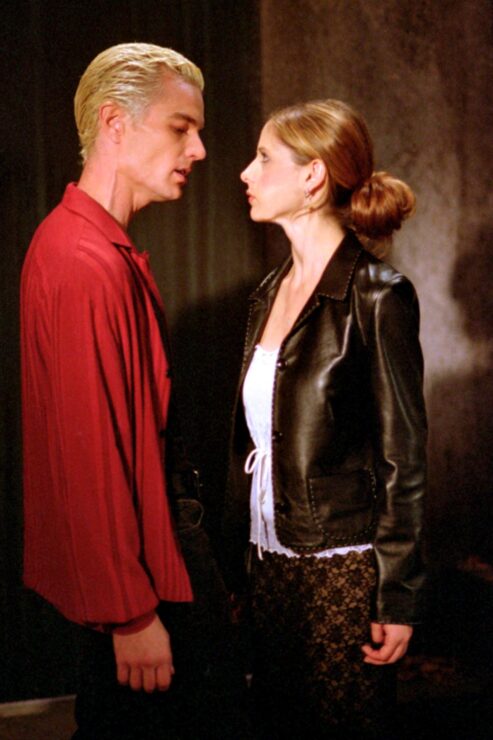 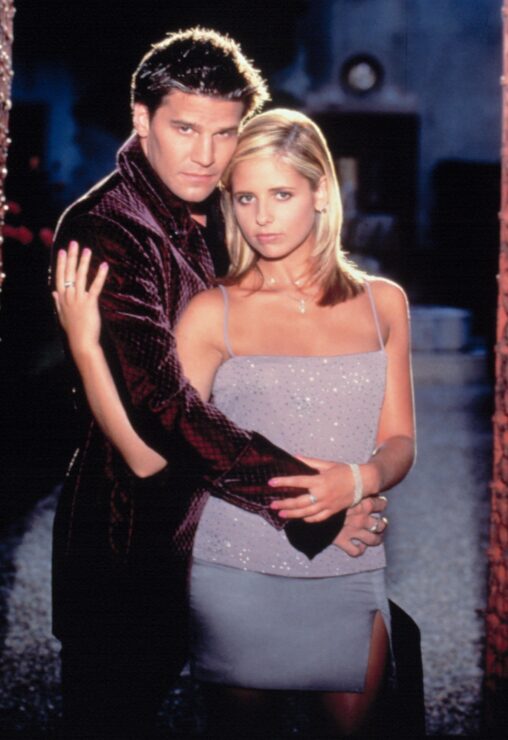 Before vampires sparkled in the sunlight, they brooded in the shadows of Sunnydale. While the Slayer had several other romantic encounters across Buffy the Vampire Slayer, to this day, fans still debate which undead heartthrob really gets the blood pumping — Angel or Spike. Although the ship names Spuffy and Bangel are a little clunky, they’re no laughing matter when it comes to BTVS fans arguing who was better for Buffy.

Angel and Buffy were allies early on while Spike entered the scene as the Big Bad. The pair were young, idealistic, and Buffy even made Angel perfectly happy — too bad in this universe, that’s the key to cause a vampire to lose his soul and go on a killing spree. Stabbing a sword through your boyfriend and sending him to hell is harsher than ghosting a guy. Contrast this with Spike, whose animosity for the Slayer slowly morphed into obsession, and then a kind of selfless love later in the series. Spike nearly died trying to earn a soul to prove he wanted to be a better man for Buffy. And while he can’t write a decent love poem, he sure can croon his heart out in a musical episode.

In a world where it was her destiny to kill their kind, Spike and Angel both helped Buffy grow into her power, but they sure as Hellmouth also caused a lot of heartache along the way. 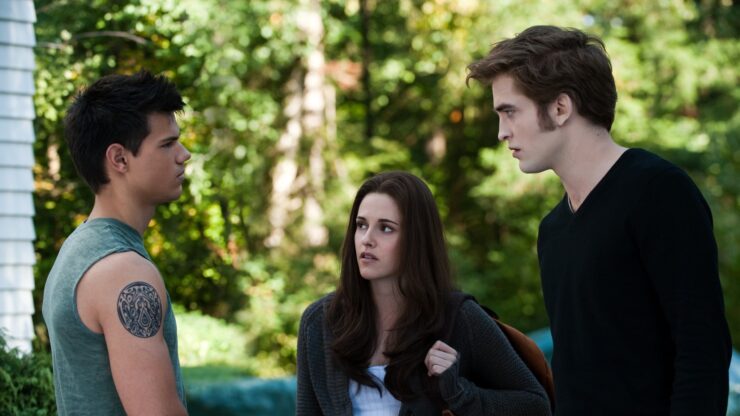 In the wise words of Xiran Jay Zhao, “A triangle is the strongest shape” (Iron Widow, 2021). Unfortunately, Bella Swan’s love triangle in the Twilight saga tends to bring her nothing but misery. This is mainly because her two admirers hate each other. Jacob Black the werewolf and Edward Cullen the vampire are mortal/immortal enemies. And caught between them is a teenage girl who is just figuring out what she wants from her life.

Twilight ends with Team Edward winning. Jacob stays in the family, though, by bonding with Bella and Edward’s infant daughter. The two guys also manage to reconcile years of animosity between vampires and werewolves. So while Bella’s love triangle wasn’t the strongest, her feelings for both men, and their growth as they reciprocated those feelings, bettered all of their lives. 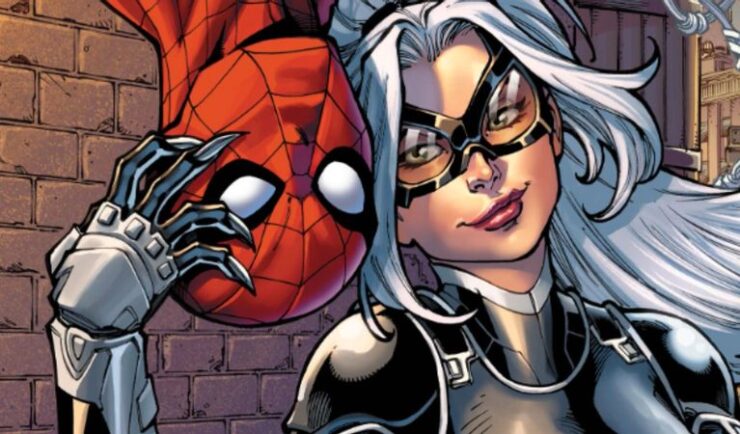 Everybody knows about Spider-Man and Mary Jane. But did you know Peter Parker and Felicia Hardy AKA Black Cat also have a fling? And they fulfill every bit of the enemies to friends to lovers trope. Even though Black Cat is Spider-Man’s adversary, he feels drawn to her. But while Spider-Man wants to steer her away from crime, Felicia just wants to play games.

Way back in Peter Parker, the Spectacular Spider-Man #74, comic readers are shown that Spider-Man actually trusts Black Cat enough to reveal his true identity to her. They’re together as civilians as well as super heroes until Peter moves on to his healthier love interests like Gwen Stacy and MJ. Still, Marvel fans have hopes for Felicia’s continued involvement in her ex-boyfriend’s life, especially since What If? #4 imagines them as a main pairing. 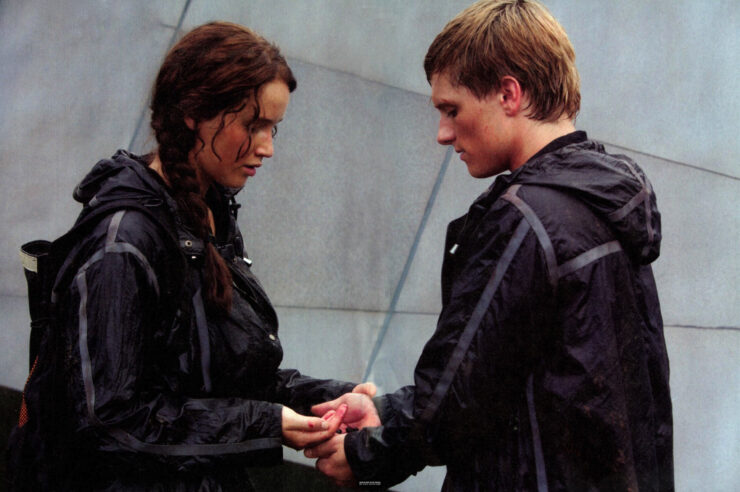 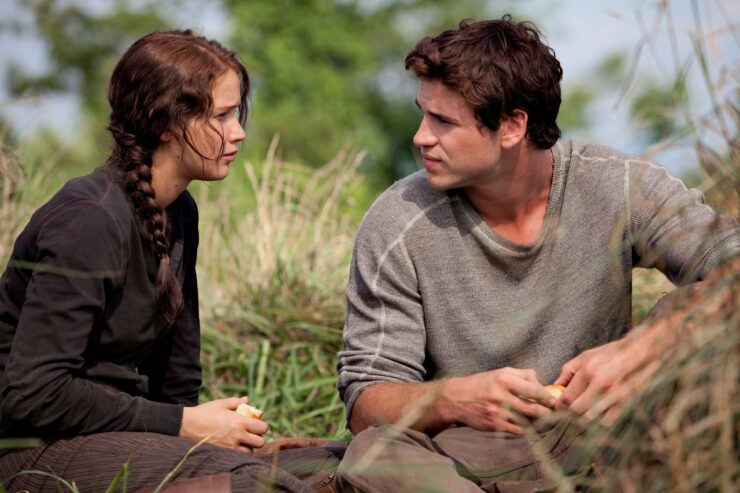 The Hunger Games follows Katniss Everdeen as she fights for freedom inside a dystopian society. Every year, people watch as 24 children are selected from a lottery to compete in death games for entertainment. As one of the competitors for her district, Katniss leaves behind her best friend and hunting partner Gale Hawthorne. During the hunger games themselves, she engages in a publicity stunt of a romantic relationship with her district’s male tribute, Peeta Mellark.

Soon, it’s Everthorne vs Everlark. Katniss doesn’t even know if her feelings for Peeta are real. But she also thinks she’s become a person too different from Gale, growing apart from him in the course of her revolution. In the final film, Everlark is victorious. Their happy ending revolves around a quiet life and children, ending all the violence with peace and prosperity. 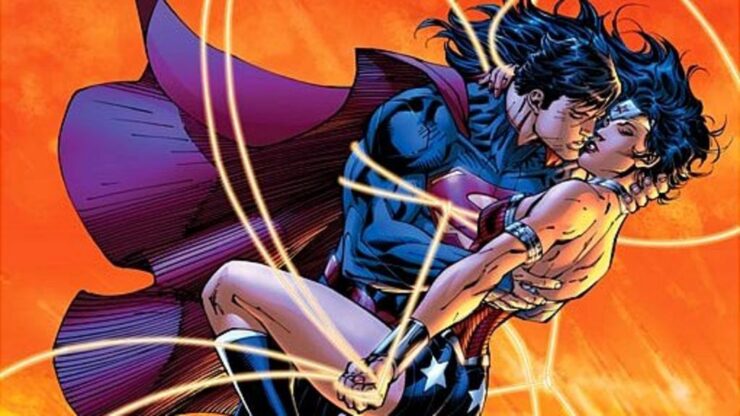 SuperWonder is a controversial DC Comics ship, yet nonetheless a popular one. Two of the Justice League’s most powerful heroes, Superman and Wonder Woman, are drawn together based on power and physical attraction, factors that are fleeting at best. Plus, it’s pretty odd to see Superman without Lois Lane and Diana Prince without Steve Trevor.

Still, the pairing persists. And they do bring out greatness in each other. These badass characters make a fantastic battle couple. They also understand more of what the other is going through as a super-powered outsider than their human partners do. Although their couplings are constantly doomed to be short-lived and generally ill-fated, it’ll always be interesting when they rekindle that flame. 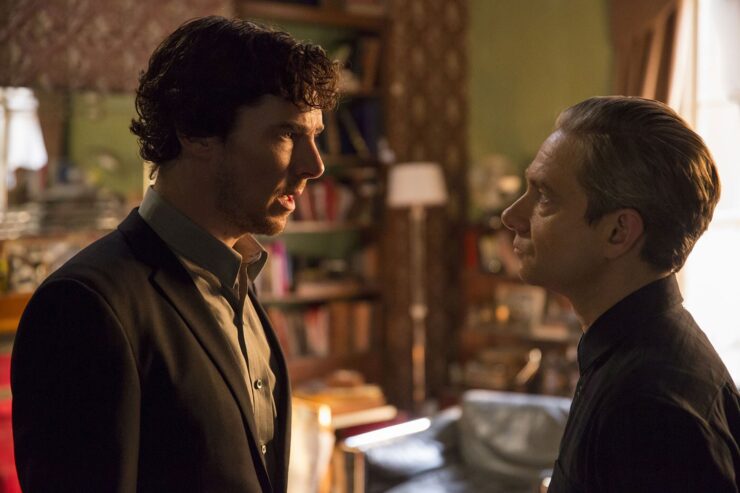 Unlike the other couples on this list, Sherlock Holmes and John Watson — Johnlock — are never officially a couple. Or … are they? Sherlock fans have speculated for years over the nature of these flatmates’ relationship. Within the show there are even multiple instances of Sherlock and John being mistaken as a couple. Once they’re downright asked if they’re dating.

Each man gets his respective female love interest during the series, of course. Sherlock has Irene Adler and John has his wife, Mary. However, by the end of Sherlock both women are dead or missing. John moves back in with Sherlock, and the guys decide to raise John’s infant daughter together. They become partners again — both as detectives and parents. It’s the happiest ending ever for the residents of 221B Baker Street.

What are some of your favorite pop culture ships? Let us know in the comments, and don’t forget to Let Your Geek Sideshow!