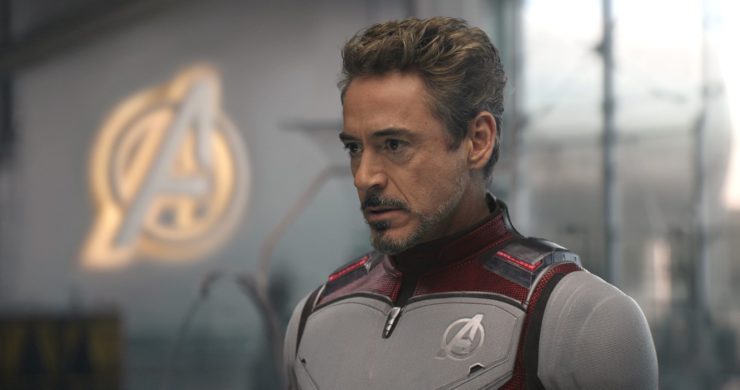 Jeff Goldlbum confirmed that Robert Downey Jr. will be coming back as Iron Man for one of their upcoming TV series. Goldblum explained that he went to Disney Studios to record for What If…?  saying “This episode included the Grandmaster and Iron Man,” said Goldblum. “So Robert Downey [Jr.] will do a voice in that. And Korg, Taika Waititi, had already recorded his voice for that.” There is no further news about Marvel’s What If…? at this time.

The Man in Black ⚡️ Like most kids growing up, I dreamed about being a superhero. Having cool superpowers, fighting for what’s right and always protecting the people. It all changed for me, when I was 10yrs old and was first introduced to the greatest superhero of all time – SUPERMAN. As a kid, Superman was the hero I always wanted to be. But, a few years into my fantasy, I realized that Superman was the hero, I could never be. I was too rebellious. Too rambunctious. Too resistant to convention and authority. Despite my troubles, I was still a good kid with a good heart – I just liked to do things my way. Now, years later as a man, with the same DNA I had as a kid – my superhero dreams have come true. I’m honored to join the iconic #DCUniverse and it’s a true pleasure to become, BLACK ADAM. BLACK ADAM is blessed by magic with the powers equal to SUPERMAN, but the difference is he doesn’t toe the mark or walk the line. He’s a rebellious, one of a kind superhero, who’ll always do what’s right for the people – but he does it his way. Truth and justice – the BLACK ADAM way. This role is unlike any other I’ve ever played in my career and I’m grateful to the bone we’ll all go on this journey together. BLACK ADAM 12.22.21 ⚡️ Huge thank you to my friends, @jimlee and @bosslogic for this first time ever bad ass collaboration.

Dwayne Johnson confirmed the released date for the long-awaited Black Adam movie. He shared a depiction of Black Adam on social media created by artists Jim Lee and Boss Logic, explaining how Black Adam is the kind of hero he’s hoped to be since he was 10 years old. Black Adam will fly into theaters on December 22nd, 2021.

Matt Reeves, the director of the upcoming Batman film, starring Robert Pattison, has officially confirmed that Andy Serkis will be playing Bruce Wayne’s Butler, Alfred Pennyworth. He announced it with a post on his twitter saying “Here comes Alfred!” with a gif of Andy Serkis running and high fiving his fans. The Batman will sneak into theaters on June 25th, 2021.

Read below for today’s headlines from the world of geek news, or listen along through Alexa or iTunes. If you like what you hear, be sure to leave us a 5-star review so we can continue to bring you up-to-date pop culture news! Robert Downey Jr. Returns as Iron Man Jeff Goldlbum confirmed that Robert

Star Wars Jedi: Fallen Order is officially out today! You’ll play as Cal Kestis as you embark on your journey and search for an ancient artifact that’s just as important to the Jedi as it is to the Sith. Jedi Fallen Order is available on PS4, Xbox One, and PC today.

Marvel vs. DC with The Russo Brothers', New Marvel Casting, and more!