Roll the End Credits: The Best of Star Wars Beyond the Movies

In 2012, Disney purchased Lucasfilm from George Lucas for $4.05 billion, and ever since then, a debate has raged on whether the cost was worth it or not. And while Mickey has recouped and then some to a tune of $6 billion, many media outlets are only accounting for the six movies made since Lucas relinquished total control.

It’s undeniable that the movies are the primary source of the fandom, but real devotees will delve headfirst into an immersive world that exists outside of theaters, and to them, that’s the real appeal of the universe Lucas birthed. An opportunity to get lost in a galaxy far, far away, whether that’s through collectibles, comics, video games or old school tabletop games.

Therefore, we thought that this was a perfect time–a) given them ambiguity of the franchise’s cinematic future, and b) in recognition of the just celebrated May the Fourth–to identify the best extensions of the Star Wars universe from the last few years ever since the visionary filmmaker handed over the Millennium Falcon keys to Disney. 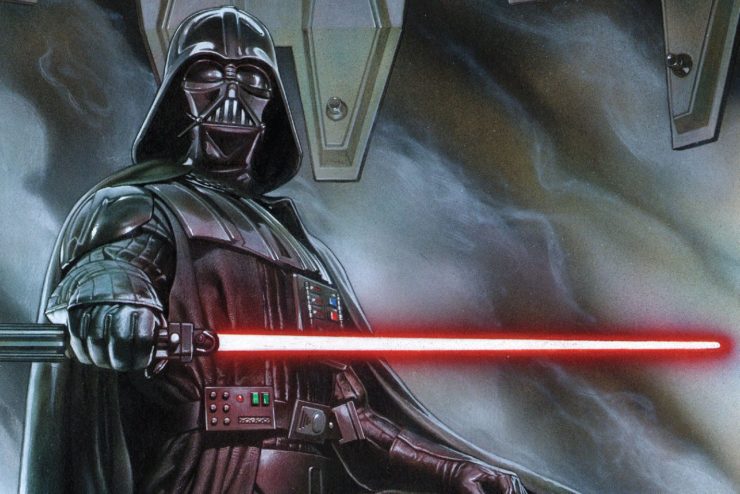 As another adopted Disney portfolio child, Marvel Comics was given the opportunity to explore in-between movie stories within the Star Wars mythos. And of all the titles, British comic writer Kieron Gillen’s Darth Vader stands out as the impressive, most impressive one.

Citing influences as wide ranging as I, Claudius, The Godfather, and House of Cards, Gillen portrayed Vader as a Machiavellian politician and through internal monologue, humanized one of history’s most formidable villains despite his wearing the legendary opaque mask. 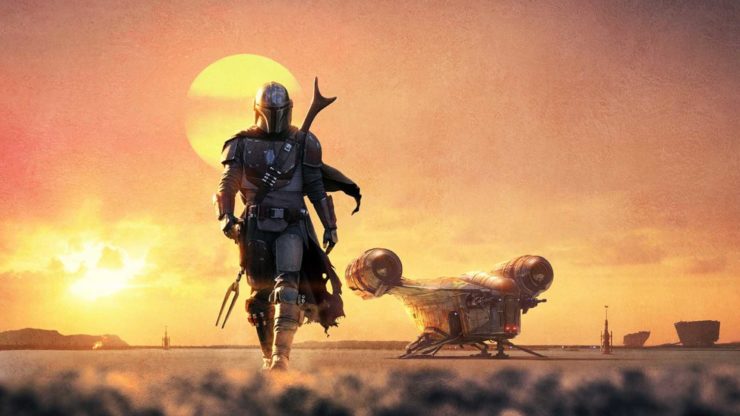 Within the first three months of launch, the Disney+ streaming service amassed 28.6 million subscribers. That’s a lot of Beskar. And with the Mandalorian as its only original series offering at the time, many speculated that those initial members joined based solely on a visual of a Boba Fett lookalike with a preference for Earth colors.

Little did we know that Mando wasn’t the only incentive–with its first appearance during “Chapter 1,” an insatiable Baby Yoda craze took the world by storm, so much so that Disney itself didn’t even anticipate it. Add in an inspired and scene-stealing Werner Herzog cameo, a Taika Waititi-voiced droid (“to nurse and to protect”) and a slick Western vibe a la Morricone, and you’ve got the most inspired Star Wars output we’ve seen in years. This is the way indeed. 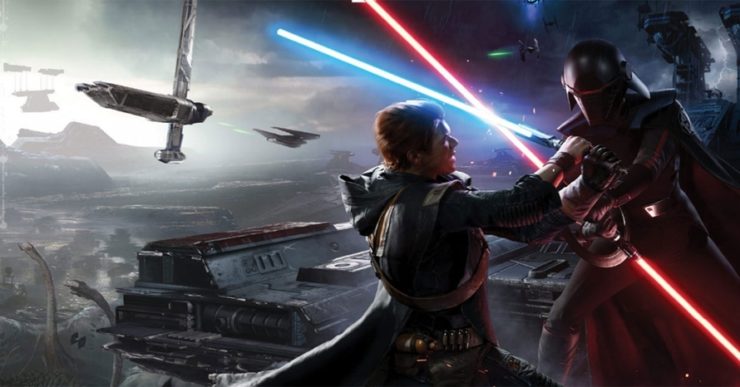 Often video games tend to suffer as nothing more than a blatant cash-in with tenuous narrative connections at best when it comes to franchise expansion, but this year’s Star Wars Jedi: Fallen Order serves as a prime example on how to do right by the Force.

This thrilling third-person gameplay tells the story of a young, redheaded Jedi named Cal Kestis, acted by Gotham alum Cameron Monaghan, who is on a mission to reclaim a holocron data cache that contains a comprehensive roster of every force-sensitive child in the galaxy. Obviously, the Dark Side wants it too, but with you at the controls, that’s not gonna happen, is it? 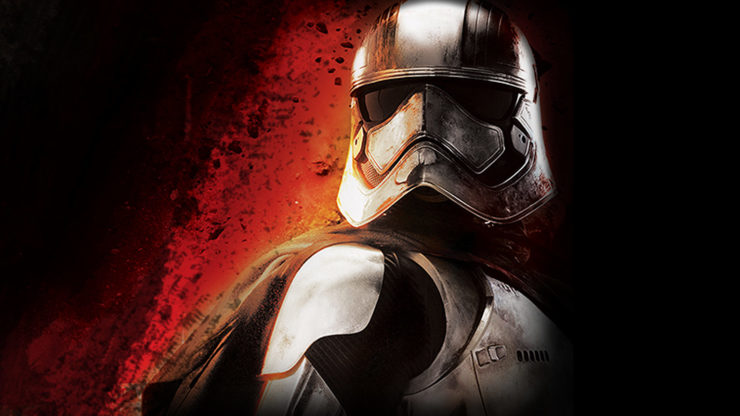 Of the many complaints about the recent JJ Abrams-helmed trilogy, there is at least one very valid one; the wasted potential of the chromiest badass in the galaxy, Phasma.

Portrayed by Gwendoline Christie, famously known as Brienne of Tarth from HBO’s Game of Thrones, fans predicted in the months leading up to The Force Awakens that her Captain Phasma would be a vital character. Her screen presence, however, was as consequential as Lobot’s.

In steps author Delilah S. Dawson, who says, “Hold my blue milk,” and weaves an intricately woven yarn involving espionage, power struggles, and a canonical backstory worthy of Phasma herself. The novel, which reveals her home planet (Parnassos) and her formative relationship with General Hux among other unknown prior details not only fills in the blanks, but also satisfies the Phasma itch you didn’t know you had. 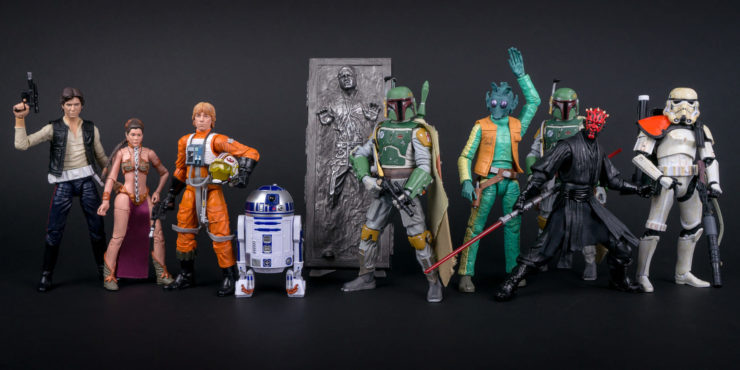 If you grew up collecting the original Kenner Star Wars action figure series, you understand the true meaning of the word “disappointment.”

A vague resemblance to the actor, if any. Limited articulation, if any. And accessories that got lost within seconds of opening, if any. But we all bought them, and they nevertheless brought us joy. Because we didn’t know better.

But with the Star Wars Black Series 6” line by Hasbro, saying that we now know better is an understatement. These molded mini miracles are still often found in the toy section of your favorite retailer, but we all know the truth. These things are art. They are articulated recreations of the life-sized real thing almost as if Harrison Ford, Oscar Isaac, Mark Hamill, or Daisy Ridley were shrunk down to collectible size and then told to stand lifelessly still on our shelves for us to admire. And sure, we could pick out a select few from the line, but when the line is as vast and impressive as this (yes! That is a faux fur skirt!), like a Jawa at a Mudhorn egg buffet, you’d be hard pressed to pick just one. 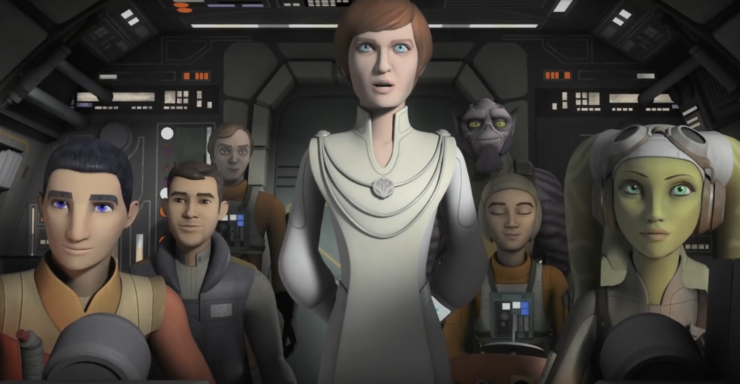 Set five years before A New Hope and fourteen years into the Empire’s reign, Star Wars: Rebels revolves around six crew members aboard the Ghost starship who spend the course of four seasons, or seventy-five episodes, doing what they do best, which as you may have guessed based on the title, is rebelling.

According to one of the show’s co-creators Carrie Beck, the series was inspired by the A-Team, i.e., a ragtag group of misfits out to right some wrongs, with a visual style reminiscent of Hayao Miyazaki’s Studio Ghibli. And that template proved to be a massive success: Not only was the series nominated for a couple of Emmy Awards, but Rebels currently has a 100% Tomatometer score. And not even according to the audience–that’s the critics’ score. Which is great, kid. But don’t get cocky. 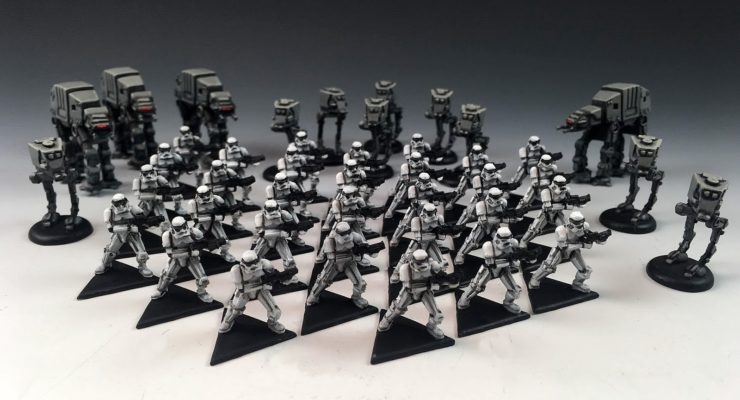 Here’s the part of the article in which I convince you to buy a board game.

Star Wars: Rebellion by Fantasy Flight Games is as close as you’ll get to partaking in total galaxy domination. Included within this trilogy-in-a-box are 170 miniatures, 25 leaders, 10 custom dice, 170 cards, and a sprawling gameboard that maps out every planet ever referenced throughout the Star Wars mythos–yes, even Kashyyyk–and the option to control either the Galactic Empire or the Rebel Alliance.

And like every classic Star Wars narrative, you either conquest or fight the conquest. But as this game suggests through its 3-4 hours of recommended gameplay time, it’s definitely not as simple as bullseyeing womp rats in your T-16. There are, of course, two manuals of rules and strategies, but then again, any fight worth having is one worth sitting down a whole evening for. 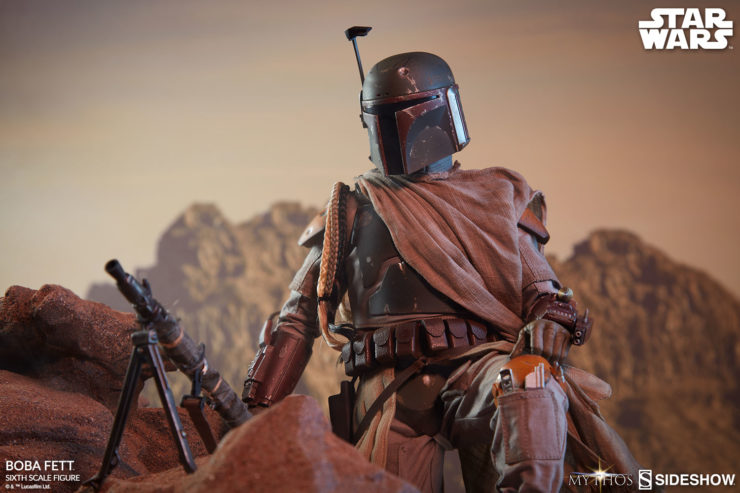 Is there anyone cooler in the Star Wars cinematic universe than Boba Fett? That’s a rhetorical question. Of course there isn’t.

But if there’s one character that’s been heavily represented over the years through merchandising, it’s Mr. Fett himself. Which is why it’s so refreshing to see a new take on him with the Sideshow Mythos sixth scale figure.

Featuring enough weapons and accessories to qualify this iteration as the most formidable Mandalorian ever (even when standing up to this guy), this weathered and battle damaged Boba Fett tells many o’ war stories just by sitting on the shelf. So, if it’s a worthy bounty you’re looking for, the search doesn’t start at Mos Eisley cantina. It starts here with this collectible.

What is your favorite Star Wars story that goes beyond the films? Let Your Geek Sideshow and tell us in the comments!

5 Wonder Woman Comics to Read While We Wait for WW84