Special effects…convoluted plots…A-List actors. These are all elements to the best sci-fi movies of all time.

In the final list of the Sci-fi Seven, check out these 21st century movies that have gone down in history as either blockbusters or critically acclaimed works of art.

War of the Worlds 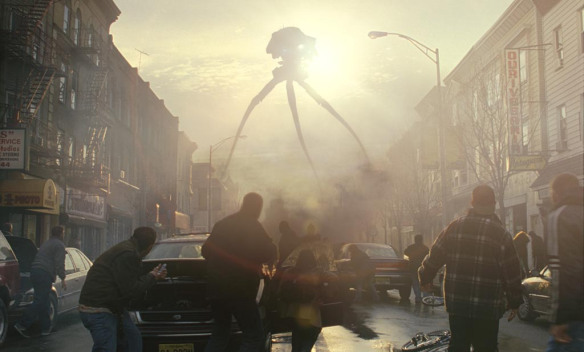 The very first film version of H.G. Wells’s classic Martian novel was on the first Sci-fi Seven list, so it’s only appropriate that the 2nd most well-known version be on the final list.

Like the original, the Steven Spielberg version deserves a lot of credit for its palpable suspense and its breathtaking visual effects. The alien war machines, the Tripods, are so detailed and properly colored that they don’t seem like CGI at all. Some of the shots in this movie are more realistic than current computer graphics – and this was 2005.

There’s a lot more to love in this film. Tom Cruise’s performance is fantastic, adding to the film’s hyper-real atmosphere. As later showcased in The Walking Dead, sometimes the movie monsters aren’t the only things to fear – the whole world clamors for survival in a mass panic that sees humanity at its most broken and animalistic.

Add in some John Williams music, and voila – another Spielberg masterpiece. District 9 was very different from films that had come before. It took everything that was awesome about flying saucer movies and turned it all up to eleven with an intricate plot of creativity. Directed by Neill Blomkamp, the film is a special effects candy store about alien refugees stuck on Earth with an immovable spacecraft.

The creatures, called Prawns, are treated horribly and forced to live in camps away from the human population. Still, ruthless gangs attempt to use the creatures’ body parts and their weaponry, and scientists study them in cruel ways.

Aside from the obvious sci-fi appeal, the most interesting thing about the film is that it makes the audience sympathetic towards the imprisoned Prawns. Plus, the fact that a human becomes infected with the aliens’ genome and slowly transforms into one of them is at times disturbing and always entertaining. 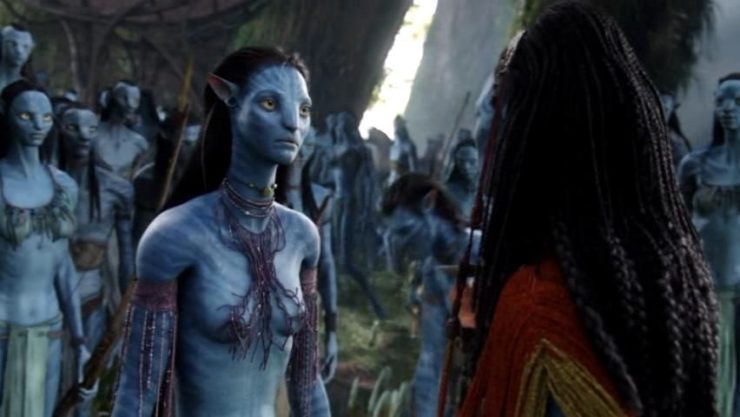 James Cameron’s Avatar was many things at once. It was somehow new, original, different, and cliched all at the same time. Still, the originality came out on top – it is now the second highest grossing film of all time, and it was number one before some superheroes returned earlier this year.

The film had a cool plot pretty close to Dances with Wolves. Humans were studying a species of aliens called the Na’vi, and scientists found a way to put their minds in the bodies of specially grown aliens. This was done in an attempt to win over their trust, but as you know, things got pretty complicated.

The film turned out to be a great metaphor for something that’s happened often in human history – a more ruthless and numerous culture invades and conquers the land of another.

Despite the seemingly simple plot, there’s a lot of nice character development and moments of pure emotion. But the best thing about it was the way it Looked. Avatar was and is a breakthrough in computer animation, showcasing the detail and complex movement of an entire on-screen ecosystem. 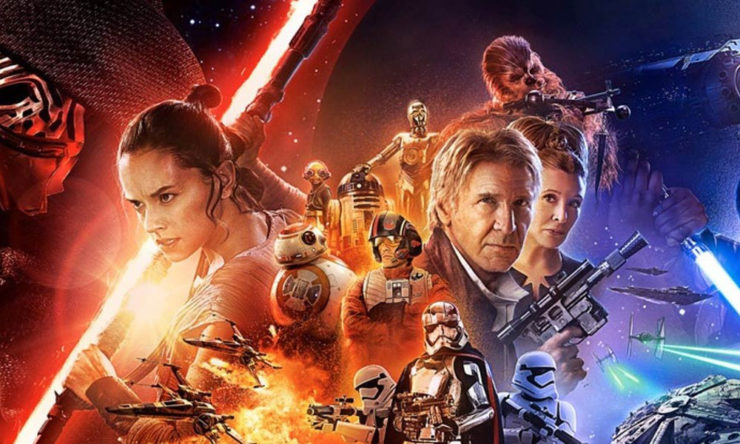 After Revenge of the Sith, Star Wars stayed popular. Toys, video games, animations, and lots of other stuff were still churned out at the speed of hyperspace travel.

Then came Episode VII: The Force Awakens. The 2015 movie brought back everything we loved about the original trilogy, including some beloved characters. Yes, the film did borrow heavily from the source material, but the new characters were so entertaining that the rehashed bits didn’t bother people much. And that was part of its charm – like Jurassic World, the film made us all kids again for at least a couple of hours.

Packed with gorgeous visuals and a powerful story, The Force Awakens brought Star Wars back and put it at the top of the franchise pecking order once again. Now, there’s almost too many Star Wars projects, series, and canon stories to keep track of. And that’s an awesome thing. 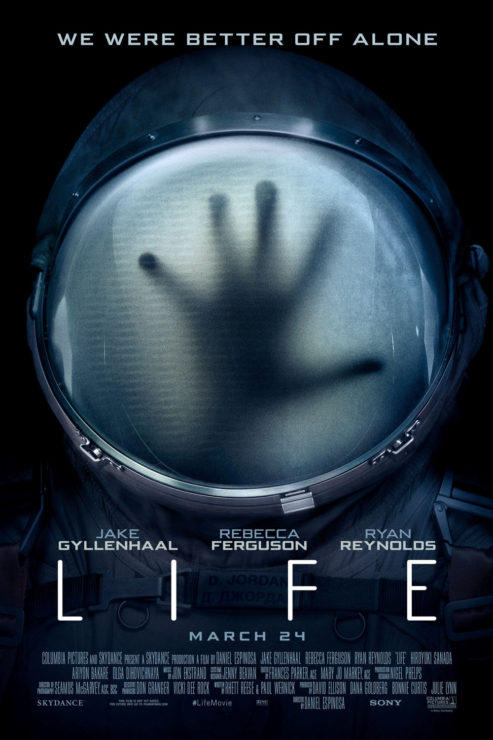 Life, 2017, was one of the most creative films of the decade. Despite borrowing heavily from the Alien franchise, it’s actually frighteningly original.

As with many movies on these lists, the story and the performances were top notch. A crew on the International Space Station examines a probe they had sent out to Mars. The machine found the titular character – Life, the first known instance of an extra-terrestrial. Do you know what happens next?

Featuring a tense atmosphere, the film was thought by some to be a better Alien movie than Alien: Covenant of the same year. Not just a better movie about aliens, but a better “sequel/reboot” that mimicked the style and tone of the original Xenomorph film. Of course, Life doesn’t even have the same kind of monster, so it’s not an Alien-alien movie. But it’s pretty darn close.

As a bonus, the film has an ending that is very nearly perfect.

War for the Planet of the Apes

The Planet of the Apes movies have been around since the 60s, so audiences obviously love them. The sequels of the 20th century were pretty flawed, so the franchise basically devolved into a collection of silly B-movies.

But a prequel trilogy was made this past decade, and each film received praise from critics and moviegoers.

The best of these newer films was undoubtedly the finale, War for the Planet of the Apes. It had amazing action scenes and battles, gripping drama, and some pretty slick motion-capture apes.

And Woody Harrelson as a crazy military man hell-bent on wiping out the soon to be dominant ape population? It’s even better than it sounds. 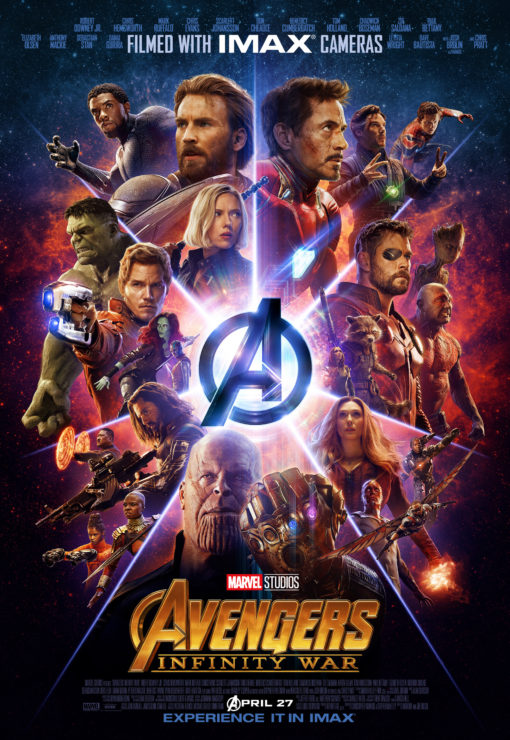 Marvel Cinematic Universe movies have always been awesome, as there’s such a potential for varied storytelling.

After a few successful hero franchises, it only made sense to connect these separate storylines to each other through the characters. The best way to do this was to copy one of the most celebrated teams in comics – The Avengers.

The films about this team were celebrated all over the world, but audiences went totally nuts with the penultimate Avengers installment, Infinity War. Audiences came out in droves, and the film generated over $2 billion from ticket sales alone.

Why do people love it so much? Because it’s a full-on event movie, and people went to see it for the same reason the ancients watched horrific gladiator battles in massive stadiums. Thankfully, the bloodshed is no longer real.

Endgame could very rightfully hold the same spot on this list, but to be fair, Infinity War artfully set up the high-stakes sequel and got everybody excited for what would happen next. The movie created a sense of anticipation for a full year, capturing the full zeitgeist of the superhero era.

What were your favorite sci-fi films of the 2000s-2010s? Let Your Geek Sideshow and tell us in the comments!