One of the best things about being a bookworm is watching a TV or film adaptation of you favorite book. You can say cheeky things like, “I read it before it was popular,” or spend hours on end discussing all the ways the TV/movie diverges from the original plot (just don’t point out these minute differences while watching it with friends).

No book-to-series adaptation can follow the original storyline perfectly. Sometimes these differences are welcomed by the fandom and others are disregarded as “not canon,” but the truth is we all have different opinions. And that’s okay. That’s what makes reinterpretations such as Netflix’s Shadow and Bone fun to watch and discuss.

If you read the Shadow and Bone Trilogy or simply want to know what the major differences are, stick around. We’re going to go over the biggest and most impactful changes between Leigh Bardugo’s and the giant streaming company’s versions of this epic tale.

Alina Isn’t Half Shu in the Books 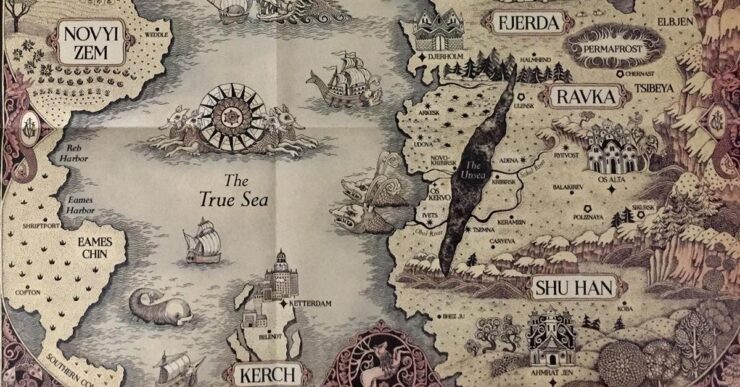 The book describes Alina as a brunette who is ugly, frail, and thin with skin that is “pale and sour, like a glass of milk that’s turned.” As The Sun Summoner gains control of her powers she morphs into a *beautiful* hero. For anyone who has read a lot of YA, you can see how trope-y this kind of description can be. But if you aren’t well-read on adolescent fiction, think of ‘90s rom-coms where the brunette in glasses gets a makeover (aka switches to contacts) and transforms into a baddie. That’s similar to Alina’s “awkward” background, which causes her to be picked on for most of her life.

However, Netflix chose to go in another direction that avoids the cliché altogether. In the TV series, Alina is half Shu from her mother’s side. The Shu Han nation, inspired by Mongolia and China, borders south Ravka and is largely feared and hated—the country is an enemy to Alina’s homeland. This makes for a more interesting backstory for her character. It gives a realistic cause for her bullying, one that many viewers can understand: she’s disliked for her association with her country’s enemy, not just because she’s an ugly duckling.

It’s Actually The Darkling in the Books

It’s General Kirigan/Aleksander in the show and The Darkling for most of the books. If you haven’t read the Grishaverse trilogy, you’d think this was a tiny, irrelevant change. But, boy, it isn’t.

*Spoiler alert for the books*

Bardugo’s version of the character goes by The Darkling only. He’s cool, respected, and feared. Having him go by the alias associated with the power that instills so much awe and terror from people is equally awesome and terrifying. But it doesn’t just make him cooler. It packs a punch when he finally reveals his name to his former love interest turned enemy, Alina, as he dies. That’s right. It’s only after Alina stabs her old beau with a Grisha steel dagger that she finally learns his name:

His grin faded and his grey eyes seemed to flicker.

I don’t know about you, but this hits me right in the feels. RIP, Aleksander.

Showrunner Eric Heisserer decided to include the trio to expand the world, giving viewers a chance to see more of it and not just through Grisha lens, through morally gray criminals. How fun!

But the whole let’s-steal-the-Sun-Summoner heist is original—it never happened in the books! Crossing the fold with Arken Visser, aka The Conductor, didn’t happen either. The Crows duology actually takes place two years after Alina’s story. Most of the trio’s plot you see in the show is entirely original.

Like any good fandom, Shadow and Bone isn’t without its ships. We have Mal and Alina (Malina) and The Darkling and Alina (Darklina). Luckily, each ship has its time to shine in the books and show.

Take Malina for example. If you want to see Alina pining for best friend, Mal, read the books. Bardugo makes it a point to highlight Alina’s feelings for her friend and longtime crush. However, this version doesn’t offer a lot of Mal time and for most of the first book, he’s not really in it. Instead, we feel his presence in Alina’s longing.

Netflix’s version does a better job of interweaving Mal’s storyline so viewers get to see his journey toward Alina, too. We see as he worries for his friend and devises a plan to see her—something we don’t know he’s doing in the books.

If you’re team Darklina, you’ll also find differences to enjoy between the books and show. If you’re craving a more manipulating villain, you will want to bury yourself in the books. The Darkling does have some feelings for the Grisha, but more than anything, he wants to use her to save Ravka . . . at any cost. 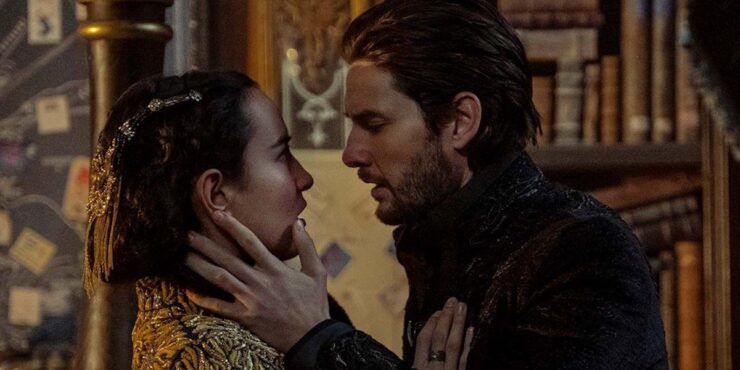 For a softer Aleksander, Netflix has you covered. Its series highlights his romantic feelings for his equal. He’s jealous of Mal, not wanting to allow the two friends to meet. But he also offers Alina a home, someplace the orphan can feel a part of. A place he also belongs in.

His feelings for her and her powers, which he can use to help his country, are equal on the show. Book-version Darkling cares more about his power than anything else. Not Ben Barnes’ Kirigan.

Have you read Shadow and Bone? What differences did you notice in the Netflix series? Let Your Geek Sideshow and let us know in the comments below!