Tusken Raiders™, or Sand People, are a species of desert-dwelling nomads that live on the planet Tatooine™. In many of the early Star Wars™ films, the Tuskens are treated as ruthless, mindless scavengers capable of only violence and cruelty. They antagonize Luke Skywalker™ and are cut down in an act of vicious heroism by Anakin Skywalker™.

Recently, Star Wars television series have featured Tuskens as allies. These shows have done much more to paint Tuskens as dynamic, empathetic beings. The Sand People have their own language, distinctive tribes, and awe-inspiring rituals that make for amazing moments onscreen. So let’s break down these Tusken Raider moments from The Mandalorian™ as well as The Book of Boba Fett™. 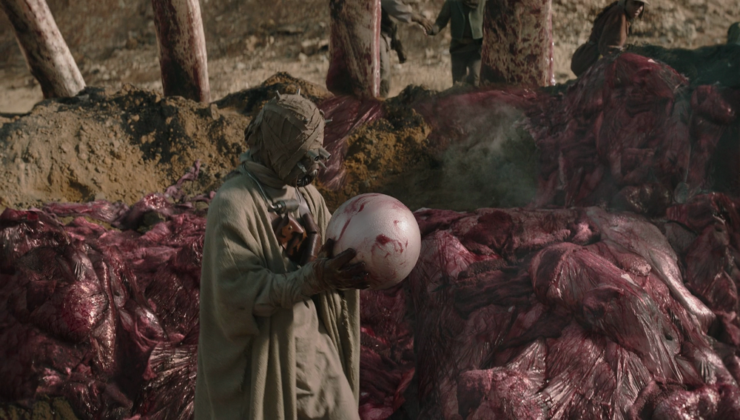 Marshal Cobb Vanth™ and the people of Freetown — previously Mos Pelgo™ — are plagued by a krayt dragon™. Similarly, the Sand People are struggling to appease its hunger. All of the desert residents, no matter their species, are losing family and food to the underground-dwelling beast. In an awesome moment, these two groups agree to work together along with The Mandalorian™ to stop their shared threat. This demonstrates the Tuskens’ ability and desire to cooperate, as well as sheds new light on the interconnectedness of Tatooine’s most prominent sentient communities. 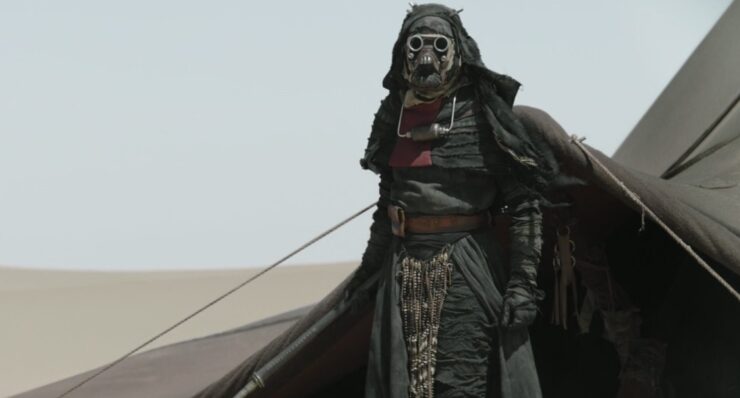 Within the Tusken tribe we follow in The Book of Boba Fett is a black-clad warrior. She is stern and silent, with shoulders held high and hands always at the ready to grab her gaderffii stick™. When she finally comes to trust Boba Fett, she trains him to fight with this native weapon. Boba Fett is given a practice stick, while the warrior wields her bladed gaderffii stick. This is cool to witness both because the fighting style is unique and interesting, but also because the warrior’s modification — the blade — is a new addition to Star Wars and Sand People lore. 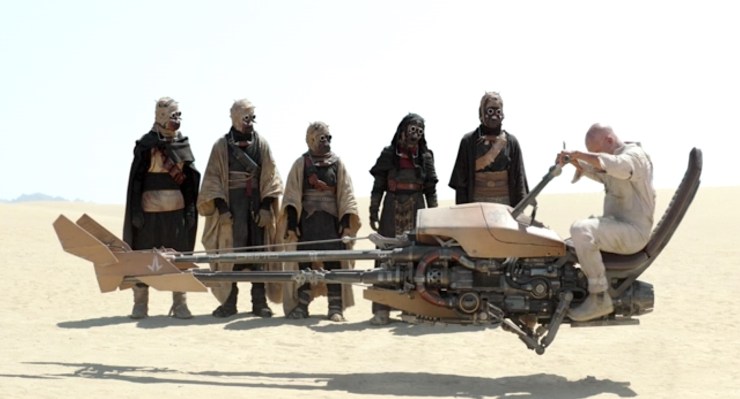 A spice-running train has been massacring Tuskens on the dunes. In order to defeat this threat, Boba Fett teaches his Tusken tribe to ride speeder bikes. It’s refreshing to see people actually train for a difficult task — it’s also pretty comedic. The Tuskens struggle with the controls and unfamiliar technology, as well as a complicated jumping move. This montage is fun to watch, while also giving us wonderful insight into the Sand People and Boba Fett’s ever-strengthening relationship.

Victory Against the Pykes

Hours of speeder bike training pay off when the Tuskens take the train. It’s an extended yet fast-paced action sequence. The heist is full of coordinated stunts, explosive close-calls, and a final resounding success. Afterwards, the Tuskens gather around their captives and demand an explanation for the train’s actions. Then, they tell the spice runners to be their messengers and make it clear to the Pykes™ that the dunes are closed for business. Finally, the Tuskens celebrate with a newfound prize more precious than any spice: water.

Inducting Boba Fett into the Tribe 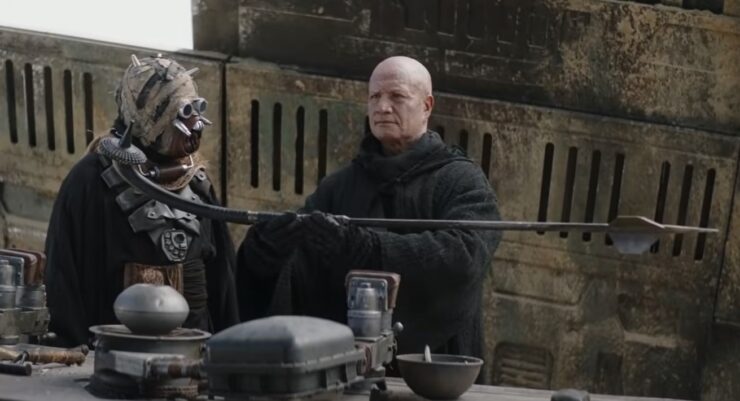 Boba Fett spends many episodes proving his worth to the Tuskens. He goes from captor to trainee to hero. Once his commitment is recognized, he is accepted not simply as an ally, but as a fully-fledged member of the tribe. In order to induct him, the Tuskens bring Boba Fett through a series of awe-inspiring rituals.

First, they send him on a spiritual journey through the sand dunes. When he returns they clothe him in traditional black robes. Then, they bring him to a workshop where he forges his own gaderffii stick from a foraged tree branch. That night, he completes a complex footwork series, half dance and half battle, around a bonfire. As the rest of the tribal warriors join him, and their jubilant howls reach up to the stars, we understand Boba Fett is now part of the family.

What is your favorite Star Wars scene involving the Sand People? Let us know in the comments, and don’t forget to Let Your Geek Sideshow!