You might not be able to jump to hyperspace to join in with the Ewok celebrations on the forest moon of Endor for Star Wars Day, aka May the 4th, this year, but that certainly shouldn’t stop you from enjoying the annual festivities on your own home planet. 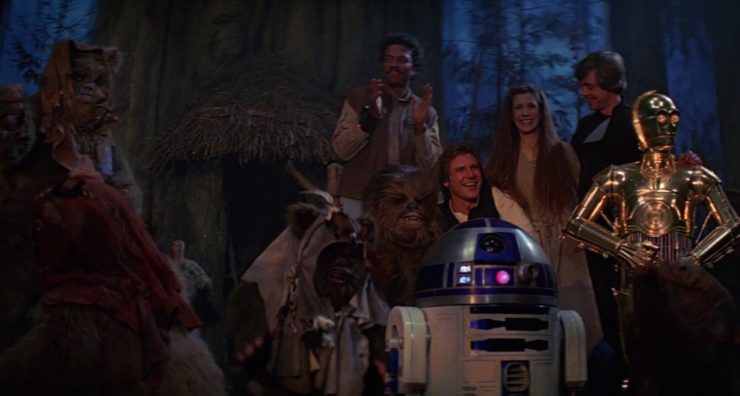 Instead, feel the Force and follow the path of Star Wars fans across the galaxy with our carefully curated roster of home-based activities and solo events to help you to celebrate George Lucas’ iconic space opera franchise from the comfort of your couch.

Seriously, we’ve got a very good feeling about this…

10. Kit Out a Room in Star Wars Decorations 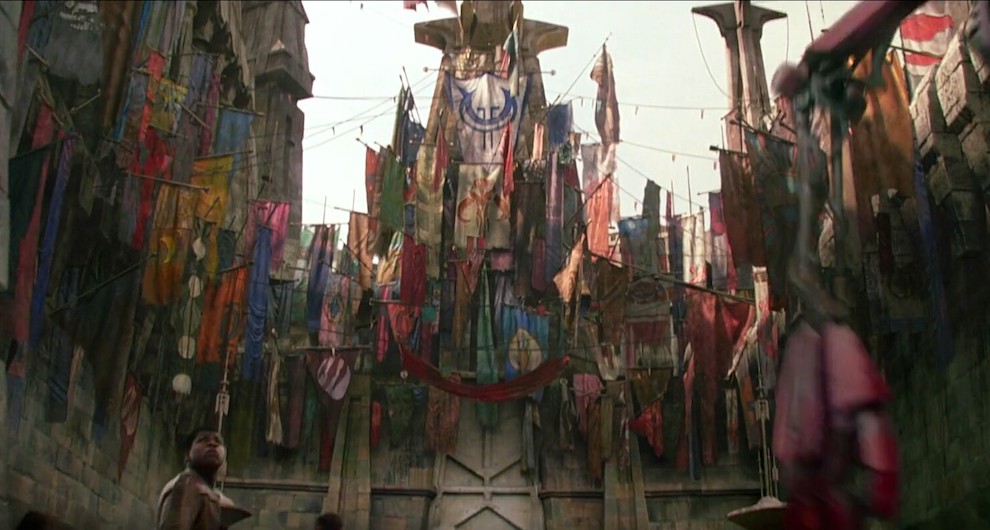 If you’ve spent a sack load of credits on Star Wars merchandise over the past few years, then this might be the perfect opportunity to turn your ordinary place into a galactic space. Simply locate your nearest Sandcrawler (or a cardboard box will do) and fill it up with your favorite themed cargo to redecorate a room of your choice.

Or, if you want to turn this into a real project, take inspiration from Maz Kanata’s castle and adorn your living space with some homemade Star Wars décor. StarWars.com is packed with all sorts of Jedi-approved crafts, from droidtastic D-O door hangers to star pilot planters and solid stone stormtroopers. 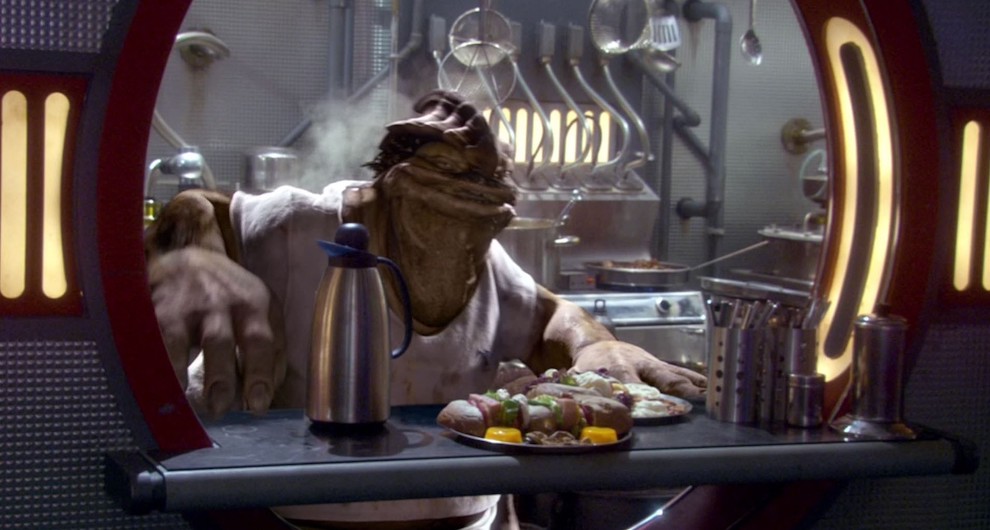 Star Wars Day and snacks go together like C-3PO and R2-D2 — basically, you shouldn’t have one without the other. So take a page out of Dexter Jettster’s book and turn your kitchen into a culinary lab where you can experiment with food and cook up a smorgasbord of Star Wars-inspired treats for your May the Fourth movie marathon.

The Star Wars: Galaxy’s Edge Cookbook contains a wealth of intergalactic recipes based on some of the most delicious delicacies found at the Black Spire Outpost on Batuu, including Ronto Wraps, Polystarch Portion Bread, and Rings of Hudalla. Pro tip: If you didn’t manage to check out the holobook version from the Jedi Temple Library, you can still pick it up from Sideshow.

May the forks be with you. 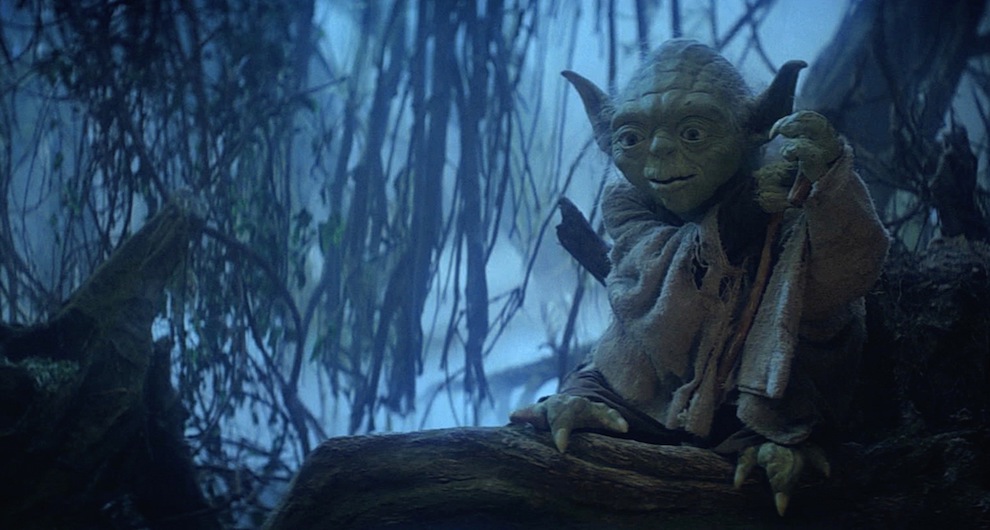 You don’t need to actually travel to the galaxy far, far away to enjoy an adventure with your favorite characters from the Star Wars saga. And now for the first time ever, fans will be able to stream the complete Skywalker saga all in one place, as The Rise of Skywalker will be available to stream two months early on Disney+ in honor of May the Fourth.

The complete Skywalker Saga, all in one place. Start streaming all 9 films, including Star Wars: The Rise of Skywalker, on May the 4th, only on #DisneyPlus. pic.twitter.com/qNNAHsrOkh

Episode IX joins a stellar line-up on Disney+ for the annual celebration, including the premiere of an eight-episode documentary series, Disney Gallery: The Mandalorian, which will offer fans a behind-the-scenes look at the development of the live-action series, as well as the finale of the award-winning animated series, Star Wars: The Clone Wars.

Lots to watch, you will have. 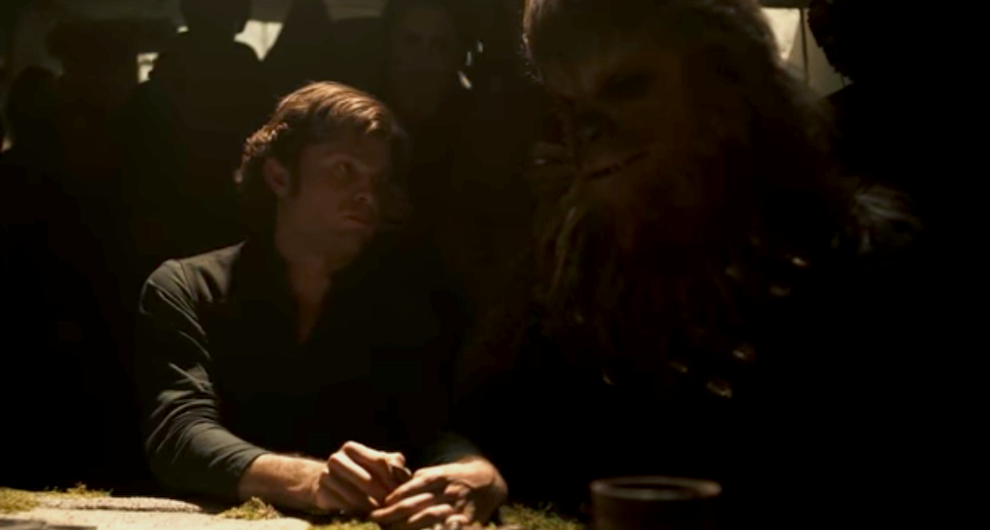 For this one, you’ll need to cast your lightsabers aside and pick up a pencil to master the tricks of drawing your favorite Star Wars characters. There are plenty of online resources and step-by-step tutorials to encourage you to grab your tools and start sketching the galaxy’s heroes, including a certain scruffy-looking, nerf herder and his beloved big walking carpet.

Once you’ve got the basics down, you can expand your skillset with various other arts and crafts projects, such as designing a bookmark, creating comic strips for a new Star Wars adventure or making a greetings card to send to someone the traditional way (via mail rather than a holographic message delivered by a droid).

Push your space buns to the side and make room for your headphones, as Sideshow has a diverse collection of Star Wars podcasts available to stream. These off-world webcasts invite listeners to take a peek behind the curtain of the most innovative film franchise of all time by exploring the themes, characters, and moments that have contributed to the saga’s enduring appeal.

First up, search your feelings to see if you agree with our Geek Culture Countdown Podcast of Top 10 Lightsaber Battles in Star Wars, then Let Your Geek Sideshow by taking a trip back to a long, long time ago, in a galaxy far away, to where the saga began with our Star Wars Prequels Then & Now and Skywalker Saga Then & Now pop culture podcasts.

These are the podcasts you’re looking for.

5. Play a Game of Sabacc (or Similar) 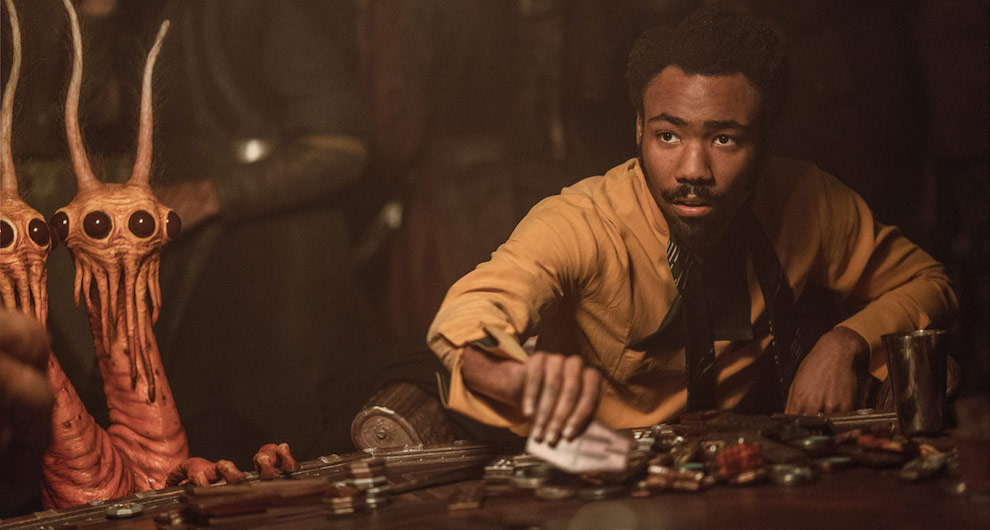 You might need to have some lucky dice to hand for this next activity, as Sabacc is basically the Star Wars version of poker. The game is filled with so much tension and drama that it will certainly pass the time, but we’d advise against gambling anything as big as the Corellian YT-1300F light freighter (otherwise known as the Millennium Falcon).

If Sabacc isn’t your thing, fear not, there are plenty of other games that will immerse you into the Star Wars universe, from console and PC games to apps and mobile games, the galaxy is out there and it’s yours to conquer, so rally up your space squad and prove that you have what it takes to emerge victorious in the quest for galactic dominance.

Never tell us the odds. 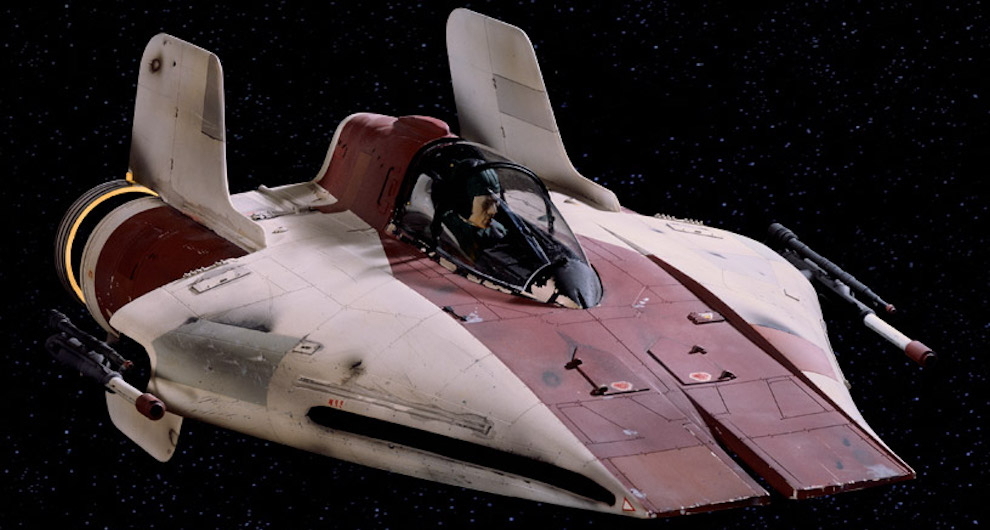 The Star Wars galaxy is built on hope and for this next activity, we hope that you might have a LEGO Star Wars set, still in its box, waiting to be assembled at home. If not, LEGO is adding the A-wing Starfighter to its Ultimate Collector Series fleet this year, so if you’re looking to be the pilot of your own procrastination, pick up the 1,673-piece construction set on the LEGO site.

Or if you would rather be flying the Starfighter, then get behind your console controller and immerse yourself in the Star Wars universe by playing an episode of LEGO’s bricks-meets-blasters video game saga. With hundreds of characters and vehicles to choose from, players can revisit their favorite movie moments and legendary locales time and time again. 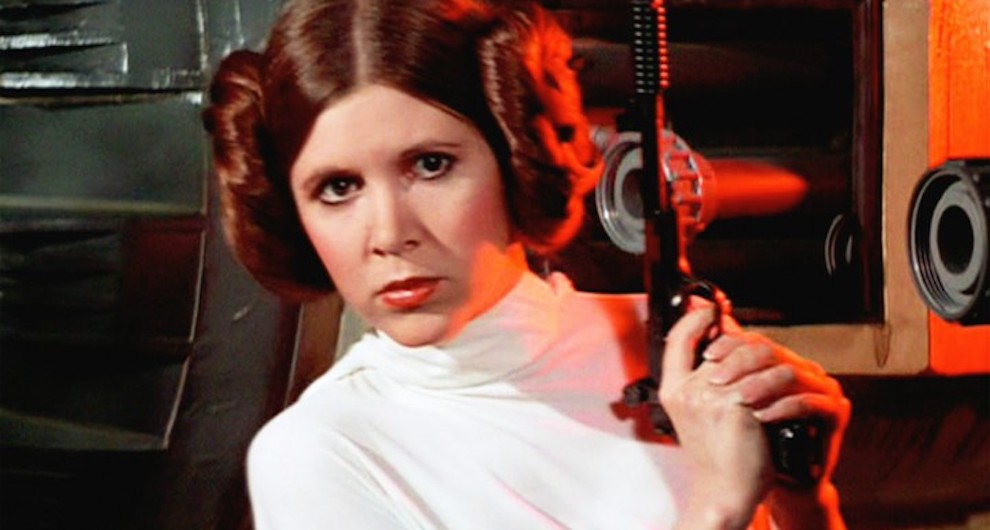 For the most part, Star Wars fans have more costumes in their cupboards than Lando Calrissian has capes in his closet, and there is no reason to leave them in their dust covers this year. Instead, consider bringing the fandom together by launching a DIY Star Wars cosplay competition on social media to form your own Isolation Alliance.

And if you don’t have the perfect materials to make a unique costume modeled on your favorite character, then consider some substitutions. For instance, throw a black vest over a white shirt for a Han Solo vibe; use cardboard pieces and mailing tubes to craft a Stormtrooper uniform, or style up a brown bathrobe to become a Jedi Master.

This is where the fun begins!

2. Host a Virtual Hangout at the Cantina 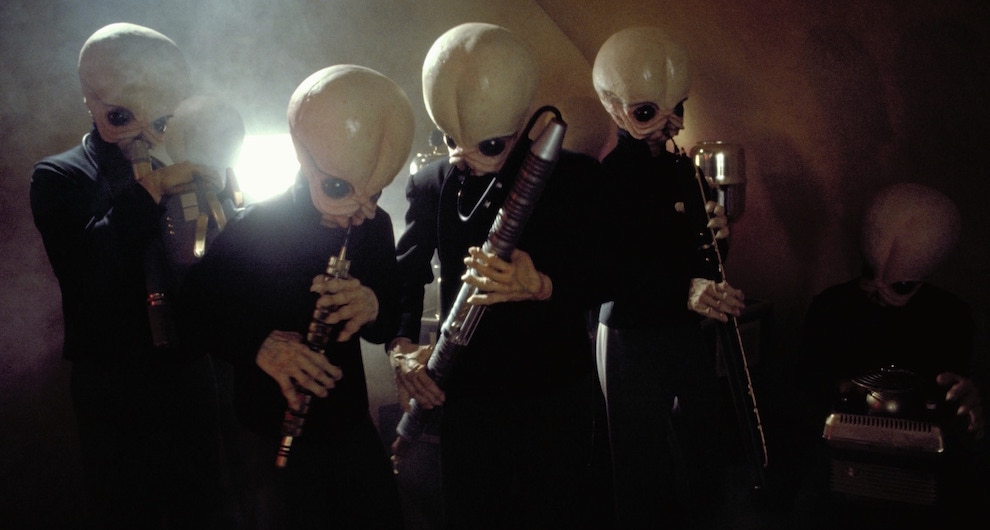 You might not be able to meet up with your buddies for May the Fourth this year, but that shouldn’t stop you from hosting a virtual hangout at home. Simply arrange a time to meet up online, stream the Cantina Band song in the background of your video call, and prepare for happy hour with your friends from afar.

Awaken the party with a variety of cocktails, mocktails and unique concoctions, such as Hoth Toddies, Yoda Sodas, and Qui-Gon Gins. With your drinks on carbonite, put your Star Wars knowledge to the test and prove that you have the high ground when it comes to your Wookieepedia wisdom in a Star Wars-themed trivia night.

Remember, your focus determines your reality.

(Plus, you can tune in at 1pm PST and watch Sideshow at the virtual Scum and Villainy Cantina for a 24-hour May the 4th livestream event!)

1. Stand and Watch the Sunset 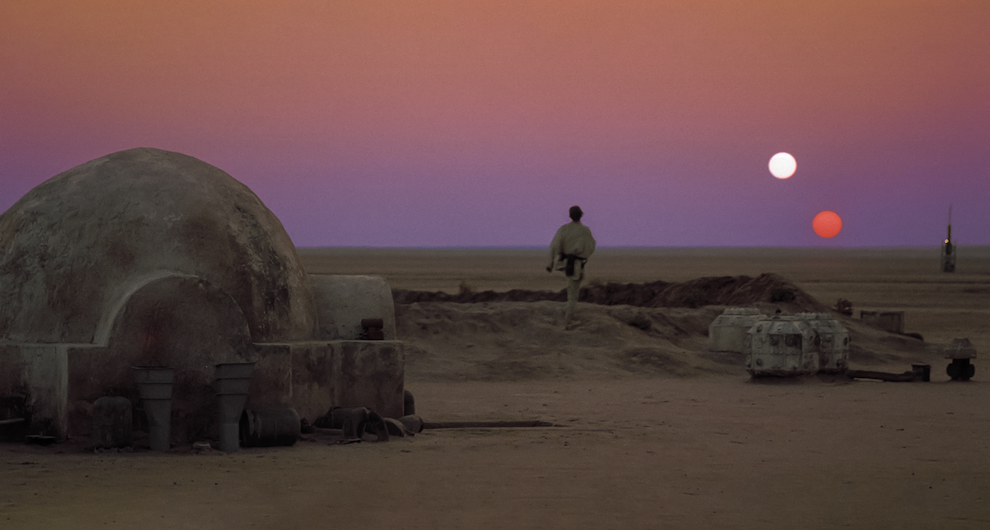 At the end of the force-fueled fun day, stand and watch the sunset from your window, door or garden to mirror the scene in which Luke Skywalker looks out at the horizon with the hope of a better future on his home planet of Tatooine. And if you’re looking to wind down even further, then consider practicing some meditation techniques to reach a deeper state of relaxation before heading into… Revenge of the Fifth (May 5).

You are one with the Force, and the Force is with you.

May the Fourth be with you! How are you celebrating Star Wars day this year? Do you have any other suggestions to add to the list? Let Your Geek Sideshow and tell us in the comments below.

Darth Maul in the Mandalorian?, Hercules Adaptation, and more!