After a nearly three-year hiatus, Stranger Things made its highly anticipated return for its fourth season on May 27 this year. For the first time ever, Netflix split the new season into two parts. Seven episodes of varying lengths were released first, with two very long episodes coming out on July 1.

As we eagerly await the culmination of season 4, here is our recap of episodes 1 through 4 to refresh your memory.

Chapter One: The Hellfire Club 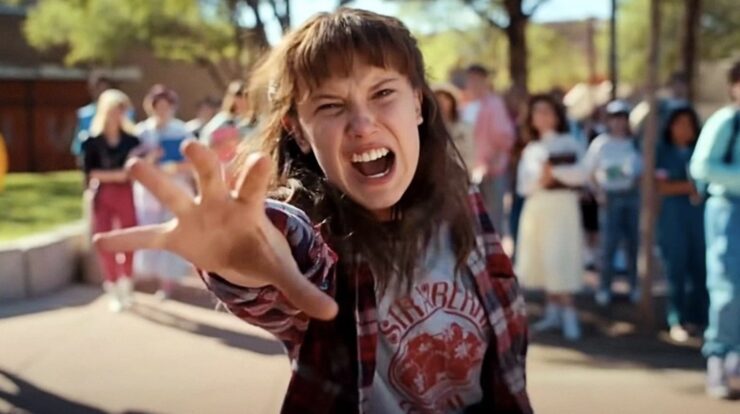 The first episode of season 4 begins with a flashback to Eleven’s childhood in Hawkins National Laboratory. Following an attack from an unknown assailant for unknown reasons, Dr. Brenner wakes up and finds the children dead with the exception of a weary, bloodied Eleven. What exactly transpired will be one of the key mysteries in the first part of season 4.

Viewers are then taken back to present events in California. Despite painting a rosy picture in a letter to Mike, Eleven still has not regained her powers. She is miserable as she struggles socially and academically. Joyce is working a frustrating job from home, Jonathan is smoking weed with his friend Argyle and not doing much else, and Will is secretive as he tries to adapt to their new life.

Joyce’s mundane existence is interrupted with the delivery of a package from Russia containing a mysterious doll. With guidance from Murray over the phone, Joyce smashes the doll open and finds a note stating that Hopper is alive. 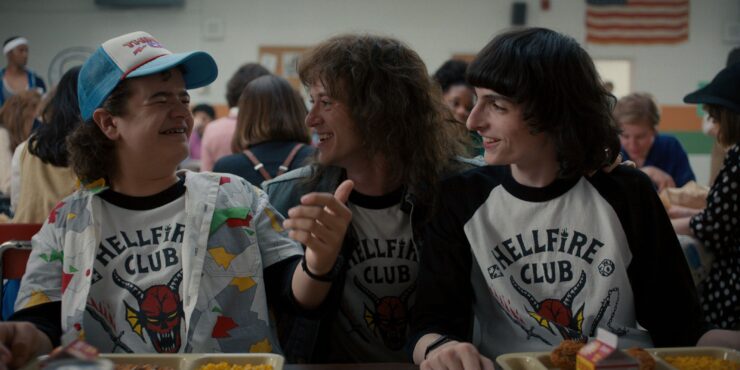 Back in Hawkins, the kids struggle to adapt to high school in the wake of the events of season 3. Lucas tries to gain popularity by playing for the basketball team as Dustin and Mike focus on their Dungeons & Dragons group, the Hellfire Club, under the leadership of the quirky and intense super senior Eddie Munson. Max, on the other hand, distances herself from her friends as she is left reeling in the wake of her stepbrother Billy’s death.

The episode ends by returning its focus to Chrissy Cunningham, who earlier in the episode had been struggling to manage upsetting visions. Eddie Munson takes her to his trailer to try to find a substance that could help her manage her symptoms. He finds her unresponsive, seemingly asleep where she stands, before she begins to levitate in the air and slams onto the ceiling. As a frightening being in her vision chases her down and puts his clawed hand on her head, her body appears to cave in on itself in front of a horrified Eddie.

The second episode begins by immediately confirming that Hopper survived the reactor explosion. The episode later reveals his fate following his capture, showing him being tortured in a prison in Russia.

Mike lands in California for his spring break visit with El and Will. The three friends arrive at the roller rink, where Angela and her fellow bullies corner Eleven. Having finally had enough, Eleven punches Angela in the face with a roller skate.

Meanwhile, Murray descends on the Byers’ home to help Joyce get to the bottom of the cryptic note she received in the mail. They connect with a Russian man instructing Joyce to bring $40,000 to Alaska for Hopper’s safe return. Murray puts his Russian language skills to use and figures out that Hopper is being held at a prison.

Lucas and the rest of the basketball team wait as Chrissy’s boyfriend Jason is interviewed by police. Jason is devastated to learn that the victim found in Eddie’s trailer was Chrissy. He rallies the rest of the team, hoping to hunt down Eddie and find out what happened to Chrissy.

Max tells Dustin what she saw at Eddie’s home the night before since she lives in the same trailer park. Together, they head to Family Video where Steve and Robin are working. They use the store’s rental system to find the address of Eddie’s drug dealer. The four kids find Eddie at Reefer Rick’s home and promise him they believe his story. They tell him about everything they have seen, and that it sounds like he witnessed something from the Upside Down. They name the supernatural entity Vecna after the villain in their D&D campaign.

Nancy On the Case

Learning of the recent student death, Nancy abandons her story about the basketball game for the school newspaper. Instead, she heads to Forest Hills Trailer Park to investigate with her fellow writer, Fred. As Nancy works to get them past the police perimeter, Fred begins to have disturbing visions like the ones Chrissy was experiencing prior to her death.

While Nancy interviews Eddie’s uncle and learns about Victor Creel, Fred is lured into the woods by his visions, ultimately becoming Vecna’s next victim. The episode closes on the haunting image of Vecna’s home in the Upside Down.

Chapter Three: The Monster and the Superhero 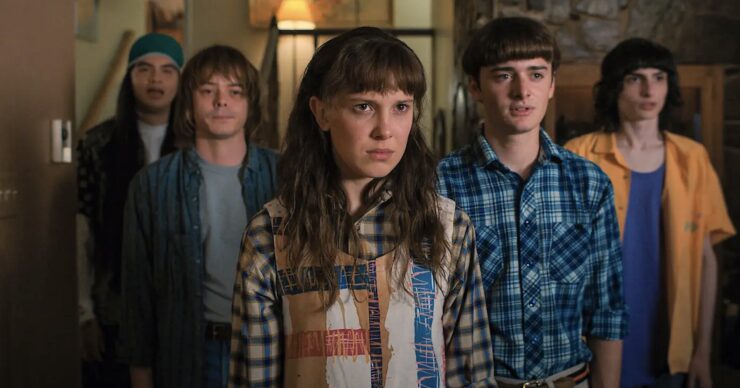 Episode 3 takes viewers to the Ruth, Nevada, home of Dr. Samuel Owens. Lt. Col. Sullivan of the U.S. Army seeks out his help in locating Eleven, believing that the recent deaths in Hawkins are her fault. He insists that Eleven is dead and an unconvinced Colonel Sullivan departs.

Back in California, Mike, Will, Eleven, Jonathan, and Argyle return to the Byers’ home and find Murray cooking risotto. Joyce and Murray tell them that Joyce must go on a business trip as a cover for their journey to Alaska to rescue Hopper. Following their departure, Eleven is arrested for her attack on Angela. Will, Jonathan, and Mike are unable to see her. Her convoy to a juvenile detention facility is surrounded, and she is brought to Dr. Owens, who tells her that she has a chance of getting her powers back and saving the world again.

From Hawkins, with Love

In Russia, the Russian guard Dmitri advises Hopper on what he can expect from his escape attempt. Hopper begins the first stages of his escape plan.

In Hawkins, Lucas agrees to help Jason and his closest friends locate Eddie. The group interrogates Eddie’s friends and they tell them that Dustin had been trying to find Eddie too. Lucas tries to warn Dustin about Jason’s search and sends his teammates to the wrong location, leaving them behind to join his real friends.

Nancy learns of Fred’s death and inquires further about Victor Creel, a man convicted of murdering his family that Eddie’s uncle had mentioned. She is assured that Creel is still behind bars. She convenes with Steve, Robin, Max, and Dustin in the trailer park as they compare notes.

Nancy has a hunch, and is accompanied by Robin as she heads to the library to gain more intel on Victor Creel and his family’s murders. Steve, of course, remains the babysitter with the teens. As they drive away, a portal opening to the Upside Down is revealed where Chrissy died on Eddie’s ceiling.

Meanwhile, Max goes to her school counselor’s home and steals the key to her office. Steve, Dustin, and Max break into the school and steal Chrissy and Fred’s records. Max realizes that she matches Vecna’s victimology, hearing his voice for the first time and seeing the telltale grandfather clock embedded in the school’s walls.

Jonathan, Will, and Mike are upset when they are told they cannot talk to Eleven or know where she is as she tries to get her powers back. Protected at home by two agents, the three boys hatch a plan to escape, ordering food from the pizza place where Argyle works.

While they wait, the Byers’ home is attacked, and the boys barely make it out with one of the wounded agents in tow. Argyle arrives in the nick of time, driving them away to safety.

Nancy and Robin join Max, Dustin, and Steve at the school and learn that Max is Vecna’s next intended victim, with less than 24 hours to live. Lucas joins them at the school, telling them that Jason and his friends were trying to find Dustin and Eddie.

The group gathers in the Wheelers’ basement to figure out how to defeat Vecna before Max runs out of time. Max writes letters to everyone in case Vecna claims her. She convinces Steve to take her back to her trailer so she can leave a letter for her mom, where she has another disturbing vision of Vecna.

Nancy plans to go to the asylum Victor Creel is held at, enlisting Robin once again for help. Nancy and Robin convince the asylum director that they are psychology students and are able to talk to Victor Creel. He describes his former home as haunted and tells them about the night his family died. He insists that he only survived because the voice of an angel pulled him out of his trance. Nancy and Robin hypothesize that it was the song on the radio, “Dream A Little Dream of Me” by Ella Fitzgerald, that helped bring him back.

In Russia, Dmitri continues to help Hopper with his escape as much as he can. Despite the overwhelming odds, Hopper escapes. Joyce and Murray meet the smuggler, Yuri, in Alaska. Yuri insists on counting the money while Joyce and Murray drink coffee. Yuri calls Dmitri, revealing that he had double crossed him. Hopper is recaptured at Yuri’s safehouse, Dmitri is arrested, and Joyce realizes she and Murray had been drugged. 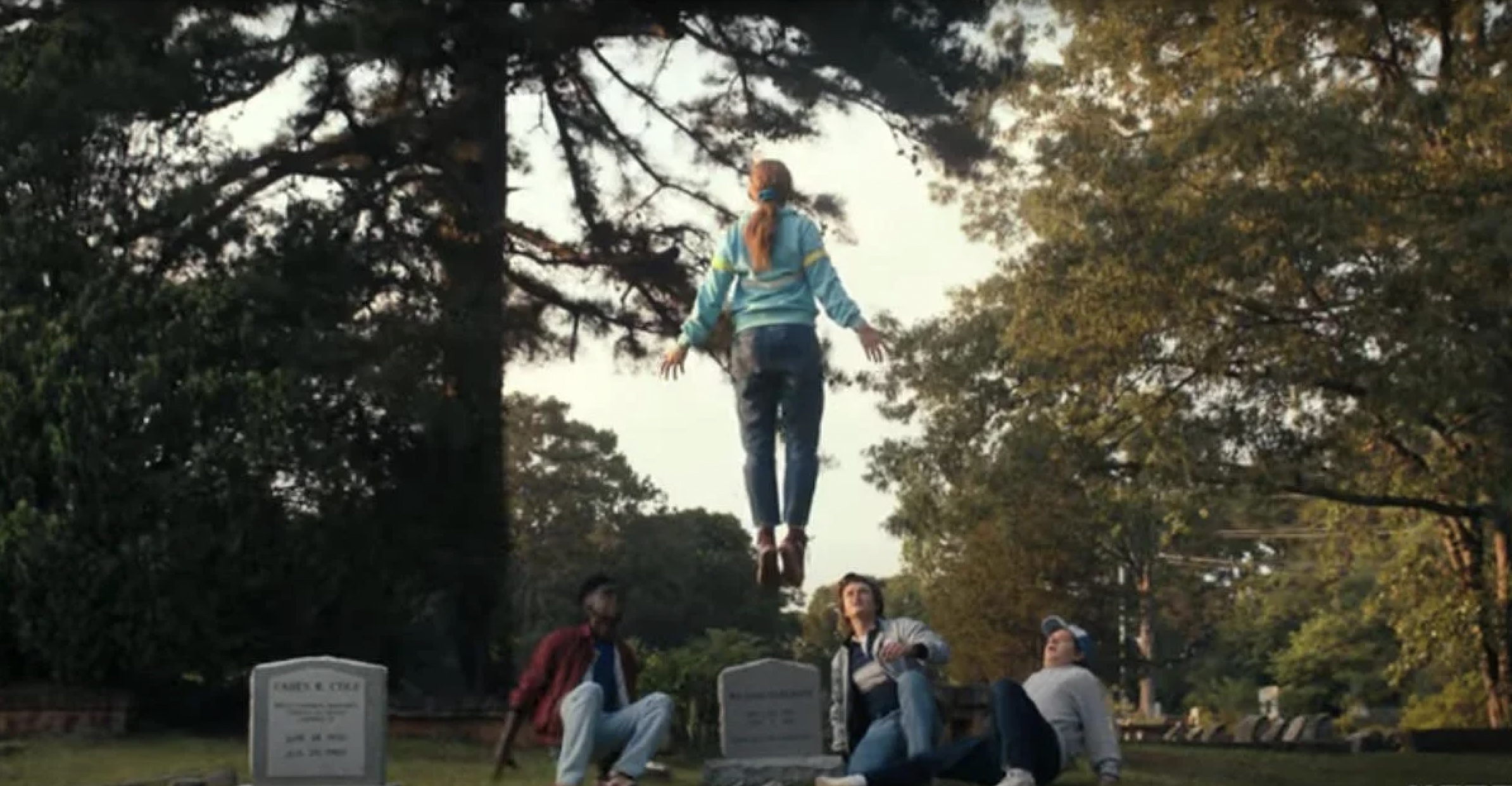 Max asks Steve to make one final stop at the cemetery. At his grave, she reads Billy the letter she wrote for him. It is here that Vecna launches his final attack on Max. She runs so far through Vecna’s vision that she ends up in Vecna’s Mind Lair. Lucas, Steve, and Dustin realize that Max is in a trance. Dustin calls out to Nancy and Robin over the walkie talkie to find out what they learned.

Dustin brings Max’s Walkman to her. The boys dig for the tape with her favorite song and begin to play it. Vecna uses Max’s insecurities and pain against her, telling her that she belongs in his dark world. She hears her favorite song, “Running Up That Hill” by Kate Bush, and sees her friends calling out to her as she levitates above Billy’s grave. Summoning her strength, she escapes Vecna’s Mind Lair and returns to her friends.

With its long, action-packed episodes, season 4 of Stranger Things was well worth the prolonged wait — even for its most ardent fans. Head back to the blog to see our rundown of Chapters 5-7 and prepare for part 2 of season 4 releasing Friday, July 1!

Join the conversation alongside other Stranger Things fans in the Let Your Spoiler Sideshow Facebook Group, and don’t forget to Let Your Geek Sideshow!