At times, the world can be a strange, confusing, and scary place. So, it’s nice—and even necessary—to take a break from the news and dive headlong into some geeky goodness.

Superhero adventures are always a great choice for the world-weary and, of course, there are many exciting adventures out there for us to enjoy. But there’s really no better way to raise your spirits and set your mind at ease than with a few laughs. Superheroes are a multi-faceted bunch, and not all of them serve up justice with a scowl.

Here are some funny superhero adventures that you can enjoy when you need to take a break. He’s big, he’s blue, and he’s been known to shout “Spoon!” before jumping into action. With his innate sense of heroism and what some would call a solid detachment from reality, the world of the Tick is a great place to start exploring the humorous side of heroes. The Tick and his faithful sidekick Arthur—a former accountant who wears a suit that resembles either a moth or a bunny rabbit, depending on who you ask—have several comedic misadventures as they patrol The City.

So far, three different interpretations of the Tick have been produced. The first version was animated and was a part of the Fox Kids Saturday morning lineup in the 1990s. The second version was a short-lived, live-action, prime time series that aired on Fox in the early 2000s. The third version is a live-action series that’s still in production and currently available on the Amazon Prime streaming service. With so many options, you’ll have your hands full for a while. As the movie’s tagline reminds us: They’re not your classic heroes. They’re the other guys. It doesn’t happen very often, but there are times when a group of superhero-adjacent misfits can join forces to topple Champion City’s most vicious villains. With a lineup that includes heroes whose abilities speak for themselves like the Bowler, the Shoveler, Mr. Furious, and Invisible Boy (who can only turn invisible when no one is looking), the Mystery Men are all solidly on the D-list of superheroes.

But as they face off against the deadly Disco Boys and the dreaded Casanova Frankenstein in this hilarious adventure, their ability to overcome obstacles and work as a team shines through. Featuring comedic performances by well-known actors such as William H. Macy, Ben Stiller, Janeane Garofalo, and Hank Azaria, Mystery Men is a classic superhero comedy that’s bound to have you rooting for the underdogs and laughing throughout.

It’s ripping time! Slab, Chunk, Rip, and Crag make up the muscle-bound quartet of brothers known as the Ripping Friends, the World’s Most Manly Men. Along with their constant companion, Jimmy the Idiot Boy, the heroes use their muscles to rip into any threats that dare to come their way. In each episode, the group faces off against villains like the Indigestible Wad, a sentient piece of chewing gum, and the Ovulator, a rooster with super egg-laying powers. Vulnerable only to sibling rivalries, beef withdrawal, and, of course, riptonite, the Ripping Friends use their collective brawn to topple the bad guys.

With a combination of 1950s-inspired nostalgia and 2000s-inspired absurdism, the Ripping Friends partake in adventures that are as bizarre as they are hilarious. The show had a short life as part of the Fox Kids Saturday morning lineup but was cancelled after its first season due to high production costs. Reruns of the first season were later broadcast on Adult Swim, where the Ripping Friends gained an even larger audience. A family of superheroes all living under the same roof sounds like pretty nice setup, but life can get dull for heroes who are forced to stick to their secret identities and not use any of their powers. That’s the situation for the Parr family at the start of The Incredibles—before the action and the laughs kick in, that is. Things start to heat up for the Parrs once the villain reveals himself and they are forced to confront a threat that could lay waste to Metroville.

With an array of powers that include Mr. Incredible’s super-strength, Elastigirl’s stretching ability, Violet Parr’s invisibility, and Dash Parr’s super speed, the Incredibles are a family unit like no other. Once they team up with their long-time companion, Frozone, who has the power to freeze moisture, the Incredibles are nearly unstoppable. This animated movie features outstanding retro-future designs and an excellent story full of humor and heart. It’s a great choice for family fun, and the sequel, Incredibles 2, is just as enjoyable. What’s next on the to-do list for an evil genius who has successfully conquered his arch-nemesis? The short answer is: not much. Boredom quickly sets in for Megamind as he slowly realizes that there just might be more to life than villainy. When a new menace arises that threatens the citizens of Metro City, Megamind has to decide if being evil is all it’s cracked up to be.

This animated feature showcases the comedic voice talents of Tina Fey, Will Ferrell, Jonah Hill, and David Cross, among others. Like The Incredibles, Megamind is full of family-friendly superhero thrills and packs in a lot of laughs. 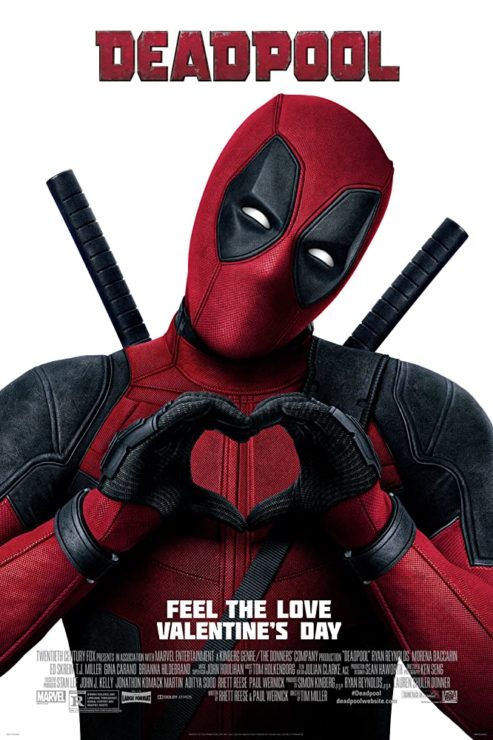 He’s the one and only merc with a mouth, and the Deadpool movies prove it once and for all. Made popular in the comics and portrayed by Ryan Reynolds on the screen, there is no enemy that Deadpool can’t out-sass. In his debut movie, Deadpool teams up with X-Men team members Colossus and Negasonic Teenage Warhead to take on the superpowered villains Ajax and Angel Dust in comedic fashion.

In the sequel, Deadpool 2, which boasts a heftier budget, Deadpool teams up with Cable and Domino to face off against the mutant Firefist and the long-time X-Men foe, Juggernaut. The Deadpool movies feature tons of action, explosions, superpowers, and laughs. They’re the perfect way to spend a few idle hours. 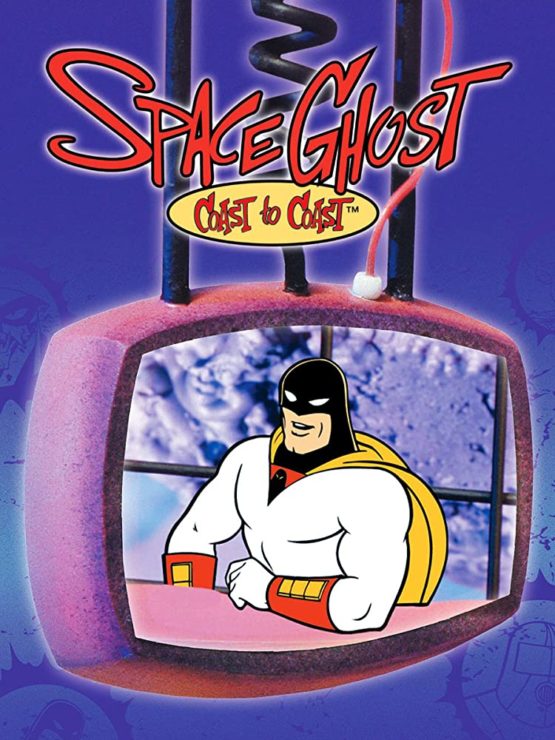 There’s no rule that says that superheroes can’t host their own talk shows, and we’re glad there isn’t. Space Ghost is the quintessential renaissance superhero, and one of his many talents is asking his guests tough questions. As a fearless interviewer, Space Ghost has taken many celebrities to the mat, asking profound questions such as, “Have you ever been in outer space before?” and, “What’s your secret identity?”

With guests with as much personality as Jon Stewart, Jim Carrey, Bill Nye, Hulk Hogan, and Matt Groening, hilarity often ensues. The behind the scenes action is just as funny, as Zorak and Moltar frequently attempt to take the reins of the show to suit their own ends. Those who missed out on this series on Adult Swim the first time around will be able to view it on the HBO Max streaming service later this year.

With so much heroic hilarity out there to lift your spirits in uncertain times, there’s plenty to remind you of the brighter side of life. What’s your favorite superhero comedy? Be sure to let us know in the comments below!

Looking for Digital Comics Resources? The Comics Haul Has You Covered!