The Teenage Mutant Ninja Turtles catapulted into theaters cowabunga-style on March 30, 1990, at the height of the franchise’s popularity.

Based on the cult comic book series by Kevin Eastman and Peter Laird, the original Teenage Mutant Ninja Turtles movie saw the dynamic characters leap from the page and onto the screen for their first live-action origin story, following Splinter and the Turtles, their meeting with April O’Neil and Casey Jones, and their confrontation with The Shredder and his Foot Clan.

For all of the action exploding on screen, there was a lot going on behind the shells of the reptilian quartet’s feature-length movie. In fact, the entire production was oozing with secrets – from advanced costuming and puppetry practices to special shooting and editing techniques to help the sewer-dwelling martial artists to perform their death-defying stunts.

So, dudes, grab a couple of pizzas and sit back on your shells as we serve up seven slices of turtle trivia about everyone’s favorite half-shell heroes.

7. The Movie Is a Direct Adaptation of the Original Comic Book Series 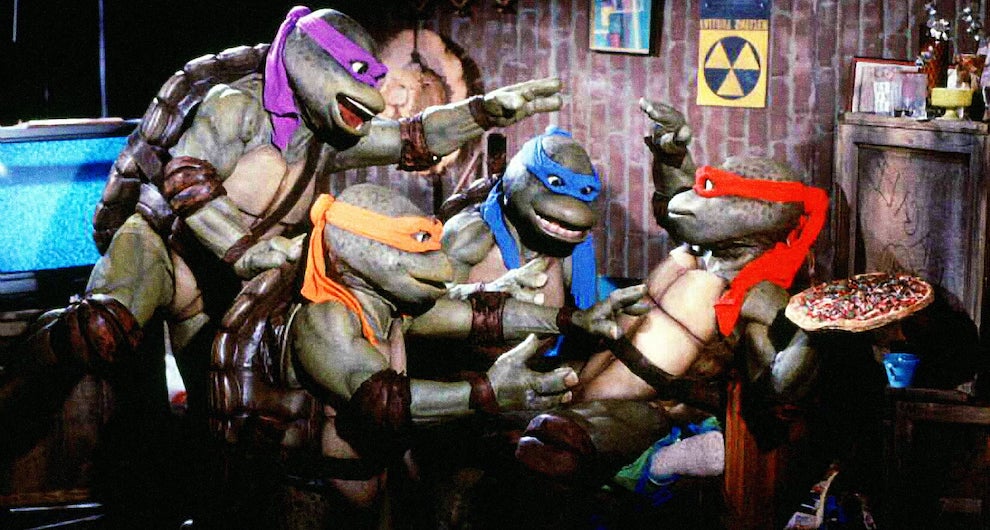 Teenage Mutant Ninja Turtles is largely a direct adaptation of the original comic book series, which had a 30-year run from 1984 to 2014, rather than the first animated series, which was on the air from 1987 to 1996 and retooled the characters for new adventures.

In particular, the first five issues of the series were used as a primary source of inspiration for its big-screen counterpart, which recreated many of the scenes illustrated in the comic book, including the Return to New York storyline, which is one of the most adapted stories in TMNT canon.

The comic book itself started out as a parody of Marvel’s Daredevil series, which first debuted in 1964. The radioactive “ooze” contained in the chemical canister that rolled from the street and into the sewer, causing the Turtles to mutate, was a similar substance to the toxic waste that blinded Matt Murdock.

In addition, Daredevil fought the super-villain organization known as The Hand, while the Turtles battled the fictional ninja clan, commonly referred to as The Foot. The Turtles’ mentor Splinter was also a likely homage to Daredevil’s master and trainer, Stick.

6. Most of the Scenes in New York Were Not Filmed in the Big City 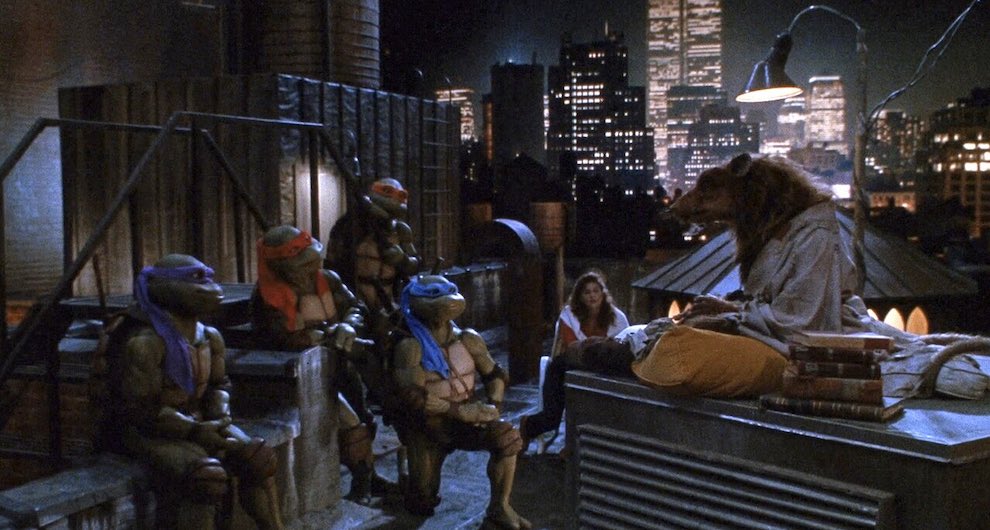 The hard-shell heroes famously found a sewer that they could call home in New York City, but the vast majority of filming actually took place in North Carolina, where director Steve Barron was able to close down entire streets to shoot scenes, as a budget-friendly alternative to the Big Apple.

The crew set-up a series of location shoots in the summer of 1989 to capture establishing shots of iconic landmarks, such as Times Square, the Empire State Building, and the Hudson River, before traveling to their secondary location, where they filmed the bulk of the surrounding scenes.

5. All of The Turtles Actors Made Cameo Appearances in the Film 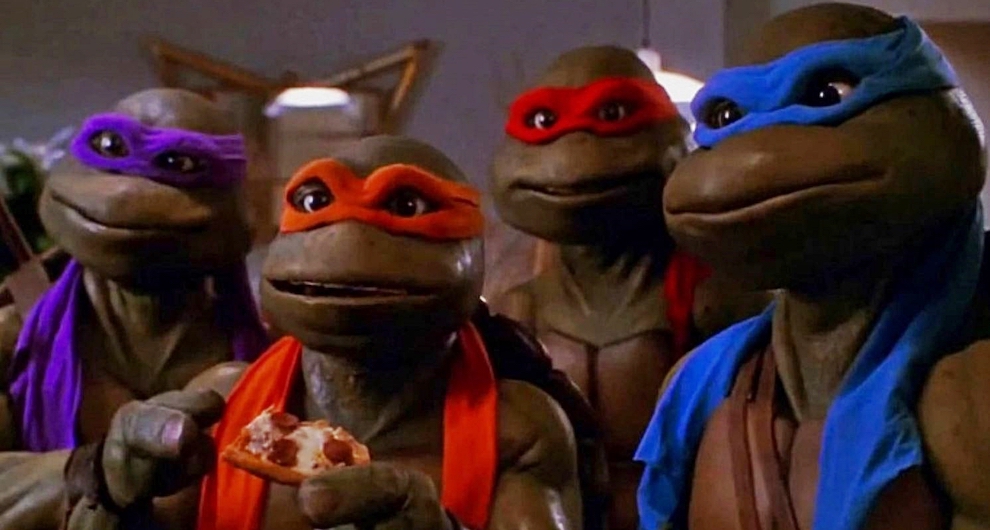 The actors who physically portrayed the Turtles in the movie came out of their shells to make individual cameo appearances. For instance, Josh Pais, aka Raphael, played a passenger in the backseat of a taxicab, whose attention piqued at the sight of Raph hopping onto the hood of the vehicle.

In another dual role, Michelan Sisti, who played Michaelangelo, also starred as the delivery guy, who slid a box of pizza to the Turtles in the sewer while Leif Tilden, who donned the Donatello costume, played a member of the Foot who delivered a message to April O’Neil in the underground subway station.

Finally, David Forman, aka Leonardo, played a background gang member in the warehouse where Casey Jones fought against (and ultimately defeated) Tatsu, portrayed by Toshishiro Obata, who served as the second in command of the Foot Clan under The Shredder.

Jim Henson’s Creature Shop in London created all of the Turtles’ costumes, which are said to be some of the most advanced that the famous puppeteer had ever worked on. Consequently, he and his workshop artists had to work long hours over a course of 10+ weeks to complete their reptilian creations.

During this time, several versions of the characters costumes were carefully handcrafted to help the team to identify the best materials to use to create the realistic final design. Ultimately, they opted for fiberglass and clay to create the molds as a frame for the 60lb foam rubber latex outer body. 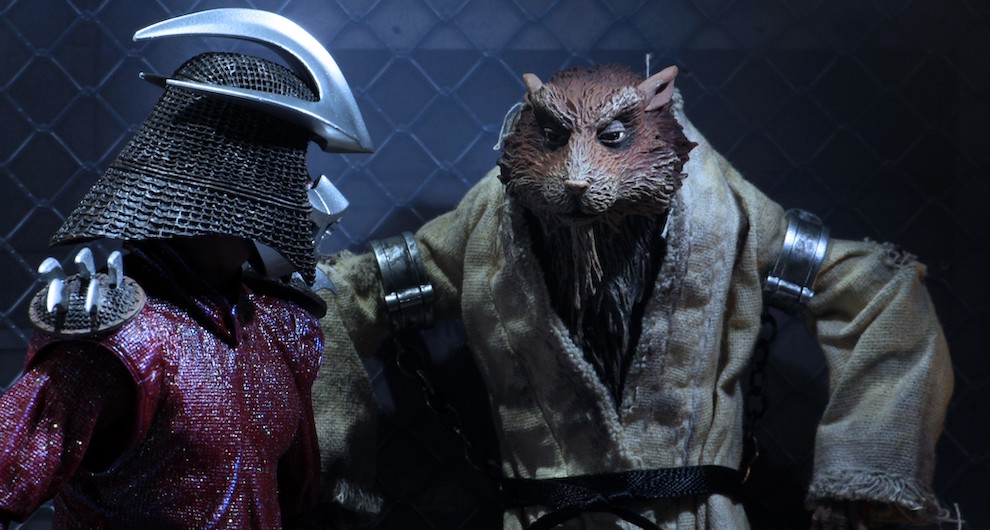 The Turtles’ Sensei, Master Splinter, was an authentic puppet, so rather than being operated by an actor behind a suit, the mutant rat was controlled by a trio of puppeteers who worked in unison to ensure that all of his movements occurred in sync on-screen.

Kevin Clash, who performed puppets for Labyrinth, Sesame Street, and various Muppet productions, was in charge of the main body of Splinter while another puppeteer remote-controlled the character’s facial expressions, and a final performer focused on the individual arm and hand movements.

2. The Fight Scenes Were Filmed in Slow Motion and Then Sped Up 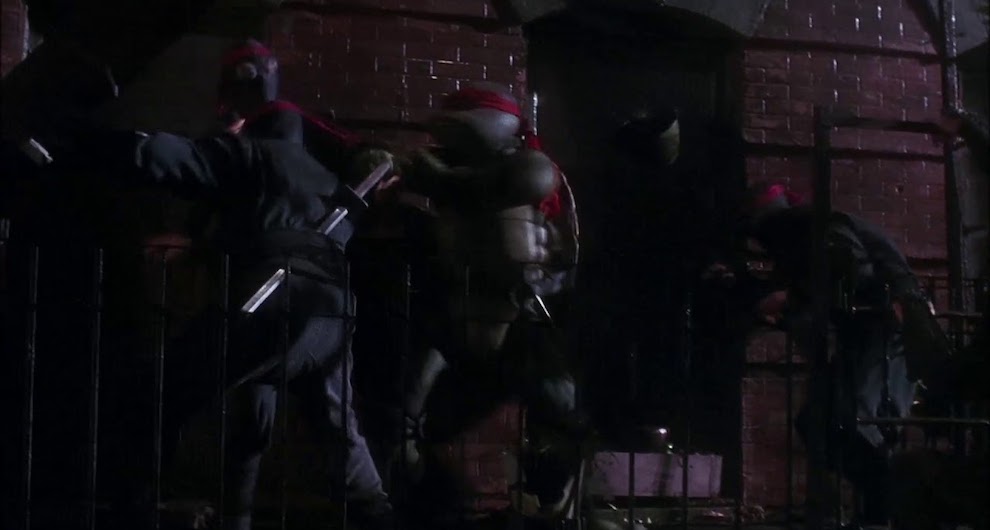 Being ninjas, the Turtles often karate-chopped, drop-kicked and sucker-punched there way out of situations but these death-defying stunts presented a slight problem for the actors, as their movements were restricted from the weight of their heavy suits.

Therefore, all of the fight scenes had to be filmed in slow motion to allow the actors to perform their action movements at a slower speed. The footage was then sped up in the final part of the production process, in order to make their actions appear authentic. 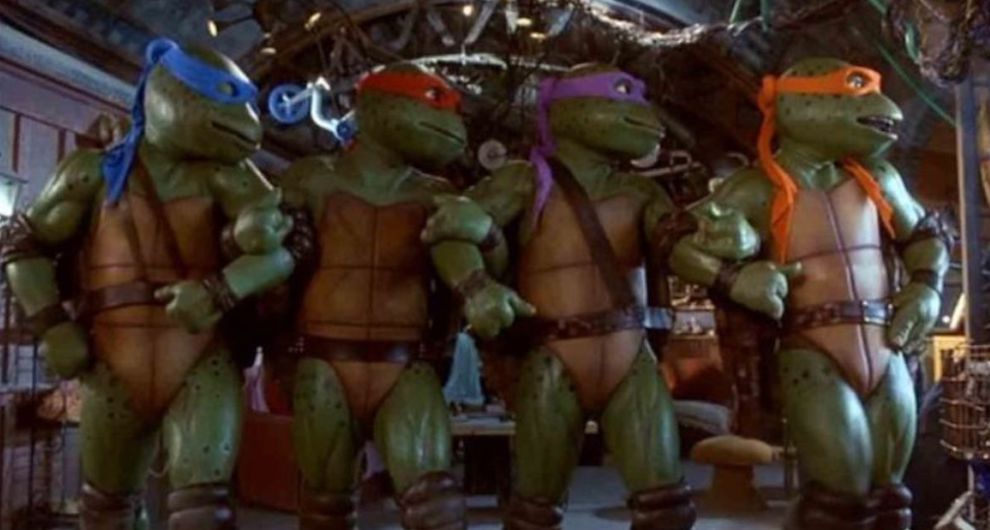 During its theatrical run, Teenage Mutant Ninja Turtles made a colossal stack of cash. It claimed the top spot at the box office when it opened in 1990, then went on to become one of the highest-grossing independent movies of all time, making $135m in the domestic box office and $66m in the foreign box office.

As a result, New Line Cinema earned over $200m worldwide in return for their investment of $13.5m, which was the total budget for the movie; then there were all of the tie-in products, including merchandise, promotional materials, and home release sales.

Turtle power, dudes! Which of these shell-shocking secrets surprised you the most? Did we leave any turtle tidbits out?