The cold comfort of horror is always perfect in the fall, but who says thrills and chills can’t be enjoyed all year? If you’re a horror fan, then you know that recently there has been a whole slew of new titles, reboots, and remakes to frighten audiences — but sometimes the real scares come from knowing our favorite slashers are getting rehashed.

Last year, October was full of classic horror series being resurrected — Chucky for Child’s Play and an adaptation of the original novel for I Know What You Did Last Summer — as well as a sequel to the sequel of genre-defining favorite Halloween. Plus, in January, the Scream franchise had a sequel/relaunch of its own, and there’s already more incoming. Not to be outdone, streaming platforms this year have been killing it with original titles such as Yellowjackets and Archive 81, proving not every horror hit has to be a franchise facelift.

Let’s dive into the guts and glory of the latest horror movie reboots and revivals. While many offer new takes on well-established classics, there’s something to be found for every open-minded fan. (And if you need a little help with that, we know some slashers who’d be happy to crack your skull open.) After this viewing guide, you’ll know just what to watch, besides your back. 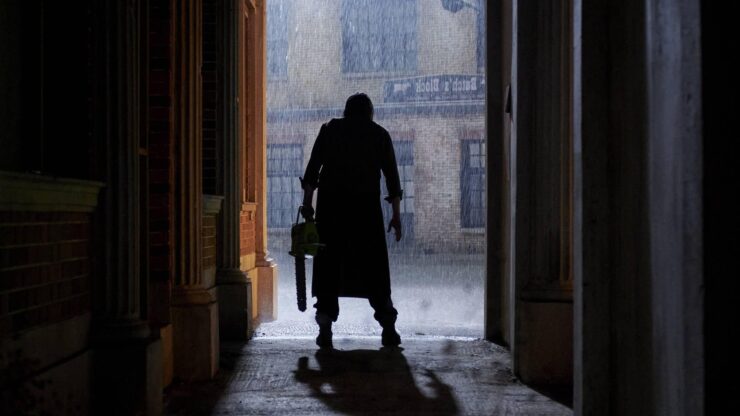 While we’ve seen Leatherface and the Sawyer family appear in several series revivals over the years, Netflix’s upcoming Texas Chainsaw Massacre film is set fifty years after the fateful events of the original film. When a group of young adults and influencers unknowingly encroach on Leatherface’s territory, he comes out of hiding to defend his remote haven of Harlow, Texas.

Many of the modern reboots seem to be skipping over the sequels and going straight for the heart — or liver or spleen — of the matter by aging their characters and making living legends out of these iconic killers. This means we’re not only getting an older Bubba Sawyer, but also a hardened Sally Hardesty (played by Olwen Fouéré following Marilyn Burns’ passing), the final girl and sole survivor of the infamous 1973 massacre.

Texas Chainsaw Massacre is set to debut on Netflix on February 18, so rev up those screens for some off-season slaughter. While it’s too soon to say whether it will be a worthy successor to the original slasher, if it follows in the footsteps of similar reboots like Halloween, the TCM franchise can make good use of the fresh meat. 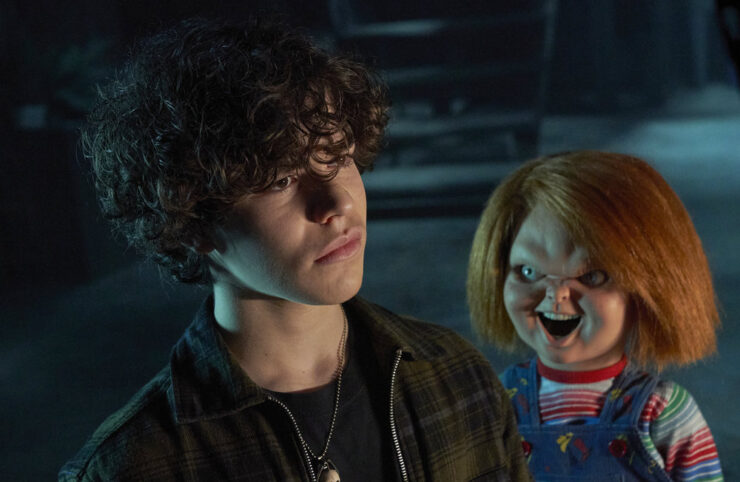 Let’s be honest — how many people actually refer to the Child’s Play franchise as anything other than “Chucky?” While the film universe did get a modern facelift a few years ago, Chucky is a television series created by Don Mancini, the premier writer of the original franchise. It serves as a sequel to Cult of Chucky, the seventh film in the series, and features plenty of returning cast, including Brad Dourif as the fun-sized, foul-mouthed serial killer.

Developed by Syfy and the USA Network (and available to stream with Hulu’s Live TV subscription), this show foregoes the technological upgrades of the 2019 film remake and revels in the campy tone of the original universe. But that doesn’t mean it’s regressive by any means. Chucky has a new teenage owner to menace, and tackles hard-hitting themes of sexuality, bullying, mental health, and murder. In a particularly well-received scene, the killer doll acknowledges he has a genderfluid child (Glen, from Seed of Chucky), and is accepting of LGBTQ+ identities. “I’m not a monster, Jake.” 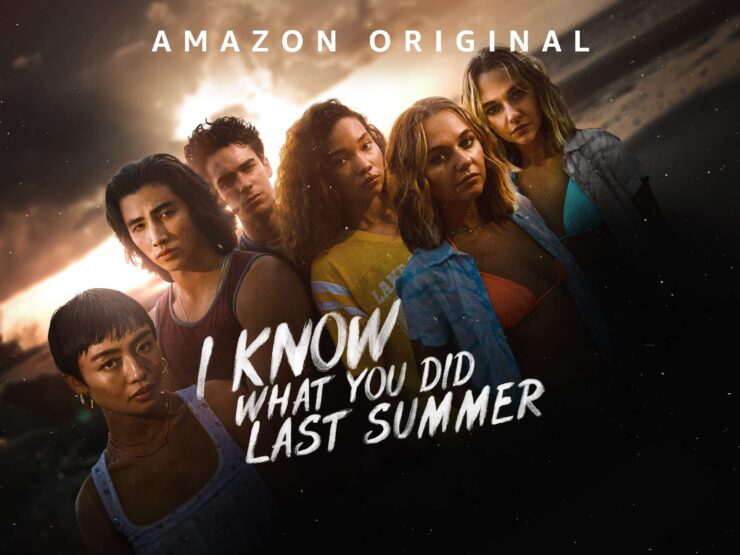 While you may know I Know What You Did Last Summer, did you know it is based on a 1973 novel of the same name? This modern remake is a part of the same franchise that gave us the original film (along with sequels I Still Know and I’ll Always Know), adapted for television as an Amazon Prime Original. Like the first film, this series follows a group of friends being stalked by a killer after trying to cover up a fatal car accident.

The teen horror series was remade with modern sensibilities in mind, meaning what began as a tight thriller in Lois Duncan’s original novel has become bigger and bloodier than even its cult classic 1997 film counterpart. In the age of slashers made on the backs of icons like Freddy, Jason, and Michael, I Know What You Did Last Summer turns up the heat but in a way that some critics found to be a bit too much.

Ultimately, while the launch was met with initial optimism, the bloody reboot failed to tonally congeal and got cancelled after one season. Despite this, some reviewers cited that the series did still succeed in shock and surprise with some fantastic deaths — but ultimately it’s up to you to decide whether you want to “know what they did” for yourself. 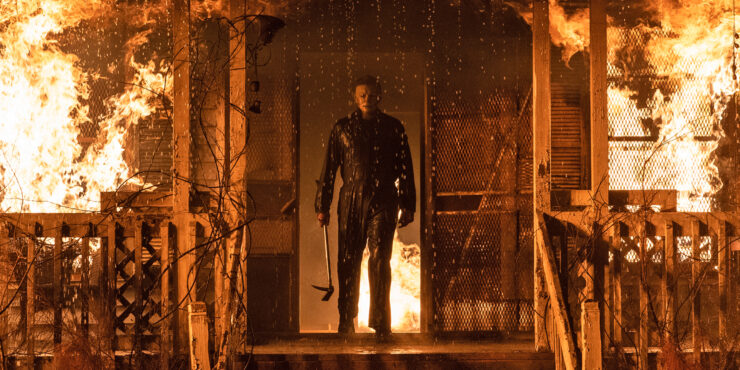 After the bold and rather well-received venture of Halloween (2018), Blumhouse had a pretty clean slate to work with — given that the reboot ignored every sequel ever produced beyond the original 1978 picture. Halloween Kills saw the return of leading lady Laurie Strode (Jamie Lee Curtis), hardened by her horrific experiences with the seemingly unstoppable Michael Myers.

Kills picks up where the previous reboot film left off, this time letting the whole of Haddonfield in on the hack-and-slash action. Dealing with their homegrown horror, other survivors from the original film like Marion Chambers, Lonnie Elam, and Lindsey Wallace, are all dragged back into the action, mixing nostalgic callbacks with updated action and plenty of creative kills.

Still, it seems Halloween Kills hits the sequel slump that even our iconic favorites of yesteryear sometimes encounter. Some reviewers criticized the overall formulaic and uninspired screenplay despite the strong performances and gore. With a third in the modern trilogy — Halloween Ends — planned for later in 2022, fans will just have to wait and see whether this franchise revival was a real treat, or just a trick.

Have you ever wondered whether you could survive stranded in the woods? What if you had your whole high school soccer team along for the ride? This Hulu Original presents a dizzying tale of isolation and cabin fever, with a healthy dose of paganism. It jumps back and forth between past and present, creating tension and terror across the timelines.

In some ways, Yellowjackets is like The Lord of the Flies — an examination of what happens when humans are removed from the normal rules of society. In other ways, it is a vaguely supernatural mystery with an awesome late ’90s soundtrack. And yet, at the same time, Yellowjackets also challenges what it means to remain loyal in the face of impossible decisions. You’ll begin by asking, “Who gets eaten?” but you’ll end up clamoring for everything else served on the side.

Yellowjackets has already been renewed for a second season, so you’ll want to catch up and be in the know — everyone’s buzzing about this one.

When it comes to the occult, all you really need is an old creepy statue, some sacrifices, and … VHS tapes? Archive 81 is a Netflix original series based on the podcast of the same name and each episode will leave you more unsettled than the last. It expertly builds tension across its tight eight-episode season, preferring atmosphere and dread rather than jump scares or on-the-nose genre nods.

Dan restores old film and when he is hired by a shady company to work on a damaged documentary, he gets much more than he bargained for. Somehow, Dan’s own past becomes mixed up in a job he never wanted in the first place and a mystery that consumes his sanity. Archive 81 is perfect if you enjoyed the retro feel of Stranger Things but aren’t afraid to dabble in the darker side of found footage horror. Even the original podcast format is built around archival audio recordings, innovating the film style truly pioneered by The Blair Witch Project.

If you’re looking to sit back and unwind — or rewind — with a new story to break up the reboot madness, you won’t want to miss this one. 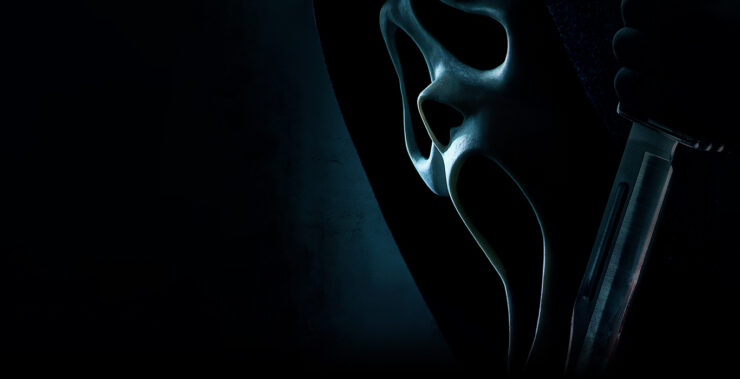 The Scream franchise has always been unique, given that these films exist in a world where our favorite scary movies have also happened. The characters have seen the classics — Halloween, Texas Chainsaw Massacre, A Nightmare on Elm Street — and have learned from them, for better or worse. Famously meta about even its own status as a horror film with numerous sequels, expectations were high for a Scream relaunch following in the footsteps of other recent franchise relaunches.

Toying with the trend of even renaming itself after the first film in the franchise, Scream (2022) continues to satirize the ever-expanding media playground that now involves social media, reboot culture, and toxic fandom — modern pop culture staples that have changed the movie landscape forever. This was the first installment of the series not to be directed by Wes Craven, the horror legend, but it still managed to land well with most critics and fans.

A Scream sequel was officially greenlit in February 2022, so it remains to be seen if Ghostface and Sidney will continue to slash through the box-office competition, or whether one too many remakes will bleed the self-aware franchise dry.

The landscape of horror movies can be scary to navigate with all the new and nostalgic content being offered. Fans have no shortage of options at this bloody banquet of modern offerings, but sometimes ideas don’t live up to our imaginations. Still, there are plenty of successful examples of revivals and reboots to delight fans both new and old, so be sure to catch up on all your favorites and keep the fright going all year long!

Now that you’re all caught up on the most recent viewing options for horror fans, go on, tell us — what’s your favorite scary movie?