Today is Mother’s Day, which means it’s time to celebrate the matriarchs, maternal figures, and mothers in our own lives AND across pop culture!

This list recognizes remarkable moms across a few different fandoms and mediums- movies, comics, and television. Read on to discover if your favorites are among them.

Single parent and ace pilot, Captain Maria Rambeau may be a secondary character in Captain Marvel, but she’s one of the best moms in the MCU! She raised her daughter, Monica, alone, all while facing adversity in the workplace. Her strength and resilience are outstanding right from her introduction.

Throughout the film, Maria is thrown into unfamiliar situations—and literally taken to another planet—and adapts immediately. She cares deeply about her daughter, as evidenced by her aggression toward Talos and the other Skrulls when they seem to be threatening the young girl. Maria also welcomes another persecuted family—Talos, Soren, and their child—into her home, showing both courage and compassion.

Today and every day we salute Maria Rambeau! 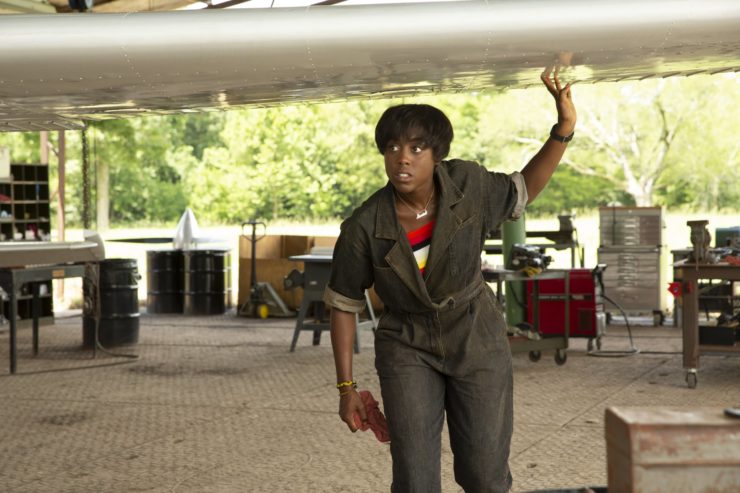 Shmi Skywalker is surely one of the most vital Star Wars characters in the universe because she, physically and emotionally, initiated the entire Skywalker saga. We don’t know much about her past, but we do know she gave birth to, raised, and loved Anakin Skywalker all her own while they were both slaves on Tatooine.

Throughout The Phantom Menace, Qui-Gon Jinn encourages Shmi to allow her son to participate in increasingly dangerous tasks in order to earn his freedom. Although she hesitates at first, she also knows the bet with Watto is Anakin’s best chance of leaving that harsh desert planet and life of servitude.

In the end Shmi sends Anakin away to join the Jedi Order, surrendering her only source of happiness so that Anakin may live as a free man. He doesn’t return until her death years later, but she never stops loving him. It is the ultimate maternal sacrifice and she bears it with grace and dignity. 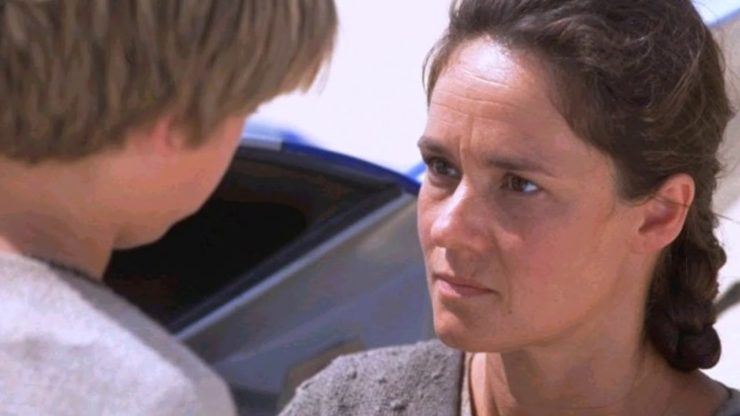 She is a nurturer, a protector, and the connection between humans and Vulcans. A teacher from Earth, Star Trek’s Amanda Grayson marries ambassador Sarek and raises three children with him: Spock, stepson Sybok, and ward Michael Burnham. Across multiple continuities, timelines, and eras, Amanda has been a constant.

Amanda cherishes all three of her children equally. She encourages them to learn and honor their Vulcan heritage, while also showing them the values of human emotion. Love, especially, is taught, given, and received.

Even when Spock has sworn to reject emotions, he cannot erase the deeply ingrained affection he holds toward his mother. Amanda also never turns cold to her Vulcan kids when they try to shut off their feelings regarding her. Of all the mothers out there on the final frontier, then, she is ultimately the best.

A little lesser known, yet an absolute LEGEND, Alana is the warrior-mother-hero of Image Comics’ space opera Saga. Alana is on the run for deserting her home planet’s army during intergalactic war. The reason? She fell in love with the enemy and had a child with him. To protect Hazel, and hopefully raise her in a more peaceful world, Alana and husband Marko take flight into new regions of space, finding allies and antagonism alike along the way.

Alana is brave and witty, with a great moral compass and a fierce protective streak. Although she distrusts many of the beings she and Marko meet, once they prove their friendship, she extends much of the same care toward them as she does toward Hazel. Hazel, of course, is still her number one priority. Alana would move planets for her, kill for her, risk her own life to ensure her daughter’s survival.

Saga itself was inspired by the author’s own emotional journey through parenting. Drama, love, and family are woven expertly throughout, with the most vital relationship to the narrative being the one between Hazel and her incredible mom. 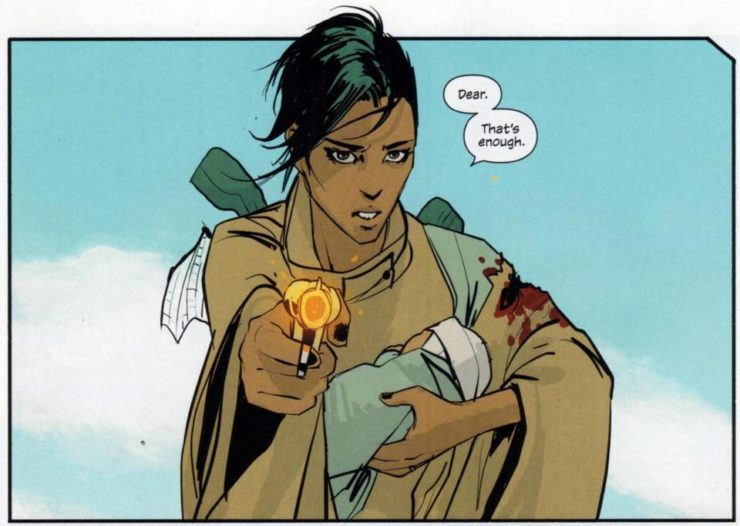 Lily Potter, née Evans, makes the #1 spot on this list because she made the ultimate sacrifice for her child, Chosen One Harry Potter. But let’s not get ahead of ourselves; Lily, before she died, was a smart and capable witch who was also devoted fully to her son. Harry was her pride and joy, and she wrote letters to many of her and James’ friends to show off her baby boy. She would have been a beautiful presence in Harry’s childhood had Harry not been orphaned so early in life.

On one fated night in Godric’s Hollow, Lily stood between Voldemort, the wickedest wizard of all time, and Harry’s crib. Voldemort had come to kill Harry because of a prophecy that foretold the Potter child as the Dark Lord’s downfall. He had no intention of killing the Potter parents until they got in the way.

Lily was the last to die in that house. She was told to move aside but she refused. Voldemort cast the killing curse—Avada Kedavra—on her before turning his wand to Harry. Harry, however, had been granted the greatest protection spell of all time: love. That’s why he has his famous scar.

Later in the Harry Potter series, Harry is spared from Voldemort’s assassination attempts by the remnants of the ‘spell’ Lily cast on the night of her death. Lily’s ghost also appears twice—once in the graveyard, and once in the Forbidden Forest—to comfort and advise her son.

The Boy Who Lived is nothing without the mother who died for him. 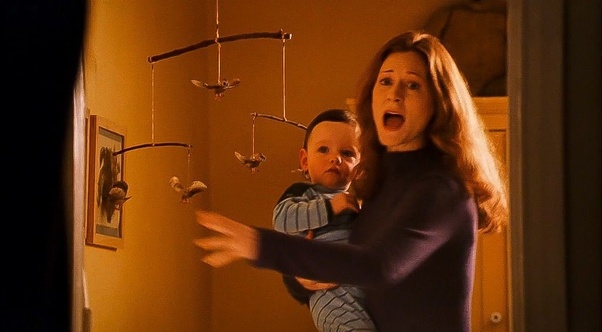 These women didn’t make Top 5, but they deserve to be recognized! Our honorable mentions are:

Whether she’s another fictional mom or your own parent or partner, we hope you give a shout out to that special someone in the comments!