The Best Harley Quinn Comics You Should Read

Comic creators have invented thousands of characters. Some became icons ingrained in America’s mythology. Superheroes like Batman, Superman, Captain America, and Iron Man exemplify this. But, villains, too, have also been revered and included in our mythos. The Joker and Thanos are two solid examples of recent successes.

While so many more superheroes and villains have flopped or simply faded to the background, Paul Dini and Bruce Timm’s Harley Quinn has surpassed all expectations. Neither one-hundred percent villain or hero, Dr. Harleen Frances Quinzel quickly became a cultural icon, rising above so many would-be stars.

She was first introduced as The Joker’s insane girlfriend in Batman: The Animated Series as a one-off appearance but instantly won over the hearts and curiosity of viewers. Modern audiences know her from her features in comic storylines like Suicide Squad, video games, and Margot Robbie’s Birds of Prey live-action film.

By no means is Harley a typical character and she has proven herself to be worthy of numerous different renditions. To get a better understanding of the good doctor, fans can acquaint themselves with more Harley Quinn stories across DC Comics publishing.

Here are the all-time best Harley Quinn comics that are essential to understanding the character: 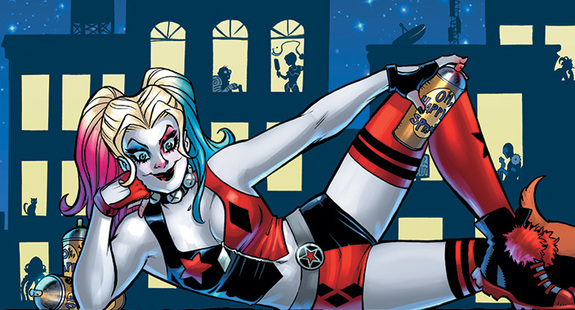 Fans went crazy when the first Harley Quinn: Birds of Prey set photos came out. Margot Robbie was dressed in roller derby clothes and was often seen in rollerblades. Although we did see Harley in skates for a good portion of the film, audiences still craved more roller derby.

Jimmy Palmiotti and Amanda Conner foresaw this. Their version of Ms. Quinn is a full-on roller derby player. Conner and Palmiotti’s rendition is closer to Margot Robbie’s version, too. Their Harleen is kooky, broken up for good with the Joker, and trying to make a career out of crime. It’s a must read storyline for those who love the independent anti-hero. 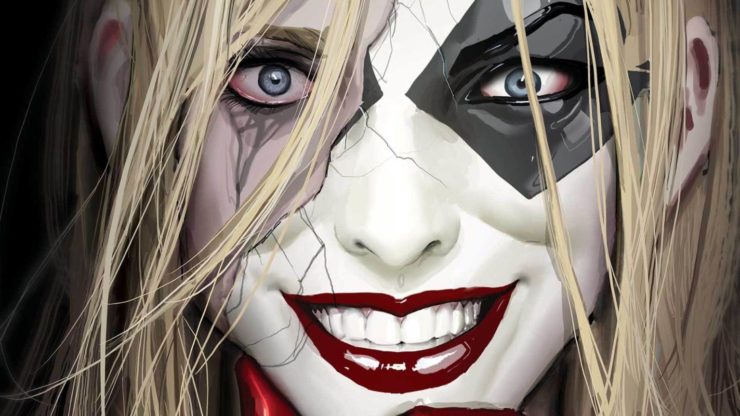 No matter what Harley Quinn story you read, chances are that story is most likely using elements found in Dini’s origin story Mad Love (more on this quinn-tessential storyline later). She is introduced as a zealous psychologist who falls in love with the Joker, breaks him out of prison, and drops her life to become his henchwoman.

Stjepan Šejić’s Harleen has these canonized elements but the writer/artist updates Doctor Quinzel’s tale of descent for a modern audience. This Harleen isn’t a zany gal ready to give it up for a madman. Instead, she’s a brilliant doctor that wants to save Gotham but everyone is against her. The Joker himself is also changed from a frightening looking madman to an attractive enigma, giving readers a better understanding of why a smart girl like Harley would give in to him. 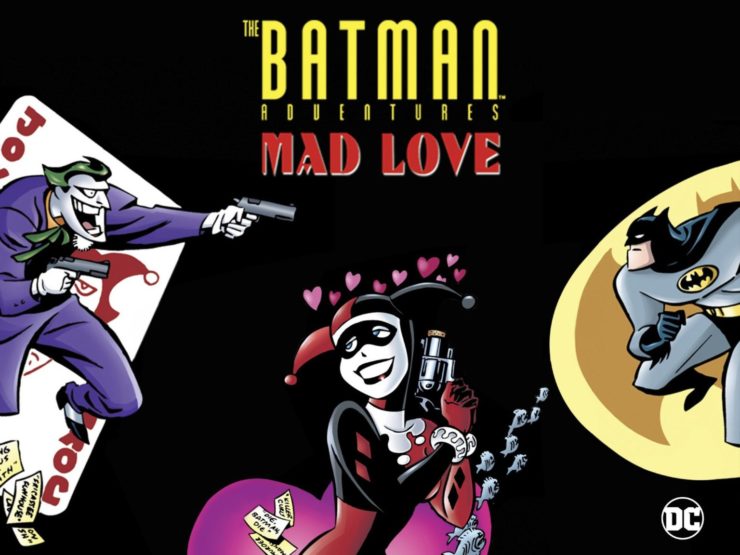 While this isn’t Harley’s official first comic appearance (that was Batman Adventures #12), it is one of the first and it’s based on her original introduction in Batman: The Animated Series.

Mad Love is a must-read for those who love the over the top, cartoonish, Brooklyn-accented, Puddin-lovin’ Harls. It gives her Batman:TAS storyline more time and depth. In it, Harley reminisces over the good old days, when she met the Joker and first fell in love. In the present time, their relationship isn’t all rainbows and butterflies. The Joker’s number one fan, our Harley girl, must destroy Batman to get the true attention of her beau. 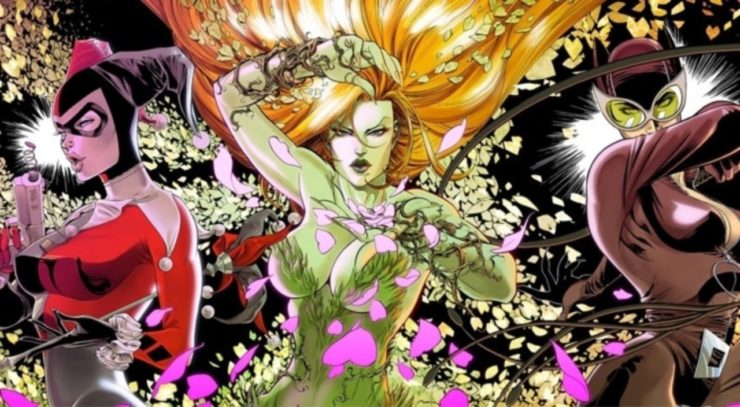 Many DC fans know Harley Quinn as the Joker’s right-side girlfriend but when Quinn isn’t busy going along with every one of her boyfriend’s whims, she’s most likely spending time with Poison Ivy and Catwoman.

Gotham City Sirens, also written by Paul Dini, includes the three most famous DC women working together and forming friendships- and sometimes more than that, in the case of Harley and Ivy. The 26-issue series ran from 2009-2011 and, like the Birds of Prey film, further explores a Harley Quinn narrative without the Joker. 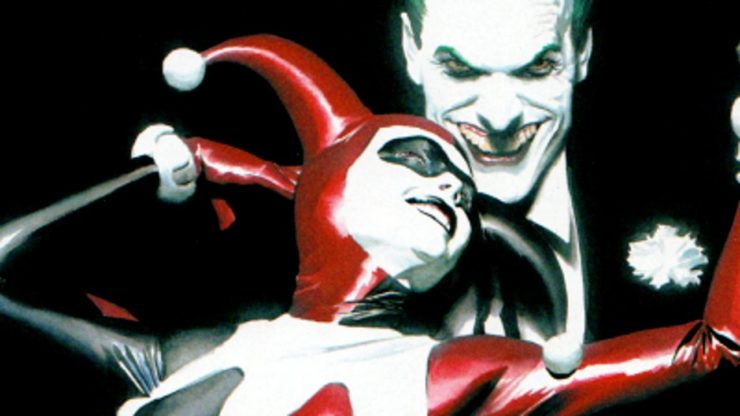 Harley was an instant success from the moment she debuted. It was clear fans wanted more after her first appearance of Batman: The Animated Series but it wasn’t enough to just publish Mad Love or include Harley as the latest Batman villain in ongoing series.

Batman: Harley Quinn was created to further satisfy the Quinn-craze. Again, Dini was brought in to cover his vision of her origin story and officially canonize it into the comics. This time, situating Harley in Gotham alongside current characters and introducing the loony to Poison Ivy, who finds her new acquaintance injured and abandoned by her Puddin’. It’s viewed as the Harley Quinn origin comic and is definitely one of the best ever produced.