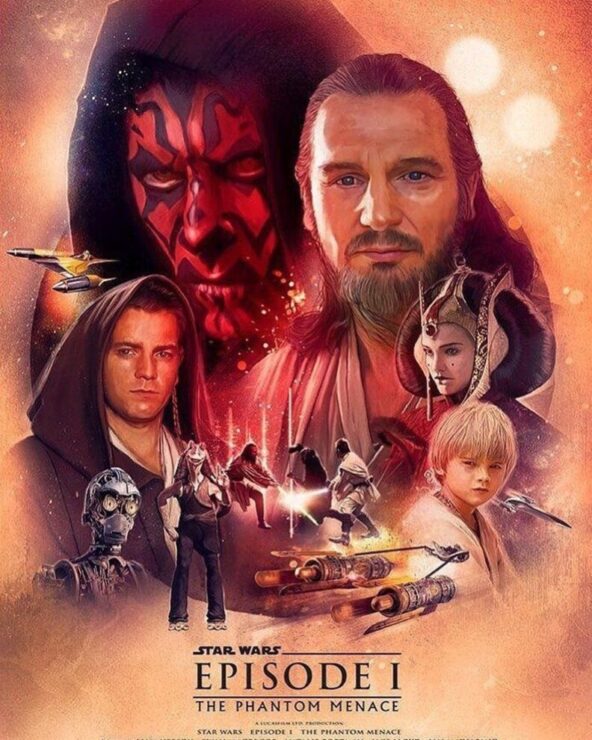 The original Star Wars™ trilogy redefined the world of motion pictures. Writing, plot twists, and special effects were changed forever. These movies were some of the first summer blockbusters, and they quickly amassed a fan base larger than practically any other.

The films connected friends, parents, and children, creating a multi-generational space for escapism and high-tech mythology. They were fables, in more ways than one.

Because of all this, the desire for new Star Wars films was ravenous. When Lucasfilm announced a new trilogy, fans were overcome with joy. The premier of Episode I: The Phantom Menace took the world by storm, as it was covered by virtually every news outlet. People waited outside theaters for hours or days just to get the tickets before the film’s actual release date. And according to an employment consulting firm, at least two million people skipped work to attend the release.

The Star Wars prequels made over $2.5 billion during their combined theatrical runs. Audiences kept coming back for more, so it’s obvious that there were many who enjoyed the films. These prequels created millions of new fans and added a wealth of new material to the already robust universe.

And just like the first trilogy, the new films changed the way movies are made. The hyper-realistic digital effects we take for granted nowadays owe their existence to The Phantom Menace, Attack of the Clones, and Revenge of the Sith. Even beyond that, the legacy of the prequels has given fans some of their most beloved Star Wars characters and adventures explored on the small screen.

Let’s take a trip down memory lane and go through some of the best elements of Star Wars that we can thank the prequel trilogy for introducing. 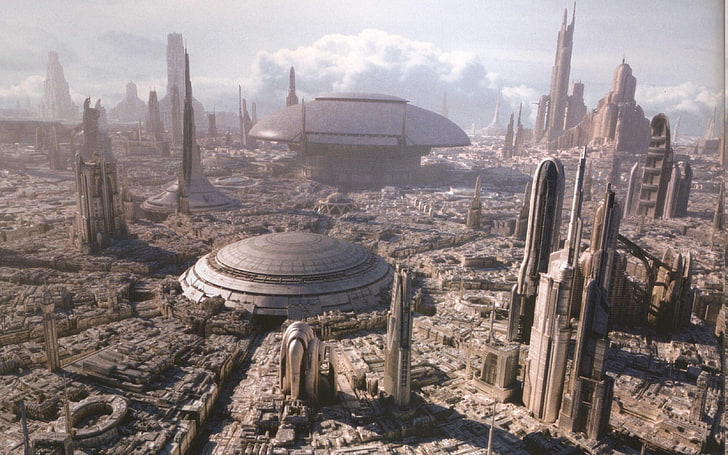 The world of Star Wars got a whole lot bigger with The Phantom Menace. New ships, vehicles, alien races, and planets popped up all over the place. The film introduced a veritable sandbox for future creators – it’s quite possible that because of this, the world will never run out of Star Wars stories.

The next two films, Attack of the Clones and Revenge of the Sith, added even more to the franchise, giving geeks worldwide extra things to obsess over. It’s clear that a lot of thought went into these story additions, and the new material definitely succeeded in making the Star Wars universe appear larger and more populated.

One important element was the “space government”. The Republic was shown as a full governing body with hundreds of senators. These scenes fleshed out the story and added a complexity not seen in the original trilogy. Plus, these scenes formed the basis for much of what we see in Clone Wars and Rebels, shows that reveled in political intrigue.

The wealth of new situations and subplots also tied up some loose ends of the original trilogy. For example, fans finally knew why the Jedi had fallen and why Anakin had turned to the dark side of the Force. Even smaller elements were touched upon as well, such as the origins of fan-favorite Boba Fett. Through his father, Jango Fett, we got to see some of the brutal bounty hunting action that the original series didn’t fully explore.

Regarding brand new characters, there’s no denying that Darth Maul stands out as the best of the lot. From his first appearance, fans have lauded his mystique, design, and all-around badness. He’s almost as popular as Darth Vader himself. 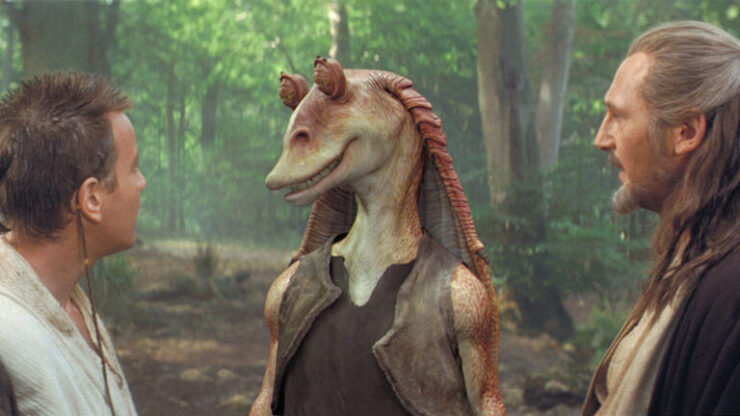 Like all Star Wars films, the special effects were key to the prequels’ success. Borders were crossed, barriers were broken, and the road of cinema was paved with innovation through new computer techniques.

Certain characters such as Yoda, the arena beasts on Geonosis, General Grievous, and a host of others were given a great degree of movement and detail, making them absolutely come alive on the screen.

A prime example is Jar Jar Binks. Regardless of how you feel about him, this character was an important stepping stone in the world of special effects, as the Gungan was actually the first major instance of motion capture in a feature film.

Spaceship battles were also upgraded to the Nth degree. Everything was faster, sleeker, and more numerous. These scenes were some of the most complex CGI renderings of the early 2000s. We take it all for granted when we see modern superhero and sci-fi movies, but the process of putting dozens of fast moving objects against an animated background was genuinely pioneered by Episodes I-III.

Indeed, the Star Wars franchise has always been a key innovator in the area of space action. The prequels did with computers what the original trilogy did with sets and models (admittedly with a little digital help), and it can be argued that both methods were important for the evolution of visual effects.

Episodes I-III made extensive use of the “green screen,” which set the stage for many future films. Chroma keying (blue/green screens) had been used for years beforehand, but the prequels definitely made the method more mainstream. Another element that paid off in the prequels is directly tied to the special effects. Though it has no spoken lines other than some futuristic bangs and zooms, this subject could be looked at as a main character all its own. That subject is the lightsaber, or more specifically, the lightsaber battles.

The original trilogy had some great laser sword fights, taking their cue from swordsmen and samurai. But the prequels upped the ante by improving the choreography and giving the actors intensive training. Ray Park, the actor who portrayed Darth Maul, was even a master of martial arts, and this gave the duels some fantastic action.

The prequels also showcased many stuntmen with a talent for speed and agility. This is not to say that the lead actors didn’t have cool moves of their own. In fact, actors like Hayden Christensen and Ewan McGregor trained hard to perform many of their own stunts. Through commentaries and behind the scenes documentaries, the filmmakers revealed that the final battle between Obi-Wan Kenobi and Anakin Skywalker in Revenge of the Sith took months of rehearsal before shooting.

What was your favorite thing about the Star Wars prequels? Let us know in the comments, and Let Your Geek Sideshow.

Ant-Man and the Wasp: Quantumania, Fennec Shand Joins The Bad Batch, and more!