All good things must come to an end. Breaking Bad, The Sopranos, and the like — no matter how long or brimming with endless potential they seemed to be — had to conclude somewhere. Because the best TV shows keep getting better and better and, instead of dragging along a moment too long, end on a triumphant high note.

That’s mostly true of all the greatest television shows, except if it’s The Walking Dead you’re talking about.

TWD has had its fair share of ups and downs. When it’s great, it’s truly spectacular. It’s a prime example of what all dramas should strive for; full of character development and exploring contemplative themes like morality, fear, and corruption.

But, boy, when it’s bad it’s really stinking bad. You know the ones we’re talking about. The filler episodes that feel pointless, meandering, or dependent on character deaths and playing with the hearts of the audience instead of giving us a good story. And, it hasn’t ended yet either. Instead, AMC continues to roll out seasons and multiple spinoffs that seem as persistent as the zombie threat itself.

What’s left for TWD? Season 10 has been paused and its finale will air later this year. We can only guess if this finale will go down in TWD’s golden vault or sizzle out like so much of Season 8 did. Until then, let’s go over the best and worst The Walking Dead episodes of all time.

The Worst of The Walking Dead 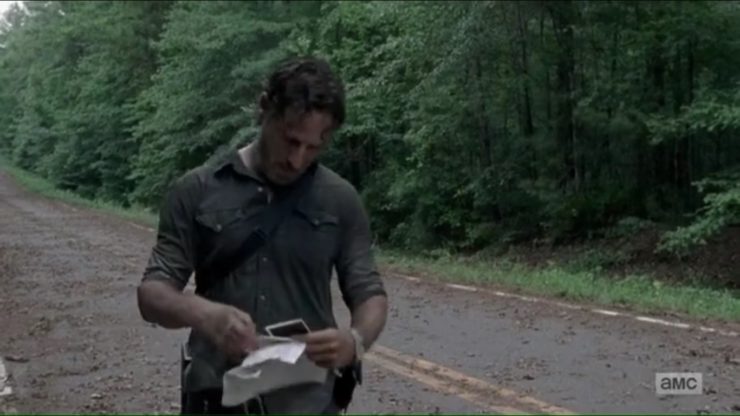 The King, The Widow, and Rick

The synopsis claims there will be life and death consequences, but it’s rated one of the worst episodes because it’s too much back and forth between Rick, Maggie, and Carol.

The three leaders write letters to each other, updating their allies. To audiences, that means exposition. Too much of it. The only real action happens when Jesus brings Saviors back to Hilltop, the slight drama that ensues from that, and Jadis writing an “A” inside a container where Rick is. 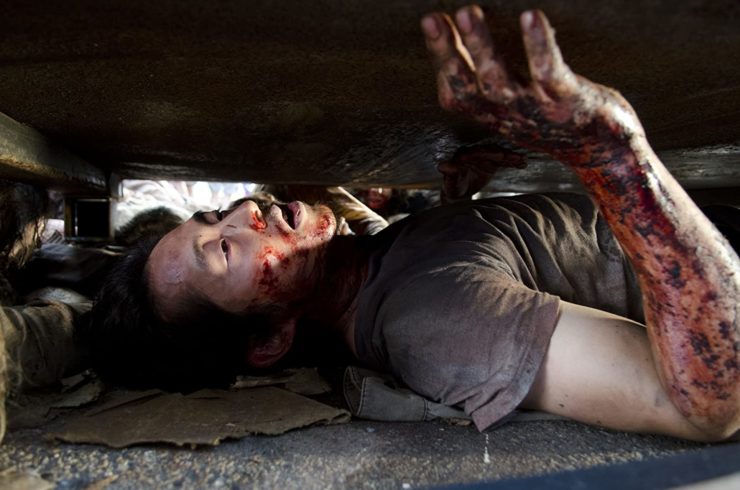 Glenn is alive! This was a major cliffhanger that kept viewers on the edge of their seats for days. However, it’s how everything played out that lost our hard-earned attention.

Like we thought, Glenn survived the zombie raid with Nicholas’s body-shield. Once we realized our prediction was accurate, what was left? Fans also had unanswered questions about how he survived. The walkers really didn’t notice him right there? Its predictability and illogical explanation helped cement this episode as one of the worst, despite the tension of the devastating cliffhanger. 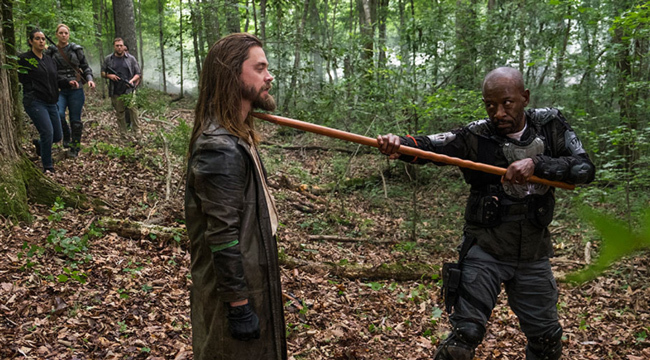 Even an appearance by Morgan could not save this one. “Monsters” suffers from a serious case of yo-yo-ing. It’s the constant back and forth between Negan and Rick’s groups that throws you out of the drama. This dynamic can only go on for so long before audiences grow tired of the cat and mouse game.

And tired we did grow of the Saviors and Negan. We get it. It’s going to be a showdown. So, show us!

The Best of The Walking Dead 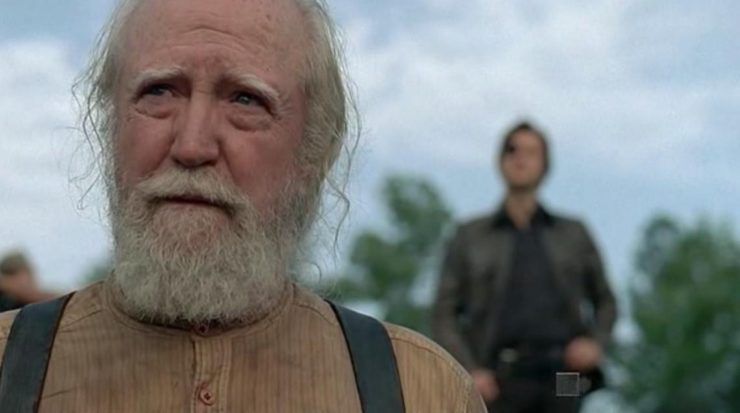 If “Monsters” shows the downside of baiting viewers with an invincible foe, “Too Far Gone” shows how to properly treat a villain that just won’t go away.

This time it’s the Governor who’s back again to wreak havoc on Rick and his followers. There’s no waiting around or dragging on this battle for seasons. Instead, in the process of the Governor trying to take the prison from Rick’s group, we see Michonne and Hershel used as hostages, and Philip lies through his teeth to his new family.

The whole episode made our blood boil and our heart rates quicken. The episode ends with the death of Hershel, the Governor, and the group splits off. 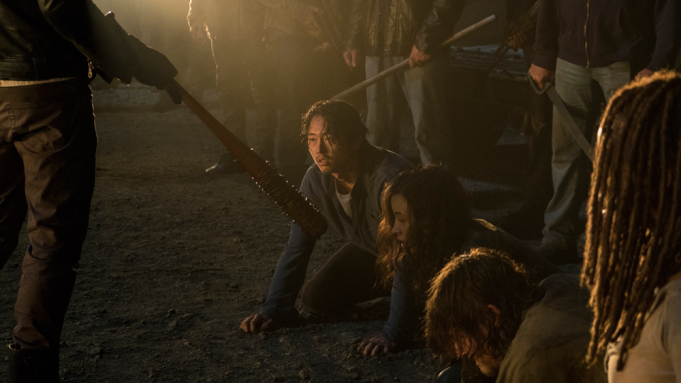 The Day Will Come When You Won’t Be

Before Negan’s badassery became stale, it was magnificent. Gut-wrenching and powerful. That’s what made the finale of season 6 and the start of season 7 so remarkable.

Glenn. This time you didn’t make it out alive. The episode prior left months of audience guessing. Who did Negan use Lucille on? It broke everyone’s heart to find out it was you, one of TWD’s best characters.

Your death still hurts and for that reason, “The Day Will Come When You Won’t Be” will forever go down as just about the best The Walking Dead episode of all. 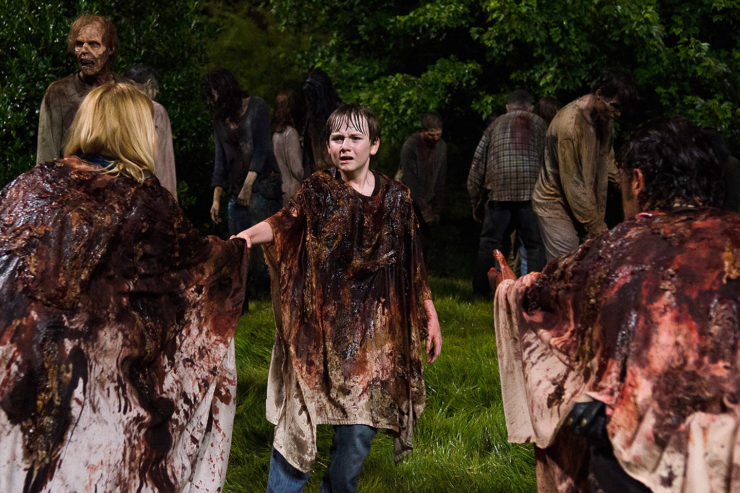 In the grand scheme of the series, Jessie and her sons, Sam and Ron, are minor characters. Jessie is Rick’s love interest and her sons are weak and cruel. They are hardly significant but that only proves how amazing the writing, directing, and acting were in “No Way Out”.

So much of this episode is incredible but the scene between the Anderson family, Rick, and Carl takes the cake. We held our breath and knew full well that little Sam was not going to be able to stay strong. Of course, he lost it in front of the walkers but we didn’t expect Jessie to cry out and suffer the same fate.

But the drama didn’t end there. Ron takes revenge on Rick, fires his gun, misses, and shoots Carl in the eye. “Dad?” will never sound the same. 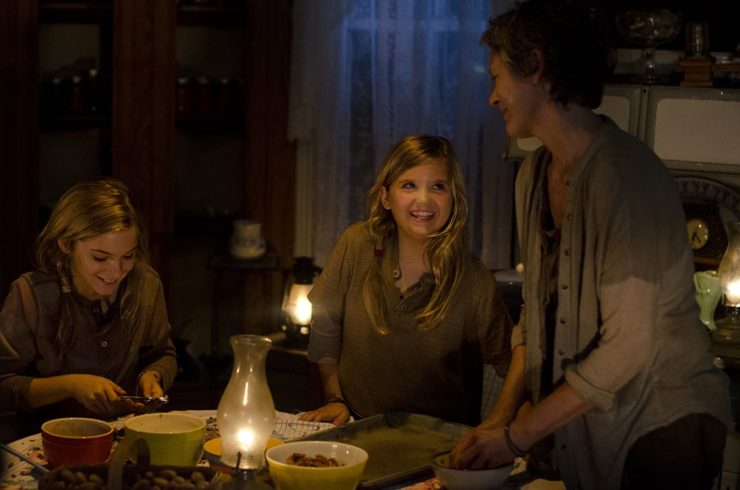 The greatest TV moments don’t rely on fast-paced action scenes. Those are great but classic TV moments usually deal with themes and pose questions that viewers still think about today. The Walking Dead has several thoughtful episodes like this but “The Grove” does it exceptionally well.

In it, we see sisters Lizzie, Mika, and Carol deal with the zombie apocalypse. Carol wants to harden the girls to help them survive, but something is off about Lizzie. In earlier episodes, we see her take a liking to the walkers and she covers Judith’s mouth and nose for a moment. Carol doesn’t notice this, but does notice Lizzie’s warm feelings about flesh-eating corpses. She dislikes Lizzie’s actions but, still, she believes it is Mika that is worse off: she’s soft, like her daughter.

Is it worse to be too soft or too hard? In a zombie apocalypse is one more beneficial? Where does mental health fit in? Well, in “The Grove” it’s Lizzie — the tough but deranged sister — that turns her own sister into a walker. Maybe Mika was too soft. Carol isn’t, though.

“She can’t be around other people,” Carol tells Tyrese and so she ends the threat of Lizzie, taking her life. It’s heartbreaking. Complex. And brilliant television.

What’s your personal favorite The Walking Dead episode? Which do you wish you had skipped? Let us know in the comments!