The Flash has been an iconic part of comic and tv superhero teams since his debut in 1940. Despite this, few people can name any powers The Flash possesses except running really fast!

So just what all can this “Scarlet Speedster” do, and why is his superpower so remarkable? In this Super Power Play-By-Play, you’ll find out!

In addition to running quickly, his reaction times and thought processes can keep up with his super-speed movements. He also possesses super-endurance so that he can physically withstand the speeds his body moves at, and he creates a kind of invisible aura around his body that protects him from kinetic effects and friction created by his powers. 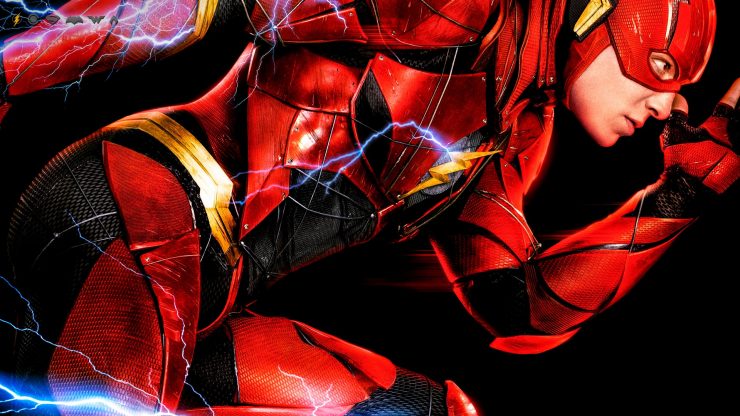 This endurance can even become a secondary magic trick; some iterations of The Flash and other speedsters have been seen quantum tunneling, or vibrating so quickly they can pass through solid walls and objects. The speeds at which The Flash moves can actually allow him to travel through time in some cases, such as in the famous Flashpoint series that ended up altering a great deal of the DC universe timeline. In addition to all of this, The Flash has been seen lending and borrowing speed like a currency thanks to the Speed Force energy, which affects all speedsters across the multiverse.

The Speed Force has changed in appearance and function over the years, with some distinctions being drawn pre-and-post-Flashpoint.  Different conduits of this strange energy have been known to have different top speeds- speedsters in their prime can even reach sonic boom speeds, while older heroes have a reduced, but still superhumanly fast, speed.  It is possible for heroes (and villains) to lose their connection to the Speed Force as well, or even accidentally become a part of it.  There is also a Negative Speed Force, created by Eobard Thawne, granting many of the same mirrored abilities as the traditional Speed Force.

As compared to the beloved hero Superman, The Flash has had a sweeping history of ties and successes when putting his powers to the test agains the Last Son of Krypton. In the beginning of their friendly rivalry, the two tied in their initial races, equally matched in speed and skill, but as time went on it was revealed that The Flash was indeed faster than Superman.

At first, in Superman’s Race with the Flash! published in Superman #199 (1967) and The Race to the End of the Universe, published four months later as a follow-up in The Flash #175, the two come neck-and-neck and eventually end in a draw.  This famous Kryptonian/metahuman matchup was even referenced in the CW’s live-action television series in a crossover, when Supergirl and Barry Allen met for the first time and had a friendly test of skill. 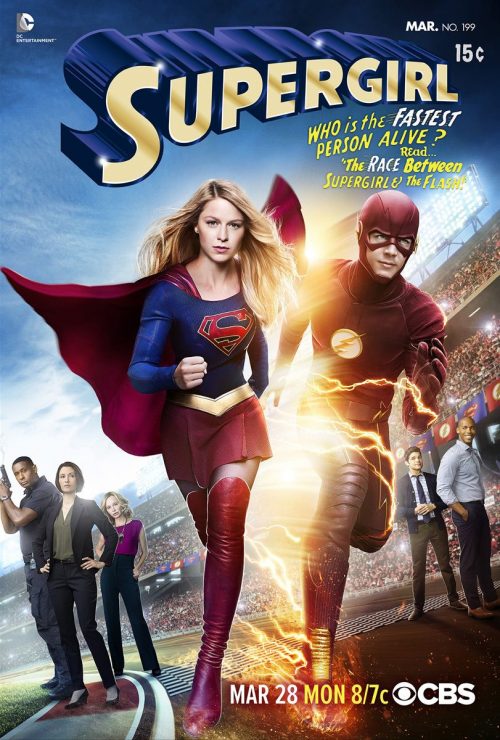 After the DC Universe revision post-Crisis on Infinite Earths, the Flash manages to beat Superman in a race in Adventures of Superman #463. The reasoning for this is that Superman is more accustomed to flight, and unable to keep up with the practiced Flash and his long-distance super-speed powers. By the time of publication of Final Crisis Flash: Rebirth #3, the Flash is actually seen languidly racing past Superman as he struggles to keep up with him.

It ends up being revealed that The Flash had been keeping those races of the past close “for charity” and he had always secretly been much faster! It makes sense, after all; Flash can move faster than teleportation itself, using kinetic energy picked up from other beings and objects along the way.

The extent of The Flash’s powers don’t end at races and shifting through walls; he can also be extremely intelligent, absorbing information at an incredible speed since he can speed-read with the help of his super movement time. He can take in a great deal of information in a very small window of time, making him the perfect study buddy!  In a Teen Titans comic series, Kid Flash was shown to have read every single book in the city’s public library in a matter of minutes, learning about certain laws needed to arrest the villain Deathstroke.

Unfortunately, however, this absorption of knowledge seems to be temporary. The good news about this, though, is that his mind works so quickly that he is immune to telepathic intruders and those who might try to manipulate his mind, like Martian Manhunter or Gorilla Grodd.

In a surprising twist of events, The Flash also has his own, unique language! Among other superheroes with super-speed, like Superman, he can communicate using sped-up language that only those with speed enhancements can understand. This enables him to talk freely among those who might not possess the same powers.

All this, and where does that lightning bolt come from on his signature red outfit? Well, at times he’s been seen to throw lightning bolts created by his super-speed! It’s a niche power not frequently exploited or seen, but it ties in that yellow symbol pretty well.  The Speed Force lightning manifests in different colors for different speedsters, with The Flash traditionally possessing yellow bolts. With this unique and incredible power also comes the ability to create speed-duplicates that can be sent to other timelines to carry out jobs, as well as using his super-speed as a heavy momentum for otherwise normal-power attacks to make them super in impact.

From Barry Allen to Wally, Carrie, and Jay West, to Tanaka Rei and Rayner-West as the Green Lightning, to Hunter Zolomon and Jay Garrick, there have been many speedsters with an array of amazing abilities. From phasing through walls by vibrating their molecules, to running faster than teleportation and processing a wealth of information at light speeds, The Flash is far more than just a marathon runner.

Which super-speed power is your favorite?  Let Your Geek Sideshow and tell us in the comments!