Batman started his crimefighting career in the 1930s, and since then he’s gone up against a colorful cast of villains. From low-level pickpockets to mob bosses to madmen determined to take over the world, Batman has seen it all.

While it’s true that some of his enemies have been on the sillier side of crime, almost all of them have been deadly in their own way. For a crime fighter who dresses up like a bat, every day is Halloween—and, through the years, Batman has attracted a host of criminals with similar ideas. Batman chose his costume to strike fear into the hearts of those who dwell in Gotham City’s underworld and, over time, some of Gotham’s criminals have done the same.

With Batman’s seemingly unlimited cast of ghoulish and deranged enemies, it’s tough to pick a single creepiest foe from his rogues gallery. So, here’s our list of some of the top contenders:

He’s got “scare” in his name, and that’s what he tries to do. A psychologist by profession, Dr. Jonathan Crane becomes the Scarecrow to manipulate his adversaries and use their greatest fears against them. Like a recurring nightmare, Scarecrow has haunted Batman for years.

Armed with an arsenal of mind-bending chemicals and a deep understanding of psychology, the Scarecrow has tried to use fear to subdue Batman in many of his fiendish plots. Thanks to Batman’s steel will and unwavering determination, he is able to confront his fears when he goes up against Scarecrow and keep him locked safely away in Arkham Asylum. 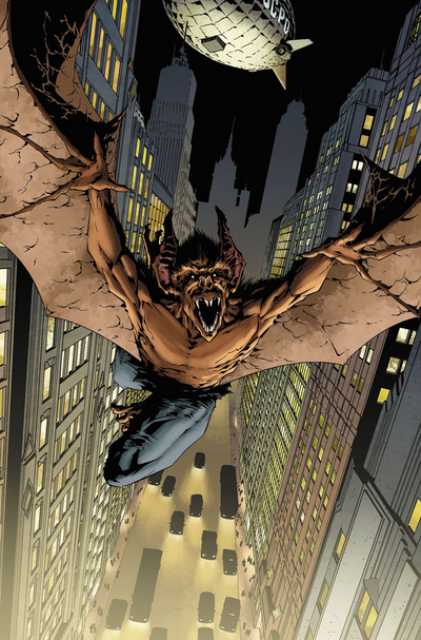 When Dr. Kirk Langstrom tried to cure his hearing loss by taking a serum derived from bat glands, he accidentally transformed himself into the Man-Bat. The living embodiment of Batman’s childhood fear, the Man-Bat is a human-sized bat with superhuman strength and the intellect of a human.

When Langstrom remains in his Man-Bat form for too long, however, he loses control and becomes a raging beast that terrorizes the citizens of Gotham. That’s when Batman has to step in and put an end to the menace of the Man-Bat. 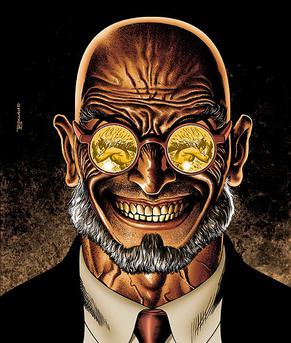 One of the few villains to have ever figured out Batman’s secret identity, Dr. Hugo Strange has a twisted mind. He’s one of Batman’s earliest foes, and he harbors an unhealthy obsession with Batman that has even led him to dress up like Batman in an attempt to better understand his adversary.

Using his skills in psychoanalysis, an array of chemicals, advanced technology, and his knowledge of both sides of Batman’s identity, Hugo Strange uses every trick he can think of to attack Batman on multiple fronts in an attempt to prove his superiority. The unhinged doctor has come close to undoing Bruce Wayne’s private life, but he’s still no match for Batman. 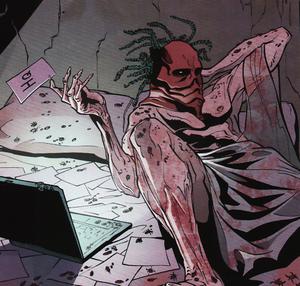 If keeping an army of bugs to use as minions wasn’t creepy enough, Bedbug uses those bugs to control the minds of his victims while they sleep. Using radio signals to control his tiny army, Bedbug forces his victims to do his bidding in the waking world.

In the past, Bedbug has taken control of Harley Quinn, and has also used the Gotham City Police to pose problems for Batman. He’s not as well-known as many of Batman’s other enemies, but he still lurks in the underbelly of Gotham, waiting for his next chance to try to thwart Batman. 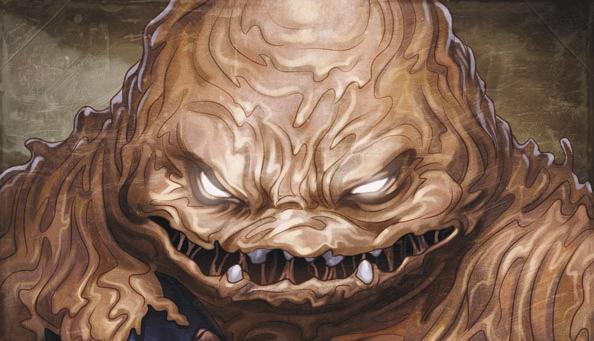 A walking, talking mass of human clay, Clayface can shapeshift and alter his appearance to resemble anyone. Over Batman’s career, he has faced off against many criminals with similar abilities who have all called themselves Clayface. The most recent version gained his powers in a chemical accident and was manipulated by Batman’s long-standing enemies Hush and the Riddler to impersonate people from Batman’s life in an attempt to torment him.

With his keen detective skills, however, Batman eventually saw through the ruse and took the fight to his enemies. More of a tragic character than an outright villain, this latest Clayface spent his dying days helping Batman to undo the mess that he helped to create. 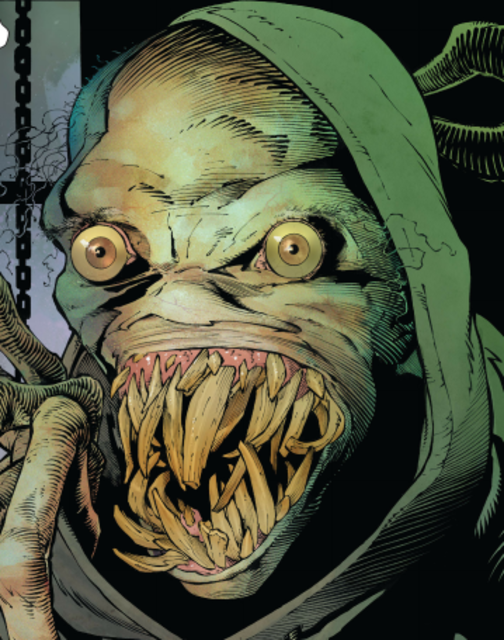 Anyone called Doctor Death is bound to be creepy, and this guy is no exception. Doctor Death has the honor of being Batman’s very first superpowered adversary, and he has been popping up to challenge Batman for years. As is the case with most of Batman’s villains, Doctor Death has received several makeovers through the years.

The most recent version depicts him as being a former Wayne Enterprises employee who has a grudge against Bruce Wayne. In an attempt to eliminate human frailty, Doctor Death created a chemical that causes bones to grow. In the course of his experimentation, he became a victim of his own creation and he, too, developed excessive bone growth. In the past, Doctor Death has aligned himself with Batman’s other enemies to express his bitterness with the caped crusader. 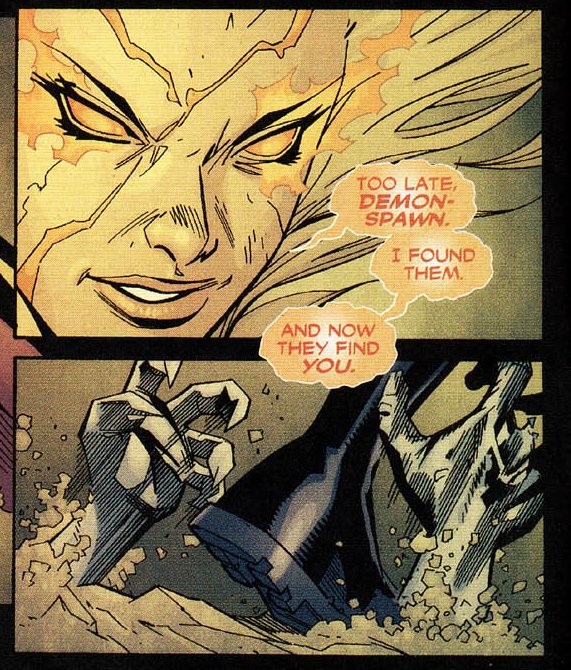 The wife of Batman’s constant enemy, Mr. Freeze, Nora Fries was diagnosed with a fatal illness. Rather than let her perish, Mr. Freeze placed her into a frozen stasis until a cure could be found. After making a deal with Nyssa al Ghul—daughter of the infamous Ra’s al Ghul, whose Lazarus Pits regularly revitalize his aging body—Mr. Freeze placed his wife into one of the pits.

But Nora had an unexpected reaction. She was restored to health, but with the ability to manipulate flames and raise the dead. Calling herself Lazara, she became a deadly force to be reckoned with. Lazara was eventually defeated—not by Batman, but by Mr. Freeze—who once again placed her in frozen stasis until he could truly help her. 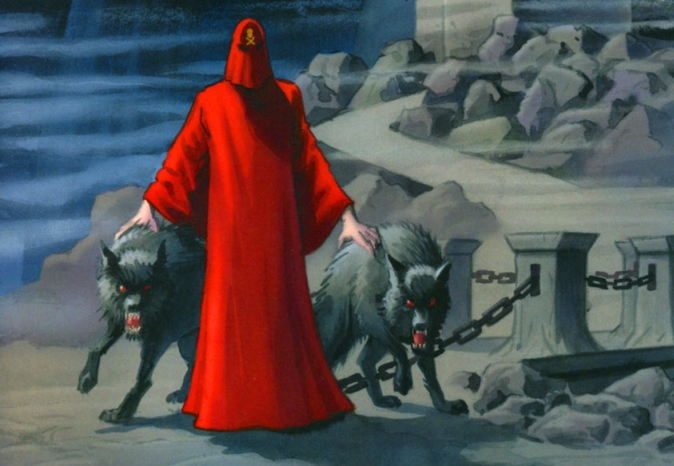 A villain called the Mad Monk might not sound creepy at first, but when you find out that he’s a vampire cult leader who is out for Batman’s blood, that might change things. The story of the Mad Monk has been told several times and, as one of Batman’s earliest foes, the story has changed over the years. In the latest telling, the Mad Monk leaves a series of victims around Gotham, which poses a serious mystery for Batman to solve.

With the Mad Monk’s ability to hypnotize his victims transform into night creatures like bats and wolves, this deep dive into the supernatural wasn’t something that Batman ever expected. Batman ultimately defeated the Mad Monk, freeing Gotham City of this vampiric threat. The undead has a way of returning, so it is probably not the last that Batman has seen of the Mad Monk. 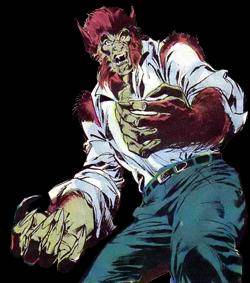 The victim of a botched drug treatment for incessant headaches, Olympic athlete Anthony Lupus turns into a full-on werewolf when the moon is full. With superhuman strength and abilities, Lupus remains in his mutated form until the sun rises.

Lupus initially fell into conflict with Batman under the belief that killing Batman would earn him the antidote to his condition. This, unfortunately, was not to be. After fighting and defeating the werewolf, and realizing his true predicament, Batman vowed to help Lupus find a cure. 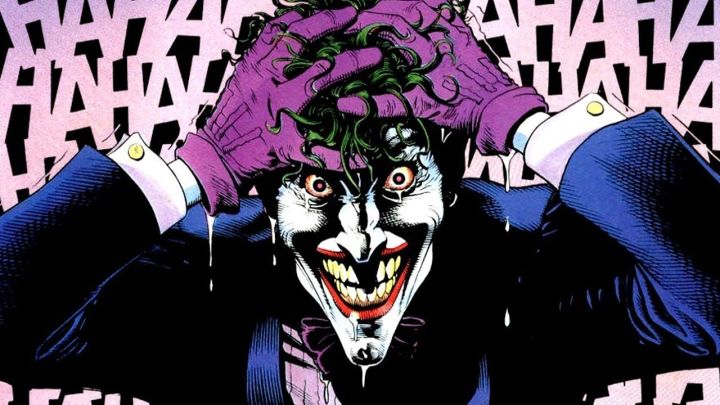 The most obvious choice for this list is none other than The Joker. He’s been Batman’s long-standing nemesis for years. Showcasing many different sides of his demented character, The Joker has seamlessly transitioned from being a money-hungry criminal to a merry prankster to a psychopathic maniac many times over.

With an origin that is still shrouded in mystery and no real agenda other than to evoke chaos, The Joker remains one of Batman’s most reliably creepy foes. The man behind the makeup, the grin, the hair, and the laugh has haunted the people of Gotham for decades. Being brought to justice by Batman is all just part of the fun for this creepy criminal.

With more than enough disturbing villains walking the streets of Gotham City, the Gotham City Police Department constantly has its hands full. Fortunately for them—and for the people of Gotham—Batman is there to help keep the peace.

Which Batman villain gives you the creeps? Let us know in the comments below!

Creepy, Scary, and Cute: Podcasts for Every Type of Halloween Enthusiast