The Many Faces of The Joker 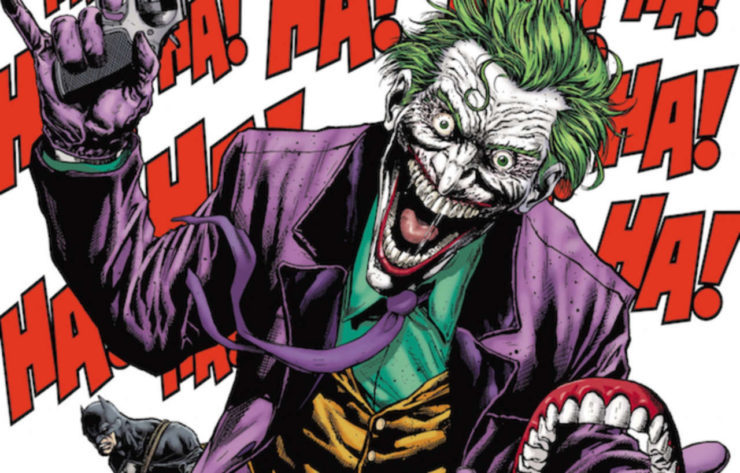 The man. The myth. The horror story.

The Joker, one of the most celebrated villains in pop culture history, is a character we all love to hate. Whether he is comical or terrifying, he’s always represented something ingrained in our collective consciousness – the fear of the different, which is sometimes best represented in the specific fear of clowns. The distorted face, the refusal to live by cultural norms – these are the hallmarks of this common fear, and no character showcases them more than the Clown Prince of Crime.

Let’s dive right into the abysmal madness that is The Joker, and take a look at a few of his more memorable incarnations. 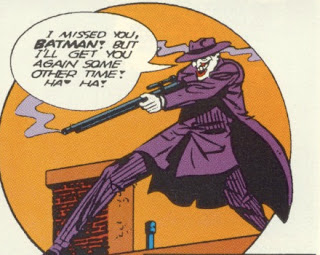 The Joker in the Golden Age

The Joker’s history is nearly as old as Batman’s. Created by Bob Kane, Jerry Robinson, and Bill Finger, he first appeared in the inaugural Batman issue of April 25, 1940 (Batman had previously been featured in Detective Comics a year earlier). Some fans may assume that the original version of The Joker was a goofy character, but this wasn’t really the case until the 1950s. The Joker was actually created to be a terrifying psychopath, his terror enhanced by his dark humor.

The creators of the character took a cue from Joker playing cards, as well as a character called Gwynplaine from the 1928 film, The Man Who Laughs. The result was a villain twisted and gnarled in both his appearance and his character, with a permanent smile etched upon his striking face. He primarily caused terror with his Joker Venom, a poison that would leave all his victims’ corpses with the same disturbing smile.

He was meant to be killed off in the first issue, but his potential as Batman’s greatest enemy led to him remaining in the  DC Comics catalog for decades. Over the years, he’s been shown to be highly resourceful, using various poison weapons, knife-like playing cards, gag weapons (including acid-squirting flowers), and meticulous plots to achieve his dark designs.

An origin story was revealed in later issues, in which The Joker was originally a criminal called the Red Hood who became disfigured after falling into a vat of acid. Unfortunately, his dark roots and attributes were toned down considerably in the following years thanks to the Comics Code Authority, an act of censorship pushed by people who blamed comics for the deterioration of young minds. Though The Joker was always funny, he was now mostly a prankster with the darker elements removed. This was evidenced by his appearances in the Batman TV show from 1966 to 1968, in which he was played to mostly comedic effect by actor Cesar Romero.

Thankfully, the character would go back to his dark roots in the 1970s, and he was the first villain to have his own self-titled comic run. This was also the decade in which Arkham Asylum saw its debut as a Gotham hospital for the insane. 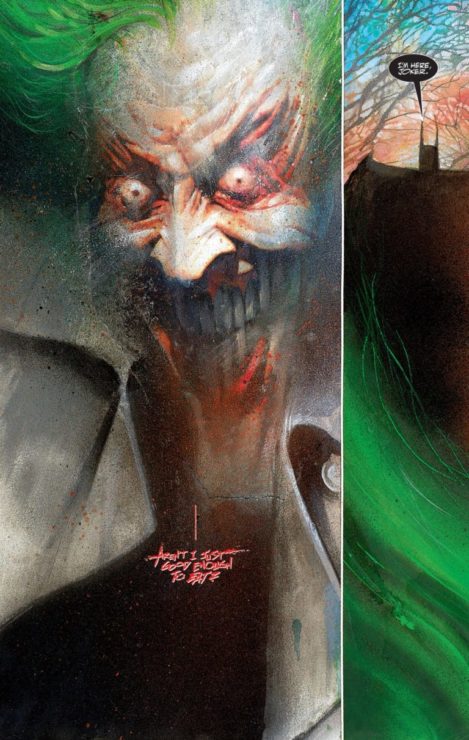 The terrifying Arkham Asylum version of The Joker

The ’80s Joker embraced darkness even further with Frank Miller’s The Dark Knight Returns and Alan Moore’s The Killing Joke.

Moore’s own spin on the Joker took cues from the Red Hood story of the 1950s, portraying the character as a failed stand up comedian who becomes a criminal. This version portrays The Joker as more of a sympathetic human being, as he initially turns to crime only to support his family. Of course, tragedy and physical mutilation end up transforming him into the villain we all know and fear.  This tragic iteration of The Joker was dark, but there was another even darker – one that saw the character transformed into an archetypal monster.

1989’s Arkham Asylum: A Serious House on Serious Earth was written by the legendary Grant Morrison (’80s Animal Man, Doom Patrol). Its artwork is composed of beautiful, heavily detailed paintings by Dave McKean. These macabre images and Morrison’s gripping writing make for a noir horror story rather than a traditional comic.

Though Gotham’s nuthouse had already been introduced a few years prior, it was Serious House that gave the hospital a life of its own, transforming it into a character in its own right. Similar to The Shining, it’s hard to pinpoint the source of the evil in the building – is it supernatural, or is it all in the characters’ minds? With all the hidden metaphor, it’s most likely supernatural, and the dark presence reaches its peak with The Joker.

This version of The Joker, like others of this time period, is absolutely vile and demented. His appearance is more like a monster, a personification of the evil within the Asylum (and Batman’s mind). His grin is wider, his flesh is hideously scarred, and he lacks eyelids.

The story revolves around The Joker causing a riot at Arkham, luring Batman in for a twisted game. Bruce Wayne’s alter ego must travel through the Asylum and discover an escape route before the villains come after him. One of the ways he taunts the Bat is to subtly remind the hero that he is fractured romantically and unable to form relationships.

The book must be read for one to truly understand the whole story, but Morrison’s The Joker is truly one of the most chaotic and horrifying of all versions. It is theorized by an Arkham therapist that The Joker is actually too sane, processing information from the outside world only by adapting to it. His highly advanced mind creates a new personality for every circumstance. 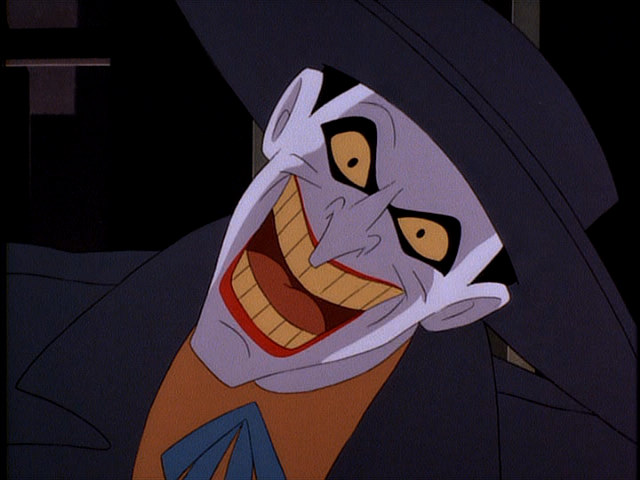 The Joker in Batman: Mask of the Phantasm

The Joker is thriving in comics to this day, having been included heavily in the New 52, DC Rebirth, and several other separate storylines. But he’s also thrived on both the big and the small screen.

He’s been in various animations over the years, but it was Mark Hamill’s version in Batman: The Animated Series of the ’90s that proved he could still be interesting as a cartoon character. He’s very dark, but is genuinely hilarious at the same time. Many kids grew up watching this series, both laughing and shivering at Hamill’s excellent performance.

This series also introduced his “girlfriend”, Harley Quinn. She’s pretty much as psychotic as he is, and she loves him and supports him despite his obvious lack of affection. 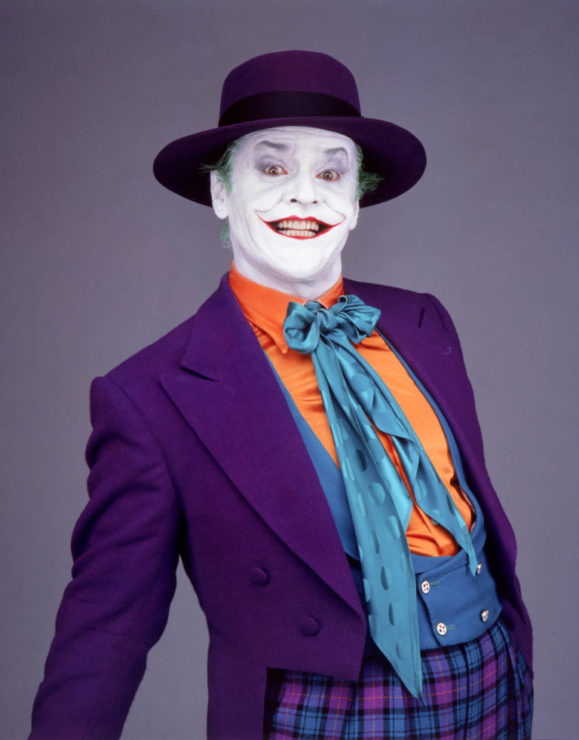 Jack Nicholson as The Joker

However, it was on the silver screen that The Joker began to shine to the general public. In 1989, he appeared in Tim Burton’s Batman, taking elements from several comics and wrapping it all into one character. Played by Jack Nicholson, this version of The Joker was a gangster who killed Bruce Wayne’s parents. His origin story is similar to the Red Hood story, having been scalded and driven insane by a vat of chemicals. Like previous versions, he uses a special chemical (Smylex) to kill people, transforming them into mirror versions of his hysterical face. 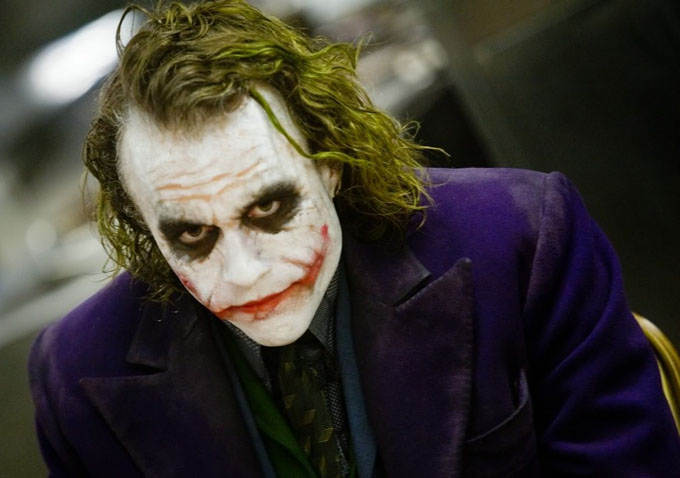 2008’s The Dark Knight saw Heath Ledger take the role of the Clown Prince, for which he posthumously won an Oscar. This version, widely regarded as the best film depiction of The Joker, was just as psychotic as all the rest. Ledger clearly invested a lot of thought into the character, improvising lines and coming up with brand new mannerisms that will be remembered for decades.

The Joker wore makeup rather than having bleached skin, and a hideous Chelsea Smile was cut into his face. He essentially took over crime in Gotham, and he used the tactics of a criminal genius. Another version of The Joker, crazy as always, was portrayed by Jared Leto in Suicide Squad, but the character was slightly hindered by a lack of screen time. 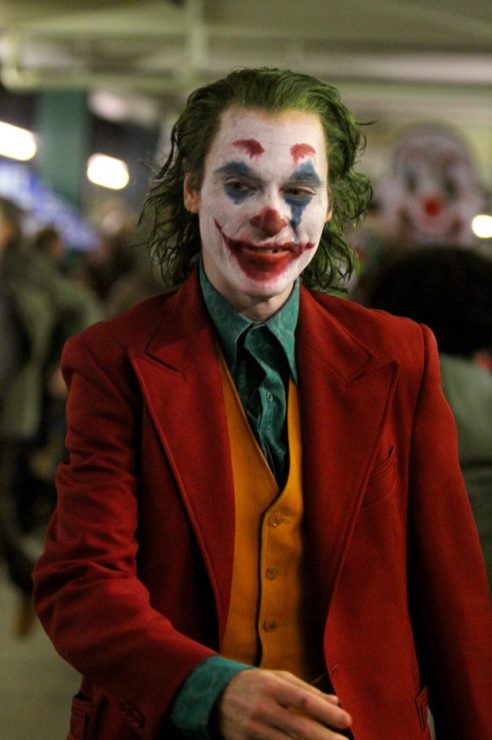 Joaquin Phoenix as The Joker

This year, Mr. J will get his own feature in Joker, set for release on October 4. He is portrayed by Joaquin Phoenix, and his origin story is similar to The Killing Joke.

In the Gotham TV series, Jeremiah Valeska is The Joker’s true name, or at least it looks that way. He is played by Cameron Monaghan, and his origin story is very different, revolving around a cult that is led by his psychotic twin brother (also Joker-like, and played by the same actor). He’s never actually called The Joker in the show, but it’s pretty obvious who he’s supposed to be. Even if he’s not really The Joker, the character will at least serve as the inspiration for a copycat criminal to take the official role.

The Joker is unique in the fact that he demonstrates a metaphorically symbiotic relationship with Batman. Though he’s damaged Batman and his loved ones in various stories (paralyzing Barbara Gordon, killing Robin, and much more), the two almost seem to need each other. Neither will kill the other, as Batman has a strong aversion to causing death and The Joker thinks Batman is “too much fun”.

The Clown’s constant reign of terror makes Batman a better hero, and in some issues, Batman even pities him. However the Bat feels about The Joker, it’s clear in nearly all the media that the scarred criminal is obsessed with Batman, bordering on actual love and affection at some points. In fact, some stories actually reveal Batman as The Joker’s creator, inadvertently knocking him into the corrosive chemicals.

The Joker’s been referenced as a trickster god in the vein of Africa’s Edshu, a violent man with no conscience, the next stage in psychological evolution, and much more. No matter his origins, pop culture has nestled him right into our consciousness, and he’s here to stay.

Comment below to discuss your favorite depiction of The Joker. Don’t forget to Let Your Geek Sideshow!