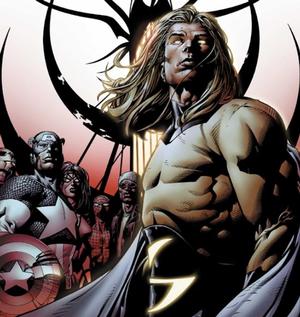 Can you imagine what it would be like to wake up one day and realize your memories had been forcibly erased, and once, you were a magnificent superhero?

Robert Reynolds, one of the many characters in Marvel’s vast universe, came to discover that he was once the Sentry, a great protector of earth who mingled with heroes like Ms. Marvel, the Avengers, Spider-Man, and the Fantastic Four. At the start of his adventures, none of these people can remember him- and he’s only just remembering himself, but he knows for certain that he’s a superhero.

Robert Reynolds is described as “middle aged, overweight Bob Reynolds”, a man who struggles with an addiction and loves his dog more than anything.  He was created by Paul Jenkins and Rick Veitch, pitched in the late 1990’s. The two collaborated on what would become an amazing tie-in to the huge Marvel history, weaving Sentry throughout space and time in his own self-titled series in the year 2000.

Over the course of his arc, it is revealed that he was present for many fictional and real historical events, but was erased from the collective minds of the whole world- including his own. Determined to understand why and save the world from his archenemy, Void, who has just resurged, Bob sets out on his quest only to find that not only did he erase his own memories with the help of Dr. Strange, but he erased the memories of everyone- because he was the Void. 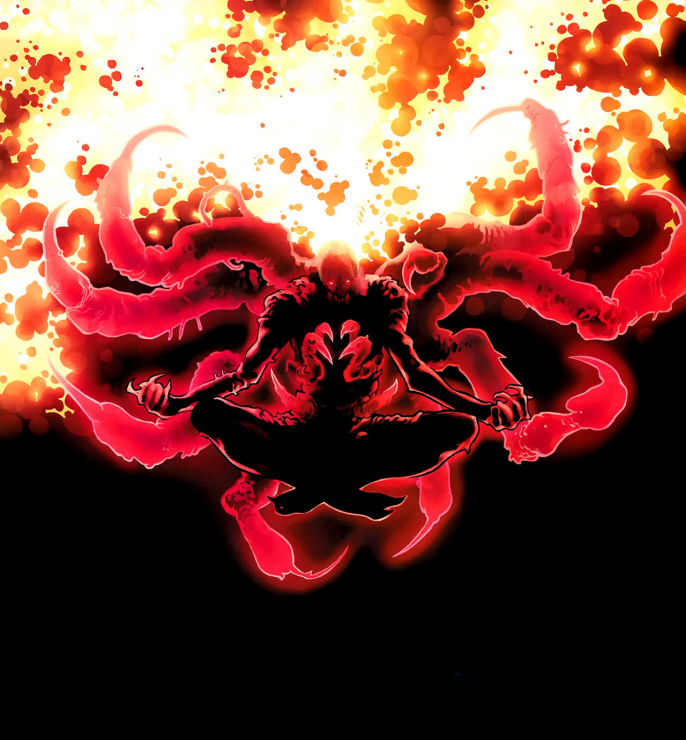 Since Bob’s powers are so vast, they come in two parts- his powers as the Sentry and his powers as the Void. Both are phenomenally powerful, and difficult to defeat due to the injection of a Super Soldier serum that “moves his molecules an instant ahead of the current timeline”.

The serum was said to be a hundred thousand times stronger than the original used on Captain America, modified by the Weapon X program. However, in “The Age of the Sentry” mini-series, it is suggested that the Sentry is rather a sentient life-force from another universe, which traveled through dimensions in search of a new home, and that this was merely accommodated by the serum.

Although in general the full extent of Sentry’s limits remain rather elusive, some of his more prominent powers have been properly documented. He has super-strength, seen in his ability to lift a Helicarrier, effortlessly break the handle of Terrax the Tamer’s planet-splitting axe, and easily shatter shields of Doctor Doom. The roster of villains he’s gone up against is no joke, even nearly tearing apart the female Ultron (from the Mighty Avengers series) and stalemating Galactus himself. 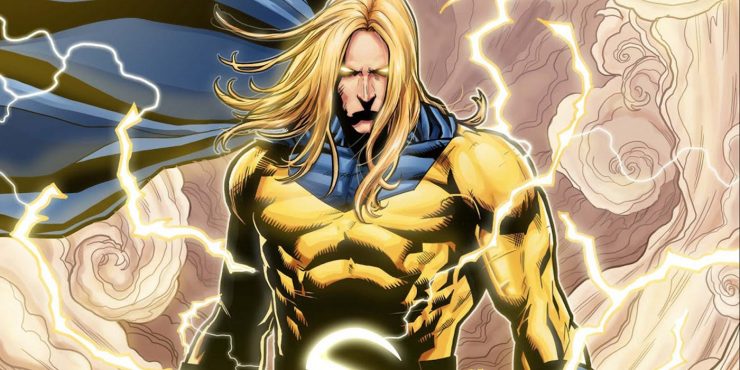 Despite his impressive records of victory and feats of strength, he generally greatly restrains his full power. When he has been seen to unleash it at full capacity, he has overloaded the Absorbing Man, fought the Hulk until he retreated to his human state, and resisted Spider-Woman’s venom blasts- which can kill even superhumans at full power, but have no effect on the Sentry. Iron Man’s scanners have found no weakness on his body, and S.H.I.E.L.D., despite its amazing research and development teams, has not found a way to kill the Sentry.

The Sentry also possesses superhuman senses, once claiming he could see nerve centers in his opponent. He can emit light, project energy from his hands and eyes more powerful than solar flares, and radiate energy capable of destroying whole planets as seen against the third Captain Marvel Genis-Vell. For ease of escape against these measures, he can instantly teleport himself away in a blinding flash of light, making for an effective exit against foes he doesn’t wish to physically engage.

By now though, you’re probably thinking that this superhero seems super overpowered- and you’d be right, but the world isn’t sunshine and rainbows for Sentry. The Void, a terrible arch nemesis, plagues Bob Reynolds as he fights crime and stops evil.  The Void is a “shadowy monster that exploits its enemies greatest fears”. It can take on a variety of forms and shapes, and has an array of powers and abilities that rival the Sentry’s massive roster.

During the storyline Siege, the Void almost kills Thor, brings down the entire city of Asgard, and vanquishes every hero that tries to stop it, both mortal and immortal. It has the ability to send the Hulk into an uncontrollable rampage, murder Loki even while the trickster is powered by the Norn Stone, and even tear the god of war, Ares, straight in half. The Void projects a dark mirrored version of Sentry’s super strength, invulnerability, shapeshifting, elemental powers, flight, and every other unlisted superpower the hero already already possesses, make the Void more than just a formidable opponent- but not an unstoppable one. 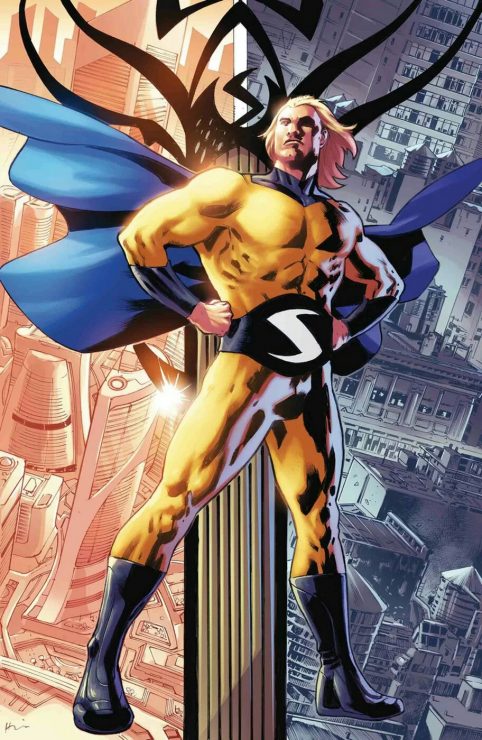 Despite the seemingly insurmountable odds, there is a way to stop the Void. The origins of its creation are the very ones of its demise- the Sentry himself. Bob Reynolds unintentionally created the Void, an alter of his personality, that wreaks the havoc he attempts to clean up. Once he discovers this fact, it becomes apparent- the reason nobody remembered Sentry was because they had purposefully been lead to forget.

With the help of Reed Richards, Sentry would once again vanquish the Void by activating the Watchtower- the Sentry’s base of operations- and using it to make the world, and himself, forget everything, from the good to the bad.

Robert Reynolds paid a huge price, sacrificing so much in the name of good, to keep citizens and his super friends safe of his own accord. Despite his incredible power, his willingness to help others and fight crime with his powers, and all of his strong bonds and connections with his found family of super-pals, he was willing to give it all up to ensure that everyone would be safe from the Void. The Sentry is a remarkable hero that many of us won’t soon forget (unless our memories are erased again).

What lesser-known superhero are you interested in reading more about? Let Your Geek Sideshow and tell us in the comments below!