It’s almost December 31, which means it’s time to consider your New Year’s resolution and reflect on your hopes for the new year! But before we get ahead of ourselves, let’s look back on some of the most memorable geeky moments of 2019 across comics, film, television, and more.

The excitement has been building since the casting announcement that Henry Cavill would portray mutated monster hunter Geralt in Netflix’s The Witcher. Fans at SDCC were able to see the first footage. Then, Geralt’s abs broke the internet. Bathtub jokes abounded. The wig was discussed at length.

Finally, The Witcher dropped on Netflix this December, and—no spoilers—has been enjoyed by people familiar with the game and books as well as general fans of the fantasy genre. If you’re interested in beasts, taverns, and horses, give it a stream.

9. September: The Wicked + The Divine ends

Image’s monumental feat of comic-book storytelling lasted five years, with nine trade paperbacks and full omnibuses on their way. Kieron Gillen and Jamie McKelvie, along with the rest of their creative team, explored the lives, deaths, and reincarnations of a pantheon of gods from around the world who all existed in splendid teenage angst as musical pop stars. Sometimes they were puppets. Sometimes they were just kids. Most importantly, they had a fresh take on the fate versus free will argument.

And the final single issue, #45, showed the breaking of a viciously bloody cycle that would let these youths live on into adulthood. The Wicked + The Divine delivered for its fans and cemented itself as one of the finest, most creative independent comics of its generation. 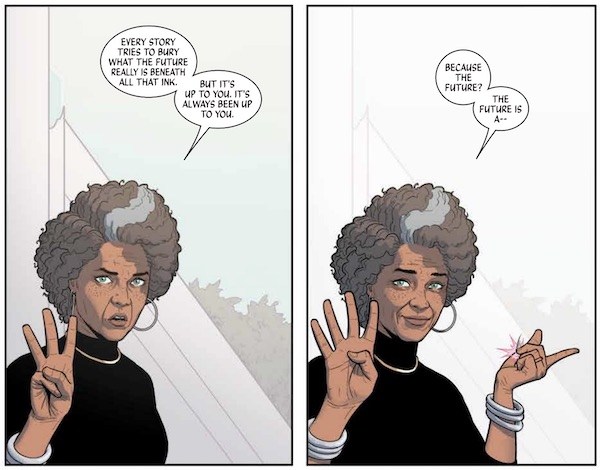 Where does Spider-Man belong? Where is he going? After the success of Spider-Man: Far From Home, fans were instantly bombarded with the news that Spider-Man might not stay in the MCU after all. Tom Holland’s Peter Parker was introduced in Captain America: Civil War and since then has been a vital member of the Marvel movies.

Suddenly, his standalone status shook fans to their core. Passionate debates abounded until Sony and Disney reached a compromise, and now Spider-Man is reinstated in the Marvel canon. 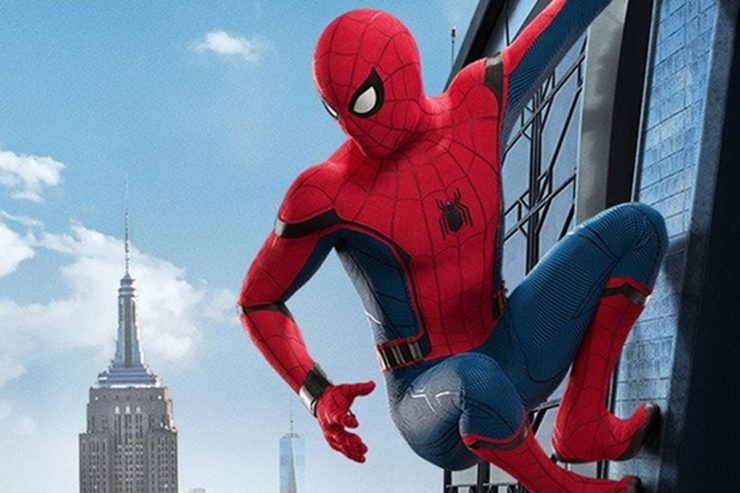 Star Trek amazed its fans this year at San Diego Comic Con. In Hall H, attendees were treated to a fist look at the new Picard series, which follows Jean-Luc quite a few years after the end of his run on the enterprise. A trailer full of both twists and nostalgia, it’s sure to satisfy long term and new fans alike.

Star Trek: The Next Generation was the second series in that sci-fi universe, which had only before followed the triumvirate known as Kirk, Spock, and Bones, as well as their beloved crew members. TNG introduced fan-favorites such as Picard himself, Data, Troi, Riker, Worf… the ensemble was large and well-loved. A few of those characters are confirmed to return in Picard.

I expect we’ll see even more once it airs in January. So, sit back, enjoy your tea (Earl Grey, hot), and prepare for all the questions, answers, and more questions Picard has to offer next month. 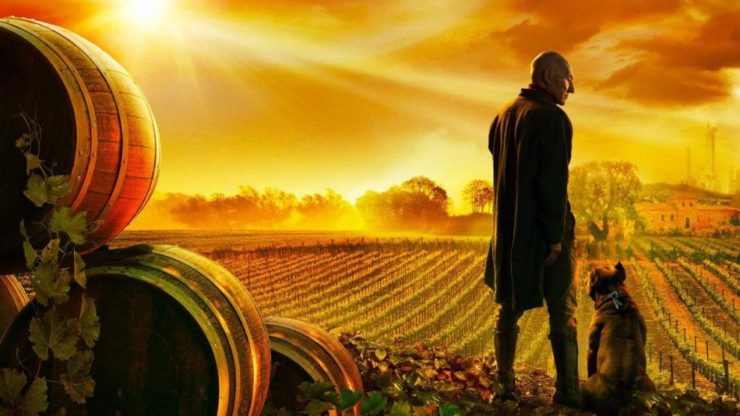 This ambitious crossover event (which borrows from a comic event of the same name) is the sixth of its kind in the “Arrowverse” universe, which is the continued expansion of the CW network’s current DC television licenses: The Flash, Arrow, Supergirl, Batwoman, et cetera. What is most exciting about this story is the use of the multiverse, because the CW pulled in actors from years’ worth of DC movies and television shows.

Crisis boasts multiple Supermen and Batmen, including fan favorite animated-series actor Kevin Conroy. It was reported that filming took about two months. Viewers have been receptive and excited about the meeting of all their beloved characters as they tackle their biggest challenge yet: stop a villain who aims to destroy all realities. This bold project will likely have massive payoff as it’s the CW’s most popular crossover event yet. 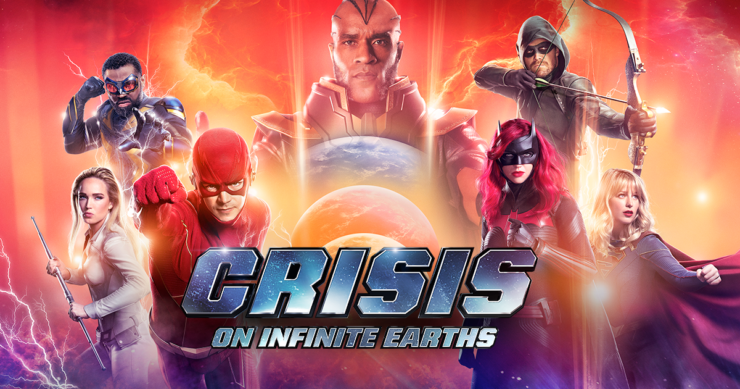 The reveal of Disney’s streaming service was a moment of pure magic for fans of many franchises. With the platform’s announcement came the subsequent reveal of multiple long-awaited titles. Although Star Wars’ The Mandalorian kicks off the platform’s original content, Marvel Studios shows including The Falcon and The Winter Soldier, Moon Knight, and Loki are highly anticipated.

Disney+ also hosts an impressive catalog of older Disney movies as well as film and television originals. It launched in November with some technical issues; despite those and some missing titles from the catalog, the platform was an instant hit.

4. May: The Game of Thrones finale airs

The last season of Game of Thrones divided fans and critics alike, and culminated in a widely discussed, analyzed, and dissected episode. The Iron Throne may have aired in May, but people are still talking about it well into winter. Benioff and Weiss deviated from book author George R.R. Martin’s unfinished story to wrap it up in a unique and hotly contested manner.

Daenerys really followed her family legacy, Jon Snow really left for the wilderness, and Bran really became king of Westeros. These moments and decisions will define Game of Thrones for years to come, especially since they helped the HBO show nab a few Emmy nominations. The finale will go down in history no matter if you liked the episode or not, and people will keep debating each decision until the world ends in fire—or ice. 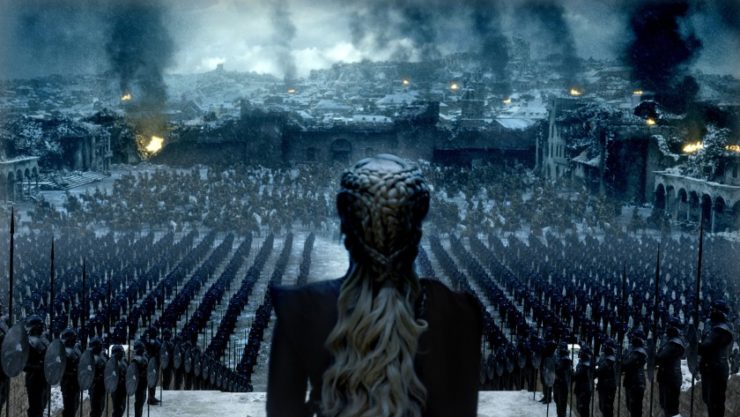 The Mandalorian was extremely secretive about its newest characters, but no one could have predicted the arrival of the cutest, greenest child in the Star Wars universe. Theories flew after the first episode about The Child’s lineage, creation, and existence.

Even people who have never seen a Star Wars movie or show are sharing memes, pictures, and love for Baby Yoda. There are baked goods. There are ornaments and toys and little knitted plushies. If you’re at a loss for gifts, chances are anyone would appreciate the variety of merchandise (or Yoda-shaped cookies) available. 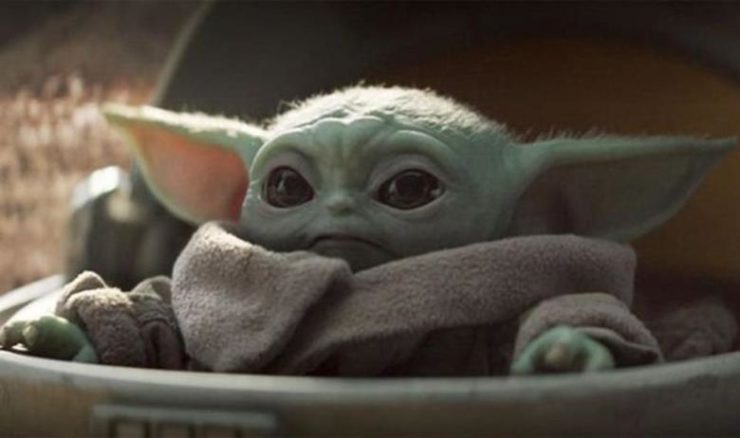 A franchise that spanned the decade, Marvel’s Infinity Saga ended with the action-packed Avengers: Endgame. It starred everyone’s favorite heroes and then some, tying together every canonical movie, team, and plot. We often talk about The Snap (or The Blip), but this references Thanos’ world-ending move in the previous film.

More vital to the MCU is Tony Stark’s world-saving nano-gauntlet, interlaid with the stones procured on an entertaining time heist, which was a sweet trip down memory lane for both casual and die-hard fans. Iron Man got to rest. Captain America got to dance. The original Avengers wrapped up their stories (mostly, with the Black Widow movie as the single exception) and paved the way for the future of the Marvel Cinematic Universe. Its ‘end of an era’ importance is what gives it the penultimate spot on this list. 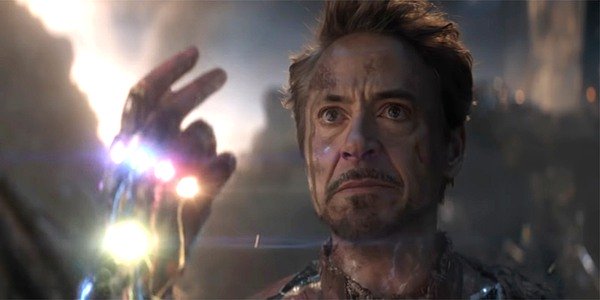 1. December: The Rise of Skywalker arrives in theaters

Another saga ends as the Skywalker family’s nine chapters come to their long-awaited conclusion. We won’t say too much about the movie itself, since it’s very new, but it can be stated that the buzz surrounding this movie is sure to last into the new year. Fans will watch the final journey of their sequel trilogy trio, Rey, Finn, and Poe, as they embark on their quest to save the galaxy from the evil hold of the First Order as well as remnants of the Sith-tainted Empire.

Love it or hate it, it’s an important ending. The Skywalkers have been integral to geek culture since Luke’s first appearance in A New Hope, and his bloodline has always had a huge stake in the galaxy far, far away. If you’re a Star Wars fan, this is a major occasion. 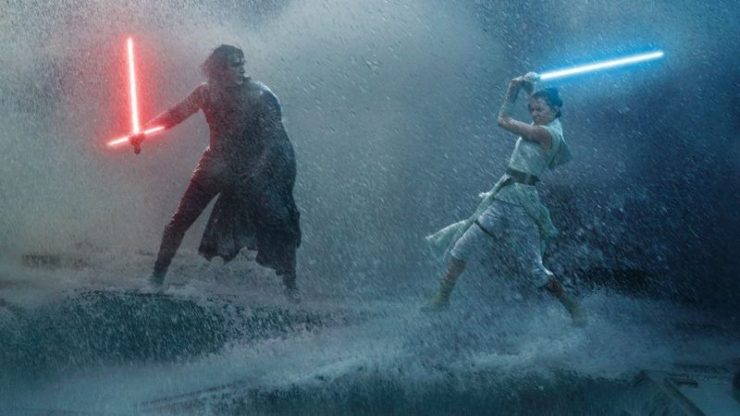 There’s no way to cover everything that happened in 2019, of course, so we’d love to hear your favorite moments we may have missed. Let Your Geek Sideshow and tell us in the comments!

SPOILER ALERT: The Mandalorian So Far...