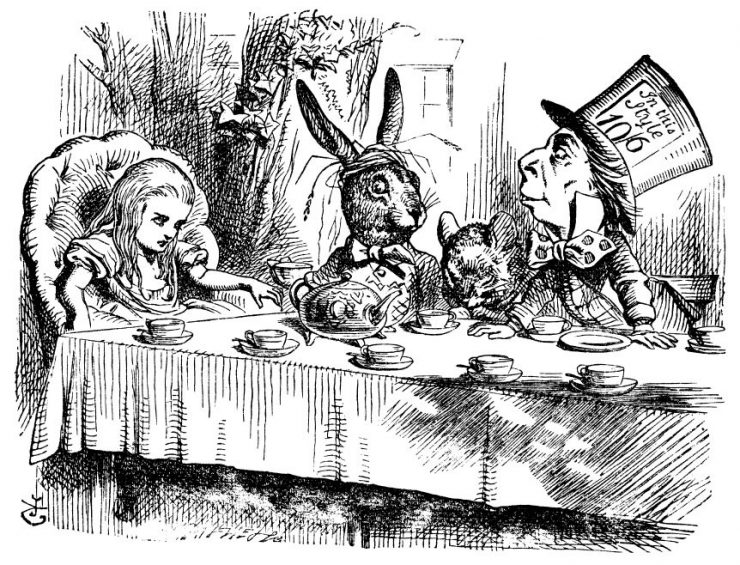 Alice in Wonderland is an extraordinary sort of story. The tale remains so intrinsic to the common childhood that one could reference it and believe that not a single person in the room would miss what you’re saying.

Yet, dear Alice’s true history and original tale are often left muddled by word-of-mouth, theory, and jokes. Was the man who wrote it ‘on something’, or was he merely unafraid of writing a world where our logic doesn’t apply? What is Through The Looking Glass, how is it separate, and most importantly, how is a raven like a writing-desk?

Having been written over a century ago, during a time of opium and laudanum’s rise, a common idea is that a primary theme of the story is that it’s simply about a ‘trip’, written about the experience of being on drugs, or, equally common: it was simply written under the influence. That might be a reasonable theory- after all, Alice eats quite a few reality-distorting things in the book, and the caterpillar which offers her advice is plainly smoking. But this was never the case at all. 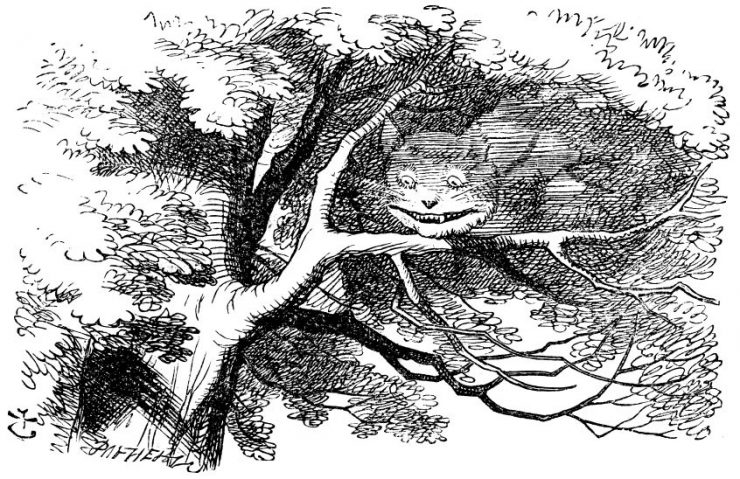 The true origin of the first book is a good bit more mundane: In early July 1862, writer Charles Dodgson and a friend of his went rowing down the River Thames along with three little girls: Lorina, Alice, and Edith Liddell. Over the five-mile journey, Dodgson spun a fantastical tale to entertain the girls, doubtlessly earning starry eyes.

The young Alice herself pleaded with Dodgson to write it down for her, and so he began his very first manuscript the day afterward. A month later, they set on the river again, and he and the girls had the chance to expand on the story of Alice’s Adventures. From then, the story had taken its hold, and Charles set to earnest work that November.

Dodgson put his heart into his research, seeking out the natural history for the animals in the story, and then having other children review it. He put his own illustrations into the pages, but he would eventually seek out John Tenniel to illustrate it instead when it came time for publication, and he took the famous pseudonym ‘Lewis Carroll’. 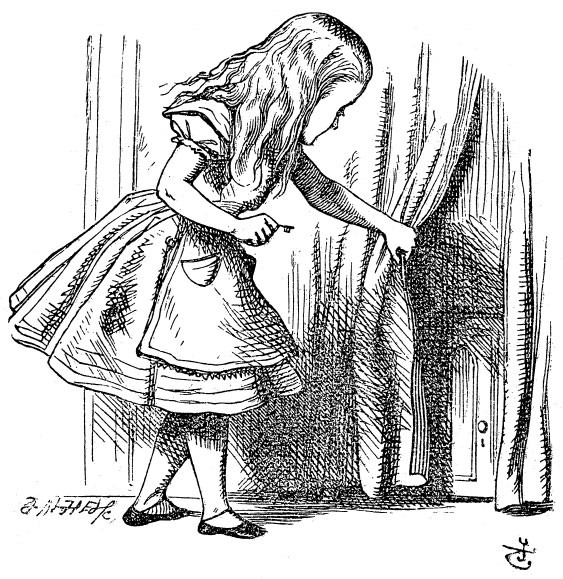 Alice Liddell would be given her own handwritten copy, lovingly dedicated to her as “A Christmas Gift to a Dear Child in Memory of a Summer’s Day.” This manuscript was illustrated by Dodgson himself, and titled Alice’s Adventures Under Ground.

Despite the less than fantastical origin, the book’s themes did contain a touch of reality for the author we still study today. 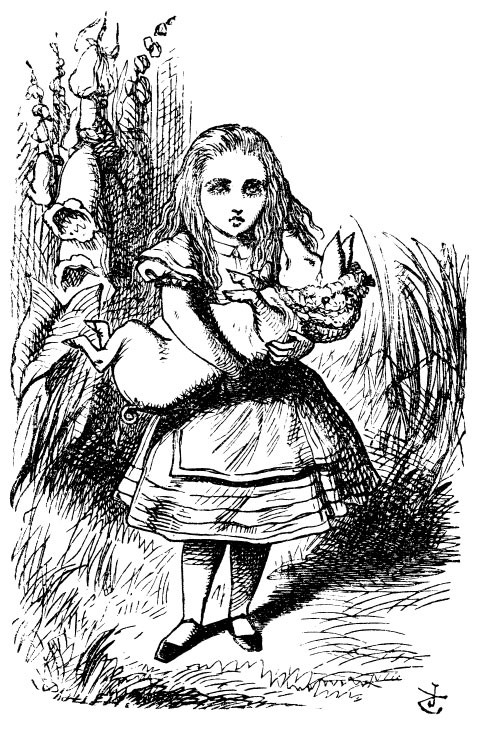 Carroll very likely had a form of migraine disorder, which caused him unpleasant, disorienting hallucinations- such as those that prominently made him appear bigger or smaller than he was in reality, quite like the magic in the story.

Many of the other characters displayed symptoms of things such as paranoia and delusions as well- but perhaps in Wonderland, these aren’t so harshly judged as they are in our world. 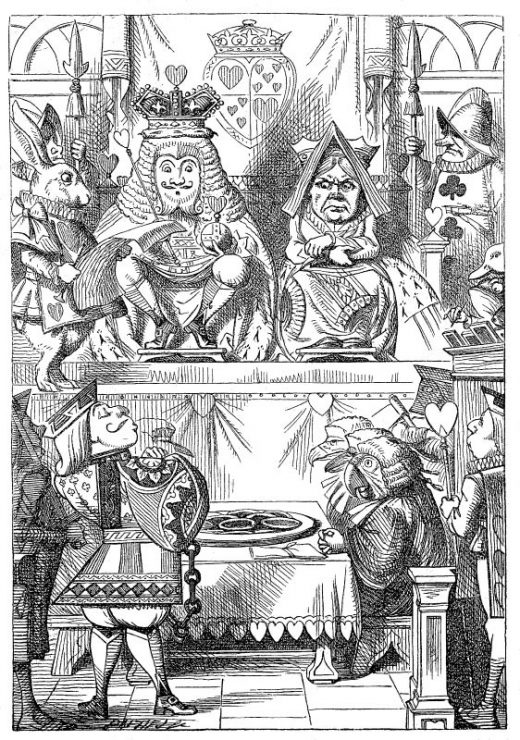 Several years later, Lewis Carroll would meet another girl of the same ‘magical’ name- Alice Raikes- and talk with her about her reflection in a mirror. When asked to explain a mirror’s reversing everything, she ventured that there was perhaps another side of the glass to be on. This lead him to publish a sequel, often conflated with the first book.

Through The Looking Glass, and What Alice Found There, as its full title was, was set six months after Alice’s first adventure. The book’s mood, darker than the first, is thought to reflect Carroll’s own recently depressive state. Despite this, the books remained shining examples of well-written literary nonsense, full of poetry and enjoyable for every age.

From the years onward, the Alice series would be produced and reproduced a countless amount of times- the first musical play took place in London, all the way back in 1886. At the rise of film, our first silent Alice was produced in 1903, and the series has gone on to have over thirty individual film reproductions alone. None, however, more well-known than two: the Disney animated feature and Tim Burton’s reproduction.

The Disney film, produced in 1951, was a long-time dream of Walt Disney’s, having read the books in his childhood. Walt was put off for some time from pursuing it- the series was so popular that when he started to set up, Paramount had already made its own live-action adaptation very recently. Several years later, he bought the film rights and officially registered the title- but again, after getting as far as a story reel, Walt realized that with his other ongoing productions and the devastation from World War II, making an Alice still wasn’t viable. 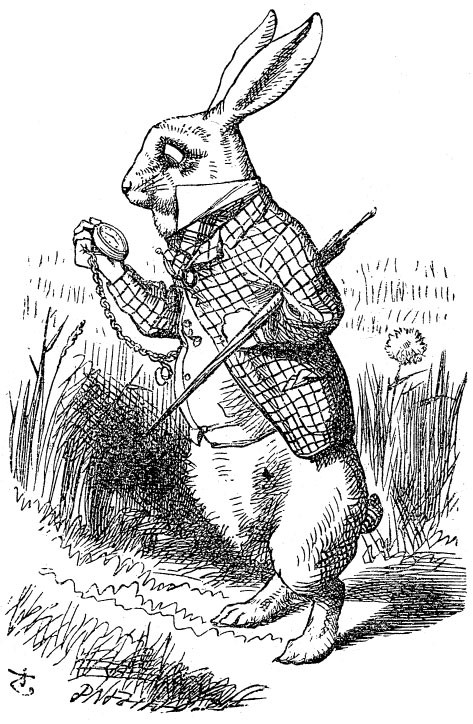 Once more, after the war finally concluded, Disney set to following his dream and finally found writers and artists who could click well with him creatively. He had originally planned on a mix of live-action and animation, but he soon realized that he felt he could only do justice to the book with a fully animated feature. The film, however, wasn’t received very warmly– it only gained in popularity in the 1970s, two decades after its initial release!

Burton’s story, released in much more recent 2010, is fairly different: he enjoyed the concepts and the nature of the story, but had never felt an emotional connection to the books. He wished to “try and make Alice feel more like a story as opposed to a series of events,” and work with the world in a way that gave it a deeper emotional grounding.

He didn’t plan on a re-imagining or a sequel to any existing story- his version of Alice was a true exploration in the concepts of Wonderland. And yet, it was the second highest grossing film of its year!

Thus grew the tale of Wonderland:
Thus slowly, one by one,
Its quaint events were hammered out—
And now the tale is done,
And home we steer, a merry crew,
Beneath the setting sun. 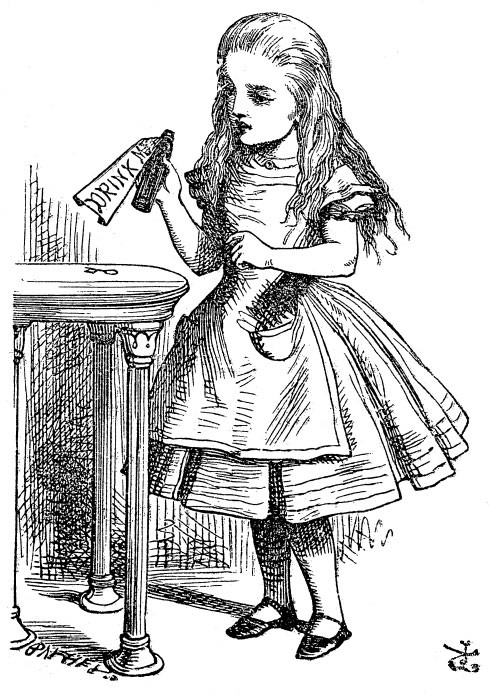 What’s your favorite version of Alice? Which films have you seen, and do you have any treasured memories that have to do with your Wonderland? Let Your Geek Sideshow and tell us in the comments!

Looking to go down the rabbit hole on more Wonderland lore?  Check out Sideshow’s Field Guide to Fairytale Myths and Monsters!