This week’s unsung hero is the powerful, imposing, and beautiful Big Barda! 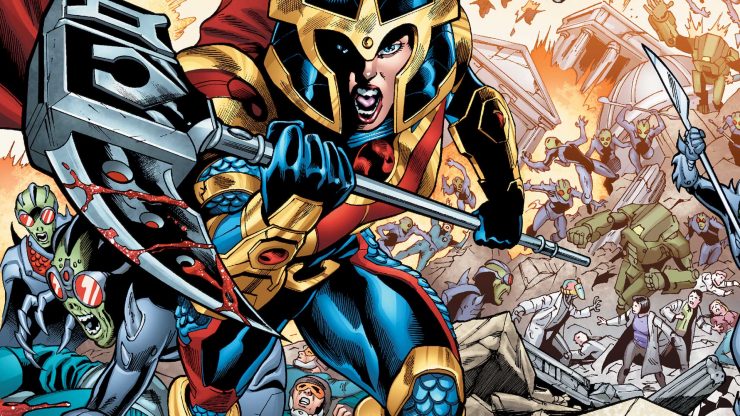 Debuting in Mister Miracle #4 (1971), Big Barda was created by Jack Kirby to be one of the New Gods of the DC Universe. Born on the planet Apokolips, she trained from a very young age to be the leader of Darkseid’s special Female Furies battalion. Barda served her master loyally until she happened to meet Scott Free. The two fell in love, secretly wed, and Barda used her position as leader of the Furies to help Scott escape Darkseid’s grasp and the two fled to Earth.

After their escape, Scott and Barda joined a traveling circus where the former took on the mantle of Mister Miracle, The Escape Artist! (Yep, a seven-foot-tall battle maiden named Big Barda, and an escape artist super-hero named Scott Free. Jack Kirby may have been the king, but subtle, he was not). Eventually, the pair joined the Justice League for a time, and Barda even became a powerhouse member of the Birds of Prey at Oracle’s request.

Even after “retiring” from the super-hero world and settling down in the suburbs, the itch of battle still drives Barda to help her former teammates in times of need. She remains always vigilant and is ready to go to war at a moment’s notice, because she knows it is only a matter of time before Darkseid returns to try and subjugate the entire universe.

Being a New God, Barda was born close to The Source (the place in the universe that is the origin of all things), and because of this, she has powers beyond that of a normal person. Her strength and agility are said to be on par with that of Superman or Wonder Woman. She is able to shrug-off most wounds, and is immune to poisons or toxins. In fact, it is quite possible that she is, like many of the New Gods, an immortal.

Besides her natural gifts, Barda is a skilled leader and tactician. Her mastery of all armaments is second-to-none, though her weapon of choice is the Mega-Rod. This Apokoliptian weapon is mostly used as an unbreakable club for melee combat, but it can also fire bolts of energy and control the gravitational density around an opponent.

And don’t forget about her famous battle armor, which not only increases her already tremendous strength, but also her invulnerability. 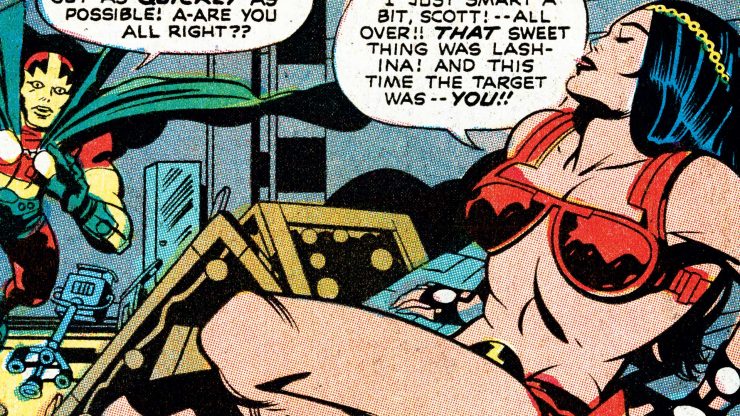 As mentioned before, Big Barda is seven-feet tall, which makes her the tallest female super-hero who does not have the ability to alter her size to gigantic proportions on command.  Additionally, she may not look it, but she is 250 years old. She really takes care of herself, you know?

Surprisingly, Barda is also canonically a fan of the Pokémon trading card game. It is, after all, “a warrior’s game.”

Currently, Big Barda is co-starring in the DC Comics Mister Miracle book by Tom King and Mitch Gerads. Sadly, this stellar comic is a mini-series and will be coming to an end in the next couple months. Even so, it is a highly recommended read.

Good news though! Warner Brothers and DC Comics announced a New Gods film will soon be in production under the skillful hand of Ava Duvernay. The acclaimed director also happened to let it slip that a certain Female Fury is her favorite super-hero.

And remember there are plenty of classic trade paperbacks, stories, and animated film/television appearances (Justice League: Unlimited and Superman/Batman: Apocalypse, for example) where you can learn more about Barda and catch up on her past adventures, before she hits the big screen, big time.

Jim Carrey to Join Sonic the Hedgehog Film, the Season 3 Return of My Hero Academia, and More!