The Walking Dead television series has gone on for over a decade.

Its many seasons and episodes have ranged from totally unforgettable to meandering. It has given us iconic characters to aspire to like Rick Grimes and his tenacious son Carl. The AMC series has produced equally epic villains such as Negan and the Governor. Ratings and viewership peaked at insurmountable heights and dipped back to humble numbers.

The truth is a whole generation felt like they grew up with the horror drama series and for some time it felt like The Walking Dead would come back year after year but, alas, nothing lasts forever, not even walkers. AMC recently announced the series’ next season would be its final outing.

For all things related to the final season, including its release date, season 10’s last episodes, spin-offs, and more, read on. 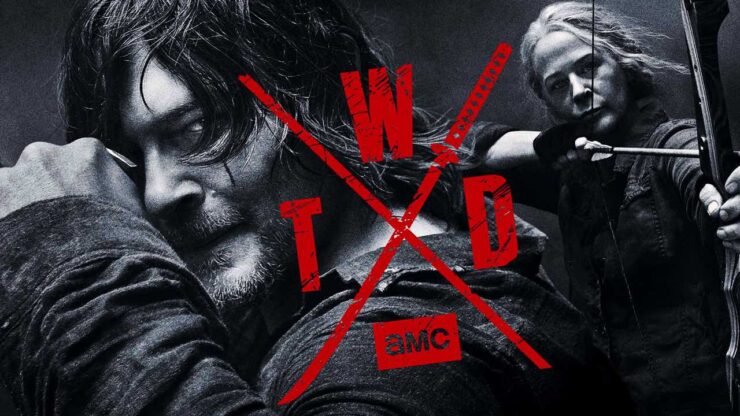 TWD’s final season premiere date has not been announced yet but we do know its first 12 episodes will air sometime in 2021. That is, if the pandemic doesn’t cause any further delays, which it did do to Season 10; the tenth season was in the midst of wrapping up before COVID-19 caused production to halt.

So, before viewers can see where the remaining survivors ultimately end up, there are still 6 episodes left of Season 10 to watch. These remaining episodes will air at the start of 2021 with the first episode, “Home Sweet Home” premiering on February 28.

AMC knows die-hard fans are anxious to continue the saga and have released the loglines for the remaining episodes of season 10 to give audiences a glimpse of what’s to come:

Maggie (Lauren Cohan) has returned with a story she is not ready to share, even when her past catches up to her. Negan’s (Jeffrey Dean Morgan) safety is at stake again. Daryl (Norman Reedus) and Maggie fight an unseen and unknown threat.

An adventure for Daryl and Carol (Melissa McBride) turns sideways when they come across an old cabin. It takes Daryl back to the years when he left the group after Rick disappeared as he relives a time that only the apocalypse could manifest.

Gabriel (Seth Gilliam) and Aaron (Ross Marquand) search for food and supplies to bring back to Alexandria. Small tragedies lead to bigger tragedies as faith is broken and optimism is fragmented when they are put to the ultimate test.

Eugene (Josh McDermitt), Ezekiel (Khary Payton), Yumiko (Eleanor Matsuura), and Princess (Paola Lázaro) are captured and separated. Princess struggles with memories of her traumatic past and tries to escape one way or another with the help of Ezekiel.

Daryl and Carol come to a fork in the road and head their separate ways. Each going into their own type of survival mode, the easiest of challenges become much harder. Will their individual journeys be the tipping point needed to mend their friendship or is the distance between them permanent?

Carol takes Negan on a journey, hoping to minimize the increasing tension. Negan reflects on the events that led him to this point and comes to a conclusion about his future.

The Walking Dead isn’t over yet. There are a handful of episodes left of season 10 until the final season airs sometime next year. But the zombie-apocalyptic world will continue long after even after the original series ends. There are currently several spin-offs in action and more planned for the future.

Robert Kirkman’s deeply engrossing universe continue to live on in two spin-offs. The first of these is Fear the Walking Dead which first aired in 2015 and is on its 6th season already. The series showcased life at the very start of the outbreak and now stars one of TWD’s biggest characters, Morgan (Lennie James).

Fear the Walking Dead has neither been canceled nor approved for a 7th season at the moment. However, its ongoing season is sitting fresh with a 86% approval rating and brings the network a high number of viewers, so we can expect it to continue into the foreseeable future.

The Walking Dead: World Beyond

The Walking Dead: World Beyond is the latest spin-off. Its first season is out now and follows a group of teenagers who have grown up in the zombie apocalypse. They receive a note which pushes them to trek across dangerous lands for the first time. The journey will mold them for better or worse and cement them into heroes or villains.

That’s not the only reason fans should give the latter show a shot. Remember that Rick Grimes movie that was announced two years ago? If it feels like it’s been stuck in the development stage, it has―for good reason.

It turns out the wait is all part of the plan and The Walking Dead: World Beyond will serve as a lead up to the Rick Grimes movie, showing what happened when that helicopter took everyone’s favorite character far away.

TWD fans have even more to look forward to, if you can believe it. Two more spin-offs have already been announced: an anthology series following Carol Peletier (Melissa McBride) and Daryl Dixon set to premiere in 2023 and another anthology series, Tales of the Walking Dead, which will follow new and existing characters and delve deeper into their lives.

It seems fans of The Walking Dead will have more than enough to keep them satisfied for years to come. You just can’t keep a good zombie down.

Are you ready to see the end of The Walking Dead? Which spin-off are you most excited to see? Let us know in the comments below!

Diggle Returns to the Arrowverse, Gotham Knights Update, and more!