80 years ago, a ferocious cyclone swept across the sepia-toned prairie of Kansas, whisking a young Dorothy Gale away to the magical Land of Oz, where she received a melodious Munchkin welcome before embarking on a journey to visit the Wonderful Wizard of Oz in the glistening Emerald City.

The story certainly stood the test of time, and is still much beloved across multiple generations, but today we want to pull back the curtain on some of the most surprising facts that you might not know about the big screen adaptation of L. Frank Baum’s children’s book.

So put on your ruby slippers, click your heels together three times, and join us as we take a trip down the yellow-bricked road of memory lane.

8. A Beloved Song Was Almost Cut From the Movie 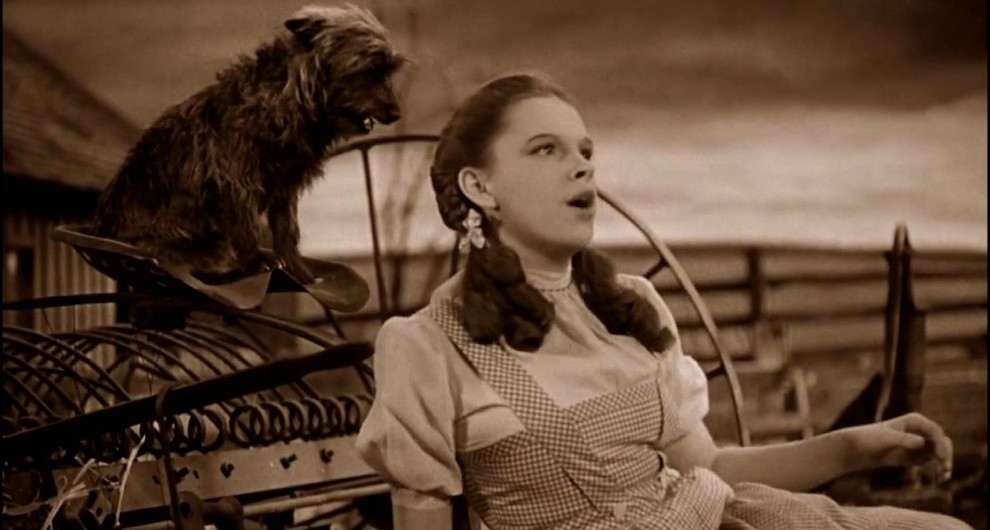 The music in The Wizard of Oz is almost as famous as the movie itself, but one of the most famous songs of all time almost didn’t make it into the final version of the faithful adaptation, which endured a number of cuts before its theatrical release.

“Over the Rainbow” was nearly completely edited out of the movie due to pacing issues, as MGM felt that the opening scenes in Kansas were running a little too long, delaying Dorothy and Toto’s arrival in Oz. The studio were particularly concerned over losing the attention of the younger audience that the picture was originally intended for.

7. The Horse of a Different Color Was Covered in Jell-O 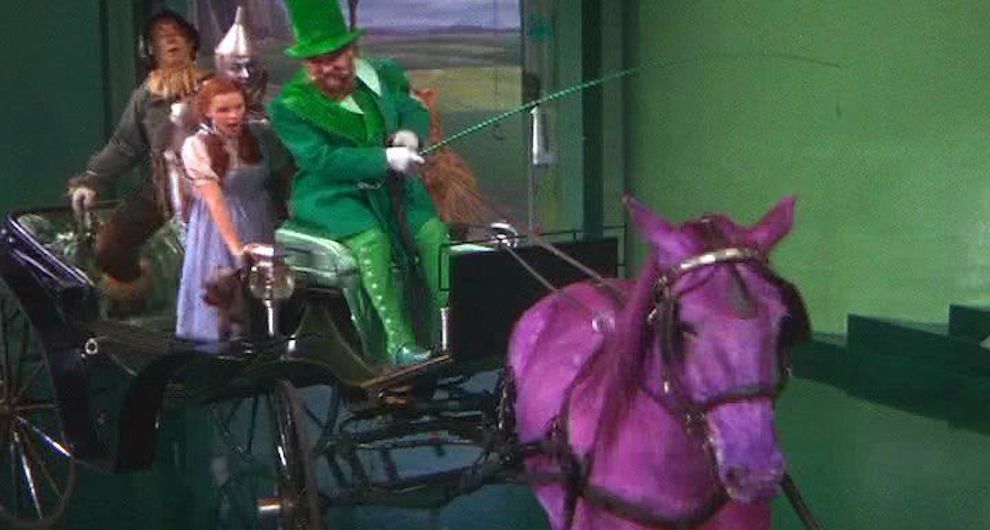 When Dorothy and her friends arrive in the Emerald City, they take a trip on a horse-drawn carriage, with a color-changing steed at the helm. Four horses were used on the set to create the illusion of a vibrant multicolored mammal on camera.

In a stroke of brilliance, technicians brushed the horses coats with lemon, cherry, and grape flavored Jell-O based tints, not harmful to animals, to create a bright spectrum of yellow, red, and purple colors. The horses loved the sweet substance so much, they repeatedly tried to lick it off!

6. The Production Was One of the Most Expensive in History 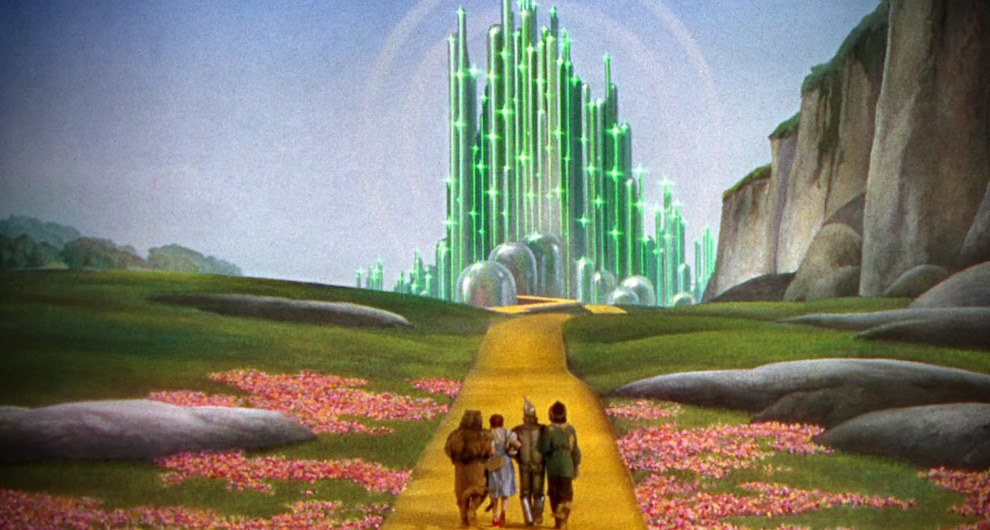 The Wizard of Oz was full of live-action special effects, extravagant costumes, innovative make-up work, repeated through extensive rehearsals and reshoots, making it MGM’s most expensive production at the time.

While the movie was considered a critical success, the studio failed to make a profit on the musical picture until its 1949 re-release, as it initially earned $3 million against a $2.78 million budget, excluding promotional costs.

The grandiose budget meant that no expense was spared on the production, with the wardrobe department alone creating over 1000 costumes for the movie’s 600 actors.

5. The Costumes Presented Several Challenges to the Cast 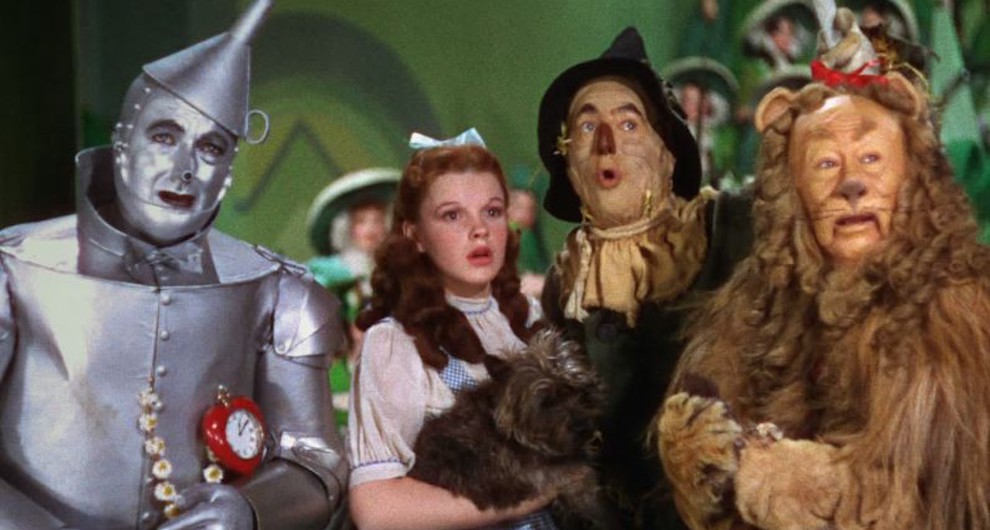 The costumes in The Wizard of Oz were undoubtedly some of the most elaborate and visually appeasing to ever emerge from the Hollywood wardrobe department, but they were far from comfortable for the actors stepping into them.

The Cowardly Lion’s costume reportedly weighed a whopping 90 lbs because it was made from actual lion hide. The actor behind the mane, Bert Lahr, had to remove the suit completely between takes and it had to be dried out each night, as he profusely perspired beneath the weight of the fur.

In addition, the Tin Man’s body armor was, in part, made of genuine metal, making it difficult to move around in. The costume was constructed with such a rigid material that it was impossible for the actor to sit down; instead he was forced to recline on a leaning board in his breaks.

Based on the German fairy tale by the Brothers Grimm, Snow White and the Seven Dwarfs became a critical and commercial success upon its release in 1937, leading to an onset of animated feature-films and musical fantasies on the silver screen.

Taking the story from page to screen, the cinematic adaptation of The Wizard of Oz was somewhat influenced by the Disney film, as a number of parallel themes and motifs were incorporated into the picture.

In the early stages, the Wicked Witch of the West was pitched as a sultry villainess, resembling a similar stately beauty as that of the Evil Queen from Snow White, but producers changed the concept because “bad witches are ugly,” as Glinda the Good Witch famously asserts in the movie.

Snow White still managed to leave her imprint on the picture, as Adriana Caselotti, who voiced the porcelain princess in the Disney movie, interjected with the line, “Wherefore art thou, Romeo?” during the Tin Man’s musical ditty, “If I Only Had a Heart.”

3. The Actor Playing The Wizard Appeared in Five Different Roles 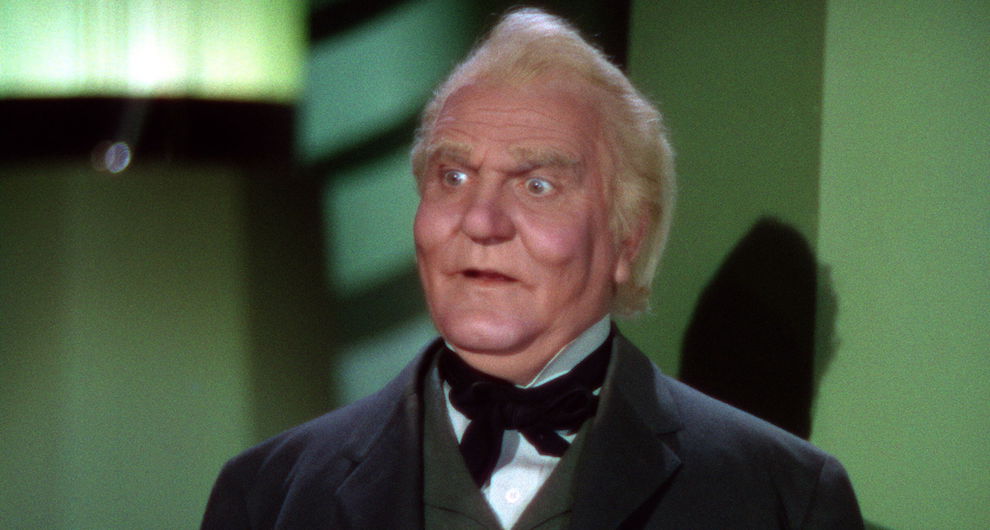 Several members of the cast have dual-roles in the movie – one character in Kansas and another representing them in Oz – but Frank Morgan, who played the Great and Powerful Oz, had a strong presence throughout the picture as he appeared in five different parts all-told.

He first showed up as the fortune-telling professor Dorothy meets in Kansas, then subsequently popped up as the Emerald City cabbie behind The Horse of a Different Color, one of the grouchy guard’s outside the Wizard’s palace, and the bureaucratic gatekeeper, who eventually allows Dorothy and her friends access to the emerald estate.

Inside the castle, Morgan gave his most celebrated performance as the Wizard of Oz, the man behind the curtain.

Dorothy’s blue and white dress is arguably one of the most unmistakable items of clothing in cinematic history, and yet, in reality, the gingham garment was a pale pink shade, a color that apparently showed up better on screen than white.

The Technicolor process meant that the production had to be shot with special cameras, requiring much more light than black and white cameras, but the brightness of the lights on set bleached out the pink color to make it appear white on the playback of the footage. 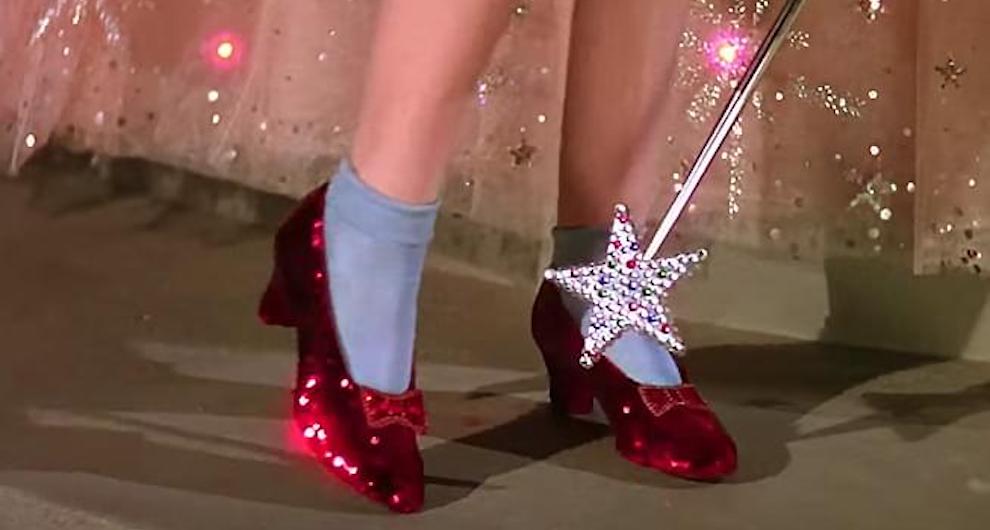 Dorothy’s iconic ruby red slippers were an essential element of Judy Garland’s costume, recognized the world over, however, in Baum’s The Wonderful Wizard of Oz, the magical shoes were described as being sparkling silver.

MGM studio head Louis B. Mayer stepped away from the source material to demonstrate the Technicolor technology utilized in the movie. He selected brighter hues to make each frame stand out, taking advantage of the highly saturated nature of the colored scenes.

Ultimately, he believed that a red shade would be more noticeable to cinema audiences, and so he slightly modified the character’s unforgettable footwear to showcase the full capability of the color motion picture process.

Facts, and trivia, and behind-the-scenes secrets, oh my!

Were you surprised by any of these facts about The Wizard of Oz? Do you have any trivia to add to our list? Let Your Geek Sideshow and tell us in the comments.