The Many Mythological Worlds of Rick Riordan 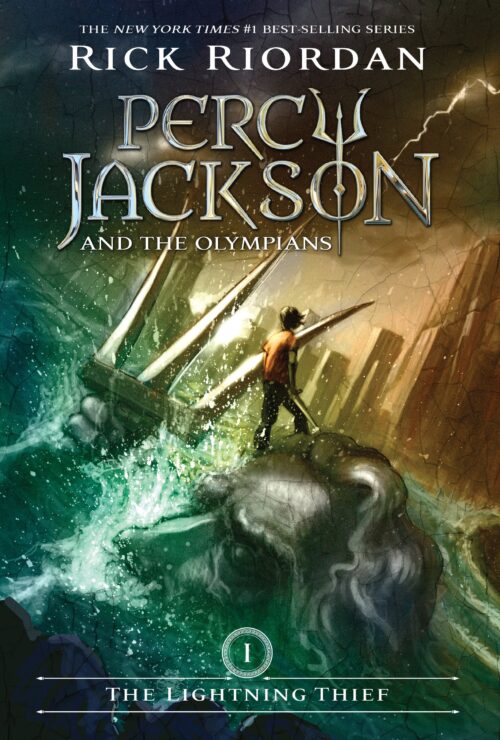 With Disney’s acquisition of Fox Studios, Disney gained the rights to the Percy Jackson franchise, a beloved book series that has been adapted into film and even an off-Broadway musical.

The film series debuted in 2010 with Percy Jackson & the Olympians: The Lightning Thief and was followed by Percy Jackson: Sea of Monsters in 2013. The movies were greatly anticipated by fans, but sadly, they did not perform as well as expected at the box office. This led to the cancellation of the three additional films in the series.

Rick Riordan tweeted on December 12, 2019 that he was meeting with Disney. This immediately led to speculation about a potential reboot of the film series and/or a series on Disney+. On May 14, 2020, Rick Riordan announced, via Twitter, that Percy Jackson would indeed be coming to Disney+. Fans were elated.

The author had previously published a blog post on his site (November 26, 2018) talking about the possibility of a reboot, making it clear that authors have much less say over the script and changes than we are aware. One of the main issues Riordan had was that Fox changed Percy’s age from 12 (in the books) to 17 (in the film). As Disney+ is generally geared to a younger audience, we should see an accurate age portrayal of Percy in the series.

On June 15, 2020, Riordan announced on Twitter that they were in the very early stages of developing the Percy Jackson Disney+ series. He stated he is working on the pilot script outline, and he is doing his best to make fans proud. On September 12, 2020, it was even revealed that his popular Egyptian mythology series, the Kane Chronicles, is being developed as films for Netflix apart from the Percy Jackson project.

So, with that information, what do you need to know about Percy Jackson & the Olympians? What about Rick Riordan’s other series? 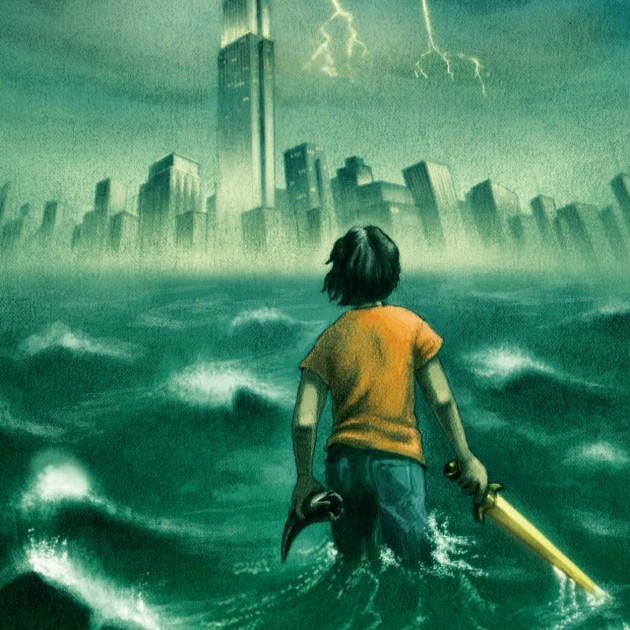 One of the most compelling things about Percy and other demigods, is that they have difficulty in school. Demigods are often dyslexic and can have ADHD. It is their nature, being half-god and half-human. These small facts make the demigods more relatable even though they possess incredible powers. In addition, Percy Jackson is a story about a pre-teen learning how to believe in himself through difficult trials.

The books are a must-read in any format. The narrator of the audiobooks is fantastic. The first three books of this series were also made into graphic novels. But Percy Jackson is just the tip of the iceberg for the series and worlds that Riordan created.

The Heroes of Olympus and The Trials of Apollo

The Trials of Apollo is the final series that features the Greek and Roman gods. Instead of featuring a demigod, this series features a full god, Apollo, who was turned human by his father, Zeus. Apollo struggles with the loss of his powers while avoiding enemies at every turn. The Trials of Apollo is a five-book series, that also interacts with characters from both Percy Jackson and the Olympians and Heroes of Olympus.

Since the stories and characters from Percy Jackson, Heroes of Olympus, and Trials of Apollo all intertwine, it leaves the possibility of introducing all the characters into the streaming series at some point. It potentially leads to spin-offs for the additional series as well.

Truthfully, all of Riordan’s series would make fantastic additions to the Disney+ line-up. 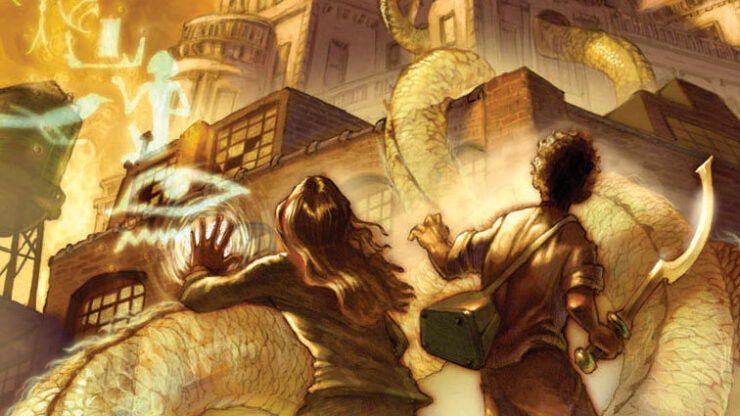 Leaving the Greek and Roman gods behind, we journey to Egypt for The Kane Chronicles. This series features a brother and sister pair: Sadie and Carter Kane. These estranged siblings are drawn together when their father unleashes the Egyptian god, Set.

A unique feature of this series is that the chapters in the book alternate narrators between brother and sister; and in the audiobook versions, the narrator changes to reflect this, which is a nice touch. Unlike the prior two series, The Kane Chronicles is a three-book series.

There are currently two graphic novels for the series, and Riordan just revealed the news that Netflix will be adapting these books for film, rather than a television series.

Magnus Chase and the Gods of Asgard

Told by his mother to run away two years prior, the teenager has been living on the streets of Boston trying to keep himself safe. Magnus discovers his uncle Randolph is looking for him, a man his mother had told him to stay away from. Fire giants attack the city and suddenly Magnus is in Valhalla.

This series features such characters as Loki and Thor, who have already been introduced to Disney+ through the Marvel Universe, although in different form than they appear in this series.

All of Riordan’s series are captivating and well written. As Disney+ is largely geared toward a younger audience (or the young at heart), the fact that many of the protagonists in the series are around 12-14 years old is beneficial. Note that the characters age appropriately throughout the series, but in most cases start as pre-teens. The stories provide all the context you need for the pantheons they represent, and the stories are quite often coming-of-age tales with a mythological twist.

If you are just starting Rick Riordan’s works to prepare for the Disney+ series, it is highly recommended that you start with Percy Jackson and the Olympians (since that’s what the series will be based on) and follow it with The Heroes of Olympus. Trials of Apollo would round those series out. Since the three become highly intertwined, they should provide any potential, necessary context and provide you a full Riordan reading experience.

The Kane Chronicles and Magnus Chase are stand-alone series and are excellent reads as well, if you want to hop around and explore other famous pantheons.

Above all, it is reassuring to see that Rick Riordan is excited about the prospect of the series and his role within it. We are so looking forward to Percy Jackson and the Olympians on Disney+ and hoping that eventually all of Riordan’s book series will eventually gain their own shows or successful film adaptations that fans can truly celebrate.

The Mandalorian Season 2 Poster, She-Hulk Gets Director, and more!