Marvel’s Loki is just around the corner. Praise be to Odin! As we inch ever closer to the highly anticipated Disney+ series’ June release date, I want to talk about things I’d like to see unfold. Of course, Marvel always keeps us on our toes, so I’ve no doubt I’ll be pleasantly surprised regardless of the direction taken. The MCU has never let me down thus far. You gotta trust the glorious Powers That Be.

Below, I’ve listed a few plot points and details I’d like to see given a spotlight in Loki. Again, this is pure fan speculation. The true outcome will most likely be far off from what I’m anticipating, but I’m just here to enjoy the ride. As long as Loki continues to be the gloriously mischievous specimen that he is, I’ll be happy as a clam.

The Honorable Mr. Mobius “Moby” M. Mobius (Owen Wilson) is a senior executive of middle management at the Time Variance Authority. The TVA is an organization that oversees multiple timelines and ensures that said timelines are free from fractures. Of course, Loki (Tom Hiddleston) stealing the Tesseract, thereby creating a divergent timeline, sort of throws a wrench in the TVA’s work.

In the comics, Mobius has tried She-Hulk and the Fantastic Four for “time violations.” Additionally, Mobius is a clone much like everyone else that works at the Time Variance Authority. He’s made up of the same genetic material as his TVA counterparts. The only thing that’s different between him and the Chronomonitors is that he looks more human. He’s not a faceless drone. I’d love to see multiple Owen Wilsons running about the TVA headquarters.

As I mentioned above, all of the Time Variance Authority employees, notably the senior level ones, harbor identical physiology. Even down to the same IQ. This “sameness” ensures that everyone works as a cohesive unit. No disputes or disagreements.

The TVA cooperates as an efficient unit. This exploration could also delve into the Chronomonitors and work its way up to Mobius. Just really dive into the mythology of this world.

Now, a link to the She-Hulk series might be plausible, especially given the character’s comic book history and interaction with Mobius M. Mobius. I could see Owen Wilson or any TVA worker potentially appearing on She-Hulk. Perhaps while Loki is fixing the fraying timelines, he’s given a peek into Jennifer Walters’ world. I’m not asking for a Tatiana Maslany cameo — that might be too on the nose. But something subtle that creates a link between Loki and She-Hulk. They do have the TVA in common, after all.

Well, since that Ralph Bohner thing turned out to be a red herring, maybe this series can forge a subtle tether between Loki and a future X-Men flick. They do belong to Marvel again, so why not draw them back into the world?

This might be an intriguing avenue to explore. The Null Time Zone is a place that’s sequestered away from normal space and time. It’s where the TVA conducts its operations. Its remote location protects it from enemy attacks.

Apparently, the Fantastic Four were the only folks to visit this section in the comics. But why not let Loki pop in for a spell?

Mention or Hints of The Fantastic Four

Marvel bought the rights back to the Fantastic Four a while ago. On Disney Investor Day, it was revealed by Kevin Feige himself that a new Fantastic Four flick is forthcoming, and it was even teased again at the end of their recent Marvel Studios Celebrates the Movies feature.

Since Marvel’s First Family have such a strong connection to the Time Variance Authority in the comic books, I believe they should at least be blatantly mentioned or hinted at amid the course of Loki. Remember — everything’s connected! Let’s keep it that way!

This might be a fun way to reintroduce them into the Marvel sphere, even if it’s just a mention or hint here and there. Plant the seeds of intrigue to keep folks interested. 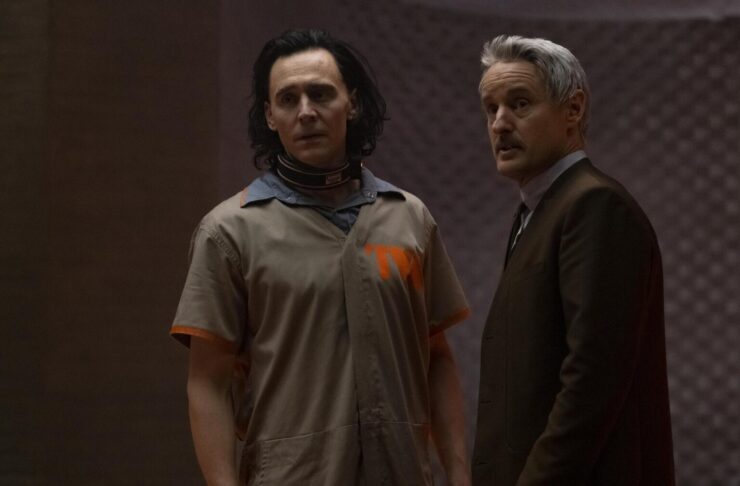 Admittedly, the first thing I thought of whenever I heard about Owen Wilson’s casting was Tom Hiddleston’s smashing impression. I was taken aback by just how accurate Hiddlelston’s Wilson impression was. “Wow,” am I right?

Of course, this is a silly request, hence why it’s an honorable mention. But even if it’s just Loki imitating Mobius, I’ll be a happy camper. Perhaps the two are bickering and Loki pulls the “petulant child” card. He proceeds to mimic Mobius’ movements, mannerisms, and speech patterns.

I think it’d be a fun nod to Marvel fans and a nice breath of fresh air. Inject some levity into this trash can of a year. Bring on the time-traveling silliness!

What things would you like to see in Loki? Sound off in the comments below, and as always, don’t forget to Let Your Geek Sideshow!