Happy Thorsday, everyone! Marvel has finally revealed the mysterious woman who currently holds the hammer, thus ending a new chapter in the legacy of Thor. (We won’t spoil it for you here.) Looking back at that legacy, you’ll find many incredible female characters have shaped and influenced Asgard and the thunder god over the decades. Magic and mortal, fair and foul, this Thorsday we are all about celebrating those mighty maidens, the ladies of Thor! 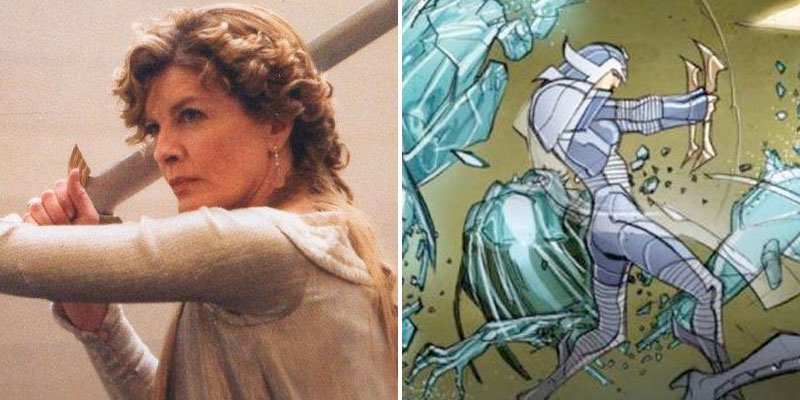 Freyja, sometimes Frigga, is the All-Mother of Asgard. She originally hails from the realm of Vanaheim, and is married to All-Father Odin. She is the mother of Thor, but not through birth. She raised the god of thunder, as well as other sons of Odin, both hers and of other women.
In the movies, she is the mother of Thor and the adoptive mother of Loki, with whom she shares her magic. She serves to keep the men of the royal Asgardian family in check, with her level head and commanding presence. She skilled in the use of magic, and uses it mostly for defense.
In the current comics, she is a fierce warrior who prefers the use of a sword and shield, but Freyja is also a wise and caring protector for those she loves. 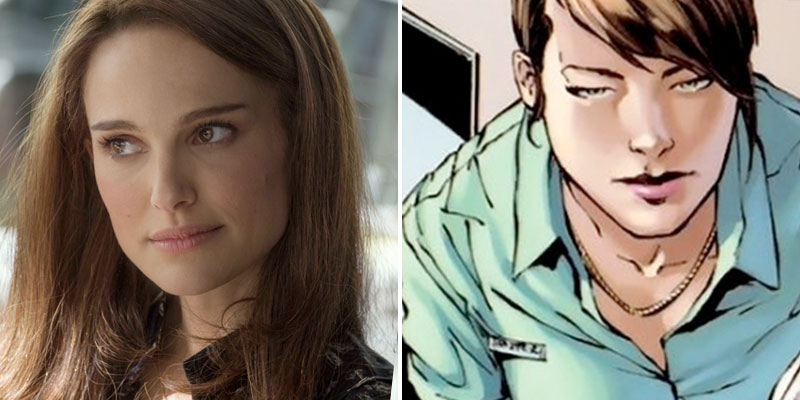 Jane Foster originally made her debut as the nurse assistant to the mysterious and handsome Dr. Donald Blake. She quickly fell in love with her boss and was kept unaware of his alter ego for a time. Of course, the hero Thor caught her eye. Loki, the trickster brother of Thor, often would use Jane as the victim in his schemes as he tried to thwart the thunder god.

In recent years she has come a long way from her original appearance, now often appearing as a doctor or physician rather than a nurse. In Thor: The Mighty Avenger, she worked on curating artifacts for a museum. In the movies, she’s an astrophysicist. In all cases, her work somehow leads her to Thor and she uses her compassion and intelligence to help him and others out of tough situations.

Most recently Jane has become a representative of Midgard in the Congress of Worlds, which has liaisons from each realm. She was also diagnosed with breast cancer as of 2013, and has been bravely facing it without the help of Asgardian healers, though they have been offered to her. 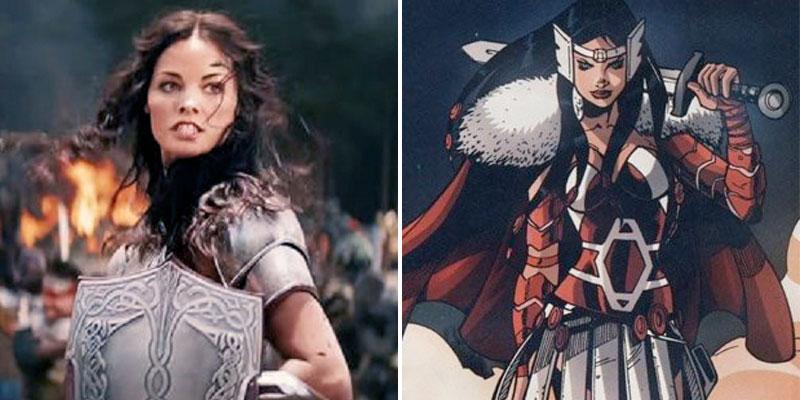 Sif was introduced to the series and to Thor after the thunder god elected to become a hero on Earth. They had been friends in childhood, where she had golden hair that was shorn off by Loki as a mean prank, following Norse mythology. Odin, Thor’s father, was unhappy with his son’s affections for the mortal Jane Foster and arranged for him to meet the goddess Sif, now grown into a beautiful woman and fierce warrior. They began a relationship, but Sif could never forsake Asgard in favor of Thor’s beloved Earth.

Since then, she went on to meet alien champion Beta Ray Bill, adventuring around space and defending the realms. Sif has been involved in battles with many villains, including Surtur and the foes of Ragnarok. She headed her own “Journey into Mystery” title in more recent years.

Sif is known for her excellent swordsmanship, being a shield maiden of Asgard. She is also known as the Asgardian goddess of war, and can use her enchanted sword to traverse the galaxy, tearing open portals for instant teleportation. 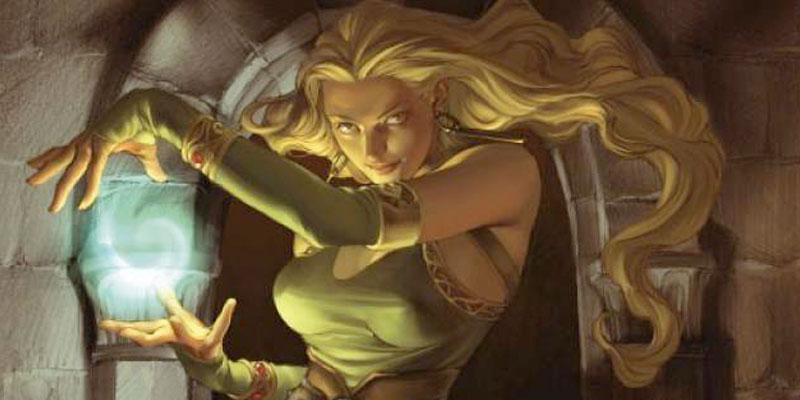 Known as the Enchantress, Amora studied magic under the queen of the norns Karnilla. A dutiful student, she was eventually dismissed for being too reckless with her magical abilities. This didn’t stop the Enchantress from studying from other Asgardian magicians and spell casters. She grew powerful in her sorcery and came to rival her old teacher. She often used her powers to seduce men and get them to do her bidding.

Amora has a younger sister named Lorelai, who knows some sorcery, specializing in love potions and spells. The Enchantress has many magical abilities, such as time manipulation, teleportation, and illusions. She often uses these offensively, working to get what she wants by any means necessary. Often she has tried to cast charms on Thor, and while some do succeed she remains unable to affect Mjolnir in any way. She is currently rumored to make an appearance, and even be a possible love interest in Marvel’s Thor: Ragnarok, slated for 2017. 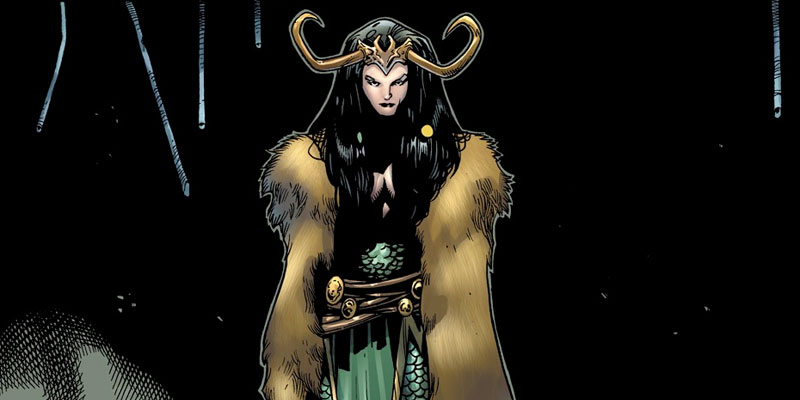 Okay, this one is a little tricky. Post-Ragnarok destruction, Loki’s soul took up a female form which was a malicious version of Sif. In this form, Loki worked with Doctor Doom to try to reconstruct the world and eventually joined the Cabal with Doom, Norman Osborn, Emma Frost, and others. After Osborn’s plan for a new world order failed, Loki and Sif were separated once more. This “Lady Loki” design has become a fan favorite, though. 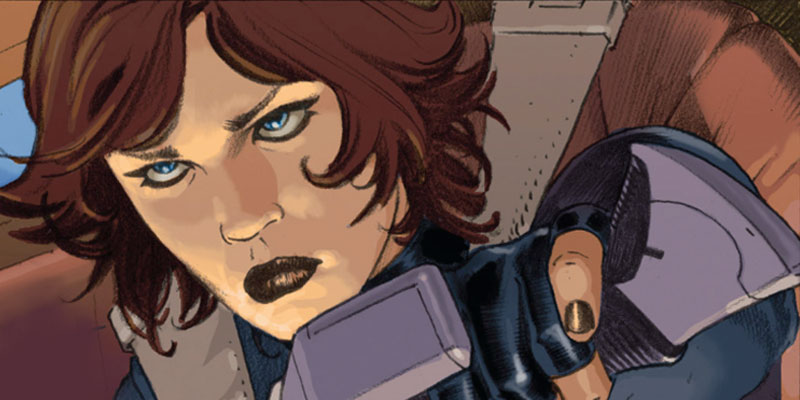 An original character from Jason Aaron’s Thor: God of Thunder series, Roz Solomon is a highly skilled field agent working for SHIELD who first gets tangled up in the thunder god’s life when he accepts her invitation to her graduation dance. She graduates from SHIELD as an environmental scientist and operative, trained in martial arts as well as basic spy weapons. She is spunky and a bit stubborn, and Thor immediately sets his sights on her.

She drives a flying red car which has even traversed outer space. Coulson is her boss, and she likes to talk back to him because, face it- as helpful as he is, sometimes Roz needs to do things her own way. She’s more focused on her work than on Thor’s advances, but the two do go out for drinks when they’re not fighting the likes of the evil oil corporation Roxxon.

Odin’s chosen leader of the Valkyrior, Brunnhilde the Valkyrie is one of the fiercest warriors of Asgard. She fights with a spear but also wields an enchanted sword, and rides upon a winged horse. She joined the Fearless Defenders and fought alongside Misty Knight.

Being a Valkyrie means that she chooses the worthy slain and takes them to Valhalla following great battles. She possesses the power of teleportation in order to transport fallen warriors to the realms of the dead. She can also sense a dying aura around those near the end of their lives.

So, now that you’ve read all about some of the amazing women from the Thor legacy, you can prepare to discover one of the most exciting secrets of the new Marvel universe. Who is the new Thor?

Until next Thorsday, if you be worthy!