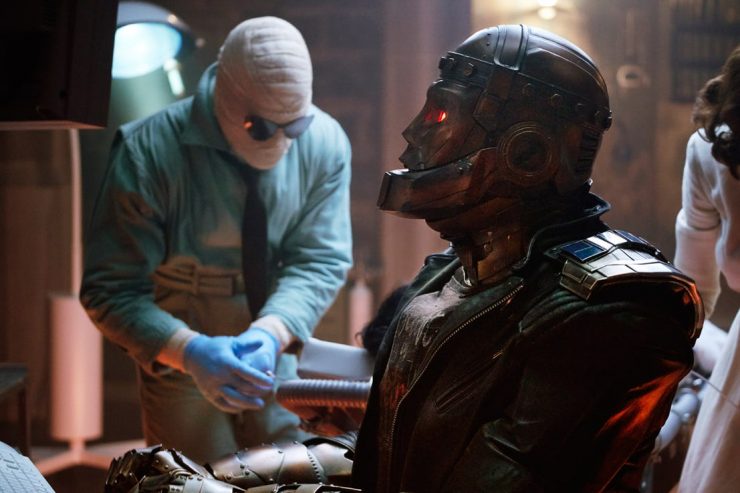 DC Universe has released new images from the next episode of its live-action Titans series, revealing the introduction of the Doom Patrol. The images show fans a closer look at Robotman, Elasti-Girl, and Negative Man, although previously cast characters like Crazy Jane and Cyborg have not been revealed. Titans airs exclusively on the DC Universe streaming service.

Writers Rhett Reese and Paul Wernick have revealed that the PG-13 re-release of Deadpool 2 will have new scenes that were not in the R-rated premiere. They did not give away any details about the new footage but have stated the film’s overall story will remain the same. The PG-13 cut of Deadpool 2 will open in theaters this holiday season.

Fox has revealed that the final season of the Batman prequel series Gotham will premiere on January 3rd, 2019. The network also extended the episode count for the season, bringing Gotham Season 5 to a total of 12 episodes. Gotham Season 5 will feature a 10-year time jump and will finally show the rise of Batman and his villains in a more comics accurate way.

ABC has renewed America’s Funniest Home Videos for two more seasons, as well as ordering a new series from the AFV producers. This new series will be called Videos After Dark, a more adult-skewing version of the show that celebrates mishaps and hilarious blunders caught on camera. Bob Saget will serve as executive producer and host for Videos After Dark.

The Sideshow Field Guide- Spooktacular Edition: How To Survive Being Lost in the Woods

10 Creeptastic Comics to Enjoy on Halloween