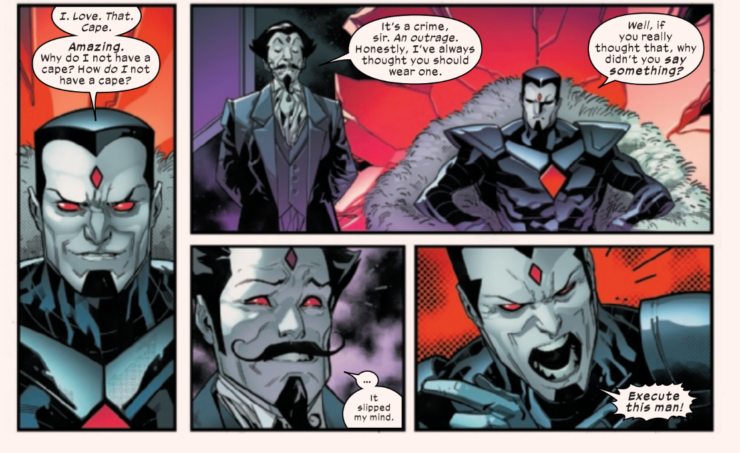 This week, we have doubled down on seeking out the Top 10 Clones in Comics. These dynamic duplicates hold a mirror up to the nature of some of our favorite heroes and villains, showcasing both the best and worst that comic book science has to offer. Some of these clones offer improvements and upgrades over their prime counterparts, but others… well, you’ve heard of evil twins, right?

Read below to find out which characters passed the DNA test to make it onto our countdown. Let’s get started!

Appearing in both Dark Horse and Marvel comics, the Clones of Star Wars are among the most famous fictional clones- they had a whole war named after them! Clones from the Mandalorian bounty hunter Jango Fett, countless clones were created by the Kaminoans and deployed in various troops across the galaxy.

10) The Many Clones of Mister Sinister 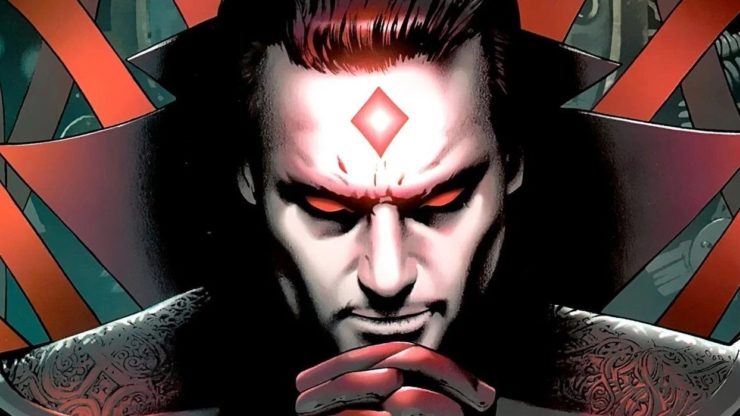 Nathaniel Essex was born in 1859. He worked alongside the well known genetic theorist Charles Darwin. Darwin loved to study genetics, and Essex immediately wanted to toy with them… and toy with his own. He altered his own genetics dramatically, in order to acquire superhuman strength and intelligence… at first. But then he gave himself the ability to change his body however he’d like, shapeshifting, regenerating, teleporting even!

He has spent over a hundred years developing his abilities and ensuring his own survival. And most recently, in Jonathan Hickman’s HOX/POX, it was revealed that there are MANY clones of Mister Sinister, not just the one. Each one, powerful, with an extended life, and with a backup ready at any time. He’s a collector of genes, and has every gene of every mutant, and most humans alive or in many cases… long dead. 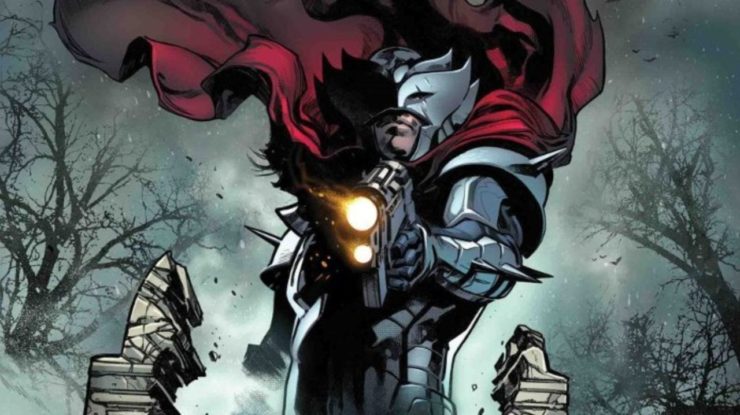 Stryfe is a clone of Nathan Summers, also known as Cable in the Marvel Universe. After mutant villain Apocalypse infected the young Summers with a techno-organic virus, the Askani cult cloned the child, who they believed was their savior. Apocalypse, seeking to destroy Nathan Summers, discovered the clone, adopted and raised him, and named him Stryfe to encourage his cruelty as he grew into his powers.

As Cable’s clone, Stryfe has immensely powerful psionic abilities, including telepathy and telekinesis- since he never had the techo-organic virus, he does not have to expend power like Cable does in order to stop its spread. He is also a master tactician, an expert with firearms, and is superhumanly strong and durable. 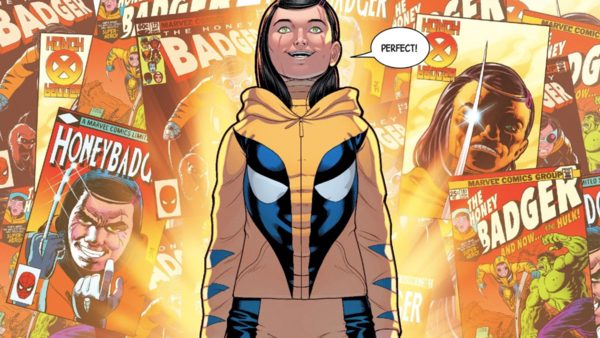 Gabrielle Kinney was meant to be a perfect clone of Wolverine (Laura Kinney at the time), designed to be a killing weapon. She was abused by the very people who created her, given tiny robo-nanites in her bloodstream that made her incapable of feeling the pain. She has a single claw on each hand, right in the middle knuckle. Wolverine would be proud that every time she uses her power, she’s flipping someone off. She has a regenerative healing powers, and animal senses just like Wolverine.

What she doesn’t copy from Wolverine is her extraordinarily positive and loving attitude. She is passionate about animals and even has a pet wolverine named Jonathan. She once went on a mission with Deadpool to free animals from a lab, just like she needed to be freed from her experimentation and torture. 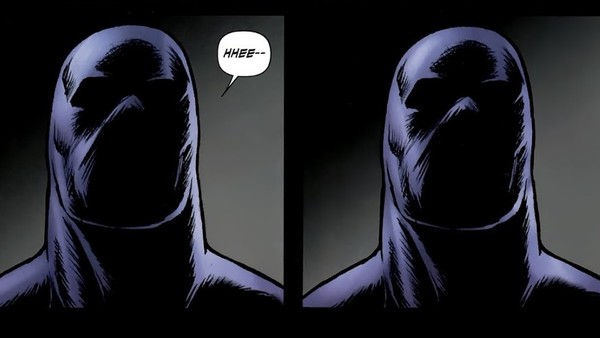 Black Noir is a mysterious and mostly silent member of The Seven in The Boys from Wildstorm and Dynamite Comics. While he remains an enigma for most of the series, it is eventually revealed that he is a sadistic (yes, even more so) clone of the Homelander, created by the Vought-American corporation as a failsafe in case they needed to assassinate the leader of The Seven.

Black Noir is deranged and babbles incoherently when his mask is removed. His strength is greater than the Homelander’s, and he is responsible for a number of heinous crimes throughout the series.

Marvel’s Stepford Cuckoos have been known by many names- the Five-in-One, Weapon XIV, the Three-in-One, and Emma’s Girls. The first five Cuckoos are only a handful out of thousands of Emma Frost clones created by Dr. John Sublime, harvested from Frost without her knowledge for the Weapon Plus program.

The five who were sent to infiltrate Xavier’s were Sophie, Phoebe, Mindee, Celeste, and Esme. Sophie and Esme later died, killed by Quentin Quire and Xorn. The girls have a general distrust of their mother and are psychically gifted with the same telepathic abilities as Emma Frost. They also have a hive mind mentality, and their secondary diamond forms are flawless, not possessing the one molecular weakness that Emma does. The girls also once hosted shards of the Phoenix Force together. 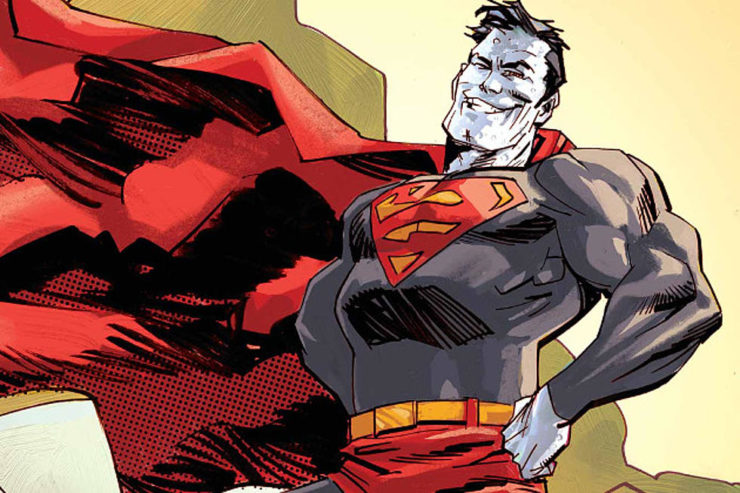 Bizarro is a clone of Superman… but not a very good one at that. In fact, he’s the opposite. And while he has Superhuman Strength, and Speed, and Invulnerability, and Flight, like his Kryptonian Counterpart, nearly everything else is backwards. He has arctic vision, and flame-breath. And he doesn’t need solar radiation for his powers, he’s self sustaining, not even needing to eat food. He has vacuum breath instead of wind breath. He has Bizarro X-Ray vision, which means he can only see through lead. His Bizarro X-ray vision also lets him shoot x-rays our of his eyes. His weakness is even blue kryptonite instead of Green.

Even the way that he speaks… Bad means good, up is down, and you get the point. But Bizarro’s influence has rippled through the multiverse. There is even a planet called Htrae (which is Earth spelled backwards). The planet lives by Bizarro Code which states “Us do opposite of all Earthly things! Us hate beauty! Us love ugliness! Is big crime to make anything perfect on Bizarro World!” This explains why the planet is square.

What he does clone properly is how very passionate he is. He really cares about Bizarro people, but he’ll tell you that he hates them. 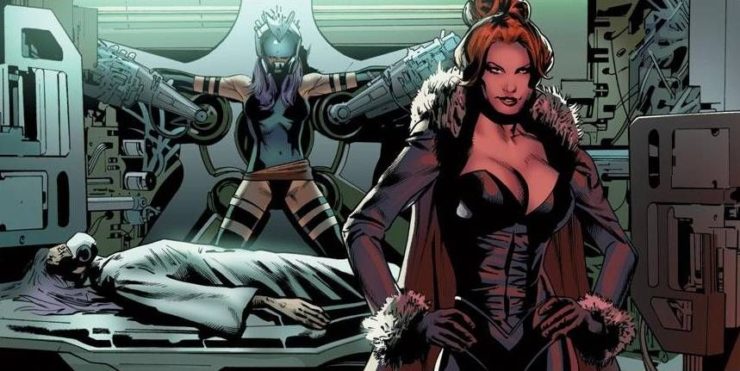 Madelyne Pryor was not originally written to be a clone of Jean Grey but instead was meant to be a means through which Chris Claremont would write Cyclops out of the X-Men, as he happily retired with the Jean lookalike after they had a child. This was retconned later, as it was revealed Madelyne was a clone of Jean Grey created by Mister Sinister in the hopes of having her make a powerful mutant child with Scott Summers.

This child was Cable, but the revelation of her creation as well as the loss of Cable and being abandoned by Scott for the real Jean lead Madelyne to become a corrupted supervillain named the Goblin Queen. She possesses Jean Grey’s abilities of telepathy and telekinesis, and can teleport and utilize demonic eldritch magic. 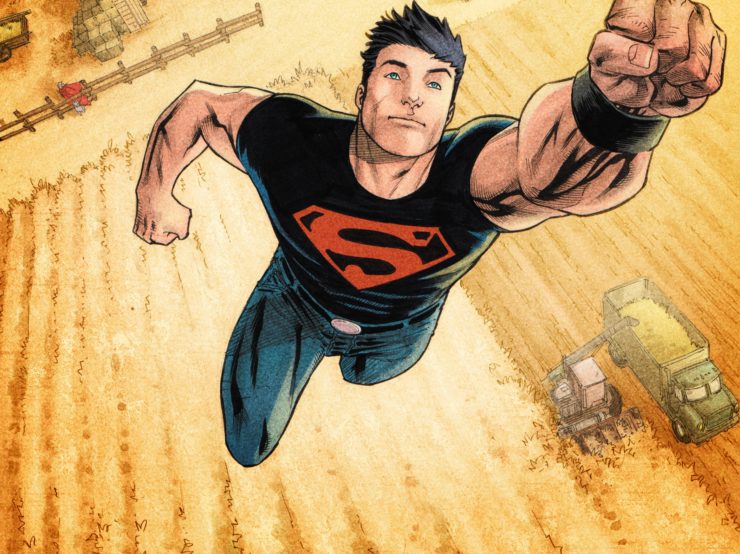 Superboy is was made by Project Cadmus by mixing Kryptonian DNA from Superman with the DNA of a human. He was originally called Project 13, before he was freed. And he was certainly bad luck for Cadmus, when he helped destroy their entire establishment. Eventually he took on the name Connor Kent, and acted as a younger cousin to Clark Kent.

Because Superboy has Kryptonian physiology, he has similar powers to Superman, but he also seems to have slight telekinetic abilities. In one run in the comics, it was believed that his only true power was tactile telekinesis, which allowed him to mimic Superman’s powers without actually having them.

He is a passionate hero, but he did not have the same childhood that Superman had. He is less trusting, and a bit more hard-headed. Above all, Superboy is an eager fighter.

Ben Reilly is a clone of Peter Parker, also known as Spider-Man, who seemingly died in his first appearance in Marvel Comics. Intended to be a one-off character, Ben Reilly reemerged as the Scarlet Spider in 1994, during the Clone Saga storyline. Reilly was created by the Jackal, an enemy of Peter Parker who was also responsible for cloning Gwen Stacey and creating Kaine Parker, an unsuccessful Peter Parker clone.

It was eventually revealed that Reilly survived his supposed death and he eventually reemerged after numerous clashes with Kaine Parker. He has been one of the several Scarlet Spiders over the years, also serving as Spider-Man and Spider-Carnage before dying in a battle with Green Goblin. He was later resurrected as the new Jackal during 2017’s Clone Conspiracy. He has identical spider-powers to Peter Parker, but has also improved upon the original web-shooter designs and eventually becomes resistant to Venom and Carnage’s possession. 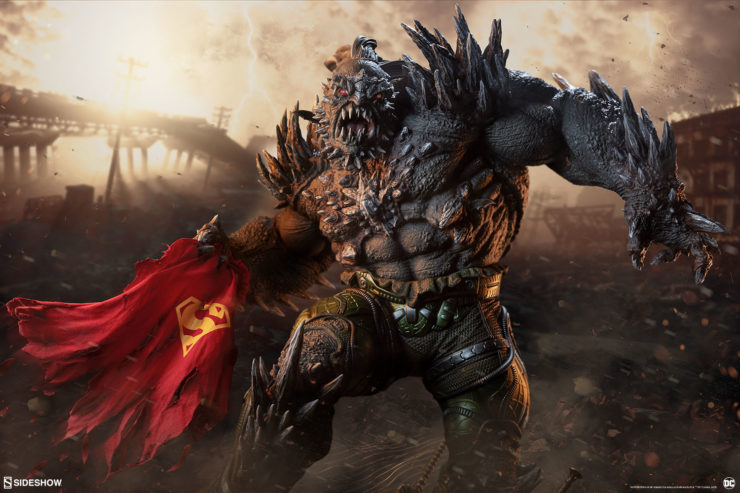 Doomsday was an experiment just like Superboy and Bizarro. And just like those two, he hates Superman. In fact, he hates all Kryptonians, because Doomsday was born to die. He was a genetic experiment created in such a way that every time he died, his remains would be cloned, and he would evolve so that he could never die the same way twice. Each time, his death was recorded into his genes. This makes him stronger. And while he is the Ultimate Lifeform, he was only allowed to evolve physically, not mentally. He would be the perfect evolutionary experiment, until he killed his creator.

Only he was powerful enough to kill Superman. Only he could defeat the Justice League with such ease. And while his evolution is expedited through cloning, it has also evolved his rage. He loathes the Kryptonians for his endless torture, and it seems he loathes all the living.

So, was this list just like the real thing? Or should we tweak some DNA and try again? If we missed something that you think should be on the list, Let Your Geek Sideshow and tell us in the comments!