Susan and Kitty are passing the mantle of Marvel‘s greatest heroes and taking a look at some of the top Marvel Legacy Heroes to date- whether they hold the hammer or share the shield, these newer heroes honor the names of Earth’s Mightiest Heroes. 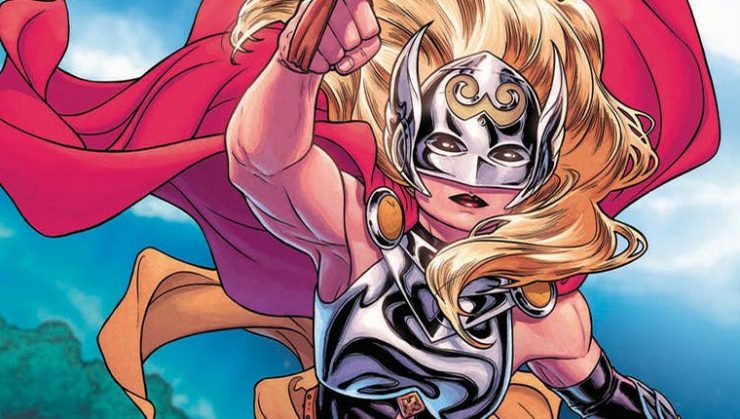 In the Marvel Universe, Earth’s Mightiest heroes are modern legends. Heroes are constantly changing costumes and codenames, stepping up to fight ever-changing threats. This list spotlights the legacy of some of those codenames, with new characters rising to take on the mantle of beloved heroes like Captain America, Hulk, Thor, and more.

Created by Brian Michael Bendis, Riri Williams debuted in Iron Man comics in 2016 as a 15 year old genius at MIT, who created a suit of armor similar to the Iron Man suit using stolen materials from campus.  A bit of an introvert with an attitude, Riri tried to use her suit to become a superhero, but had to overcome some challenges she hadn’t initially calculated.  Eventually, Tony Stark endorsed her choice to become a hero, and she evolved her armor into something more durable for fighting.

Riri takes our Honorable Mention spot mainly because she doesn’t take on the specific mantle of Iron Man (instead naming herself Ironheart), but she does base her tech off of patterns and AI schematics utilized by Tony Stark, who was put into a coma after Civil War II. 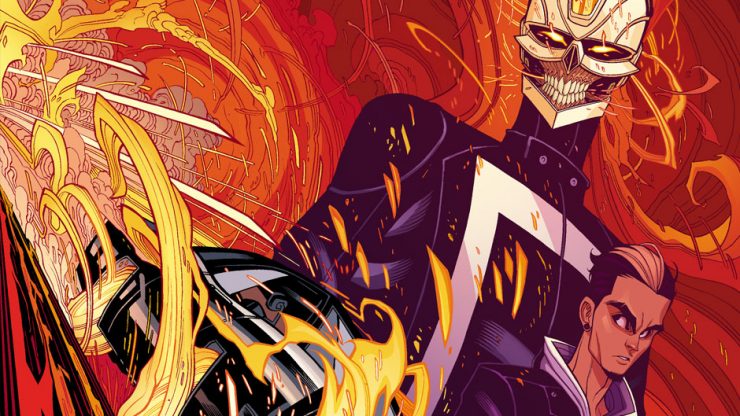 Roberto “Robbie” Reyes debuted in 2014 as the All-New Ghost Rider, and is the fifth Marvel character to use the name Ghost Rider- and he’s not bound to the same Spirit of Vengeance as the others. He is bonded to the soul of a serial killer named Eli Morrow, drives a 1969 Dodge Charger, and his transformed state isn’t skeletal- instead, he is a hellish figure whose design is based on the muscle car he was driving the night he died.

Robbie Reyes made his live-action Ghost Rider debut as a part of Agents of SHIELD Season 4, and is now a member of the Avengers in current comics.

9. Amadeus Cho as the Hulk

As a child, the Korean-American supergenius Amadeus Cho was named the 7th smartest man in the world.  Another genius sought to eliminate Cho, who perceived him as a rival, and so Cho had to run away from home in order to protect his family.  He eventually encountered the Hulk, a kindred spirit and fellow miserable genius.

Cho eventually helped Bruce Banner absorb excess radiation via the use of nanites, transforming Amadeus into a new Hulk who was ‘better and smarter’ than his predecessor.  Enjoying his tenure as the new “Totally Awesome Hulk,” Cho introduced a bolder, more boisterous side of this traditionally angry superhero.

Sam Wilson was chosen by Steve Rogers to be his official replacement after the former hero was aged into an old man by removal of the Super Soldier serum. Wilson had been Cap’s loyal ally, the Falcon, for countless years before that point, making him a natural choice to take up the shield.

Sam Wilson is not the first character to take over the mantle of Captain America, and several other characters took the Falcon mantle after Sam took over the shield. 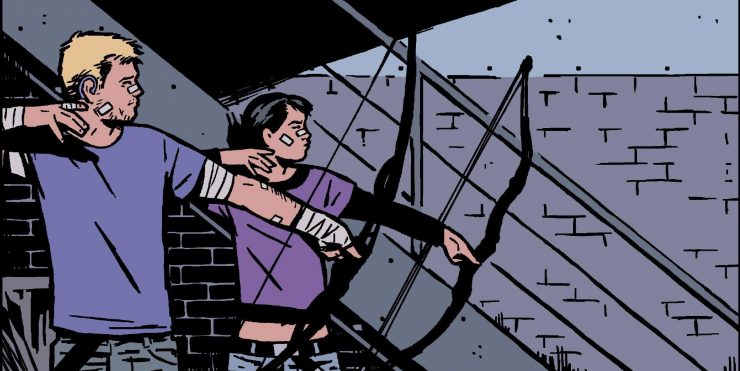 After being introduced to the Young Avengers, Kate Bishop joined the team and made her first costume out of old components from Hawkeye’s and Mockingbird’s suits.  A level-headed, tough-minded person, Kate also demonstrated expert archery skills, and Captain America eventually told the young woman to take on Clint’s codename, making her the third Hawkeye.

Along with Clint Barton, Kate Bishop has peacefully coexisted as another Hawkeye, meaning the Marvel Universe has two active Hawkeye heroes.  She views Clint as a mentor figure, but has recently become a leader in her own right, spearheading the latest revival of the West Coast Avengers team.

Jane Foster has been in the Thor comics since 1962, and was once the subject of a Marvel What If? Comic which saw her pick up the hammer in an alternate reality. In 2014, she was officially deemed worthy of Mjolnir after Thor Odinson was cast low in the Original Sin comics event, becoming a hero while simultaneously battling breast cancer.

While she was not the first person other than Thor to pick up the hammer in the 616, Jane is the person who had the strongest connection to it. She unlocked the hammer’s true potential and it could perform feats that Odinson himself had never even seen. She also sacrificed her life by throwing Mjolnir into the sun to stop the Mangog. 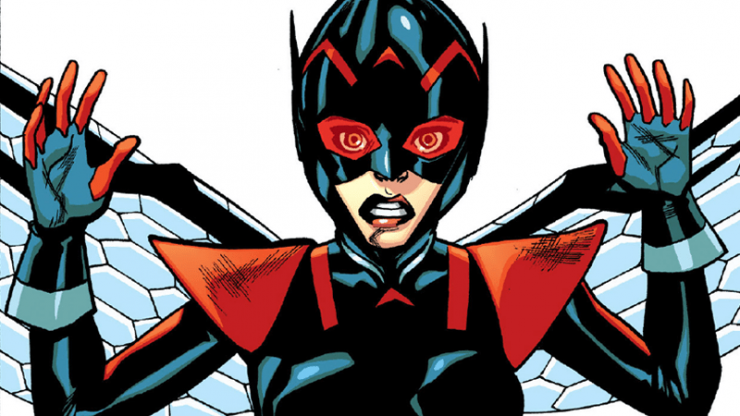 In 2016, Marvel Comics announced that scientist Hank Pym, also known as Ant-Man, had a long-lost daughter from his first wife, Maria Trovaya. The girl, named Nadia, was raised in the Red Room in Russia, and when she showed great scientific aptitude, her true heritage was revealed. She decided to study under her stepmother Janet Van Dyne in order to become a hero, and took on the surname ‘van Dyne’ to honor her stepmother.

Nadia Pym used her Wasp powers to join the Avengers and the Champions teams. Her name translates to “Hope,” which is coincidentally the name of Hank Pym’s daughter in several alternate realities, including the Marvel Cinematic Universe.

In 2005, Carol Danvers became a more and more prominent hero in Marvel stories, even appearing as “Captain Marvel” in the House of M miniseries. In 2012, Carol Danvers officially assumed the mantle of Captain Marvel, vacating her previous role as Ms. Marvel. Already a powerful character, this transition marked the next level in this character’s legacy, as she joined the main Avengers team, the Guardians of the Galaxy, and then went on to lead Alpha Flight.

Carol Danvers is not the first person apart from Mar-Vell to take on the title of Captain Marvel- actually she’s the seventh. Actress Brie Larson is playing Carol Danvers in the upcoming film, and this Captain Marvel is poised to become the most powerful character in the MCU.

Another Legacy hero created by Bendis, Miles Morales is the Spider-Man of the Ultimate Universe, Earth 1610, introduced in 2011 during the Ultimate Fallout event. Like Peter Parker, Miles has agility, strength, and speed, as well as web-shooter technology and the ability to cling to walls. Unlike Peter, however, the Ultimate Spider-Man has the ability to camouflage and strike with Venom stings and energy produced from his fingertips.

Miles has swung onto the scene in recent years as a member of the Web Warriors, the All-New All-Different Avengers, and the Champions. He has also made his way to the animated Marvel Universe, and this winter, will star in his own animated feature called Spider-Man: Into the Spider-Verse. 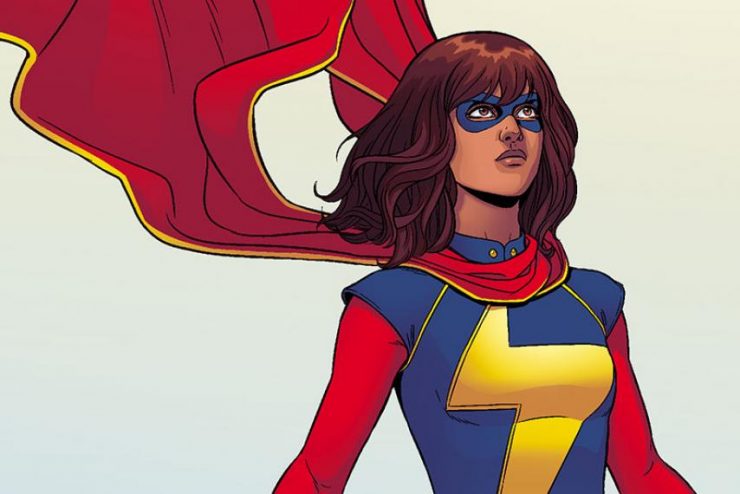 Kamala Khan had her life changed when she went from being just a teenage fangirl to having her own powers. After getting her Inhuman powers, she wanted to model herself after her own personal hero, Captain Marvel- and she shapeshifted into her! Eventually Kamala created her own identity, using her unique worldview, knowledge of heroes and villains, and her compassion to become a superhero. She took on the Ms. Marvel codename to inspire herself and honor Carol Danvers.

In 2018, Merriam-Webster added the word “embiggen” to the dictionary. The word first appeared in a 1996 episode of the Simpsons, and then it became Ms. Marvel’s catchphrase to describe her shapeshifting powers.

Once thought to be just a female clone of Wolverine, it was recently revealed in Marvel Comics that Laura Kinney is the actual flesh and blood daughter of Logan and the scientist Sarah Kinney.  As the hero X-23, Laura forged a name for herself, reclaiming herself from laboratory experimentation and creating her own identity as more than just a weapon.

When Wolverine died in 2014, Laura stepped up and became the All-New Wolverine in Marvel Comics.  She fought alongside many other notable mutants, while also leading her own search to protect her clone sisters- including Gabby, a hero now known as the Honey Badger.  Though she has reverted back to the X-23 title, Laura Kinney has had a profound impact on the heroic landscape of the Marvel Universe, and truly deserved to take on the mantle of Wolverine.  Both a powerful mutant and a reclaimed experiment, Laura Kinney takes our top spot as she embodies every aspect of Marvel’s “Legacy” heroes to the fullest extent.

Did you miss any of our previous episodes, including Top 10 Sharks in Pop Culture and Top 10 Marvel Spider-Man Suits?  You can check out the full Geek Culture Countdown podcast on iTunes. Keep an eye out for new episodes and more ways to listen coming soon.

A Mysterious Mandalorian: The Screen History of Boba Fett