Now, after I watched Avengers: Endgame last April I was thoroughly convinced that no movie would outdo it. My expectations were through the roof – what other film could possibly top Marvel’s most jam-packed superhero installment?

While I might not see a film as epic as Endgame this year, there are still plenty of movies I’m awaiting with bated breath. Below, I’ve compiled a list of my 10 most anticipated movies for 2020. Happy perusing, fellow movie fans!

Of course, this one is a given. I have a soft spot for all things Marvel, and I’ve always carried a torch for Black Widow. Natasha’s death in Endgame felt like a punch in the gut. Thankfully, that won’t be the last we see of our favorite spy.

Black Widow takes place during the interim between Captain America: Civil War and Avengers: Infinity War. We’ll take a crash course through Natasha’s checkered past. Hopefully, it’ll include some interesting tidbits regarding Natasha’s time in the Red Room facility. Regardless, I’m tickled pink we finally got our girl a solo film. 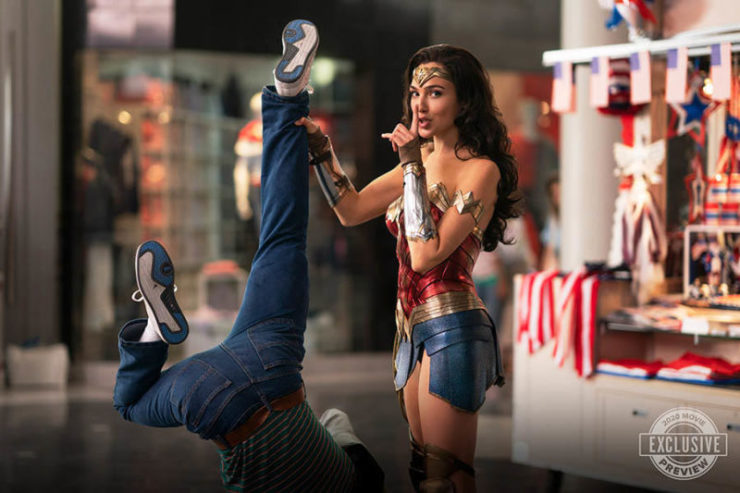 DC’s Wonder Woman is a bright spot in the comic franchise’s tapestry. Admittedly, I don’t enjoy DC films as much as Marvel’s blockbusters. However, Wonder Woman blindsided me.

Patty Jenkins’ wonderful direction coupled with stellar writing and a nuanced performance from Gal Gadot may have converted me to the dark side. Jenkins is back at the helm for Wonder Woman 1984 and I’m thrilled to see where the sequel takes us. Also: Chris Pine. Enough said. 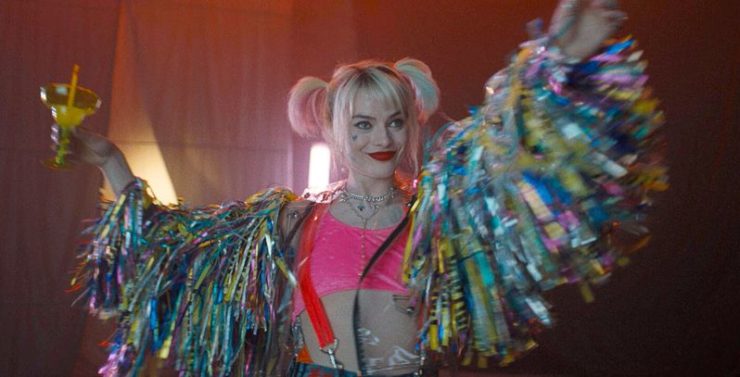 Now, I’ve loved Margot Robbie since her breakout role in The Wolf of Wall Street. Robbie is clearly an exceptional artist with immense versatility. Her next film, Birds of Prey, appears to be a raucous, glittery romp rife with superhero flair.

Perhaps DC is taking notes from Marvel i.e. James Gunn’s Guardians of the Galaxy? I hope this new direction brings about a DC renaissance of sorts. Give me boisterous escapism. Give me a superhero film that doesn’t take itself too seriously. Birds of Prey checks off the aforementioned based on the trailer alone.

Christopher Nolan is back! The critically acclaimed director and screenwriter has returned topside to bless us with a potential summer blockbuster. It’s 2010 all over again! Tenet boasts an excellent cast including Robert Pattinson, Elizabeth Debicki, John David Washington and Nolan favorite Michael Caine.

Expect international espionage, time travel, evolution, and meticulous action sequences. Expect for things to get a little convoluted. But, most of all, expect to have a good time watching this flick this summer.

Do you love meandering down Nostalgia Lane? Do you love Tom Cruise and Top Gun in general? Then Top Gun: Maverick will surely sate your appetite.

Nostalgia has almost become its own genre, especially with Netflix hits Stranger Things and GLOW. This film may not be critically lauded or land any coveted awards, but it looks like a good time. A fun popcorn flick filled with planes and Tom Cruise flying them. 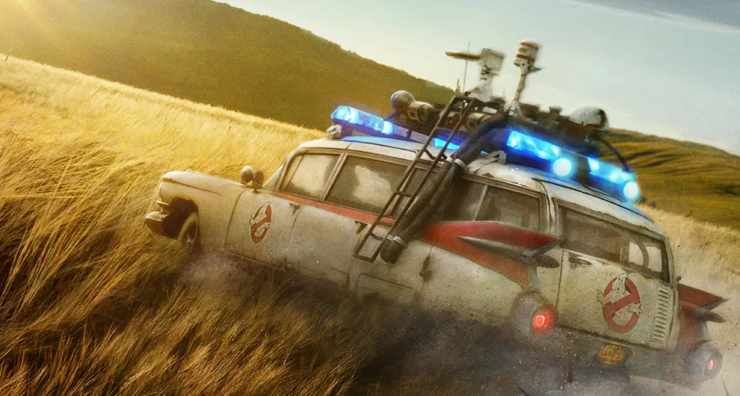 Now, it would appear that 2020 is the year of nostalgia. After the resurgence of Ghostbusters in 2016, which hit theaters with mixed reviews, Ghostbusters: Afterlife is set to premiere this summer. Paul Rudd, Finn Wolfhard, Annie Potts, and Carrie Coon round out the primary cast.

Thankfully, this film isn’t a remake or a reboot. However, the premise is tethered to the original Ghostbusters and one family’s connection to them. Typically, if Paul Rudd is in something I will watch it. While I wasn’t the biggest fan of the 2016 movie, I’m intrigued by Ghostbusters: Afterlife.

I was initially reticent to embrace the upcoming live-action Mulan, but upon viewing the trailer I’ve changed my tune. The story is more akin to the legend of Hua Mulan, extricating itself from the Disney musical. However, that doesn’t mean the film is bereft of an instrumental version of “Reflection” that makes you sob uncontrollably like a baby upon hearing it. My childhood!

Excellent! More nostalgic films await us in 2020. Bill & Ted Face the Music reunites our favorite lovable dullards Bill and Ted, played by Alex Winter and Keanu Reeves, respectively. However, this time Bill and Ted are middle-aged dads with daughters of their own.

Oh, and they also have to save the universe…again. Bogus! I harbor a soft spot for Bill & Ted’s Excellent Adventure, and this appears to be just as fun and campy as that. Summer is all about fun and camp, you know.

Now, I’m also a huge musical theater nerd. West Side Story is one of my favorite musicals of all time, and its lush music always makes me sentimental. Needless to say, the prospect of a live-action film made me tickled pink.

Steven Spielberg is also at the helm, and I’m excited to see if he’ll pay proper homage to Leonard Bernstein and Arthur Laurents’ wonderful work. Not to mention, Rita Moreno will grace the silver screen once again. Who doesn’t love Rita Moreno?

No Time to Die 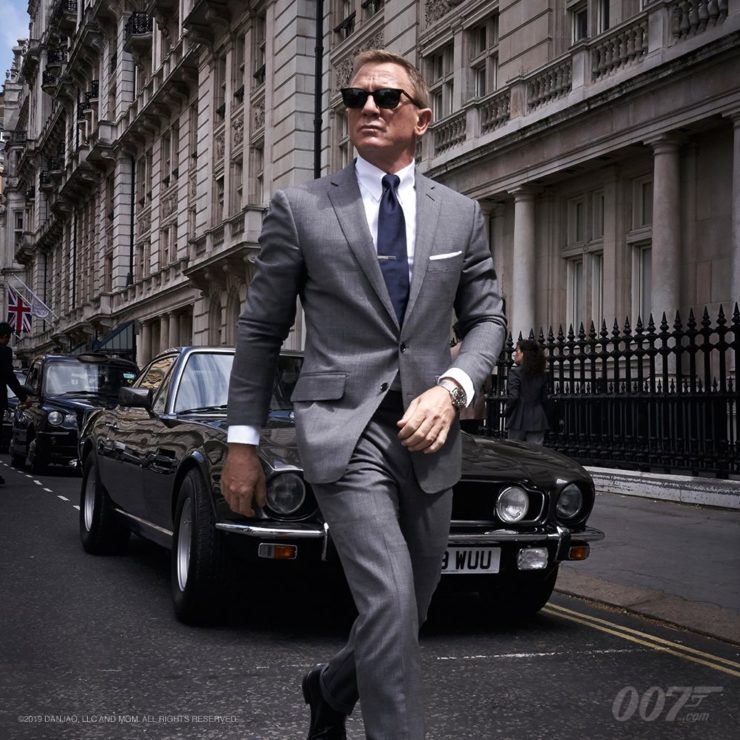 “Bond. James Bond.” No Time to Die will be Daniel Craig’s last film as the enigmatic 007. Not to mention, Phoebe Waller-Bridge contributed to the script, so you know it’s going to be brilliant. Well, I may be biased. Regardless, this is a film event you won’t want to miss.

Judging by the trailer, this next Bond installment appears to be packed with action, mystery, romantic entanglements and thrilling intrigue. Oh, and lots of suave British flair. Seriously, they could make square dancing look cool.

No Time to Die will hit theaters April 10th.

Well, that’s all I wrote! Which movies are you looking forward to? Was there a particular flick I missed? Sound off in the comments, and don’t forget to Let Your Geek Sideshow!

I was born and raised in Amish country, Ohio. I'm not Amish, even if I sometimes sport a modest bonnet. Now I write stuff about stuff - TV is my jam. Bylines: Geek Girl Authority, Culturess and inkMend on Medium.