We are making the jump to hyperspace as we take on the Top 10 Star Wars Vehicles. Will this list outpace the rest, or will we need to refuel and rethink these intergalactic transports? 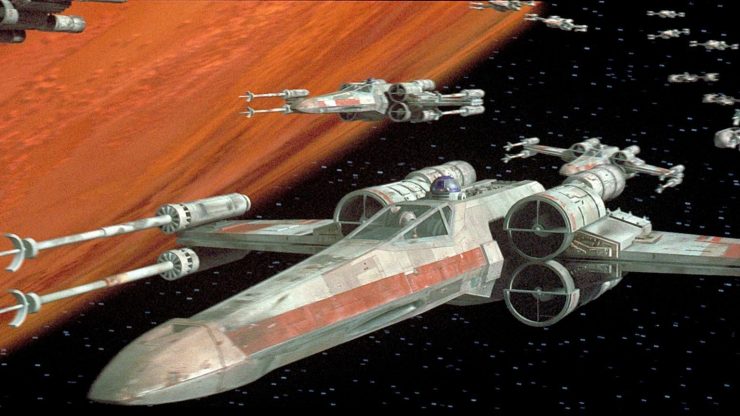 This yacht was owned by Galactic Emperor Sheev Palpatine, and came into the hands of the First Order sometime after Palpatine’s Death during the Battle of Endor. It was coated in chromium, which is a symbol of royalty in Naboo culture.

Captain Phasma’s armor and blaster rifle are coated in chromium that was salvaged from the yacht, which she wears as a symbol of power. 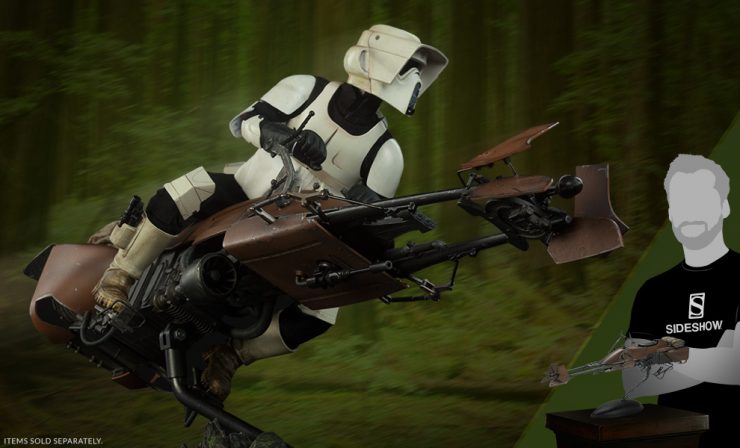 Speeder bikes are the zippy repulsorlift transports built for speed and maneuverability that were seen utilized by the empire during the Battle of Endor.  Throughout the galaxy there are both civilian and military models of these high-speed bikes, which require skill and quick reflexes in order to properly pilot.  Don’t tell that to the Ewoks, though.

The All-Terrain Armored Transports, or AT-ATs, are four legged combat walkers used most notably by the Galactic Empire, as well as the First Order. It is one of the most famous and recognizable symbols of the Empire’s military strength.

They are outfitted with powerful quad laser cannons, and are most recognizable from the attack on Echo Base. The takedown of an AT-AT has become a popular cultural reference in modern media.

An unforgettable symbol of the Imperial fleet, these sleek fighters are small and fast-paced single-pilot vehicles meant to menace the Rebellions in dogfights.  They were usually carried aboard Star Destroyers and battle stations, ready to be deployed in order to swarm any foes of the Empire.

The signature roar of a TIE fighter’s engines is one of the most well-known sounds in the Star Wars saga.  Other models in the TIE family include bombers and interceptors. 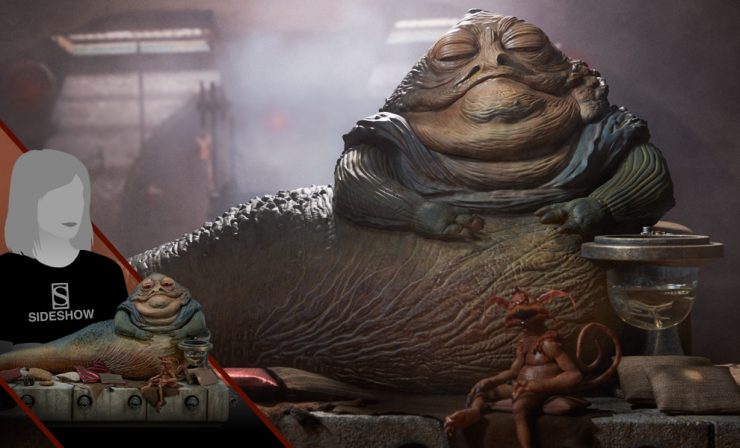 If you’ve got to travel the deserts of Tatooine, you might as well do it with style- The Khetanna is a luxury sail barge owned by the crime lord Jabba the Hutt. It was modified with blaster cannons and had luxury interior deck space as well as upper floors covered by large red sails.

The barge was taken out to the Great Pit of Carkoon, where Luke Skywalker, Chewbacca, and Han Solo were sentenced to death. The barge was exploded in the resulting battle.

This cruiser was utilized by both Bail and Leia Organa for diplomatic missions from Alderaan.  Princess Leia used it in secret to undertake assignments from the Rebel Alliance, but she was famous for mercy missions that aroused the suspicions of the Empire.

The Tantive IV was pursued by Darth Vader after it was able to intercept and acquire rebel transmissions of the Death Star plans.

These dagger-shaped ships are favorites in the fleets of the Galactic Republic, Empire, and the First Order. Especially notable examples of these are the Imperial-class and Venator-class Star Destroyers.

The first appearance of the Star Destroyer pursuing Leia’s starship is an iconic milestone in cinematic special effects history. The Star Destroyer has appeared in every Star Wars film and television series except Episode 1: The Phantom Menace.

The Ghost was the home base of a small band of Lothal rebels (as featured in the Star Wars: Rebels animated series).  The Twi’lek pilot Hera Syndulla helmed this starship, which was named for its ability to travel past Imperial sensors undetected.

The Ghost also has a cameo appearance in Rogue One flying alongside the rebel fleet.  The ship is outfitted with multiple laser cannons and the Phantom, a secondary shuttle and fully-armed starfighter.

The Slave I is a modified patrol and attack craft owned by Jango Fett before the Clone Wars, which then came into the possession of Boba Fett. The ship has laser cannons, projectile launchers, and seismic charges, among other weapons.

It is synonymous with the most dangerous bounty hunters in the galaxy, and has an easily recognizable shape. The Slave I was also used to transport Han Solo in carbonite to Jabba the Hutt on Tatooine.

Where TIE fighters are recognized for being the Empire’s military vehicle of choice, the X-Wing is a symbol of rebellion and resistance across the galaxy.  Many associated with the Rebel Alliance, these fast and strong vehicles are accompanied by astromech droid co-pilots.

The X-Wing is the vehicle that Luke Skywalker famously used to destroy the first Death Star, and the Resistance against the First Order also uses their own X-Wing fighters. 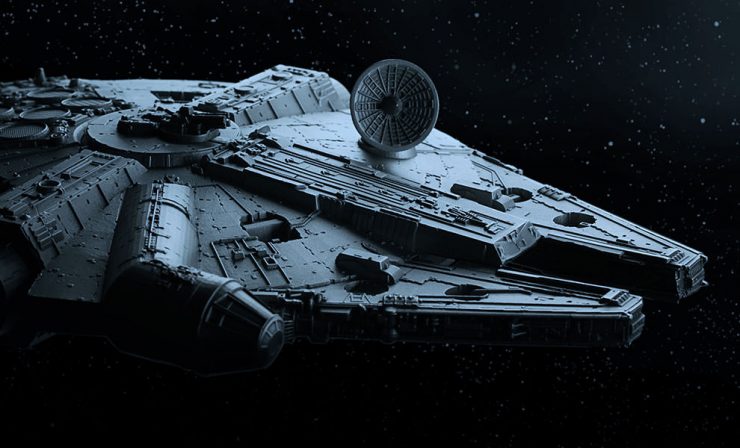 Our top choice for this list is the “fastest hunk of junk in the galaxy”. The Millennium Falcon is a Corellian light freighter mainly associated with Han Solo and Chewbacca, but also tied to Lando Calrissian and Rey. Even when falling apart, it’s known for its evasive maneuvering, impressive handling, and for being the vessel that made the Kessel run in less than twelve parsecs. It represents a home away from galactic home for many generations of Star Wars fans, able to hit hyperspace speeds and take viewers on the most daring and death-defying adventures. As of the end of The Last Jedi, it is also the hub for the surviving Resistance personnel.