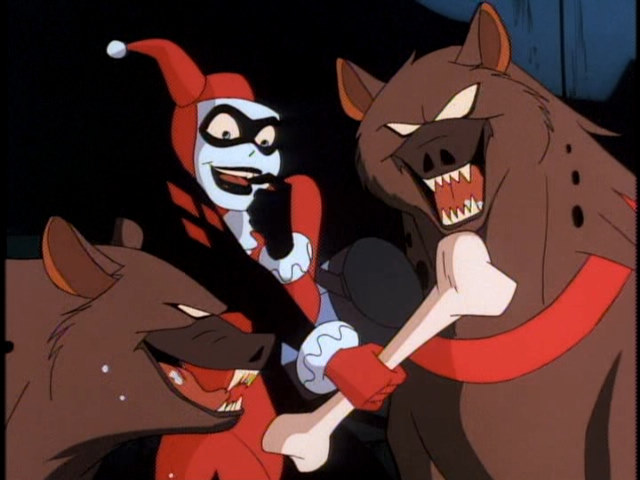 This week, we pawed and clawed our way through comics to find the Top 10 Super Hero Pets. These good boys and girls are faithful companions to our favorite comic book characters, providing aid in battle or a temporary break from the insanity of superheroics. These powerful pets truly make you think, who rescued who?

Find out which of your favorite furry super-friends made it onto our list.

Honorable Mention: The Legion of Super-Pets

Gleek is a blue Exxorian Space Monkey, and belongs to Zan and Jayna, the two Wonder Twins. He has an extraordinary prehensile tail that can grow, stretch, and constrict full-grown humans.

Gleek is incredibly agile and understands English perfectly, but he only speaks in Exxorian monkey chatter. He often carries around Zan in a bucket of water, which seems to come from nowhere.

Call him whatever name you’d like- Arrow, Lucky, Pizza Dog- just be sure to call him a good boy! A recent creation, Lucky the Pizza Dog appeared in Matt Fraction and David Aja’s Hawkeye series when he was rescued from his owners by Clint Barton. Lucky belonged to the “tracksuit mafia” and actually turned on his masters after Clint showed him kindness. The dog was then beaten and thrown into traffic by the mafia men and barely survived until the avenging archer stepped in.

The dog recovered but lost his left eye. Then, Clint renamed him from Arrow to Lucky, and he joined both Hawkeyes (Barton and Bishop) on their escapades. Lucky even had an entire acclaimed comics issue dedicated to his point of view, where it was revealed he calls himself “Pizza Dog”.

Topo is arguably the best animal sidekick ever. He is an Octopus. A hyper-intelligent and musically talented Octopus. He’s one of Aquaman’s oldest friends, and very well may be immortal in the New-52? Aquaman has the ability to communicate with all of the ocean’s life, and it seems that Topo can do the same. However, while Aquaman is able to control or command oceanic life, he can’t control Topo. Topo is too mentally resilient. Basically, nothing can stop Topo. He can only be summoned through an ancient Atlantean conch.

He can use 4 bows and arrows, he’s a one man band, and he was even featured in the recent Aquaman movie. As an octopus, he can fit his body through nearly any obstacle, change the color and texture of his skin, and more! He’s the ultimate loyal but mischievousious companion.

Some children ask for puppies for their birthday… but Gertrude Yorkes from Marvel’s Runaways got a genetically engineered dinosaur from her parents. Old Lace was specially commissioned by Dale and Stacey Yorkes in the 87th century as a gift and protector for their daughter.

The dinosaur, believed to be a Deinonychus, has a telepathic link to her owner and can mentally communicate with Gert. She was given her name after Gertrude took the alias Arsenic for herself in reference to the film. Lace has a distinctive nose ring and is quite affectionate towards the Runaways, almost like a dog. She also appears in the live-action Hulu series.

Dex-Starr is a Red Lantern. You heard that right, this pet is strong enough to be a Red Lantern all on its own. Dex-Starr has a tragic backstory. When he was just a regular cat, Dexter came from a loving home. And when a burglar broke in and killed his owners, he was thrown out onto the street by the policemen. All he wanted was to be with his owner, but instead he roamed the streets alone. When he was at his lowest point, two thugs tossed him over the Brooklyn Bridge. Luckily, a Red Lantern Power Ring flew in just in time. It replaced his heart, and he became Dex-Starr.

As a Red Lantern, his rage fuels him. He killed the thugs and vowed to kill the burglar that murdered his owners. And now, as a Red Lantern, he is Atrocitus’ pet cat (and his special attack in Injustice 2!). And as angry as they both are, they find comfort in each other. Even the angriest of Red Lanterns has room his heart for a loyal kitty.

Lockheed is Kitty Pryde’s pet dragon in Marvel Comics. This purple extraterrestrial is actually a part of an alien race called the Flock, whose societal structure was quite similar to insect hives. Among his people, Lockheed was celebrated as a hero, fighting against the Brood aliens who captured even the X-Men.

The purple dragon joined his new ally and owner as a member of the X-Men and eventually the British superhero team Excalibur. Lockheed can fly, breathe fire and smoke, understand any language, and can resist telepathic probes from powerful mutants. He even brought his dragon family to Kitty Pryde’s wedding (even though the ceremony didn’t quite go as planned…).

4. Bud and Lou the Hyenas

Bud and Lou are the pet laughing hyenas of Harley Quinn. These two loyal hyenas have been featured in nearly every series with Harley, from Batman: The Animated Series to the video game Injustice 2. The laughing pair were named after the famous comedic duo Bud Abbot and Lou Costello, and in the Krypto the Superdog series, they live up to their names. The two hyenas are quite clever, both of them having personalities similar to Abbot and Costello.

These hyenas are so loyal that they help Harley Quinn fight in battle, they protect her from The Joker, and they love causing trouble for the other superpets. They even have their own giggle bubbles that work like a pet version of Joker toxin!

Ace the Bat-Hound’s creation was inspired by the success of another super-canine comic character, and both dogs debuted in DC Comics the same year- 1955. Also taking cues from famous German Shephards like Rin Tin Tin and Ace the Wonder Dog, the Bat-Hound joined Batman and Robin on adventures after Bruce Wayne found the lost dog and placed flyers around searching for his owner.

Lockjaw is the impossibly large canine companion to the Inhuman’s royal family. He was subjected to the process of terregenesis in the womb, actually making him an Inhuman as well! Lockjaw has the ability to teleport and track scents at any distance. In fact, Lockjaw can teleport and track from other dimensions! He can teleport other people along with him and carry an extraordinary amount of weight along the way. He has teleported foes to the Negative Zone, in another dimension, and most frequently, he teleports the Inhumans back and forth between the Earth and their base on the Moon.

When it comes to super hero pets, DC’s Krypto can very well be considered Superman’s Best Friend. Krypto the Superdog is a white Kryptonian dog of no specified breed, though Krypton’s parallel evolution quite closely resembles that of Earth. He was Kal-El’s childhood companion, but during the destruction of Krypton his pod was knocked off course and eventually landed on Earth, reuniting with his teenaged master Superboy.

Due to Earth’s yellow sun, this alien dog has the same powers as an adult Kryptonian, just proportional in strength to a dog’s- these powers include super senses of smell and hearing, strength, flight, and occasionally super-canine intelligence. He even featured in his own self-titled animated series in 2005, and made a recent outing in the season finale of DC Universe’s Titans, and will make an appearance in Season 2.

So, did this list have you wagging your tail? Or do we need to get out the squirt bottle and train it better? Let Your Geek Sideshow and let us know in the comments!

Marvel Announces Marvel Realm of Champions, New Trailer for The Flash, and more!

Elegant Weapons for a More Civilized Age: The Most Iconic Lightsabers in the Star Wars Universe