Earpers, this article’s for you! Wynonna Earp is a bastion of memorable scenes and profound moments. Our favorite gunslinger and her merry band of misfits bring overwhelming joy to all those who witness their antics.

It’s unsurprising that Wynonna Earp has been elevated to cult status prior to its end. That it has amassed a legion of loyal followers the world over. From creator Emily Andras‘s continuously unwavering support of the fandom to the show’s witty one-liners and nuanced performances, Wynonna Earp is a series like no other.

Below, I’ve created a list of my personal favorite moments in Wynonna Earp. Consider this my highlight reel. None of them are in a particular order. Frankly, this was difficult to curate, but someone had to do it, right?

After organically cultivating the tension between the pair, the series popped the relationship cherry by having them further explore their mutual feelings. Waverly discovers that she’s actually bisexual and she embarks on her first relationship with a woman. It’s truly wonderful to watch her evolvement as a character. This dynamic duo has easily become one of the best couples of all time. No hyperbole.

Losing Dolls (Shamier Anderson) was not only a massive blow to the Wynonna Earp community but our titular character Wynonna (Melanie Scrofano) as well. Their relationship was complex — romantic feelings blossomed between the two. However, they remained tight-knit friends until the very end.

Dolls sacrificed his life to save those closest to him, Wynonna included. Her grief after the tragedy is palpable. She moves through a myriad of stages amid the grief process. Denial, depression, anger, bargaining, and acceptance. It’s a realistic depiction of how we grieve. Not to mention, altogether heartbreaking and touching, with a stellar performance by Scrofano. 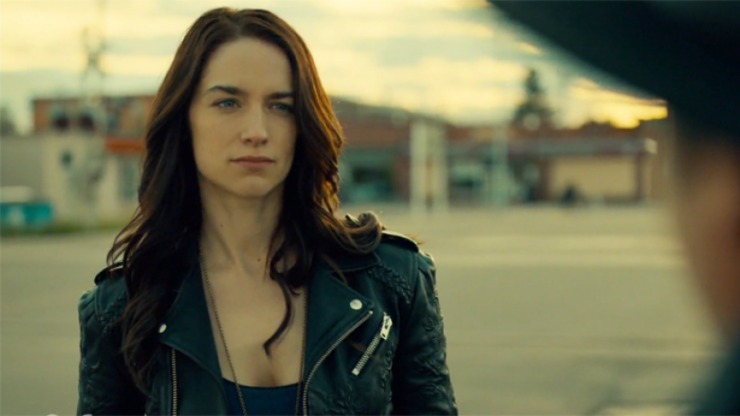 Ah, the birth of WynDoc. Even from the pilot episode, I had a sneaking suspicion that it was only a matter of time before these two became an item. Like WayHaught’s primary smooch, WynDoc’s first kiss was as steamy as it was romantic. But mostly the former.

While a “friends with benefits” situation initially transpired for Wynonna and Doc (Tim Rozon), their casual fling inevitably morphed into something more. They even had a child together. Doc’s willingness to be “all in” for Wynonna and their daughter was a poignant moment of development for the famous cowboy.

Waverly Discovering that Charlie is Actually Julian, Her Father

In season 3, we learned that Waverly’s father was an angel. From the beginning of Wynonna Earp, there were hints that Waverly wasn’t Wynonna’s full-blooded sister. With the return of Mama Earp (Megan Follows) came the story of how Waverly came to be. Her mother had a tryst with an angel named Julian.

Later, it was revealed that a firefighter called Charlie (Sebastian Pigott) was really Julian, just sans memories. Oh, and Wynonna had a fun little tryst with him. So, Waverly’s sister did the horizontal tango with her father. Just a normal day in Purgatory. But this discovery played a pivotal role in Waverly’s own journey.

Wynonna and Doc’s Shoot Off in the Season 2 Finale

This scene in “I Hope You Dance” was so well done. Wynonna and Doc pretended to despise each other so they could destroy the villainous Widow sisters in tandem. Since both are very adept gunslingers, they each shot a bullet at the other. Both bullets collided, dividing the Widow-killing bullet in two so each half could burrow itself into the sisters.

The moment was perfectly executed and done in slow motion. Like some Matrix-style stuff. Waverly and Nicole were left in the dark regarding WynDoc’s unspoken plan, so to them, it appeared as if the pair really intended to shoot each other.

Earpers, you know I had to include the stair sex in my highlight reel. After Nicole spent 18 months, three weeks, and four days waiting for Waverly to return, their reunion was just as electrifying as one would expect. It culminated in some staircase coitus. Lots of steamy shots.

Regardless of your leanings, this scene is a powerful display of love. Raw, visceral, genuine love. Not to mention, it’s such a rarity to see this type of scene showcasing the LGBTQIA+ community on TV. Kudos to the Wynonna Earp team for the amplified representation.

Wynonna Learning that Eve is Really Her Once Dead Sister, Willa

It’s not easy when you discover that your older sister never died, she just joined a cult in the woods. When Wynonna and Dolls rescued a slew of girls from a shady forest cult, our heroine took a shining to Eve (Natalie Krill). However, Eve actually turned out to be Willa, Wynonna’s long-lost older sister.

We were under the impression that Willa perished the night Wynonna’s father was murdered by the Revenants. Not so! In fact, Bobo Del Rey (Michael Eklund) ensured her safety over the years. This proved to have a massive impact on the Earp family and the dynamic between Wynonna and Waverly. 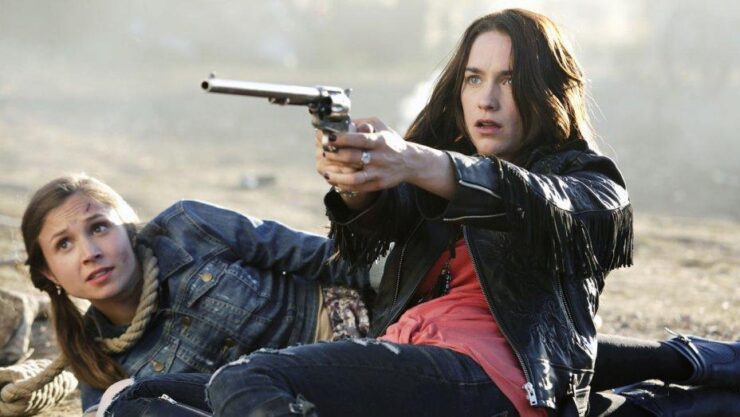 “I’m here and I stay, and I love them back and I never, never give up on them.” This line became a rallying cry for Earpers worldwide. For those struggling under the weight of mental health issues. Waverly’s delivery during this scene never fails to make me weep.

Even though the demon Jolene tried to dim Waverly’s light, even though she attempted to wipe Waverly from existence, our half-angel rose above the fray. She soared above the venomous noise. It’s a stark reminder that we’re significant. We’re important. Our journey on this planet is necessary.

This season 4 moment is a vital part of not only the WayHaught story but Wynonna Earp as a whole. Nicole and Waverly both tried to propose to each other simultaneously. However, Waverly ultimately carried out the proposal.

It was a heartwarming, tender highlight for the Earper fandom, despite the undercurrent of melancholy emanating from Wynonna and Doc’s strained relationship. Our two favorite lovebirds are getting married! Love wins!

Waverly Getting Dragged into the Garden

In “War Paint,” the season 3 finale, Waverly was dragged into the Garden of Paradise, an elusive realm that nobody knew much about. Only those who were “pure of heart” could step over its threshold. Doc was able to get through, so he jumped in to save Waverly. Wynonna was left alone as the door to the Garden vanished.

Jill Andrews‘ acoustic version of “Tell That Devil,” the Wynonna Earp theme song, gave this scene a certain heft. It helped elevate the dramatic, gut-wrenching vibe. Overall, “War Paint” ended on quite the cliffhanger. The season 4 premiere came about almost two years later, making it a tantalizing season-ending for fans.

What are your favorite moments from Wynonna Earp? Let Your Geek Sideshow and let us know in the comments below!