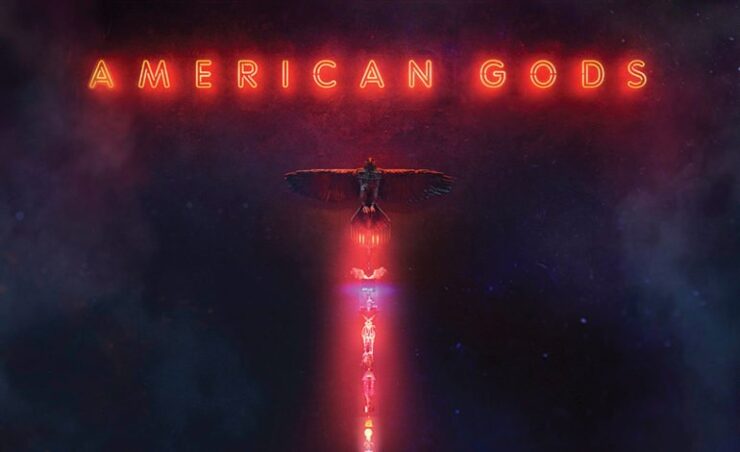 For Neil Gaiman fans, the recent adaptations of his work have been plentiful and extraordinary, from Amazon Prime’s 2019 television miniseries Good Omens, the West End theater performance of The Ocean At The End Of The Lane, and the yet-to-be-released Sandman show on Netflix. But one adaptation remains a hidden gem in the page-to-screen Gaiman-verse, and that’s American Gods.

American Gods premiered on April 30, 2017. Starring Ricky Whittle, the show follows Shadow Moon while he navigates the death of his wife Laura Moon (Emily Browning), his release from prison, and the exploits of Mr. Wednesday (Ian McShane) as he rallies the Old Gods against the New Gods. It’s fantasy mixed with action, romance, and a few other genre-bending twists.

The show opened to a critically acclaimed first season, simmered a bit with its second, and finished strong, though prematurely, with a third and final season. While there are rumors of American Gods surviving the cancellation, the best we can do right now is hope. Pray. Believe. And take a look at the five best episodes of its 26-episode run below.

House On The Rock 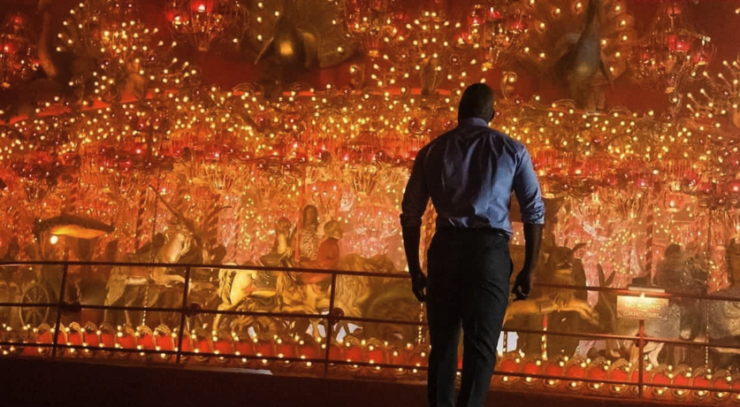 A real-life location in Wisconsin, the House On The Rock is a tourist attraction full of strange trinkets, assorted exotic collections, and the largest carousel in the world. The TV episode House On The Rock is the first episode of the second season, which premiered on March 10, 2019. It deals with the fallout of an emotional confrontation and physical skirmish between Wednesday, Ostara, Media, and Mr. World before the Old Gods convene in Wisconsin on that aforementioned famous carousel.

This is a gorgeous season opener. It doesn’t waste time summarizing Season 1, it pushes the pace of the plot without rushing it, and the SFX on both the carousel and the ‘behind-the-scenes’ (AKA the world inside the gods’ realms) magic is extraordinary. House On The Rock also gets a place on this list because after a slower anthology season, it really did a great job trying to get the story back to the novel’s tighter timeline.

Also, if you watched this episode and didn’t immediately think about hopping on a plane to ride that carousel, you’re just lying to yourself.

The Rapture Of Burning 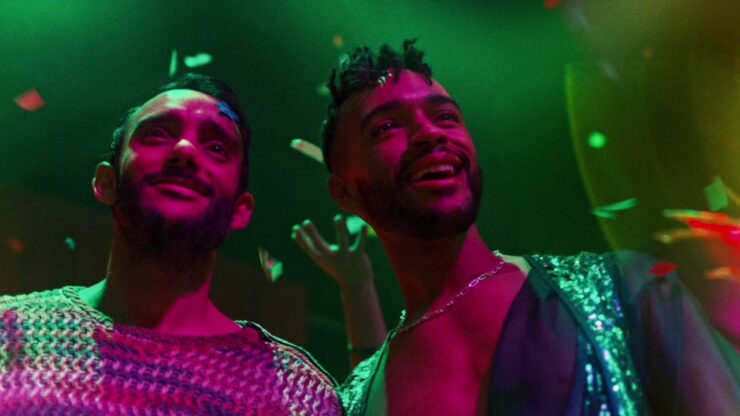 American Gods is often characterized as a road-trip show, but it only spent road-trip time with Shadow and Wednesday. The Rapture Of Burning allowed us time with two minor characters, Salim (Omid Abtahi) and Laura on their journey toward self-discovery. Haunted by past relationships, they settle in the safe haven that is the Peacock Inn. While Laura bargains with a leprechaun named Liam Doyle (Iwan Rheon), Salim finds further acceptance with his sexuality.

The episode is thematically resonant as it asks the characters to accept and move past their fears, and the cinematography is, as always, spectacular. The Rapture Of Burning additionally gives American Gods some much-needed redemption from its missteps using gay slurs in the second season.

Honestly, if you’re interested in a queer-identity story with some fantasy on the side, this episode could almost be watched as a standalone, and it’s a major recommendation for anyone looking to get into this show. It also has a standout scene between Technical Boy (Bruce Langley) and Bilquis (Yetide Badaki) that’s equal parts comedy and soul searching.

Tears Of The Wrath-Bearing Tree 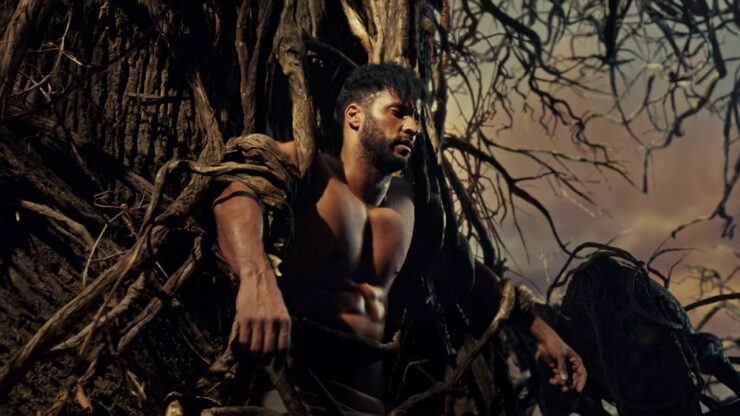 What. A. Finale. Tears Of The Wrath-Bearing Tree brought Shadow’s epic saga to an unfortunate and heartbreaking close. After a tense season in the shady town of Lakeside, a bad breakup, and the recent discovery of the scope of his powers, Shadow Moon was ready for greatness. But way back in Season 1, he promised to hold Wednesday’s vigil in the event of his death.

Well, Wednesday dies, and Shadow is put on the World Tree to hang nine nights and nine days. The show ends with Shadow figuring out Wednesday has been manipulating him the entire time, and then Shadow succumbs to the darkness and dies.

Book fans have the guiding light of Shadow’s continued story to keep them going. The rest of the fans are left with this bitter taste. Still, the episode was incredible, from the acting to the special effects to the way it tied most of rest of the characters’ stories up neatly—or set them up for something amazing, in the case of Technical Boy.

A Prayer For Mad Sweeney

A Prayer For Mad Sweeney splits its time between a B-Plot with  Sweeney and Laura Moon and a ‘Coming to America’ story about the Irish thief Essie MacGowen. This episode also expertly weaves in a bit of Mad Sweeney’s history while also hinting at his role in Laura’s death.

This episode is particularly creative and compelling because Essie is played by Emily Browning, the same actress who plays Laura Moon. Such a choice was made to highlight Sweeney’s ties to the humans who brought him to America, and his increasing humanity/morality as it relates to the murder of Laura Moon. His guilt and good heart collide in tragic ways.

Of the anthologies from Season 1, it’s the best, and the treated with the most care. Whereas most of the ‘Coming to America’ stories are used to introduce other themes or are simply interesting asides, this one was a major piece of American Gods as a whole, and rightfully so. 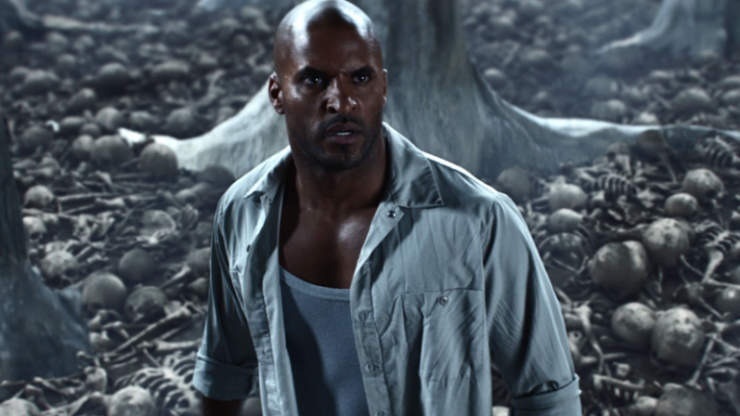 The Bone Orchard is, without exaggeration, one of the most impressive television pilots ever made. Unexpectedly, the show opened not with its protagonist, but with a narrated account (thank you, Demore Barnes) of a Viking exploit to the Americas. For book fans, the nod to Odin was immediate. For other audience members, it was a thrilling, violent saga of a voyage gone wrong.

After we leave the bloody tale, we meet Shadow Moon. A Black man in prison, he is seen as a threat and target alike, but has an ally in the smooth-talking Low Key Lyesmith (Jonathan Tucker). Shadow is anticipating the end of his sentence. He is optimistic, practicing coin tricks and dreaming of his beautiful wife. He also dreams of a giant, flame-eyed buffalo and an orchard of bones, and he wakes the next morning to learn Laura Moon has died.

What follows is a masterful unfolding of mystery and planting of seeds for an entire season. On Shadow’s road trip/exploration of faith, we meet Wednesday and Mad Sweeney (Pablo Schrieber). When we pull away from Shadow’s story, we meet the goddess Bilquis, played by the effervescent Yetide Badaki.

Bilquis’ introduction is shocking. It tells the viewer, if you aren’t ready for this, you aren’t ready for American Gods. It sets up the anthology-type season, the sexual tones that the opening set for the violence, and also shows a crucial update to Gaiman’s original novel: a promise that we will absolutely be spending more time with the women than we did before.

The Bone Orchard ends with a horrific scene that leaves audiences on the edge of their seats and desperate for answers. For more American Gods. And that’s really what we’re all asking for now, too.

Do you have a favorite episode of American Gods? Did it make this list? Let us know in the comments, and don’t forget to Let Your Geek Sideshow!