The Crow (1994), adapted from a comic book of the same title, is a cult-classic film, and deservedly so. It centers around a young rock star named Eric Draven (Brandon Lee) who is brutally murdered alongside his fiancé Shelly Webster (Sofia Shinas) on October 30th, or Devil’s Night. A year later, Eric rises from the dead to exact revenge on the the criminals who destroyed his happiness.

At face value, this seems like any other horror/thriller/action film, but The Crow is achingly romantic and mixes gory violence with a heart-wrenching emotional saga. This is achieved so expertly by brilliant acting and a gorgeous screenplay, the latter of which we will be diving into at depth below.

So let’s “fire it up” and break down the 5 best quotes from The Crow! 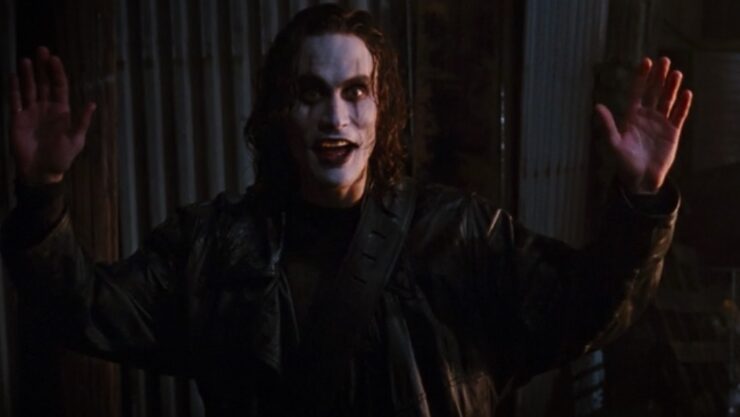 Eric doesn’t expect his vigilante justice to go unnoticed, but his undead status gives him a great deal of confidence considering he can’t be killed until his purpose is fulfilled. He starts his search with a literal bang, blowing up the pawn shop where his fiancée’s engagement ring was pawned—after retrieving the ring, of course.

While walking casually away from the explosion he encounters Sgt. Albrecht (Ernie Hudson), who points a gun at him and tells him not to move. Eric’s cheeky response is to question why he wasn’t told to freeze, and he and Albrecht have a fun—albeit tense for the Sergeant—exchange before Eric disappears into the shadows. 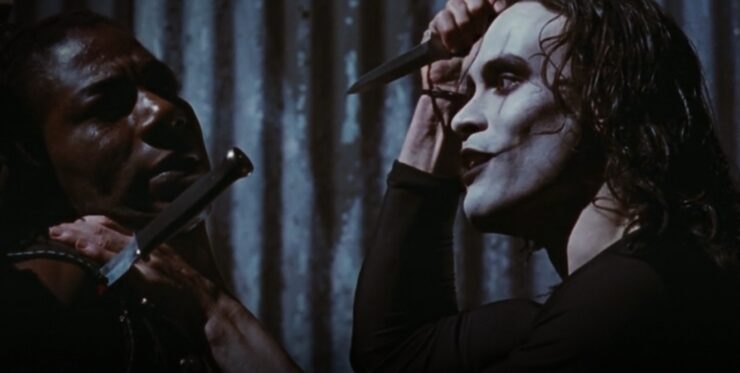 Although the circumstances surrounding his return are far from cheerful, Eric takes great joy in hurting the people who hurt him and Shelly. When attacked, he’s amused, at least in regards to his smaller battles where his wounds heal instantaneously. His first scuffle with Tin Tin (Laurence Mason) is just that. The avenging Crow toys with the gangster, leaning into the clownish makeup and immunity that go on to create his ghastly, ghostly reputation.

While “Victims, aren’t we all?” reads as almost a profound, introspective question, it’s said with so much malice and cruelty that it cannot be considered such. Eric is mocking Tin Tin’s inability to remember his countless murders and crimes, and turning that flippant energy back along with the twisted irony of killing Tin Tin with his own knives. The words and the scene they are in are only one example of the layers of both physical and psychological horror found rampant in The Crow. 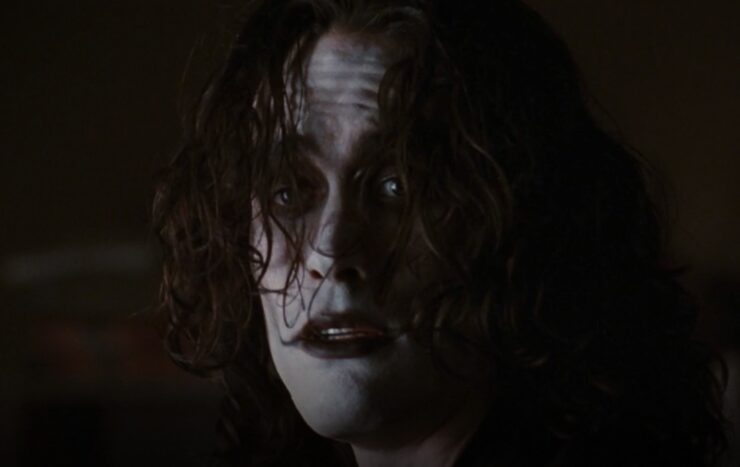 This quote is spoken during an interlude scene of sorts, a breath and a pause for Eric before his next fight. We also see him gain an ally in his scene partner, Albrecht. Where their previous interactions were fraught with fright, they take time together in the Sergeant’s house to learn more about each other as people rather than simply police officer and phantom.

Eric and Albrecht discuss Shelly’s last moments, bringing Eric both closure and righteous anger. Reminiscing about both their lost loves, they bond in another important and emotionally resonant moment for our protagonist.

As The Crow goes to leave, Albrecht, likely overwhelmed by the honesty and intimacy of their talk, cracks another joke about Eric vanishing into thin air. Eric turns his head, sadly and softly replying, “I thought I’d use your front door.” The line is delivered with so much raw heartbreak, conviction, and self-awareness that it cuts deep to the viewer’s core, no matter if it’s your first watch or your annual Devil’s Night tradition. 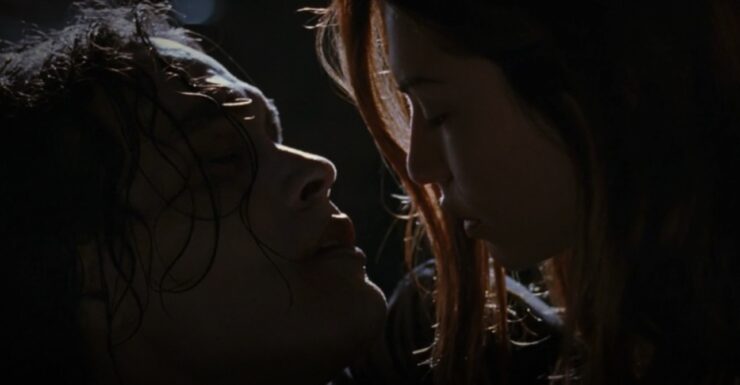 This film opens and closes with monologues from Sarah (Rochelle Davis), the youngest character in The Crow who has the strongest connection to both the supernatural/magical world and to Eric. She is the innocence and inspiration in a dark, suffocating city, and her fate is tied almost directly to Eric’s success. His actions impact Sarah’s mother, Sarah’s home, and, when she’s taken hostage by Top Dollar (Michael Wincott), Sarah’s life.

Clearly, then, Sarah is given some of the most important dialogue in the movie. The quote above is only an excerpt; the full narration reads “If the people we love are stolen from us, the way to have them live on is to never stop loving them. Buildings burn, people die, but real love is forever.”

The excerpt is the last thing spoken in the entire movie and is also one of the most iconic lines. Discussing grief, peace, and mourning, it beautifully reminds us that the theme of The Crow is not vengeance, but rather everlasting love. 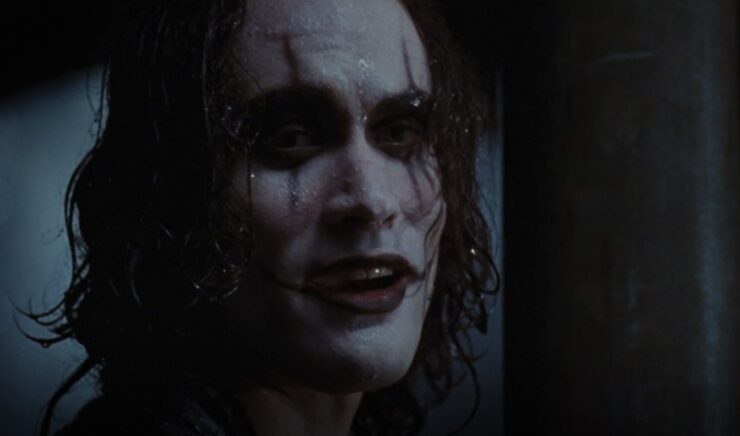 Perhaps the most famous quote from this film, “It can’t rain all the time,” is essentially Eric Draven’s catchphrase. The words are lyrics from his band’s song, and it is this sentence that he uses to reveal his identity to Sarah after he’s brought back to life. Instantly recognizable, it is also a quote full of the same hope and inspiration we see in all of The Crow.

Eric’s life is full of tragedy. His city is full of ruin, the people are either scared or doing the scaring, and it’s a cutthroat place to be. There are constant downpours. The entire film set is constantly draped in darkness, with the only light coming from fluorescent bulbs or gasoline-induced flames. One scene even takes place at the docks, where the storm adds more depth to murky waters for a sky-to-ground visual motif.

Yet Eric keeps a smile on his face. He comforts Sarah, and he uses his newfound life-after-death to make a change rather than wallowing in the expected misery. His flashbacks to Shelly, though, when he’s not reliving their murder, are of beauty and the softest of loves. “It can’t rain all the time” is a message of optimism for all those on and off screen that life will get better.

What’s your favorite quote from The Crow film? Let us know in the comments, and don’t forget to Let Your Geek Sideshow!