Tusken Raiders in The Mandalorian 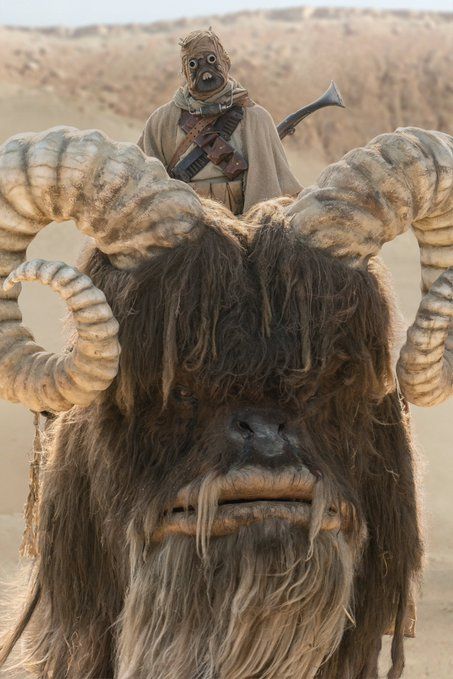 Disney+ released new photos of The Mandalorian through Entertainment Weekly. One of the photos shows a Tusken Raider riding on a gigantic Bantha, a beast from Tatooine used to travel the sandy deserts. The Mandalorian will premiere on Disney+ on October 30th.

In Entertainment Weekly‘s release, Giancarlo Esposito shared a bit more about his Moff Gideon. He said that there will be “an iconic battle” with the Mando. He also said, “You may think I’m a villain, but I’m trying to harness some energy and some powers for a path that could be best for all.”

First Look at Wheel of Time

“You want stories?" Thom Merrilin declaimed. "I have stories, and I will give them to you. I will make them come alive before your eyes.” ​#WOTonPrime pic.twitter.com/f0wlr3t7Sf

Amazon released their first video from their upcoming Wheel of Time series. The video shows a textual description of Emond’s Field’s Winespring Inn in the pages of The Eye of the World, the first novel in the fantasy series that inspired the show. The camera then pans up to reveal an inn matching the description. 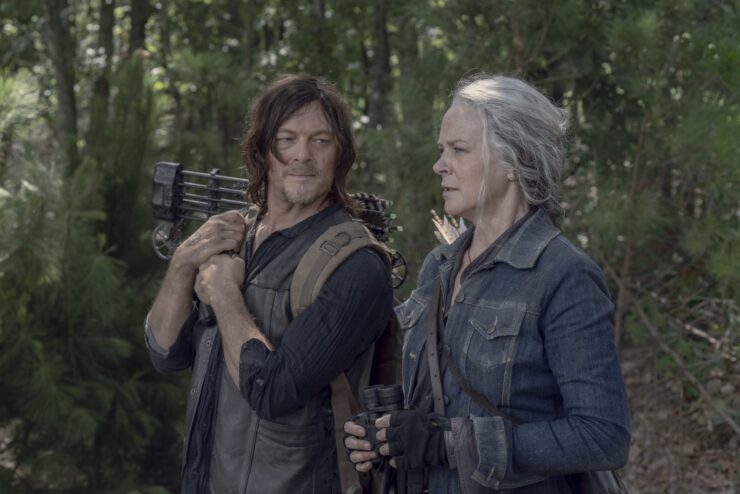