With over 20 blockbuster movies in its catalogue, Marvel Studios continues to crank out high-quality flicks that keep audiences craving more. Now that Phase 3 of the Marvel Cinematic Universe has come to an end with Spider-Man: Far from Home, where should Marvel look next for inspiration?

With decades worth of comic book characters to choose from, it’s clear that the action-packed superhero adventures will continue for a long time. So, which characters from the pages of Marvel’s extensive comics library should be the next to have their adventures play out on the big screen? Here are our picks: 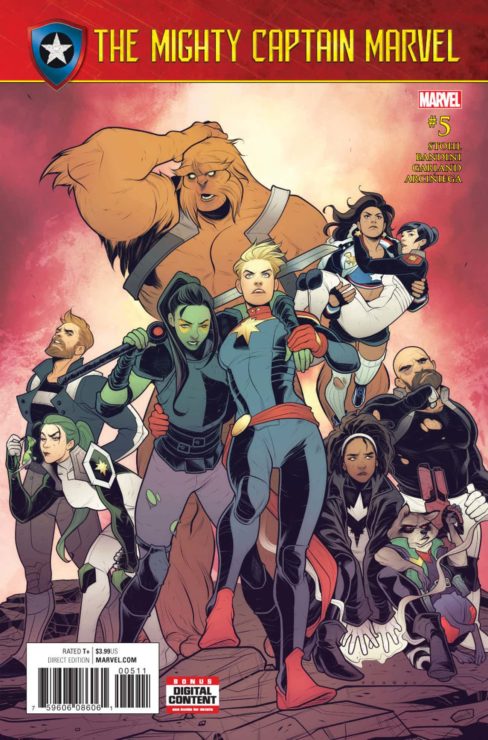 Alpha Flight is something like a cross between the Avengers, the X-Men, and the Guardians of the Galaxy. Originally established as a Canadian superhero team, Alpha Flight was recently reimagined to be Earth’s first line of defense against cosmic invaders. Drawing its members from the realms of heroes, mutants, and cosmic champions, this group has a lot to offer eager audiences.

Now that Captain Marvel is a member of Alpha Flight and has even served as the group’s leader in her own comic series, it only seems natural to highlight the team in upcoming cinematic adventures. Captain Marvel has already made a lasting impression in the Marvel Cinematic Universe (MCU), and there’s no doubt that Alpha Flight would do the same. 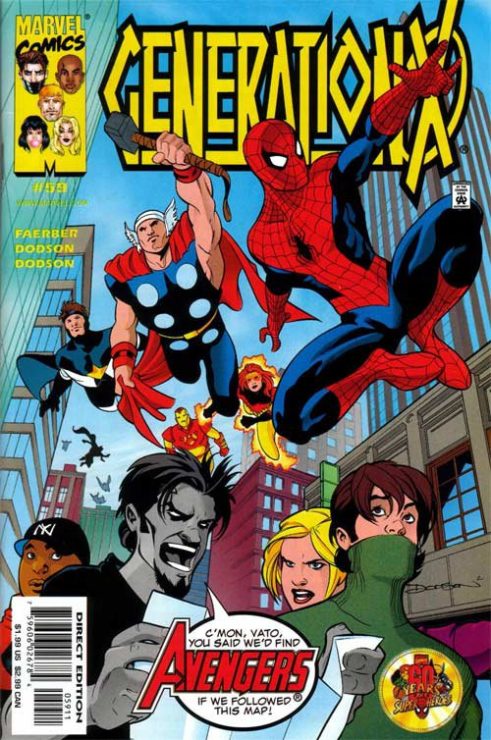 Marvel made an honest but flawed attempt to bring this group to life in the ‘90s with a made-for-TV movie. But with a limited budget and sub-par special effects, the movie—and the young group of damaged and misunderstood mutants that the film followed—never really took off. Created at a time when comic book content was still seen as something strictly for kids, the Generation X movie featured over-the-top acting and a plot pulled straight from Saturday morning cartoons.

Along with a healthy dose of teen cynicism, what the movie did well was explore the angst of being a teenager in America with a multicultural cast of characters. The issues and attitudes are different today, but there’s still angst aplenty to explore in the modern American landscape. Just as many of the Marvel movies like Black Panther and Captain Marvel have addressed contemporary issues, a Generation X movie provides an excellent chance to do the same from a new, mutated perspective. With Marvel’s recent reboot of the comic book series in 2017, there’s a lot of fresh material to draw from. 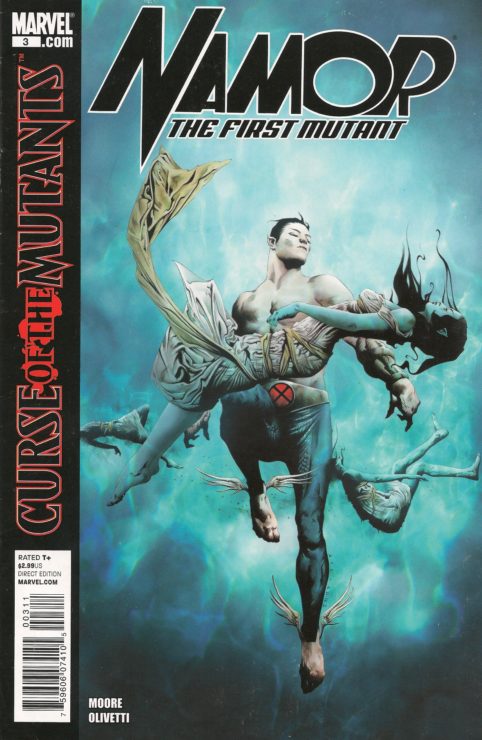 As Marvel’s first mutant, Namor is long overdue for his movie debut. Now that Disney has acquired 21st Century Fox, Marvel Studios has the opportunity to reintroduce its own version of the Fantastic Four and their extensive cast of characters to the world. Because Namor and his relationship with Sue Richards have been core elements of the Fantastic Four’s story for ages, it only stands to reason that Namor’s time in the spotlight is fast approaching.

Fox also held the keys to the X-Men franchise and, being a mutant in his own right, Namor also has ties to everyone’s favorite team of uncanny mutants. After DC’s Aquaman splashed down in theaters earlier this year to largely positive reviews, Marvel must be champing at the bit to show the world what its own underwater ruler of Atlantis can do. 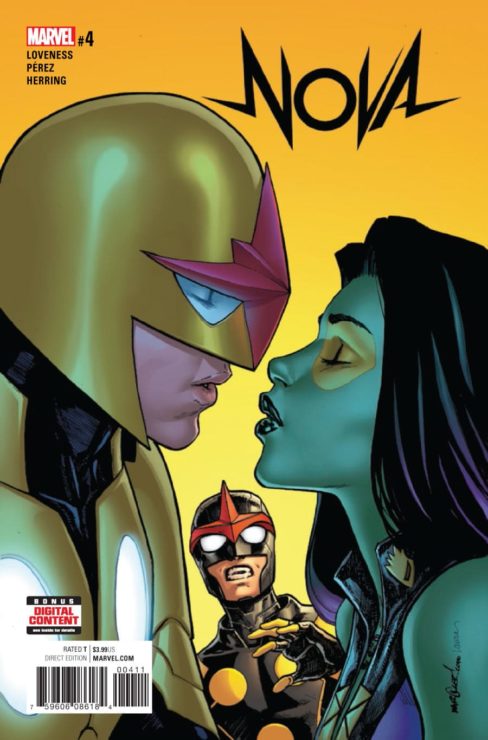 The first Guardians of the Galaxy film gave us a glimpse of the Nova Corps, but we have yet to see the earthling Nova Corps members Richard Rider and Sam Alexander in action.

The Nova Corps has been established in the MCU as a powerful force for good in the universe, and a movie version of Nova would dovetail nicely with Marvel’s ever-expanding array of cosmic heroes. As Marvel continues to push its characters into unknown regions of the universe, it’s only a matter of time before Nova shows up to take on galactic threats. 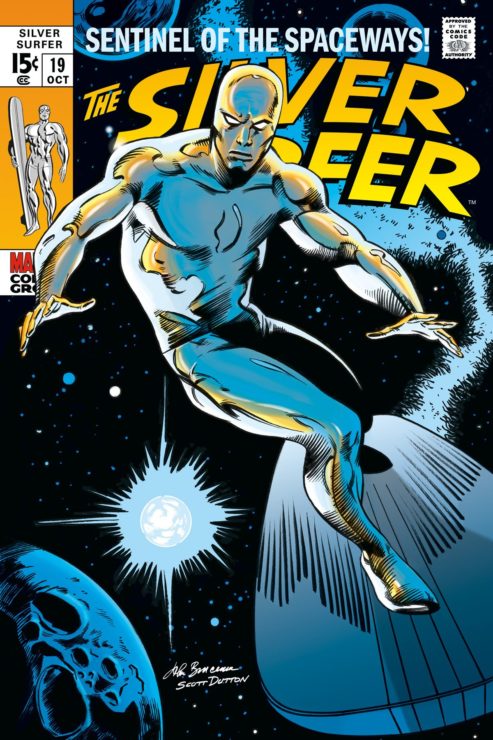 Stan Lee, the character’s co-creator, once described the Silver Surfer as being, “a philosophical observer of the world and the universe.” Apart from finally giving audiences a version of Galactus that is true to the comics, a Silver Surfer movie could offer a different and more philosophical spin on the cosmic side of the MCU. 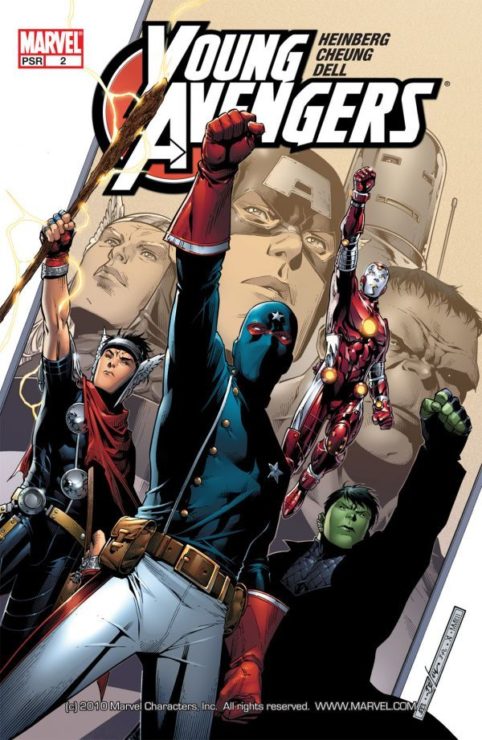 Even audience members who didn’t grow up reading comic books are now familiar with the Avengers, and anyone who has seen Avengers: Endgame knows that it will soon be time to insert some new characters into the MCU. There’s no better way to keep the Avengers ball rolling than by bringing the Young Avengers into the fold.

Introducing this team of young heroes gives Marvel the chance to put a fresh spin on familiar characters. The original comic series was praised for the way it handled themes related to its inclusion of gay characters, something that would undoubtedly carry over into the movie—along with the high-intensity action, laughs, and thrills that Marvel movies have become known for delivering.

Do you have a favorite character that we have yet to see on the big screen? Which hero do you think Marvel should introduce to the masses next? Let us know in the comments below.

The True Comic Book History of Professor X and Legion