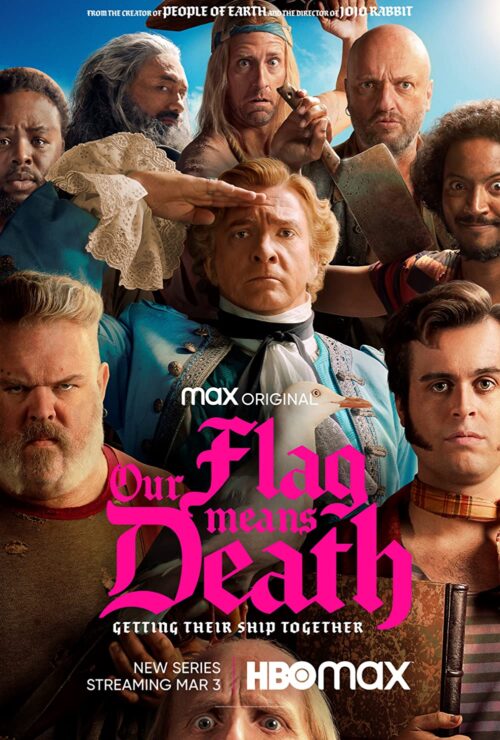 David Jenkins’ Our Flag Means Death follows the Gentleman Pirate Stede Bonnet as he abandons a life of privilege to captain a pirate crew. While Our Flag Means Death is set in the 18th century, its cast, jokes, and style are decidedly modern. It’s refreshingly diverse as well as unashamedly happy. Bursting with bright colors and even brighter smiles, this show has truly taken audiences by storm.

So, like us, you probably have an Our Flag Means Death-shaped hole in your heart right now because the HBO Max original romantic comedy series recently aired its season finale — sans a renewal announcement. But our fingers are crossed.

Still, we need something to watch in the meantime (after we’ve done our third Our Flag Means Death rewatch). If you find yourself in the same boat (pun intended), we’re breaking down our recs right here! Each section includes careful attention to the similarities and differences between these pieces of media and Our Flag Means Death. Read our list below, and see if you happen upon your next favorite show or film. 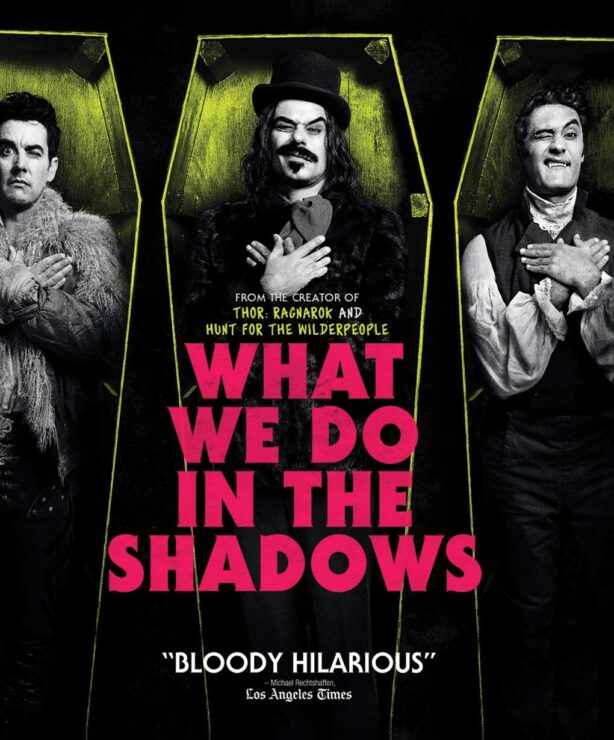 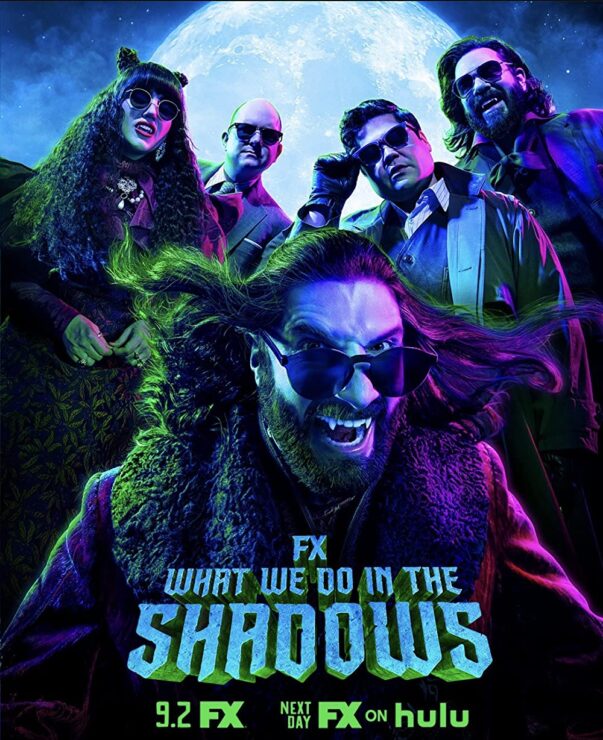 Maybe you’re craving more Taika Waititi and Rhys Darby content. And truly, who isn’t? Our first rec is What We Do In The Shadows (2014). WWDITS is filmed as a mockumentary, or a “mock documentary” about a group of vampires living together in Wellington, New Zealand. The friends’ melodramatic, socially awkward, and raunchy antics make for hilarious horror cinema. And later in the film you’ll get the treat of Rhys Darby as a werewolf pack leader who insists they are “werewolves, not swearwolves.”

Sadly, WWDITS is only 85 minutes long. But you can remain in the universe with FX’s What We Do In The Shadows (2019) television series.  Set in modern day Staten Island, New York, the show’s protagonists have changed, but the original What We Do In The Shadows ambiance is still there. WWDITS on FX has three seasons with a fourth on the way, so there’s plenty to sink your teeth into. 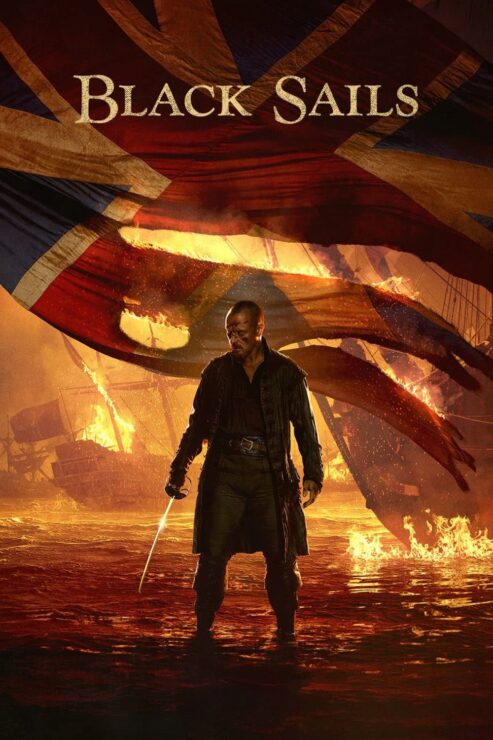 Black Sails (2014) is truly one of the best pieces of pirate media of all time. The Emmy-award winning STARZ series is a prequel to Robert Louis Stevenson’s Treasure Island novel. It centers around the exploits of James Flint, John Silver, and real-life pirates like Anne Bonny, Jack Rackham … and a very different Blackbeard from Our Flag Means Death. Although Israel “Izzy” Hands isn’t so unrecognizable.

Look, you should absolutely watch Black Sails. But fair warning that this historical drama’s tone is decidedly dissonant from a comedy. Black Sails is inspiring yet unsettling — you may want to peruse a trigger warning list before you hit play. There is graphic violence, and characters suffer immensely even when there is victory. Still, there is hope and the minorities who are faced with persecution often persevere. Thus with four seasons of hourlong episodes, you’ll be sure to find weeks of intellectual stimulation and entertainment. 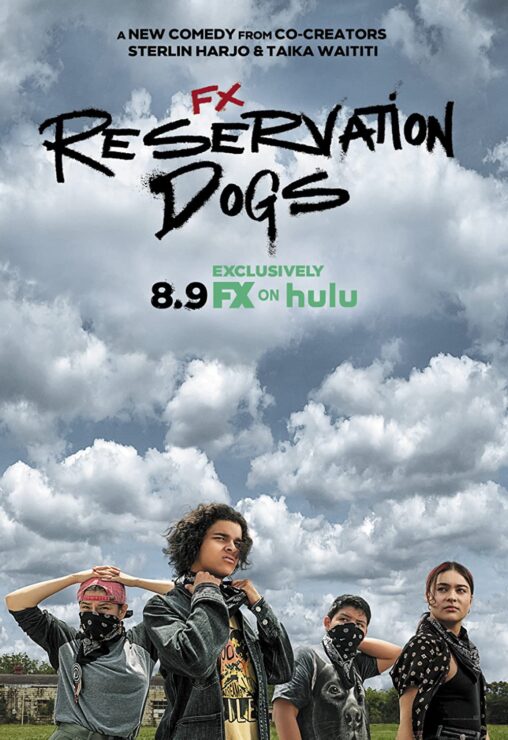 Reservation Dogs (2021) is a comedy-drama that takes place in rural Oklahoma. It features four Native teens as they navigate the difficulties of poverty. Pursuing their dreams to escape to the idyllic state California, these “Reservation Dogs” come up with elaborate schemes to earn money, all while making ends meet for their families and mourning the death of one of their closest friends.

The series has tons of heart just like Our Flag Means Death. However, the humor is far more understated. And your protagonists are coming of age in a part of America we don’t often see onscreen, so expect a coming-of-age drama that both compares and contrasts to your own. Currently there’s a full season of eight episodes on Hulu, with season 2 set to premiere later this year. 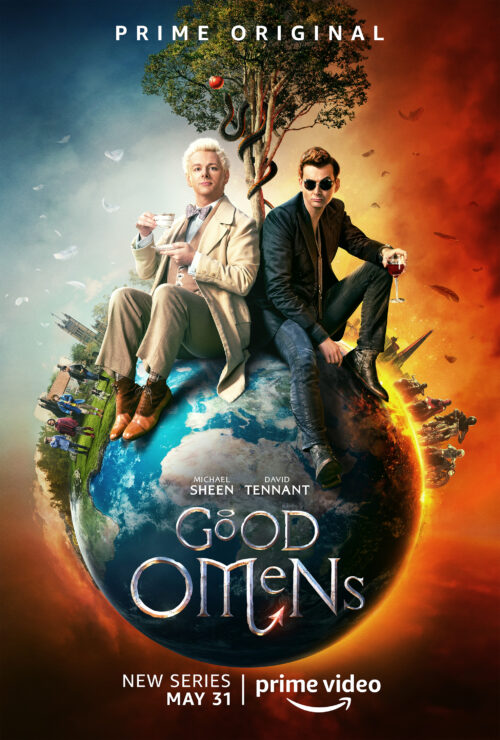 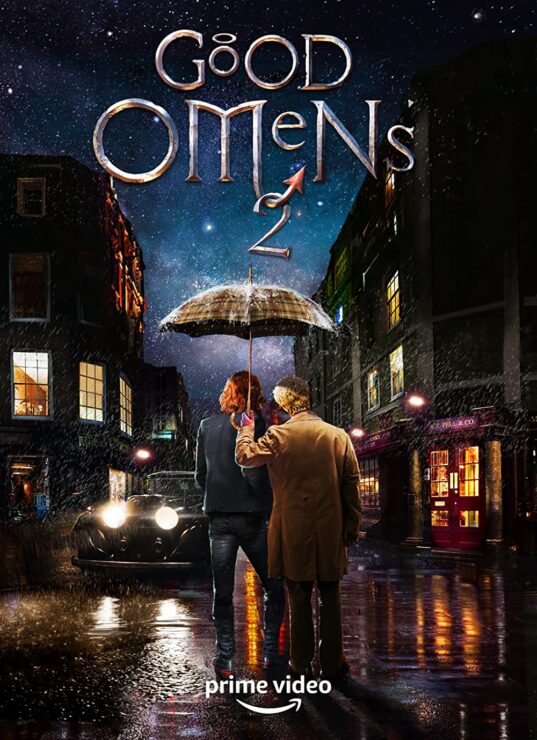 Differences: Fantasy, based on a book

Good Omens (2019) is based on the novel of the same name by Terry Pratchett and Neil Gaiman. Season 1 introduces us to Crowley and Aziraphale, a demon and angel duo who must save the world after the Antichrist is mistakenly misplaced. What follows is hilarity, magic, mayhem, and a slow-burn romance narrated by Frances McDormand as God. While — spoiler alert — you shouldn’t expect a kiss, the chemistry and love story are just as heart-melting as Our Flag’s Stede and Ed.

Recently, Amazon Prime announced there will be a second season of Good Omens. Based on early draft musings for a book sequel, season 2 sees us back in Soho for some quiet living and a new mystery. There’s no release date at this time, but you can binge all six episodes of season 1 anytime on Prime.

Illustrated above in gorgeous Cornetto Trilogy lithograph prints by Doaly, the Cornetto Trilogy encompasses Shaun of the Dead (2004), Hot Fuzz (2007), and The World’s End (2013). It’s a British comedy anthology series with common themes and cast members. Each also depicts struggles with maturity and finding your purpose in life, as well as romance — themes we can recognize from Our Flag Means Death.

Of course, Edgar Wright’s directorial style is quite different from our beloved pirate show. The Cornetto Trilogy films have heaps of cherry red fake blood, a smattering of zombies, and sometimes sophomoric jokes. But between the crazy colors and drunkenness there’s a real human element. And plenty to laugh about. 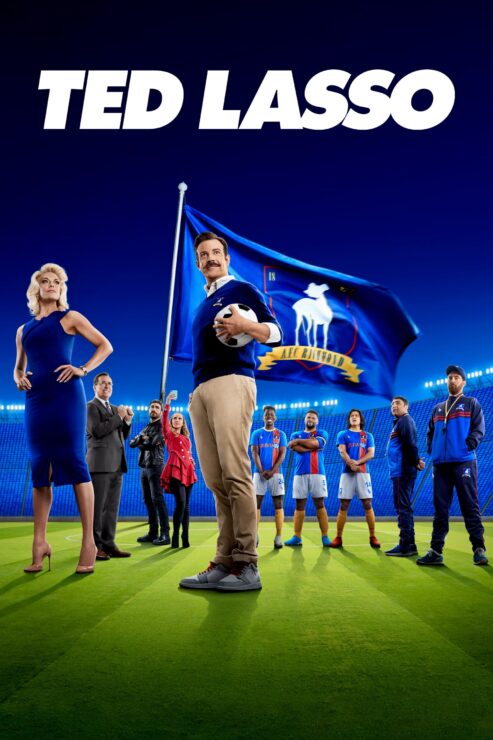 Finally, if your favorite part of Our Flag Means Death is that it makes you feel all warm and fuzzy inside, might we suggest Ted Lasso? In this Apple TV+ original series, American college football coach Ted Lasso is hired to coach an English soccer team. Lasso is optimistic, cheerful, and generally the opposite of many of the skeptical Brits. He also has to earn their trust as a coach, considering his inexperience with the sport.

Sounds an awful lot like Stede’s struggles with his own pirate crew, doesn’t it? That’s exactly our point. We do hope the “soft protagonist with a heart of gold” sticks around, because we like it an awful lot. And you can watch two seasons of Ted Lasso now, with the confirmed renewal of a third season, to help tide you over while you await Our Flag Means Death’s uncertain fate.

Will you be adding any of these recommendations to your to-watch list? Let us know in the comments, and don’t forget to Let Your Geek Sideshow!