WandaVision is over but luckily there won’t be too long of a wait to get a weekly dose of the Marvel Cinematic Universe. The Falcon and the Winter Soldier is nearly here and will soon be available to watch on Disney+. 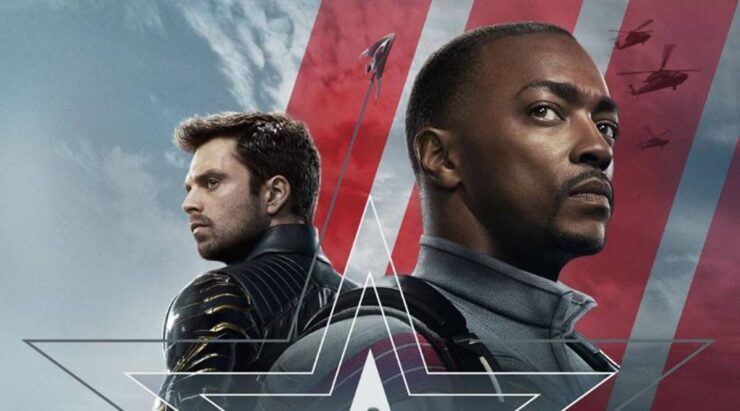 Until the series premiere, Marvel has left enough bread crumbs for fans to discuss. Keep reading to go over the biggest details we know about the series, including its release date, plot, and more.

Here is what we know about Falcon and Winter Soldier’s new show.

Gone are the days when Marvel fans had to wait long months to watch two or three Avengers films a year. Now with the Disney+ streaming service, superhero fanatics can get their cravings satisfied every week.

Starting this Friday, March 19, the streaming platform will air weekly episodes around 12 a.m. PST/3 a.m. Eastern. Each episode is expected to have a runtime of about 40–50 minutes. The series will consist of six episodes, airing until the finale on April 23.

The Falcon and the Winter Soldier Final Trailer

WandaVision is over but luckily there won't be too long of a wait to get a weekly dose of the Marvel Cinematic Universe. The Falcon and the Winter Soldier is nearly here and will soon be available to watch on Disney+. Until the series prem

Like most things Marvel puts out, The Falcon and the Winter Soldier trailers have garnered lots of attention and buzz, with the show’s Super Bowl trailer particularly tallying up views—about 125 million in 24 hours. In total there have been 3 trailers (you can watch the first here).

The final trailer premiered this Monday, and it’s full of action-packed scenes that rival cinematic blockbusters such as those in the Mission Impossible and James Bond franchises.

What We Know About the Plot

So, what do we know about The Falcon and Winter Soldier plot? The synopsis describes it as “team up in a global adventure that tests their abilities—and their patience…” That may be short, but the trailers have revealed enough to get a good idea of the actual story to come.

In the final trailer we see the emotional aftermath following the events of Avengers: Endgame. The world has lost Captain America and anxiously waits to see who will be the one to take on the mantle.

Of course, Endgame concluded with Steve Rogers handing the proverbial torch (and literal shield) down to Sam Wilson but the trailer shows Falcon lacking confidence. He’s unsure if the title truly belongs to him. He’s brimming with potential—the first shot shows him easily maneuvering the shield and showing off expert martial arts moves—but saying, “It feels like it belongs to someone else.”

Bucky also struggles with his identity and losing his longtime friend. Marvel has explained the show will have a buddy-cop feeling with Sam and Bucky, longtime frenemies and proclaimed “co-workers…not team members,” learning to work together and taking on Flag-Smashers, a group of masked villains ready to start a war.

We also know who the series will star. First, a Falcon and Winter Soldier show would not be complete without Sam Wilson and Bucky Barnes, of course. Anthony Mackie and Sebastian San will be back to reprise their cherished roles. Other returning actors include Daniel Brühl as the main antagonist of the series, Baron Helmut Zemo, and Emily VanCamp as Sharon Carter, Peggy Carter’s daughter and mercenary.

MCU newcomer Wyatt Russell has also been confirmed to be cast as John Walker, who comic fans might know better as U.S.Agent.

Tune in this Friday on Disney+ to catch the first episode of the highly anticipated Marvel series.

Are you ready for The Falcon and Winter Soldier premiere? What are you most looking forward to? Let us know in the comments below!