2020 was a colossal dumpster fire, and that’s something on which we can all agree. Thankfully, TV has provided excellent programs aplenty to keep us all entertained amid trying times. These shows offer much-needed escapism from our living rooms.

DC’s animated show Harley Quinn has been a saving grace for me. Now, I’m incredibly picky when it comes to DC properties. The studio’s television slate has, for the most part, left something to be desired, especially in comparison to Marvel.

However, Harley Quinn took me by surprise. It’s clever, fun, and a releaser of endorphins. It also boasted a heartfelt and well-written love story culminating into a satisfying Season 2 conclusion. Yes, folks: Harlivy is official.

Below, I’ve compiled a list of things I’d like to see in Harley Quinn Season 3, which has already been confirmed for the HBO Max streaming service- huzzah! Peruse at your own peril.

This one is obvious and will most certainly be a focus for next season, but I felt it had to be said. I want to see Harley and Poison Ivy basking in domestic bliss. It’s necessary… for science. Plus, I think the pair deserve it after everything they’ve been through.

From Ivy dying in the Season 1 finale to dodging the Ivy/Kite Man nuptials in the Season 2 finale, this duo has been through the wringer. So many will-they-won’t-they moments! The lovelorn glances! The longing gazes! This show has done a superb job in developing Harley and Ivy as a couple. Now, I demand to see the fruits of that labor!

I can imagine Harley being the messy one of the pair, while Ivy strives to keep a tidy house. They go on a double date with Catwoman and her beau and awkwardness ensues. Or we learn that Harley is really into celebrating Christmas while Ivy doesn’t like the idea of having a living tree in their household. You know, couple stuff. It’s comedy gold! Bring it on, I say!

Firstly, Tony Hale is an international treasure. Secondly, Psycho provides the sass and snarky dialogue that play an integral part in making Harley Quinn so great. Sure, he definitely wronged Harley by trying to usurp her. Yes, he’s currently rotting in Arkham Asylum. But what if he breaks free and tries to duke it out with Harley again?

I can’t imagine them joining forces from the get-go, but I would like to see them duel it out once more or reticently team up for a special mission. Anything to keep Tony Hale on the show.

Here’s a thought: what if Psycho escapes Arkham Asylum, forcing Harley to join Wonder Woman in taking him down? That might be interesting to watch unfold. Regardless, we need more Psycho sarcasm. 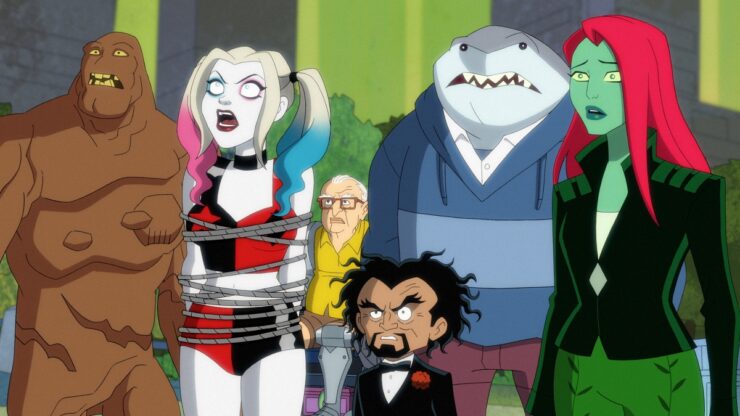 Give Clayface a Starring Role in a Film/Stage Production

Lights, camera, Clayface! Alan Tudyk‘s turn as Clayface is, undoubtedly, one of my favorite voiceover performances ever (though he also makes an exemplary Joker). Clayface never comes across as inherently villainous on Harley Quinn. He actually appears to have more of a soul than most baddies on the show. And he’s made of clay!

Clayface’s avid love for acting comes into play quite a bit throughout the first two seasons. Any time Harley sent her crew undercover, Clayface was bound to curate an intricate backstory for his new persona.

I think it’s time to give him the starring role he deserves. Leonardo DiCaprio, who? Clayface is the new Hollywood A-lister! It doesn’t have to be a lavish film project — I’d settle for Clayface snagging the lead role in a Gotham community theater production of Oklahoma! Or, perhaps he’s the understudy to the lead.

Harley and her squad could take out the obstacle in question, make it appear to be an “accident,” and thus the plum role falls into Clayface’s lap. But now there are only two days to prepare until opening night! Not to worry. You and I both know Clayface was off book on the first day of rehearsal.

I liked the idea of Birds of Prey. I thought the actors were right for their roles. That being said, I don’t think the flick was properly executed. I’d like for Harley Quinn to remedy that.

Now, we don’t necessarily need the same characters to return. It could be Harley, Ivy, and Catwoman. Perhaps throw in Cheetah for good measure, since Wonder Woman 1984 is currently in the zeitgeist. I’d also love to see Enchantress (sans Cara Delevingne) or Livewire.

Perhaps the Justice League needs to be taken down a few notches. Enter: Harley and her team of supervillainesses.

I trust the writers of Harley Quinn to conjure up a catchy group name. Sprinkle in some zingy humor, snappy one-liners, Harley’s acrobatics, an artful display of villainous powers, and voila! You’ve got the recipe for a formidable team unlike any other. Sorry, Birds of Prey. I just think this show can do it better. 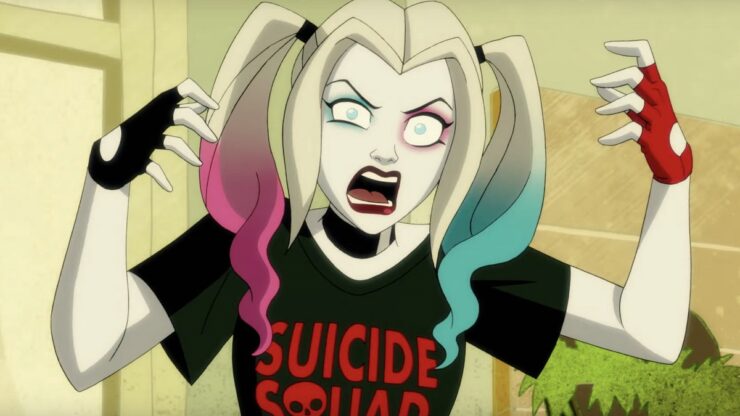 Harley Revives the Legion of Doom Under Her Command

The whole premise of Harley Quinn was to have our titular former sidekick strike out on her own without Joker. Overtake Gotham and solidify herself as an ominous villain in her own right. While she (sort of) accomplished that, Harley could do more.

The Joker blew up the Legion of Doom, and the only major players from the organization besides himself that remain are Bane and The Riddler. Well, and Lex Luthor, but he doesn’t operate out of Gotham.

Joker has more or less become domesticated with his new, and surprisingly normal, beau in Season 2. Harley has proven herself time and again as a serious foe.

Perhaps she could widen her scope by reviving Gotham’s Legion of Doom. Invite new members to join the madness. It could be a blast! I could see her struggle to wrestle command of the Legion of Doom to be an obstacle, but a fun one to explore nonetheless.

What are you hoping to see play out in Season 3 of Harley Quinn? Let your Geek Sideshow and sound off in the comments below!

Deadpool 3 Confirmed In the MCU, Black Panther 2 Update, and more!

Star Wars Music, Bizarre Albums, Meeting Muppets, and more with Musician/Host Tony Thaxton of Sideshow's Side Show with Jeff May