Who Are Marvel’s Eternals and Celestials?

Marvel’s Eternals is set to release on November 5, 2021. The third installment in Marvel Studio’s Phase Four, this MCU film follows a race of immortal beings called Eternals. These beings have lived on Earth throughout all recorded history, rarely interfering yet undoubtedly shaping history and the world’s civilizations.

But who are the Eternals? And who are the Celestials to whom they answer? Before you hit the theaters, let’s explore the history of the characters, as well as their lore, and answer some important questions about our newest super hero family.

Celestials are cosmic entities that date back to the first known existing universe. These so-called “space gods” visit other planets to assess their lifeforms, judging which are worthy and which are inferior. From the baseline species of the planet, Eternals and their evil counterparts, Deviants, are formed.

Thus, one million years ago, Celestials created 100 Eternals for Earth. And then the Celestials vanished — though if the Eternals trailers are any indication, these destiny shapers are still calling a lot of shots.

An evolutionary offshoot of humanity known as Homo immortalis, Earth’s Eternals are the guardians of the human race. These immortal heroes are gifted with extraordinary abilities and powers that make them the perfect protectors. In the MCU, our new heroes have lived somewhat secretly on Earth for 7,000 years.

They appear now to help humanity after the events of Avengers: Endgame (2019) and the return of half the world’s population following Thanos and Iron Man’s Snaps. Many have questioned why the Eternals were absent from the Avengers’ war. The reason is that the Eternals were instructed not to interfere unless absolutely necessary — that is, unless Deviants are involved.

The Eternals’ fight in the film will be against their Homo descendus, or Deviant, brethren. So with the unexpected, foreboding “emergence” beginning, it is absolutely necessary the Eternals come together once again to defend the planet. Director Chloé Zhao’s Eternals (2021) will focus on ten specific Homo immortalis. 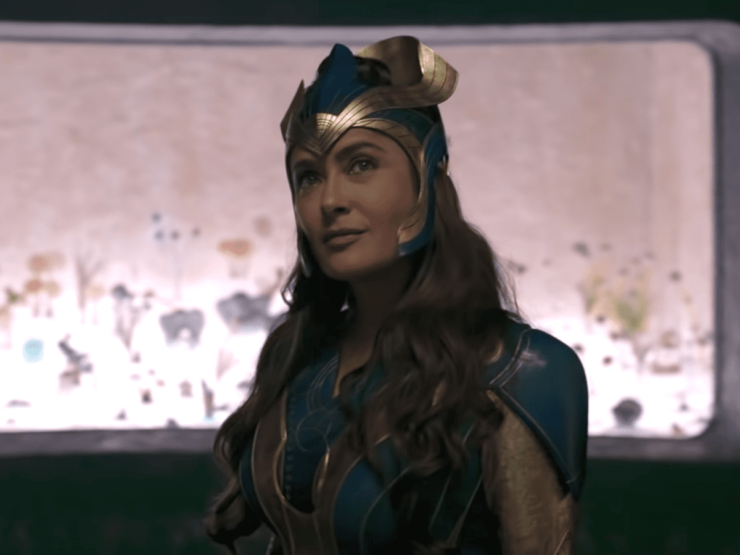 Ajak is the leader of the Eternals team and serves as the bridge between the Eternals and Celestials, most likely because she’s able to communicate with her creators when the other immortals cannot. Wise, caring, and in awe of humanity’s resilience, Ajak appears to lead the charge to reunite her Eternals after the emergence is triggered. She is a mother figure to the group, and also has the ability to heal. 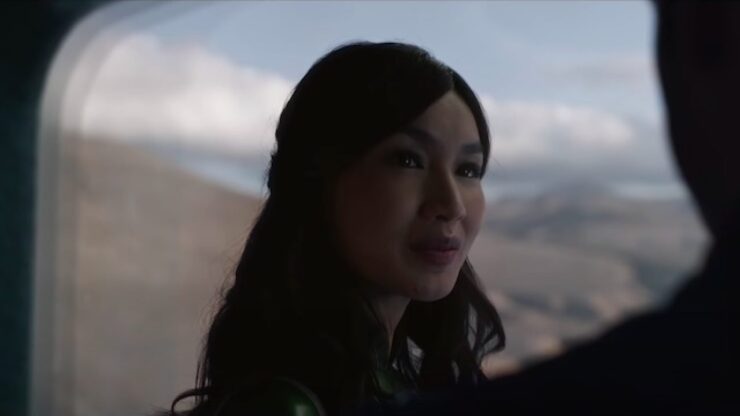 Sersi has the strongest connection to humankind and planet Earth. Described as gentle, vulnerable, and compassionate, Sersi is sensitive and empathetic toward human plights and is even functioning quietly in the human world as a museum curator at the Natural History Museum in London, England.

She possesses the ability to manipulate inanimate matter. She is also described as having important relationships with Sprite, Ikaris, and a human named Dane Whitman. 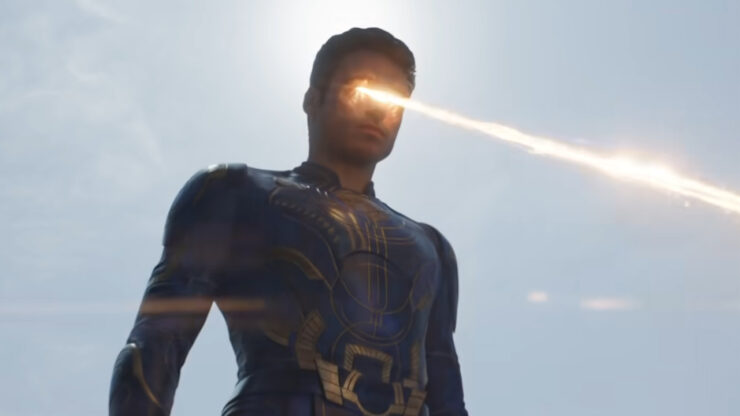 Based on his interactions with Ajak in the final Eternals trailer, Ikaris is second in command. He is one of the most powerful Eternals, able to fly and project deadly golden energy rays from his eyes. Although he takes his role seriously as a protector, he is rather detached from humanity, as his long lifespan and their brief time on Earth keeps him emotionally distant. 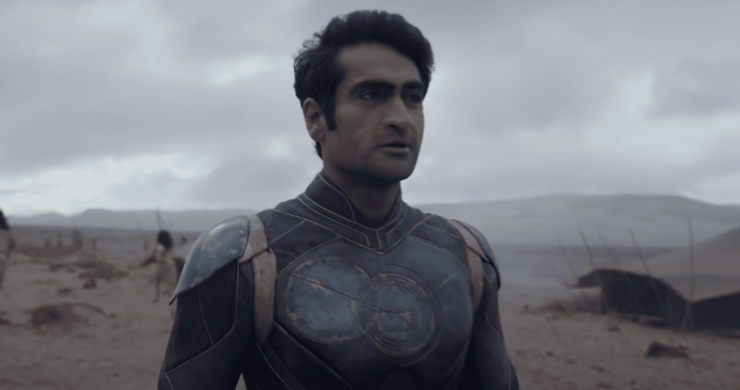 Kingo projects cosmic energy from his hands. He is one of the most lighthearted of the superhuman Eternals. He is a master swordsman, a dancer, and a jokester. During his time on Earth he became enamored with the concept of fame. In order to blend in, then, Kingo becomes a popular Bollywood film star and producer. 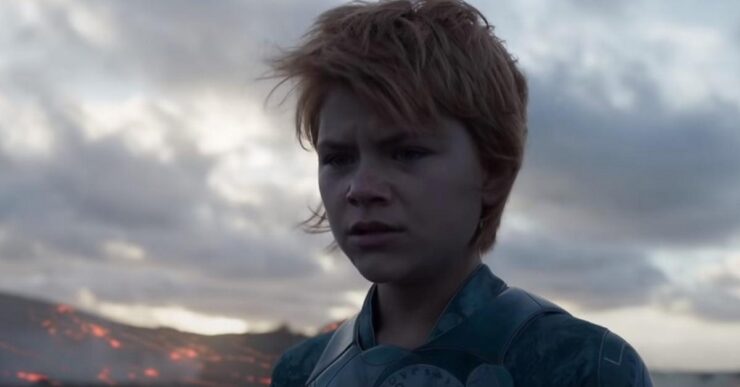 Although this character may appear to be only twelve years old, Sprite is just as ancient as the other Eternals and is described as an old soul. What we’ve seen of Sprite so far shows that she values her relationships with the other Eternals highly. Her powers include creating lifelike illusions out of golden energy; in one instance from the film footage, she decorates the sky with pseudo-fireworks. 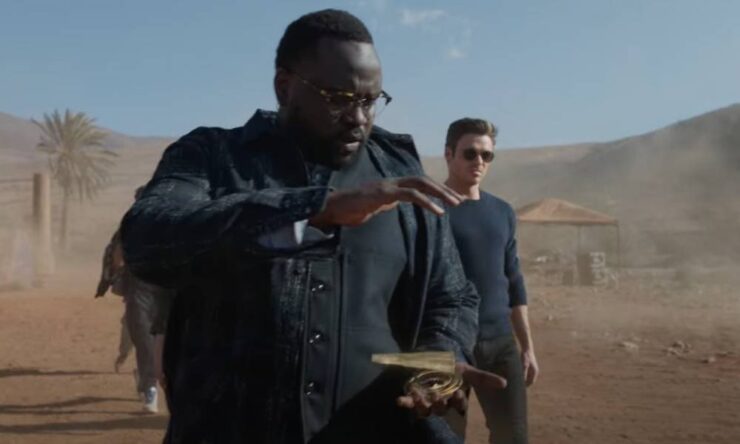 Phastos is an incredibly significant addition to the Eternals lineup. The first Black gay man in the MCU, Phastos lives with his partner and child, and seems far removed from cosmic conflicts. Clearly well-adjusted to a simple suburban life, Phastos is also extremely intelligent. He is an inventor of various technology and advanced weapons. 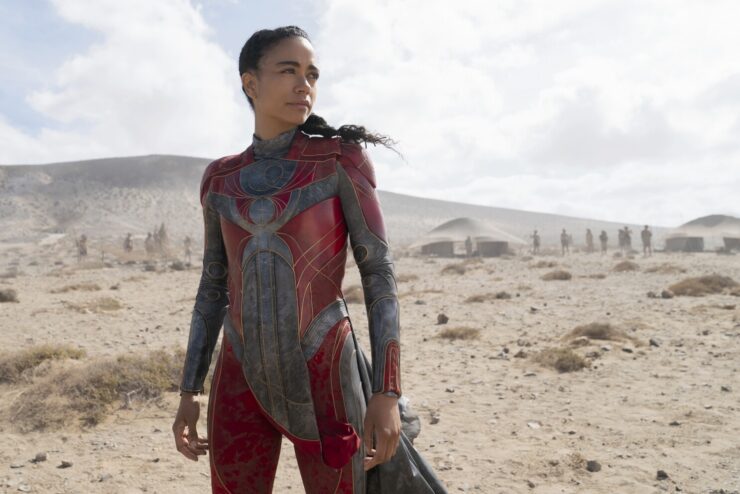 Like Phastos and Ajak, Makkari has been altered dramatically from her Marvel Comics counterpart — much for the betterment of the Eternals team. She is the first deaf superhero in the MCU. Makkari has super speed and appears to be romantically involved with another Eternal named Druig. 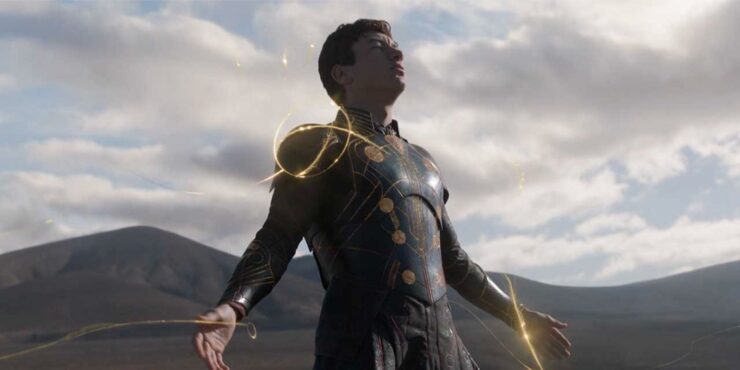 An aloof Eternal who can manipulate minds, Druig seems to be the most morally gray of the bunch. In the comics, Druig is a being capable of great cruelty. He tortures humans for pleasure, and even attempts to betray Ikaris. It is unclear whether or not the MCU Druig will share his comic counterpart’s troubled — and troublesome — personality. 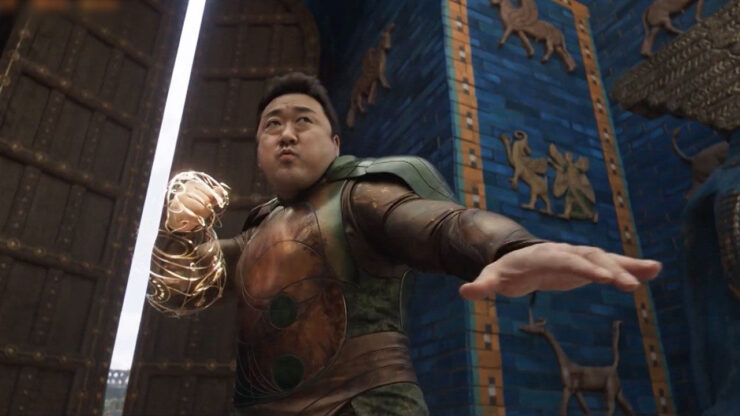 Gilgamesh is the strongest Eternal. Also known as the “Forgotten One,” this warrior and adventurer has long been mistaken as heroes from legend such as Gilgamesh or Hercules, hence his current alias. He is a proud fighter, with a strong connection to Thena. 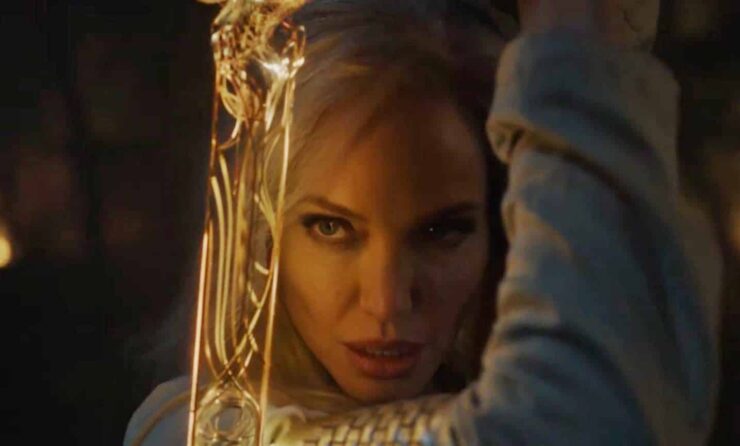 An Eternal who can form any weapon out of cosmic energy, Thena’s ability to wield various weapons and her athletic ability make her an elite warrior. There is a scene in the trailer where she is taken hostage by a Deviant yet remains unfazed by its harassment. This makes it seem as though she has a calm, levelheaded personality, though her fighting style appears slightly extravagant.

Are you looking forward to Eternals? Which characters are you most excited to learn more about? Let us know in the comments, and don’t forget to Let Your Geek Sideshow!