Star Wars™: Who are the Members of the Bad Batch?

In July of 2020, it was announced that The Bad Batch, a new spin-off to the immensely popular Star Wars™: The Clone Wars animated series, would be coming to Disney+. Since that day, fans have been clamoring to learn more about the series, as only a few teasers and trailers have been released. Well, the wait is almost over as The Bad Batch will be premiering on May 4th, 2021.

As this is brand new series, it should be easily accessible, even for those that haven’t watched all 133 episodes of The Clones Wars. That said, there are still a few things you may likely need to know before the show begins.

Just Who Exactly Are The Bad Batch?

The Bad Batch is the nickname given to Clone Force 99, a special forces squad within the army of the Republic. Each member of the squad has a mutation that sets them apart from a standard clone trooper. These mutations also give each team member a specific enhanced ability. They are led by Hunter, a Clone Sergeant who has enhanced senses capable of detecting electromagnetic signals.

The rest of the squad includes Wrecker, a clone with enhanced strength and physical prowess, Tech, the brains of the operation, and Crosshair, who has enhanced visual capabilities and superior aim. They are eventually joined by Echo, who, while was not born with a mutation like the others, had been turned into a cyborg by Separatist Forces.

Together they serve the Republic, taking on missions deemed too dangerous or specialized for a standard clone team. 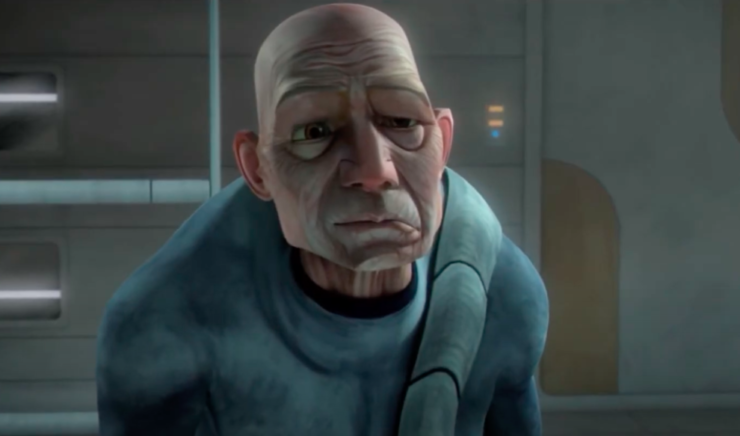 Clone Force 99 is so named in honor of “99,” a clone who could not serve in the republic’s army due to unforeseen physical defects. 99 was stationed at the main clone facility on Kamino, given the job as a janitor and maintenance man. While his job may not have been the most important, he took it very seriously. 99 only dreamed of being able to serve with his brothers in arms, and he did whatever he could to keep their spirits alive. Because of this, he was able to befriend many of the clone squadrons stationed on Kamino.

When General Grievous and Asajj Ventress attacked the cloning facility, 99 did his part in the battle, running weapons and ammunition to the various clone factions fending off the Separatist’s battle droids. Threatened to be overrun by the enemy forces, 99 was able to lead a small group of troopers to the armory so they could resupply and defend themselves. The clones were able to push back and defeat the remaining droids, but not before 99 was mortally wounded. He died a true soldier in the eyes of his brothers.

What Happened to Echo? 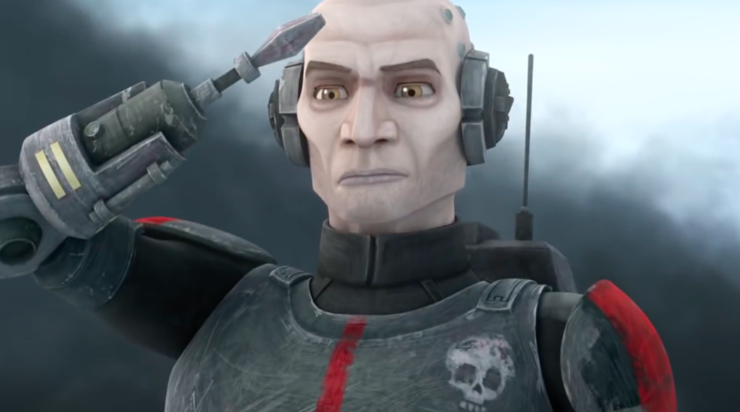 Trooper CT-1409 was given the nickname Echo by the other squadron members due to his slightly annoying habit of repeating orders. This, however, did not prevent him from becoming a stellar soldier, joining the 501st legion and eventually reaching the elite rank of Arc Trooper. Always a diligent soldier, Echo was able to adapt quickly to unexpected situations when they presented themselves on the battlefield.

On a mission to save Jedi Master Even Piell, Echo and the rest of the 501st infiltrated a Separatist prison facility. While the rescue of the Jedi Master didn’t go as planned, the overall mission was a success. However, the unit took heavy losses, including Echo, who was killed in an explosion while trying to protect the team’s escape shuttle.

Or at least, that’s what everyone thought had happened.

In truth, the explosion only maimed Echo, but did not kill him. He was captured by the enemy and forced to undergo cybernetic modifications by the wicked Admiral Trench, in order to tap into the clone’s training and genetic programming. More machine now than man, the Separatist’s forces hoped to use the knowledge in Echo’s brain to decipher Republic plans and predict potential battle strategies.  This was eventually discovered by Commander Rex, who, along with Clone Force 99, saved Echo from the clutches of Trench’s programing.

Once the battle was over, Echo decided to stay with Clone Force 99 rather than return to the 501st, and became the fifth member of The Bad Batch.

The Clone Wars Are Over. Now What?

The new series seems to pick up directly after the end of the war. Based on the trailers, it looks like Clone Force 99 has gotten on the wrong side of Grand Moff Tarkin, and is now on the run from Galactic Empire.

How will it all play out? We’ll have to tune in to the May 4th series premiere on Disney+ to find out more!

Are you excited about the new series? Who is your favorite squad member of The Bad Batch? Let Your Geek Sideshow and tell us below!

Connect with D. A.
Write or view comments